Not “Raptor” and not “Black Widow”

Until recently, the Japanese hoped to get American F-22s, but the Americans made it clear that this car would never be exported. Meanwhile, the issue of replacing the fourth generation has not gone away. And we are talking not only about the replacement for the F-4 and F-15, but also for the Mitsubishi F-2, which is nothing more than a deep modernization of the F-16. Now these machines are the backbone of the Japanese Air Force: a total of 94 production vehicles were built, eighteen of which were damaged as a result of the tsunami that occurred on March 11, 2011. Some of the damaged fighters had to be written off.

Today, the main hope of the Japanese is the delivery of American F-35s. The Air Defense Forces have already delivered eighteen F-35A aircraft (one of them crashed on April 9, 2019). On July 9, it became known that the US Department of Defense Agency for Military Cooperation sent a message to the US Congress about the planned upcoming sale of 105 F-35s to the Japanese: 63 “regular” F-35A and 42 – F-35B with a short takeoff and vertical landing.

But what about the development of a national fighter? For a long time, it was believed that the Land of the Rising Sun would not go beyond the creation of the Mitsubishi X-2 Shinshin technology demonstrator, which first took to the skies on April 22, 2016. However, it soon became clear that the F-35 alone was not enough for the Japanese. Such giants as BAE, Lockheed Martin and Northrop Grumman wanted to help them in the development of their fighter. Behind the latter is the development of the YF-23, a competitor to the F-22, which “did not fire”. 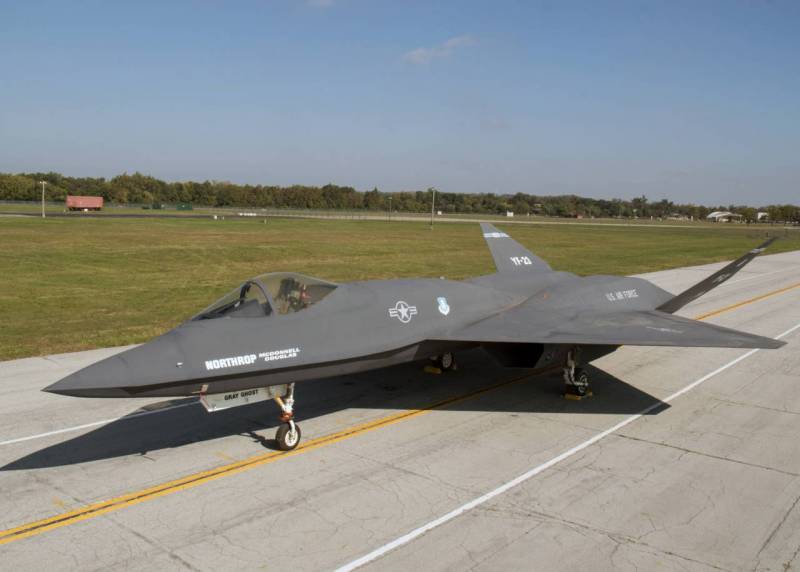 Experts believed that Japan could order Northrop to create a promising machine based on YF-23 technologies. In turn, LM wanted to play on the Japanese desire for an F-22. “Lockheed Martin is encouraged by the ongoing dialogue between the US government and the Japanese government regarding plans to replace the F-2 in Japan and looks forward to detailed discussions with the Japanese industry,” the company said earlier. The company’s proposal involved the creation of a kind of hybrid of the F-22 and F-35.

However, on March 27, 2020, Reuters, citing its sources, reported that Japan wants to develop a new generation fighter itself, they decided to refuse proposals from foreign partners. The next stage, which logically follows from this, was the formation of the appearance of the future car. It is too early to talk about exactly what the new aircraft will be, but the overall concept is clear on the whole.

In short, the car will have almost nothing to do with the X-2 Shinshin, also known as the ATD-X. A recent financial report from the Japanese Ministry of Defense refers to a certain Next Generation Fighter – a large multipurpose combat vehicle (Shinshin is comparable in size to the Gripen fighter). An image of the fighter was also presented there: outwardly, the concept is similar to the sixth generation heavy fighters currently being developed in Europe – the British Tempest and the pan-European FCAS. 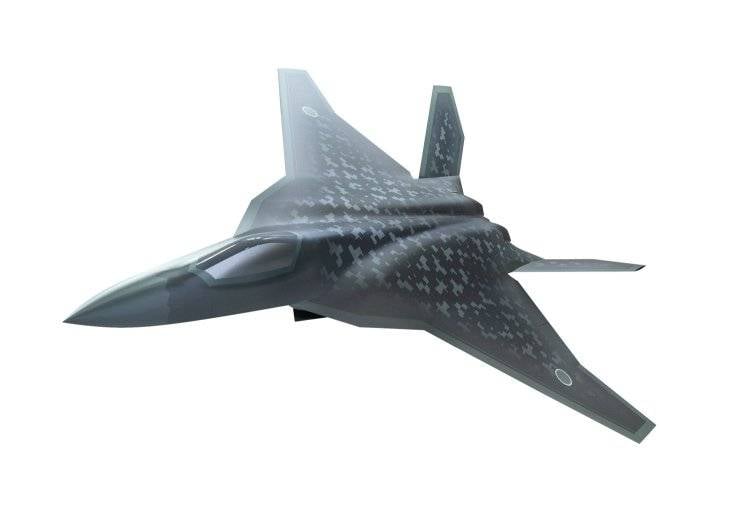 The next big news was the information presented in July this year by Defense News. According to this data, on July 7, the Japanese Ministry of Defense presented a draft plan for the development of a new fighter. The general contractor for the program will be selected by early next year, and this may happen as early as October 2020. This step will allow you to determine the basic parameters. The next stage will be the production of the first prototype of the fighter, which is scheduled to begin in 2024. Flight tests are going to be carried out in 2028, and the serial production of the fighter is scheduled for 2031. The beginning of the full operation of the machine, according to the information provided, can be expected in the mid-2030s.

From the outside, all these dates seem too optimistic, especially considering that after the Second World War, the country practically did not develop its own fighters from scratch. The only exception is the Mitsubishi F-1, a Japanese fighter-bomber based on the Mitsubishi T-2 trainer and has already been removed from service. 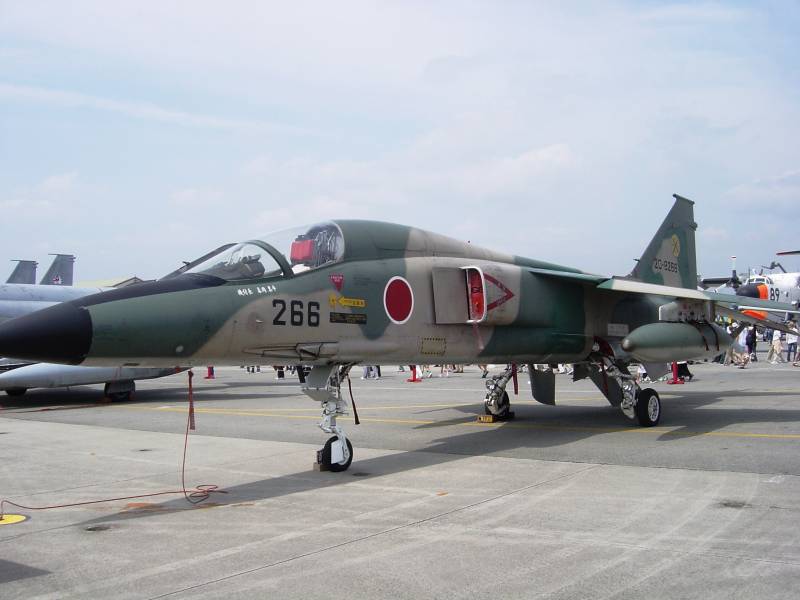 If we assume that the Japanese manage to meet the deadlines, then they can get a new generation fighter earlier than the Europeans. Recall that the aforementioned Tempest and Franco-German fighters intend to enter service around the end of the 2030s, when the Dassault Rafale and Eurofighter Typhoon will no longer meet the requirements of their time.

Going forward, the new Japanese fighter will replace all 90 Mitsubishi F-2s that are due to be decommissioned in the mid-2030s. It’s too early to talk about what opportunities the new product will have. The Japanese stated that the new aircraft should be stealthy and compatible with US military systems. Probably, we are talking about a partial unification of systems, as well as the ability to exchange information on the battlefield.

The development of a national fighter jet is directly related to the realities that are taking place in the Asia-Pacific region. On the one hand, there is a clear strengthening of China, which, we recall, adopted its own fifth-generation fighter J-20 back in 2017. On the other hand, the unpredictable US policy in recent years, as well as frequently repeated theses about American isolationism. 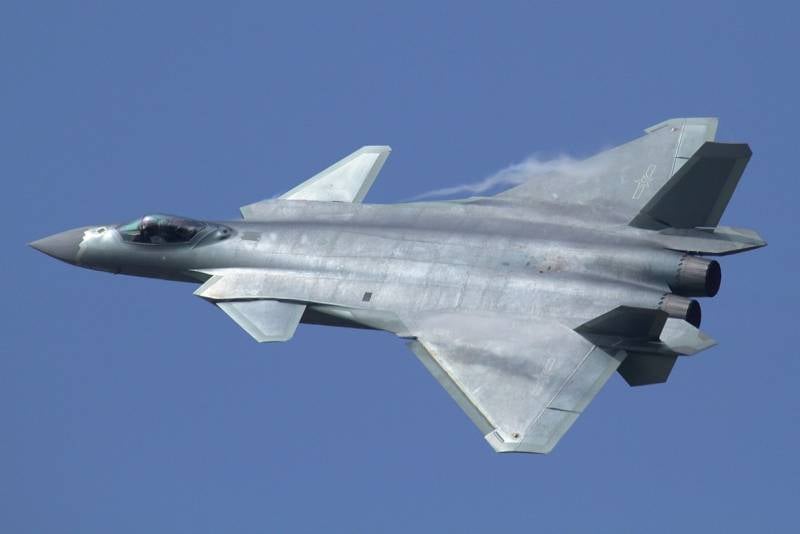 Simply put, the Land of the Rising Sun understands that at some stage, it may have to be left alone with threats. And in this situation, it is better to have a developed military-industrial complex (this also applies to aircraft construction), rather than forever relying on the distant United States. Fortunately, Japan can afford it. At least from a purely financial point of view.

The promising Japanese fighter is also a response to the emergence of the Su-57: a conceptually more successful machine than the Chinese J-20. In addition, do not forget that the capabilities of the Mitsubishi F-2, which does not have stealth technology, can be largely offset by the new Russian S-400 and S-350 anti-aircraft missile systems.

In theory, Japan could limit itself to purchasing F-35s, acquiring additional Lightnings in the future and bringing their total number to several hundred. However, it must be assumed that the national prestige of one of the world’s leading economies, as well as the anti-American sentiments, played a role.