Caleb Larson of The National Interest has an interesting perspective on Russia’s only aircraft carrier. Larson thinks Admiral Kuznetsov is “junk.” And he immediately raises the question, why does Moscow continue to support him?
Russia’s Only Aircraft Carrier Is Junk. So Why Is Moscow Sticking With It?

The Admiral Kuznetsov will probably sail smokily into the future with tugs in tow.

Surprisingly, Russia is still making plans to keep the Admiral Kuznetsov afloat. And this is surprising and strange at the same time from the American point of view.

Admiral Kuznetsov is the only Russian aircraft carrier. More precisely, an aircraft carrier. It has suffered many setbacks – its dry dock sank in 2018 and a nearby 70-ton crane crashed into the deck, killing four people and leaving a giant crater in the flight deck. At the end of 2019, the ship caught fire during repair work. In short, there are many problems. But “Admiral Kuznetsov” will sail further. At the very least, the Russian naval department is showing determination in implementing these plans.

The non-nuclear aircraft carrier (technically classified as a heavy aircraft carrier for the purpose of legal passage through the Turkish Straits) has a reputation for being a very unreliable ship.

Part of the problem stems from its rather ancient steam turbines and boilers. When deploying the Admiral Kuznetsov, she always accompanies the tug to provide support in the event of a breakdown that will prevent the aircraft carrier from reaching the port on its own.

But why? Is there really something wrong with the ship? Maybe it’s really time to sprinkle with holy water?

In an interview with The Telegraph, Peter Roberts, a naval expert at the Royal United Services Institute, explained the perception of “damned” ships in naval culture.

The Admiral Kuznetsov is one of those ships that go awry because of design and just luck. Anyway, this is not the ship you would like to be on. “

Indeed, many incidents in the recent past only confirm Roberts’ statements.

After being ordered to deploy Admiral Kuznetsov in Syria in 2017, he was escorted across the English Channel by Royal Navy ships. While passing through the channel, thick black smoke rose from the chimneys of the aircraft carrier.

This fact has been widely ridiculed on social media as a serious danger. For the environment.

During the operation in Syria, “Admiral Kuznetsov” lost two of its aircraft out of the blue. Non-combat losses were twice as many.

In 2018, the Admiral Kuznetsov was undergoing repairs and maintenance when the dry dock on which it stood, PD-50, sank. When the dock sank, a 70-ton crane also crashed onto the ship, knocking a huge hole in its hull.

Plans to lift the PD-50 are apparently under development, although this remains to be seen. However, it is almost certain that the Admiral Kuznetsov will most likely not cope with the overhaul of its propulsion system, which was originally planned to be completed in 2021.

Most recently, the “Admiral Kuznetsov” was in Murmansk, moored for repairs. A fire broke out on the ship, presumably caused by the fact that hot metal from welding fell onto the oiled cloth, which then ignited the electrical wiring. The fire destroyed everything in an area of ​​600 square meters. m and it took about 20 hours to take it under control.

Although the fire was not serious, it caused massive damage of $ 1-1.5 billion and claimed two lives.

One source suggested that the high cost of repairing the aftermath of the fire may have been because the fire destroyed materials and components for repairs concentrated on the deck while awaiting installation.

In general – a very strange ship.

If Russia does have a need for an aircraft carrier, then the question of whether the money can continue to be spent on repairs elsewhere is moot. What, however, is undoubtedly the fact that, despite the countless setbacks experienced by the unlucky ship, the Admiral Kuznetsov is likely to sail smoky into the future in tow.

Caleb Larson is a writer with an MA in Public Policy and focuses on US and Russian security, European defense, German politics and culture.

Now it is worth making a few remarks about Mr. Larson from our side.

Yes, everything is according to American canons. Larson did everything to show the wretchedness of Russian reality and to amuse his readers.

Yes, Russia has only one aircraft carrier left. And they can’t really give it a sense of the mind, first of all, because there are no goals and objectives for it, as well as the ability of the ship itself to perform these tasks. For many reasons.

But let’s just take a look around. Why Brazil’s aircraft carrier? Thailand? Italy? Such, you know, highly conditional aircraft carriers, with eight aircraft on board. Brazilian “Sao Paulo”, by the way, is in a state that can compete with the state of “Admiral Kuznetsov”. That is, not quite in combat. 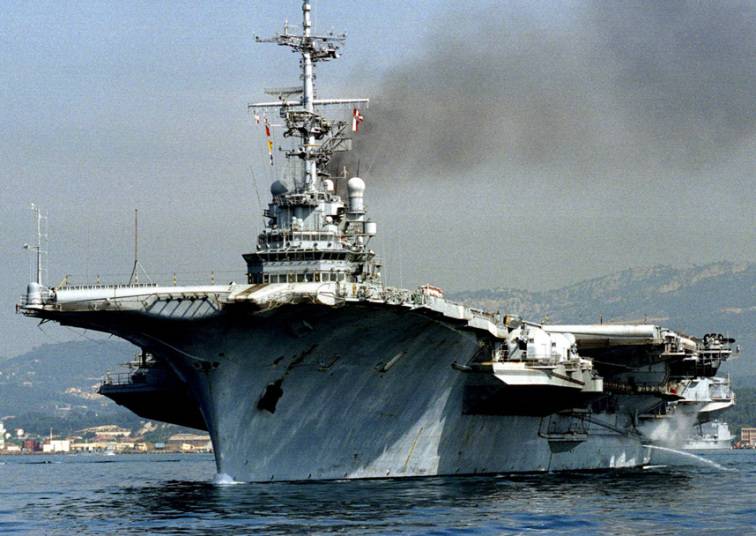 And by the way, it also smokes …

And what tasks can they accomplish? Yes, here you can still remember the French “Charles de Gaulle”, which also just perfectly proved itself as a combat unit. And the newest French nuclear-powered aircraft carrier breaks down no less often than the Admiral Kuznetsov, only from our smoke as a negative impact on the environment, and if something happens in de Gaulle, then one can dream of smoke.

And something will happen to a French ship sooner or later, everything goes to that. And this floating Chernobyl will still say its weighty and radioactive word in modern history.

Yes, and with the American aircraft carriers that everything is smooth and smooth?

2011: The F / A-18C Hornet fighter-bomber exploded and burned on a catapult while attempting to take off from the aircraft carrier John S. Stennis. 10 victims in the official statement, and how many in real life is a question …

2015. On board the aircraft carrier “Ronald Reagan” at the entrance to Tokyo Bay, an early warning aircraft caught fire and burned.

2015. “Theodore Roosevelt” was unable to lead the squadron for circumnavigation due to clogging of the water pumping system.

An aircraft carrier is generally a very complex mechanism, and many more elements can break on it than on a corvette, simply because there are more of these elements.

As for accidents on American aircraft carriers, there is a rich history there. And you can poke it, but we will not. Everything is on the Internet.

Why does Russia need this aircraft carrier – that is the question

Yes, so much has been said on this topic that you can easily repeat yourself. The Admiral Kuznetsov is perhaps the most controversial ship in all Russian fleets. And the most useless, because its functionality, let’s say, is very, very poor.

But Russia does not have such tasks that need to be solved with the help of an aircraft carrier. As the same operation in Syria showed, land-based aircraft are much more effective in use than naval aircraft taking off from the Admiral Kuznetsov with half the fuel and weapons.

But it still exists. Like a symbol. Yes, it looks silly, especially in the eyes of the Americans, who have 11 of these aircraft carriers and 2 more are under construction. Logical and logical.

But then again, why should the aircraft carriers of Spain, Italy, Brazil, Thailand, France, Great Britain? What tasks do they solve?

Symbols, breakouts, consuming millions of dollars for upkeep, can be called whatever you like.

In principle, there are only three countries in the world whose presence of aircraft carriers is justified. This is the United States, as a world gendarme and two countries, which have dynamically developing armed forces and heaps of territorial claims, including against each other. India and China.

All the rest do not need aircraft carriers in principle. So this is just a demonstration of the level of the ability to influence the situation in the world with the help of such ships.

Why can’t Russia have such a ship? Can. So far, however, more “Admiral Kuznetsov” complicates the life of the country by consuming huge sums from the budget for maintenance, but in any case, with American costs, for example, this cannot be compared.

In any case, the construction of all these “Storms”, “Leaders” and other “Vanguards” is a matter of a very distant and somewhat fantastic future, so let “Kuznetsov” still serve, at least as a training ground for naval pilots.

Fortunately, there are no missions in the world’s oceans for which our country would require the presence of an aircraft carrier. And in general, it’s even great.

As for Larson and his article, it remains to be seen who is the more loser – the smoking Admiral Kuznetsov or the fecal-stinking George W. Bush. 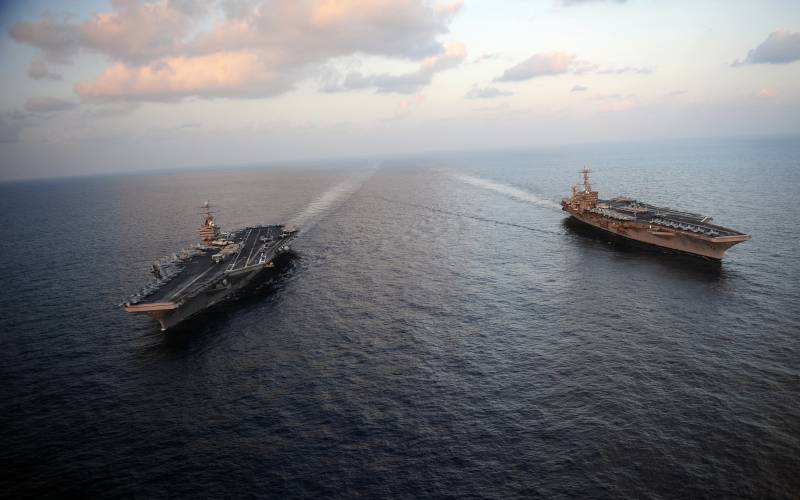 To each, in general, his own. And let everyone answer for themselves the questions of necessity and possibility, right?