In previous articles, we examined the issues of the technical and conceptual lag of Russia from the United States in matters of ground handling of aviation:

1. How long will Russia be stupid to lose its planes
2. How military aviation works

In conclusion, I formulated the following:

If you look at how modern robotic warehouses and factories are arranged, you will see a picture of the future, when robots will take on more and more service functions.

However, in the comments to the articles, a number of VO readers found such ideas too fantastic. Therefore, today I propose to look at what developments in this direction are already in place, and whether there are real prospects for total robotization of the entire aviation service sector, both civil and military.

In 2015, Blue Bear Systems Research unveiled one of the first drones to help ground personnel and improve the safety of air travel.

Subsequently, a class of such drones received the designation Maintenance, repair, and overhaul (MRO).

According to the idea, this drone was supposed to fly around the airliner along a given trajectory and provide operators and aviation inspectors with high-quality photographs of the glider.

The next step was to write a special algorithm capable of independently analyzing the images obtained and signaling the presence of mechanical damage on structural elements.

According to some estimates, the use of these drones reduced aircraft inspection time by 3 times.

The most interesting shots are shown in this fragment:

That is, the engineers conducting the inspection can work not on the street, but in comfortable equipped rooms, receiving all the necessary information on their monitors. 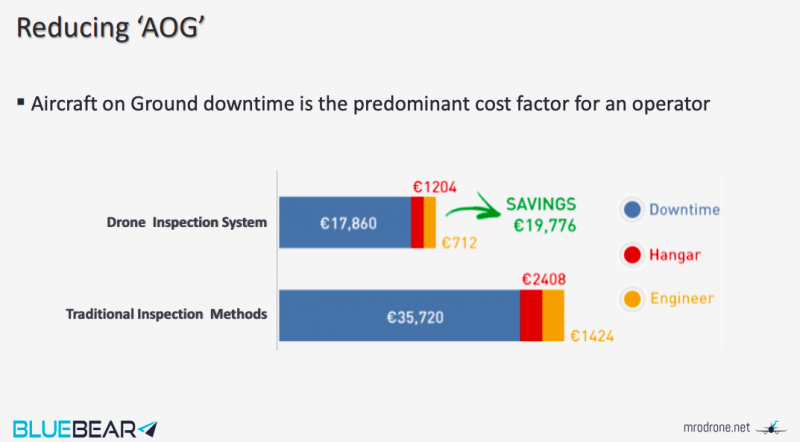 The very first thing that I mentioned in previous articles is a refueling robot.

The project had several tasks, including:

– decrease in the interval between departures;
– reducing the risks for people associated with the presence of personnel in the filling area;
– reduction in the number of required service personnel.

It is worth noting that the engineers faced a number of problems, in particular, there were difficulties with grounding, but they are working on all these problems, and slowly but surely the project is developing.

The demand for such equipment will also be in the civilian segment (especially in it), because major airports in the world are constantly working in a tight schedule.

The bottom line is as follows: a special module is built into the engine itself, which contains several movable probes, which are already located inside hard-to-reach places (that is, there is no need to waste time to gain access to this part of the engine).

And in real time, these modules can autonomously inspect and monitor critical elements. Such a system can autonomously identify a malfunction as quickly as possible and notify engineering services about it, immediately sending them all the necessary information.

It can also work in manual control mode, when the engineer initiates the check.

Below is a frame from the demo video, which shows how a special sensor scans the surfaces of the engine blades. 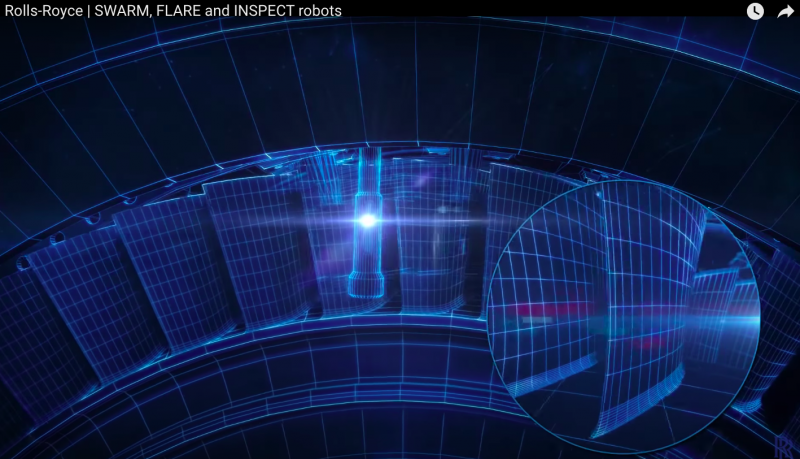 In parallel, separate airfield-based solutions are being developed for engines that are not equipped with such a system.

It is obvious that in the future such systems can be developed not only for engines, but also for other most important components and mechanisms.

It is noteworthy that such solutions are not separate projects, but are part of the IntelligentEngine concept, which covers all engine life cycles – development, production, operation, repair.

At its core, this concept is a logical development of the ideas of self-diagnosis.

Robots for removing paint and coating 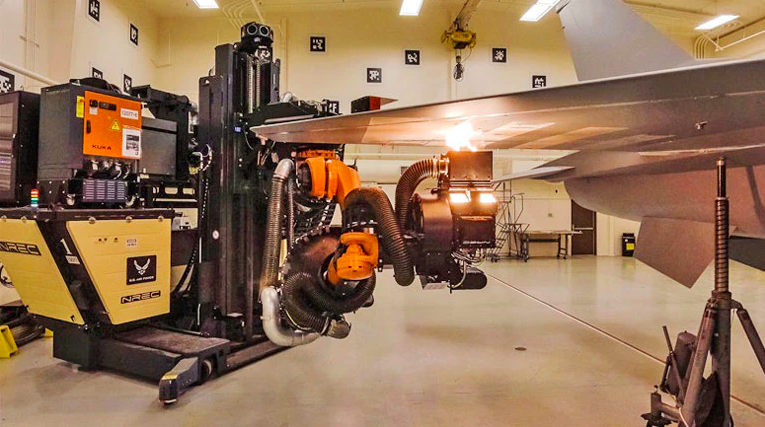 These laser-based solutions allow you to remove the coating in the thinnest layer – practically no waste is generated in the process, and the procedure itself becomes much faster and cheaper.

By changing the nozzle, on the contrary, you can apply various coatings, including radio-absorbing ones.

The robot has much better control over the thickness of the applied layer, and the result is more stable with the lowest possible material consumption. 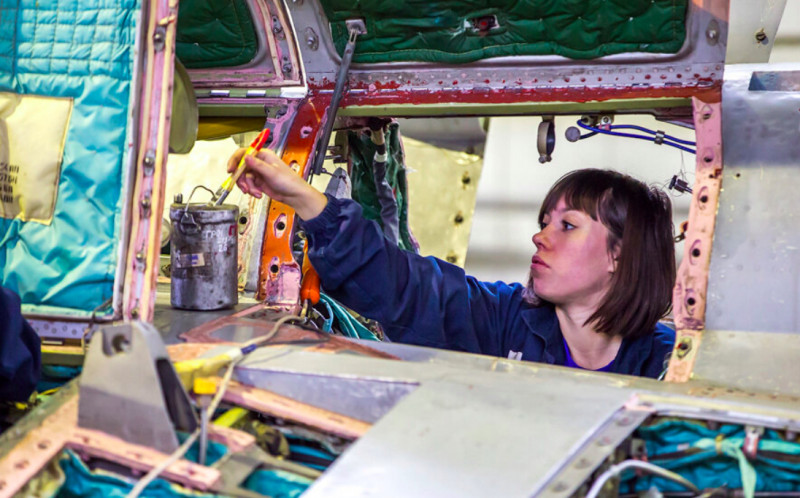 Photo from a domestic plant (JSC 514 ARZ). The girl is certainly pretty, but the process itself is “a little outdated.” Source: sdelanounas.ru

The essence of this technology is to apply a thin “repair” layer to a worn part.

Of course, there are parts, the life of which is limited by material fatigue, but there are enough of those parts, the wear of which occurs mainly in local friction zones. Applying this technology for such parts, there is no need to recycle the old and re-manufacture the new one – it is enough to simply restore the worn-out layer.

According to calculations, when using this technology, the cost of repairing some units can be reduced several times.

5. Parts printed on a 3D printer

Another area that is actively developing all over the world is the manufacture of parts on 3D printers.

At first it was perceived as child’s play, but technology does not stand still, and modern solutions have reached the aerospace industry.

So, for the F-22, the first parts have already been manufactured using this technology. 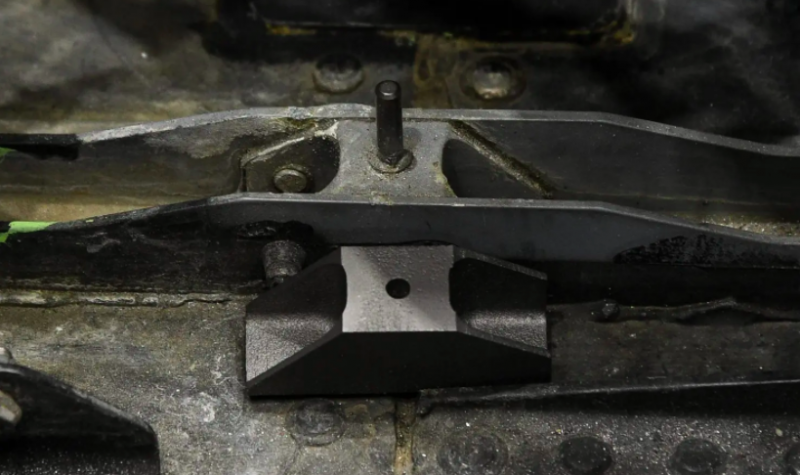 Old part with traces of use and new titanium, just printed

This technology makes it possible to drastically reduce the burden on military logistics and to level equipment downtime due to the lack of necessary spare parts.

In the future, the United States plans to constantly expand the list of printed parts approved for use on aircraft.

The program received government support, and in 2018, in the state of Illinois, work began to create an additive manufacturing center for the needs of the US army (not just aviation). 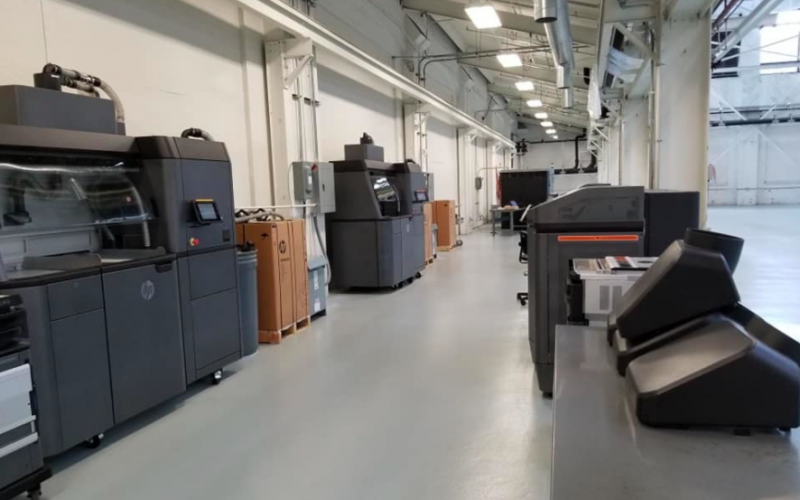 It is planned that the center will begin full-fledged work in mid-2021, while the staff is mastering new equipment and conducting the necessary tests, while simultaneously compiling lists of what is primarily suitable for such production.

Strictly speaking, work is underway to transform this kid into a full-fledged robot, but in the meantime it exists in a version controlled by the remote control. 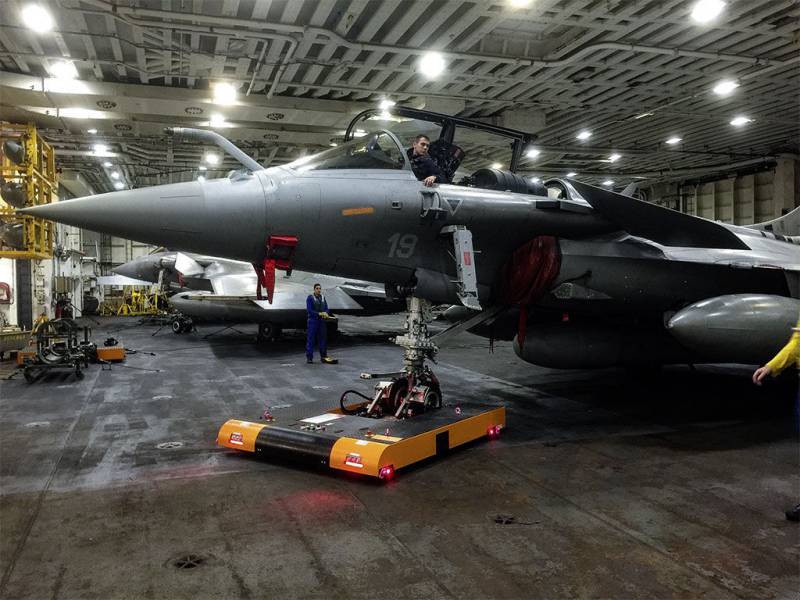 And here is how towing usually takes place with us:

The Mototok also has unrivaled maneuverability, as it is located on the pivot of the front landing gear and can literally rotate it in place, while the towing vehicle with a classic “carrier” requires forward movement to change the angle of rotation, which significantly increases the turning radius. 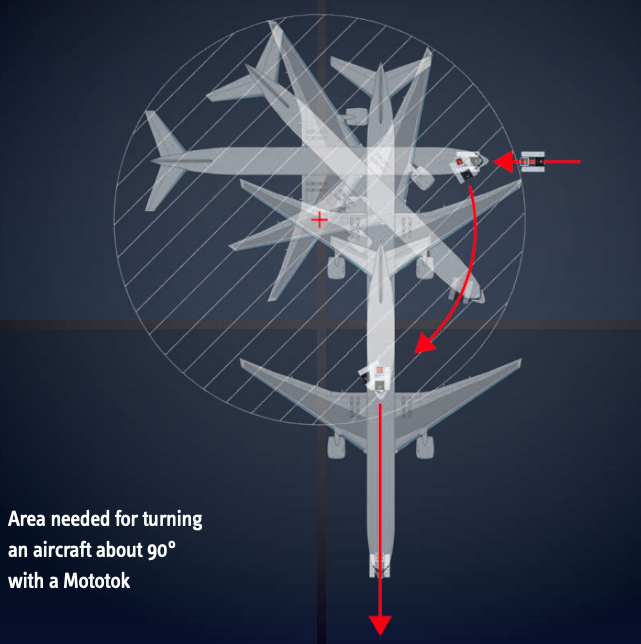 These properties will be especially in demand on aircraft carriers and helicopter carriers, taking into account the dense layout of equipment in their hangars. 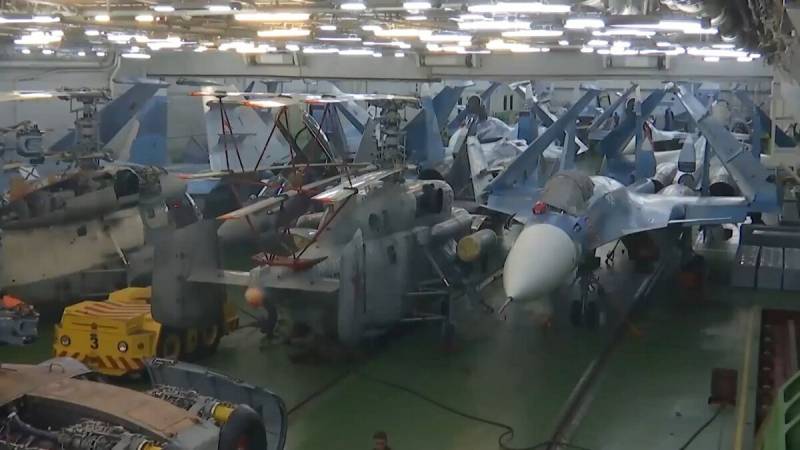 Initially, robots were conceived as a platform for painting works, but absolutely any equipment can be hung on it, thanks to which the platform can become universal. 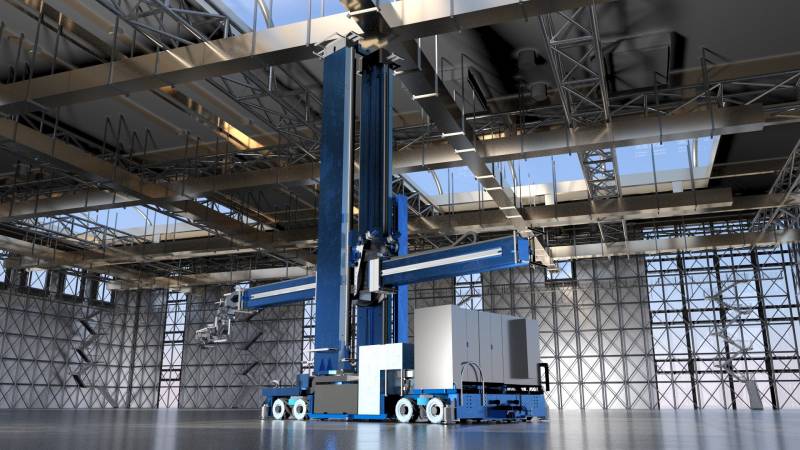 Aviation plays an increasingly important role in modern conflicts, while the lag in maintenance technologies increases the overall cost of maintaining the aircraft fleet, reduces flight safety, increases non-combat losses, increases the time between sorties, as well as the speed of repairs. If the planes cost more in the repair hangar, it means that there are fewer of them on alert.

Taken together, all these factors mutually reinforce each other’s effect.

In this regard, it is extremely important for Russia not to miss modern trends, especially since the introduction of some of them is not associated with the allocation of big money for these purposes or with the involvement of a huge number of scientific workers, but at the same time it allows to significantly increase the country’s defense capability. The main thing is that the right people realize this and make a decision as soon as possible.

Some optimism is also inspired by the fact that Russian companies have already begun to master new technologies.

So, for example, Gazpromneft launched a robotic refueling system back in 2018:

And in conclusion, one more small video about how “someone else works”, in this case a robot: