I hold a knife in my hands

He is in a black wooden sheath. This is HP-40. A scout’s knife, model 1940, made at the Zlatoust tool plant – combine named after V.I. Lenin.

The handle of the blade is painted black. The workers of the plant handed such knives to the border guards before being sent to the front.

Combat blades for NKVD officers and border soldiers appeared as early as 1935. And at first they resembled the Finnish edged weapons.

But after the Soviet-Finnish war of 1939-1940, a new knife was adopted, called the HP-40. Its handle was made of wood, carbolite or ebonite and, as a rule, was painted black. 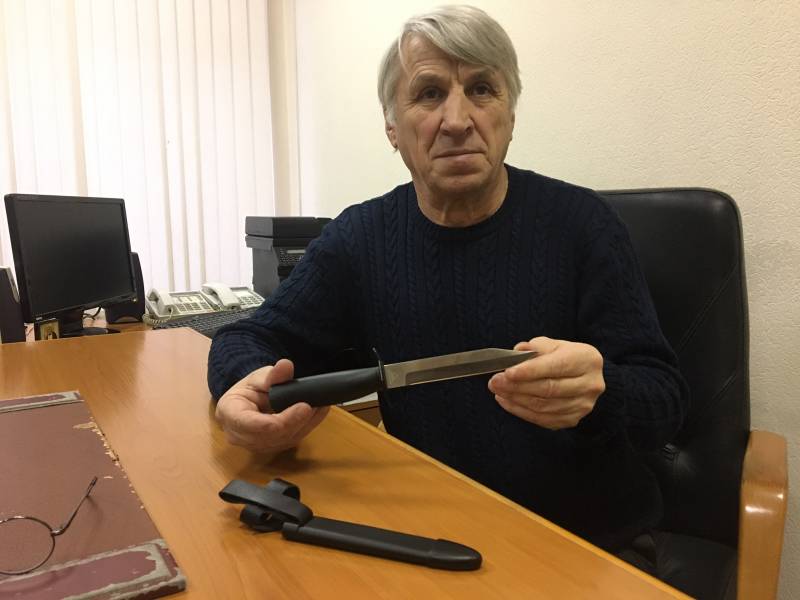 The blade was well placed in the hand with any grip, had a handle that was comfortable for the length and thickness, and was well balanced. Nice to look and feel.

Border veteran Vladimir Korolev in his book “Border Guards at the Kursk Bulge”, published in 2006, tells about these black knives. For the first time in 1996, veterans of the 162nd Central Asian Division told him about the blades.

After Tashkent in 1942, this military formation was sent to the Ural city of Zlatoust to receive equipment and equipment. All fighters received (including without fail) and black knives. 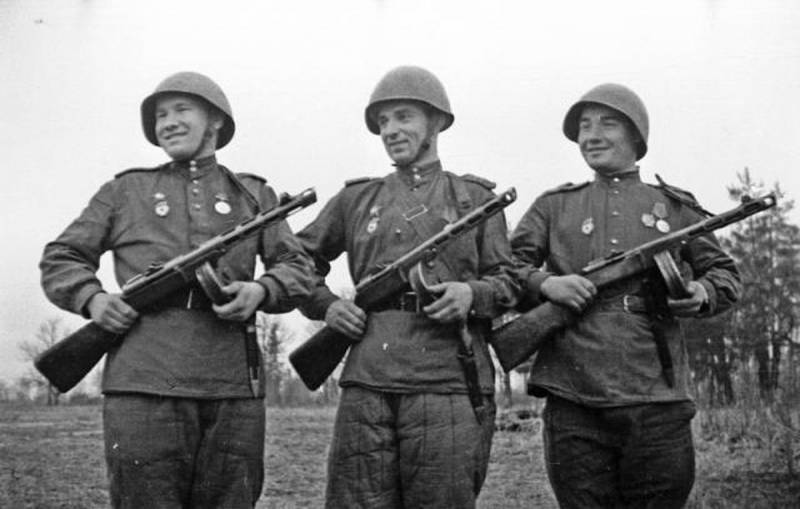 It was on the Kursk Bulge

He recalls that in the battles on the Kursk land in July 1943, the division became part of the 19th rifle corps and concentrated in the area of ​​the village of Mikhailovka.
From there, they had to advance on the village of Chern, about 50-60 kilometers from Teply and Molotychey. The division quickly broke through the defenses and began to push the Fritzes to the north.

And during the battles, it was noticed that in this sector the enemy was retreating faster than in front of other formations. The thought crept in that the Nazis were luring the fighters of the division into a “bag”.

It was not immediately possible to find out the reasons for the panic retreat of enemy units. But soon the captured fascist testified that during the battles for Samodurovka, their commander informed the higher authorities:

– The Central Asian Senchillo gang is operating in my direction.

The soldiers are in a panic, demoralized and withdraw.

I ask to transfer my division to any other sector.

Hitler’s 31st Infantry Division was transferred. But – the irony of fate, and by order of the commander of the 70th Army of the NKVD troops, units of the 162nd division are being transferred to the same area.

Translated from German, this is the “Division of the Black Knives.” Moreover, the tank. This name appeared when the Soviet border guards again met in battle with the Nazis, who had previously fled from them in panic.

The Red Army men fought valiantly against the enemy, and when they met hand-to-hand, they snatched their black knives from their scabbards.

And they cut, cut mercilessly all who dared to invade the Kursk land. 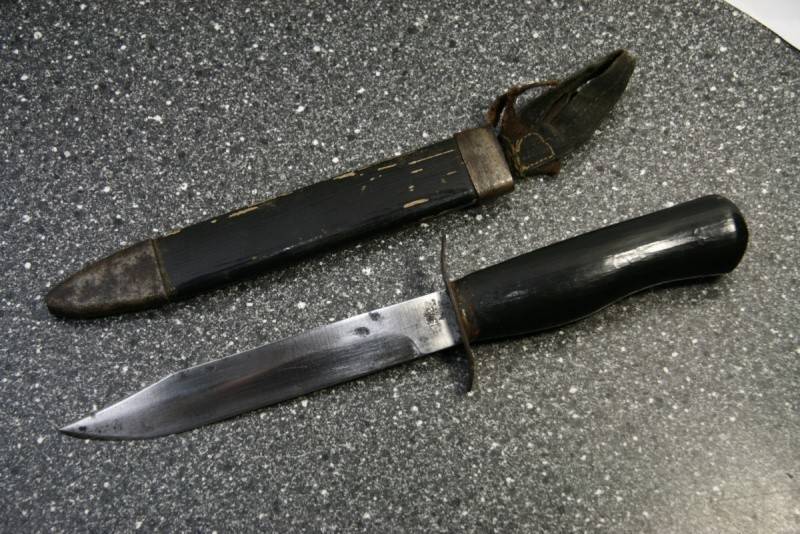 This is how the blades from the workers of Zlatoust came in handy for the border guards. It was they who forged the knives and handed them to every soldier of the 162nd Division. 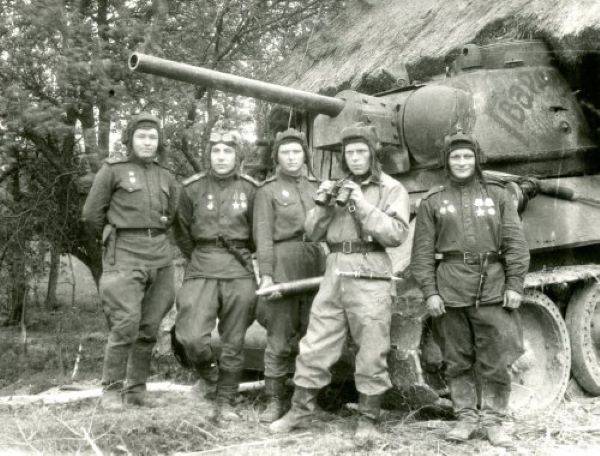 “A knife will come in handy at the front,”

– they said to the border guards.

Indeed, the daggers from Zlatoust were seriously needed by Soviet soldiers in hand-to-hand combat on the Kursk Bulge.

There were such black knives and the Kursk Panfilov platoon of Lieutenant Alexander Romanovsky. On the Kursk Bulge near Samodurovka in July 1943, 18 border guards met hand-to-hand with the Nazis.

The fight was merciless. All the soldiers were killed, but about a hundred enemy corpses were left to lie in the dust. And most of them – with stab and cut lacerations, mortal wounds.

They are from Zlatoust

In total, more than 900 thousand black knives were made in Zlatoust, which were presented to the military units that were formed in this city. Yegor Schekotikhin also writes about black knives from the Urals in his book “The largest tank battle of the Great Patriotic War. Battle for the Eagle “.

“Our tanks have passed the defensive line.

The submachine gunners jumped off the armor, began hand-to-hand combat with the Nazis.

The Germans recognized the “invulnerable” Urals by these black knives.

Seeing the attacking warriors with such knives on their belts, the Nazis in panic began to shout: “Schwarzen Messer!”

As soon as the Ural volunteers arrived at a new sector of the front, the Germans informed their command and neighbors:

“A body of black knives has appeared in front of us!”

So Yegor Schekotikhin writes about the Volunteer Tank Corps, which was formed in Zlatoust in March 1943. And he received his first baptism of fire on July 27, 1943 during the liberation of the Oryol and Bryansk regions.

And the song is about black knives

And the tank corps soldiers in 1943 composed a song about the black Zlatoust knives. 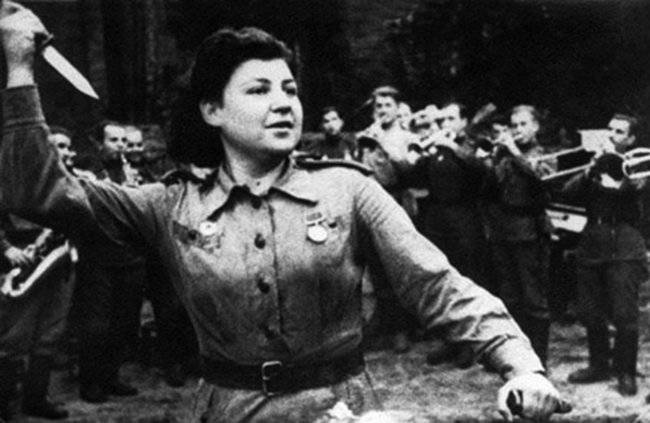 The author of her words is Rosa Notik, who went through the entire combat path with the tankers, marked with military awards: the Order of the Red Star, the Medal for Military Merit, the Order of the Patriotic War, II degree.

Composers – Ivan Ovchinin and Naum Komm. Unfortunately, they have not been with us for a long time. And the song is alive. And here are her words.

Fascists whisper to each other in fear,
Lurking in the darkness of dugouts:
Tankers appeared from the Urals –
Division of black knives.

Detachments of selfless fighters,
Nothing can kill their courage.
Oh, they don’t like fascist bastards
Our Ural steel black knife!

As the submachine gunners jump off the armor,
You can’t take them with any fire.
Volunteers do not crush an avalanche,
After all, everyone has a black knife.

Tanks of the Ural masses are racing,
Shivering with the power of the enemy,
Oh, they don’t like fascist bastards
Our Ural steel black knife!

We will write the gray-haired Urals:
“Be confident in your sons,
They gave us daggers for a reason,
So that the Nazis are afraid of them. ”

We will write: “We are fighting as it should,
And the Ural gift is good! “
Oh, they don’t like fascist bastards
Our Ural steel black knife! 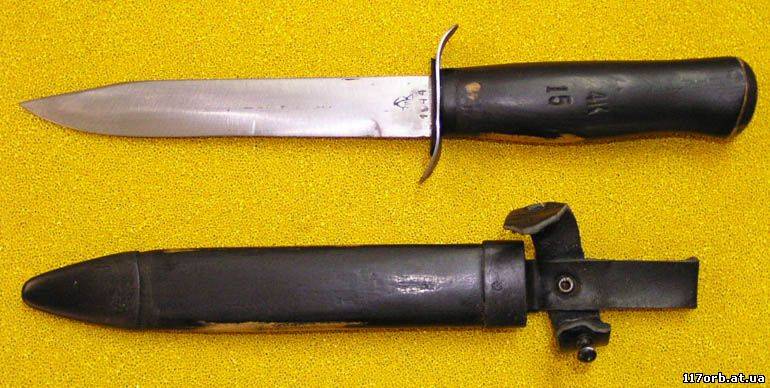