The team of authors 2Business Insider “in the American edition” We are The Mighty “reflects on the prospects for the fifth generation fighter F-35, around which so many spears have already been broken that it is possible to fence off more than one land airfield.

On the one hand, everything is clear and understandable. The Americans have a flying “Armata”, production and sales have been established, now all that remains is to think over how to use this aircraft. Because only the target hit justifies the means spent on the means of destruction, right?

And what did the Americans come up with in order to achieve their American Dream, namely, a capable (I’m not talking about F-22) fifth-generation aircraft.

And in their opinion (which we, if we dispute, then only slightly), the F-35, which can do almost everything in air combat, will now receive a new option: to shoot down intercontinental ballistic missiles. 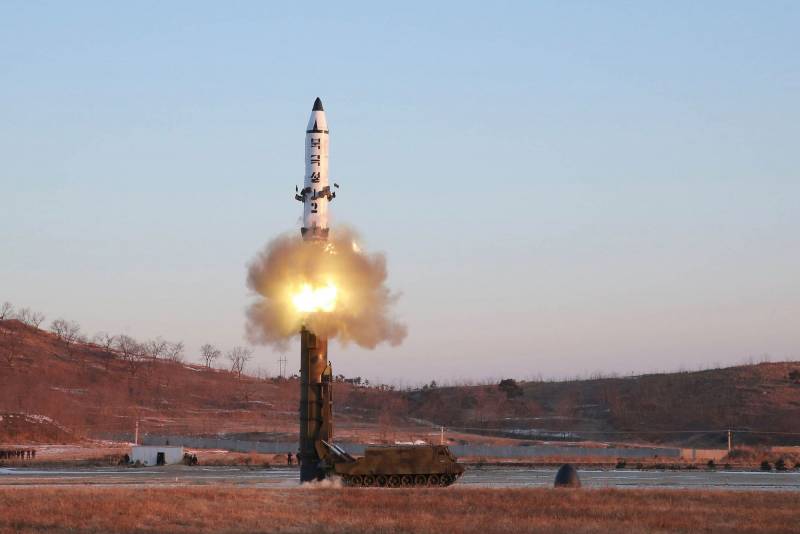 Further, a direct quote from an article in the American media:

Ballistic missiles, such as those that North Korea is perfecting to reach the US with a nuclear warhead, pose a huge threat to the US as they re-enter the atmosphere at speeds tens of times the speed of sound.

The United States is using advanced radars and ground-based missile interceptors to engage missiles on a downward trajectory. This method has been compared to hitting a bullet in a bullet, and it was really only successful against non-maneuvering targets at close range.

But there are many reasons to doubt that the US missile defense against North Korea will work. And advanced ICBMs with multiple warheads or dummy warheads are likely to confuse missile defenses and render them useless.

But when the ICBM takes off from the launch pad and picks up speed, the entire missile becomes its sole target.

Then why not shoot it down with an air-to-air missile from an F-35?

The US Air Force has had air-to-air missiles for decades that target hot flying targets, and ICBMs in their first stage are, in fact, that.

Well, probably everyone has questions. And most importantly: how dangerous are North Korean ballistic missiles for the United States? 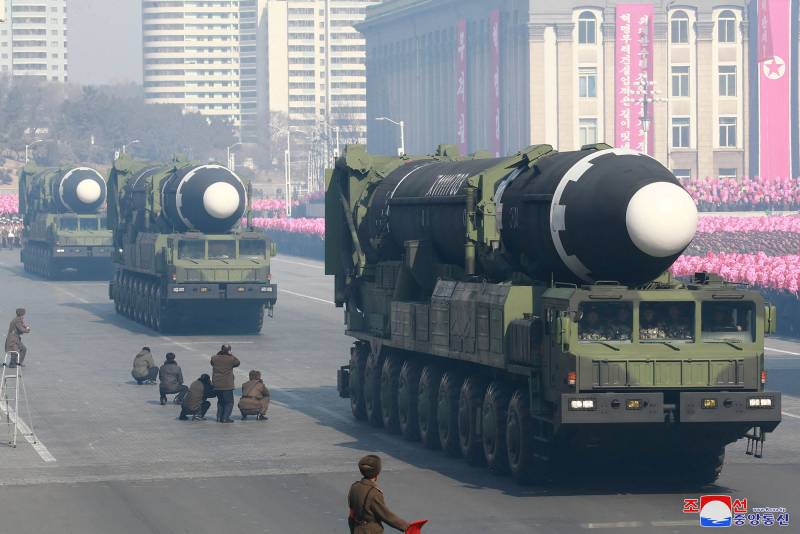 Hwaseong, whatever the number after the name, is not a weapon worth building an army of fifth-generation fighters. Yes, it is ballistic, yes, medium-range, but at best it can threaten the very edge of Alaska. This is in the most optimistic case. Neither the United States nor Russia will be patted on the head for an attempt on the edge, since our land is actually nearby.

To reach the territory of the United States, and even in such quantities that it would really threaten the country’s existence – sorry, this is not about the DPRK’s nuclear missile program.

But in the absence of a maid … But we are talking about her at the very end. 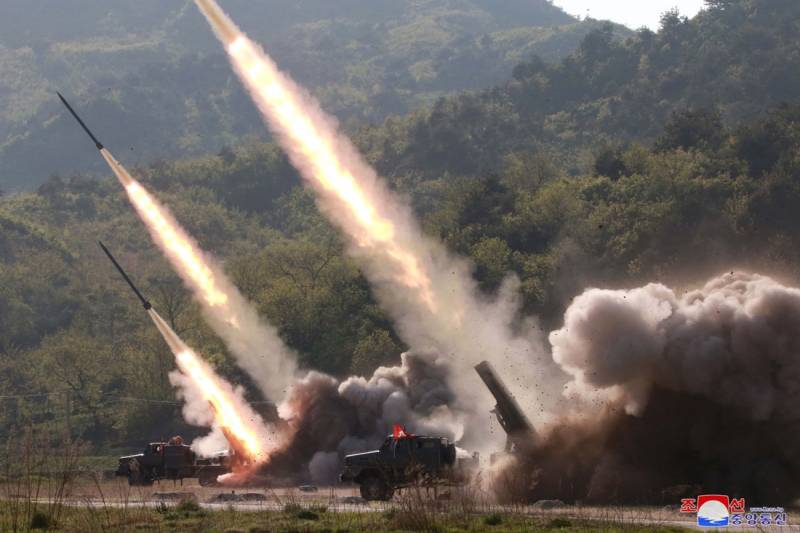 In 2007, Lockheed Martin received $ 3 million to carry out work and testing of air-to-air missiles to destroy both missile systems and launching missiles. The tests carried out in 2014 were successful.

Strange, but even the Americans note that there was no “peremogi” celebration this time. Although the entire program of “promotion” of the F-35 was built precisely on such performances, telling about the achievements and superiority.

And in our case – for some reason, silence. It is strange, especially when you consider that the United States knows how to boast of their achievements like no one else.

Patrick Evans (US Department of Defense):

It would be inappropriate to speculate on the future capabilities or objectives of the weapons system. I can tell you that the F-35 is a multi-role fighter, and therefore the most diverse tasks can be assigned to it. 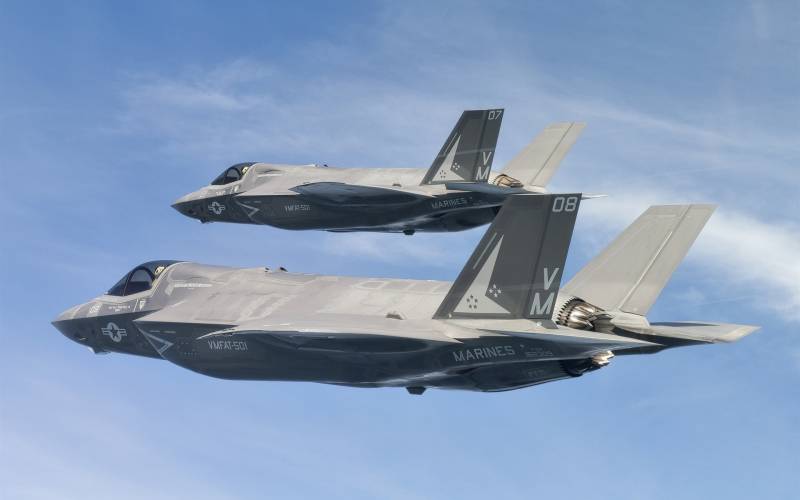 All we plan to do is hit targets with F-35 air-to-air missiles in the first 300 seconds it takes for the missile to take off. Since in some places North Korea is only 75 miles across, this is within the range of the F-35 missiles.

By the way, Hunter accused the leadership of the military-industrial complex that the work did not begin earlier, and $ 40 billion was spent on the creation of ground-based anti-missiles.

So, in principle, the F-35, with its stealth and anti-missile capabilities, is ideal for penetrating North Korean airspace. All of the technology used to create the Lightning and its weapons makes it the best aircraft for the job. 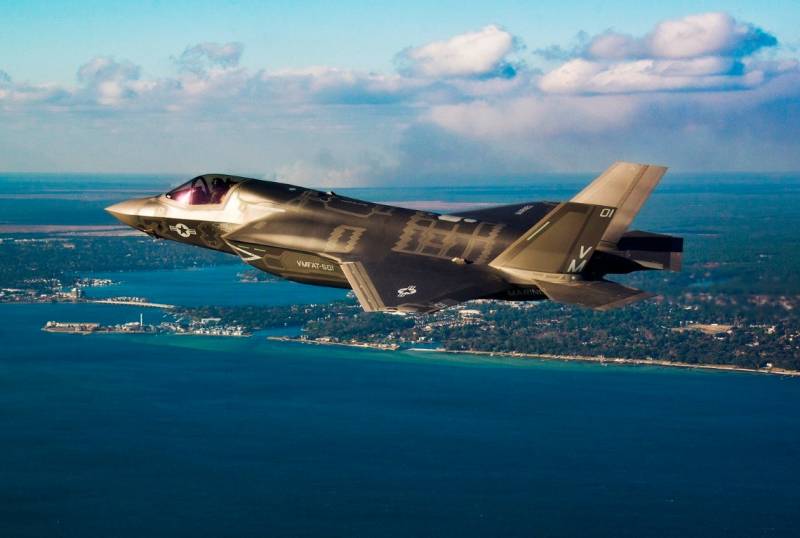 But then the most unpleasant thing for the Americans begins.

To hit the launching ICBM with a missile launched from an aircraft is not so difficult. But for this, the first thing to do is to get closer to the launcher, that is, to almost enter the country’s airspace.

And any normal country (or almost normal) will regard such a maneuver as an excuse for what? Yes, to declare war. Or, in the case of Korea, for an immediate strike at Japan, which they have long regarded unevenly.

In fact, so far all missiles designed in North Korea do not threaten the United States in any way. Simply because they are all unable to reach US territory. So there was a bobble here with motivation.

If North Korea did threaten the United States or its allies with a sufficient number of ICBMs of sufficient range, then yes, their interception of the F-35 could change the course of the game. 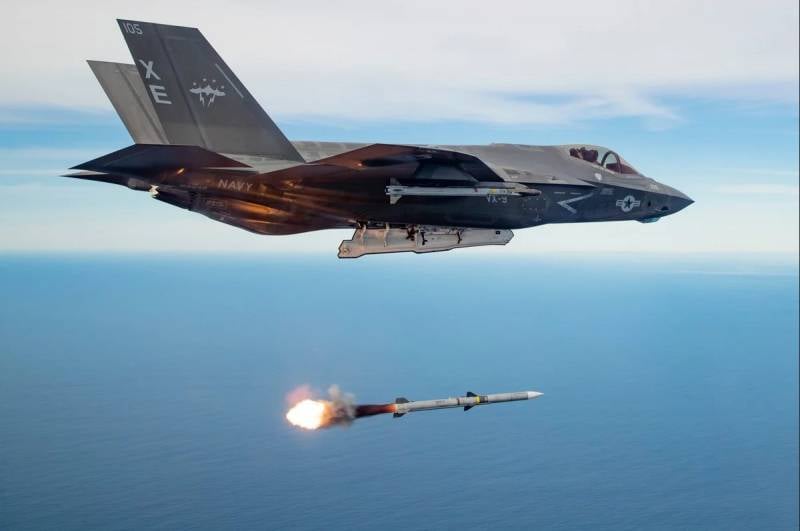 US intelligence and the satellite orbital constellation are able to make every effort to maintain the secrecy of the North Koreans and provide a pair of aircraft carriers in neutral waters at the right time, but in the F-35 range.

And in this case, yes, an unobtrusive aircraft could come within the range of launching its missiles at a starting ICBM. There is a possibility that the air defense may not detect it.

However, as already noted, North Korea as the center of the Global Evil, and even threatening the United States with its missiles, does not look perfect. And the missiles are rather weak, and the quantity … And what do you order those in the Pentagon to do?

It is necessary to look somewhere for external enemies, who simply need to be blamed for the construction of the F-35 and interceptor missiles. We need an enemy. This is as old as the world, but why invent something new if the old works great?

Libya … Iraq … Iran … Syria … Everyone who could be accused of developing nuclear and chemical weapons has already been accused and blown to pieces.

Russia? Alas, it doesn’t fit. So to take and fly up to the locations of our ICBMs is from the realm of fantasy. This 1100 km of combat radius is in Russian realities laughter through tears.

China? Roughly the same. Where the Chinese hide their missiles, everything will be calm there. The F-35 again lacks the strength to fly.

What a blessing that there is North Korea! And she has rockets! Right then, Mr. President Trump deployed the aircraft carriers, very right. As I knew directly that the Koreans would come in handy.

So, then, defeat the North Koreans by the US in their own style, so what? Yes, no one would need these F-35s. Well, perhaps Israel would be useful.

And now – beauty! The DPRK’s pitiful missiles give, make it possible to spend another couple of tens of billions of dollars and still find a basis for the use of the F-35. 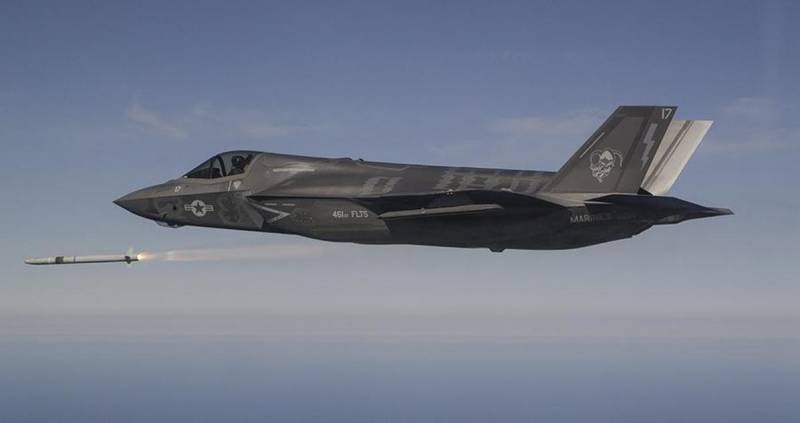 So well done guys from the “Business Insider” team, who issued such a luxurious justification for the F-35 to still remain in the ranks.

Keeping the United States safe from possible attacks from such a terrible state as North Korea is precisely the task for the latest fifth-generation fighter-bomber.

So yes, the Lightning pilots will have to get trained, budgets have to be drawn up and used, and the Lightnings will defend the US against North Korean missiles.

Is it funny? Yes, in general it’s funny. And if you think about the budget figures that will need to be mastered – nothing funny. The clean water business is on anti-missiles, F-35s and the hard-line North Koreans.

However, everything is as usual.