In 1939-1940. against the backdrop of the outbreak of war, Great Britain accelerated work on the creation of promising armored combat vehicles. Together with other samples, armored vehicles of various classes were developed. Some of the results from this process were more than interesting. For example, the Hillman Motor Car Co. developed a light armored car Gnat, which was distinguished by a very original design.

Armored car instead of a motorcycle

In the pre-war period, unprotected sidecar motorcycles armed with a machine gun were widespread in the British army. This technique was used by scouts, signalmen, etc. However, motorcycles had a number of objective shortcomings, as a result of which a proposal appeared to partially replace them with light armored cars.

The initiator of the new program was Brigadier General Vivien V. Pope, inspector of the Royal Armored Corps. Soon, the army formed the requirements for new equipment and launched a competition for its development. Willingness to create and build a new armored car was expressed by two companies – Hillman and Morris Motor Limited.

The customer wanted to get a light armored car with anti-bullet protection and machine-gun armament, capable of patrolling, conducting reconnaissance, etc. Quite strict restrictions on dimensions, weight and cost were imposed. This is what determined the characteristic appearance of the future Gnat armored car (“Mosquito” or “Moshka”) from “Hillman”.

The basis of the new armored car was a chassis made on serial units. From the early thirties, Hillman Motor Car produced the Minx passenger car, and in 1939-40. it was used as a base for the Hillman 10hp Utility Car or Tilly light truck. Simple and technologically advanced “Tilly” was considered a convenient basis for a light armored car, but some reworking was required. 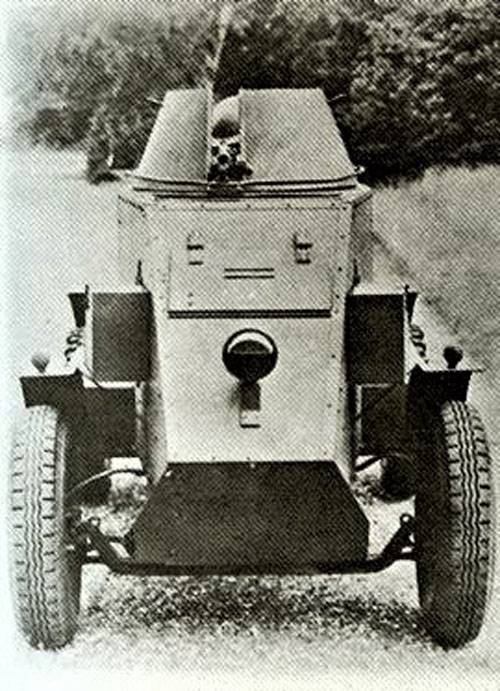 The existing chassis was reconfigured to meet the new requirements. The Hillman engine with a volume of 1.5 liters and 10 hp. together with the radiator, they were moved to the rear of the frame. In front of him was placed a “deployed” manual transmission. The transmission had to be redone in order to retain the rear axle drive – it retained the standard differential. The wheel formula remains the same – 4×2.

The chassis has kept the undercarriage of the simplest design. Two continuous bridges with vertical springs were used. The hubs, rims and tires were borrowed from the production Tilly.

The armored car received an original body with a characteristic shape. It was assembled from several rolled parts no more than 5-7 mm thick, providing protection only from bullets and shrapnel. To save materials and reduce weight, rational angles of inclination were used to a limited extent. Due to the requirements for transverse dimensions, the hull turned out to be rather narrow and not very comfortable for the crew.

The frontal protection was made of two inclined sheets; in the upper there was an opening for the driver’s inspection hatch. It also had a single headlight. The lower frontal plate was made wider, which made it possible to partially cover the suspension. Outwardly curved vertical sides were used, which made it possible to increase the volume of the “fighting compartment”. The aft engine compartment received a roof from several parts. Above the car was protected by a roof with a hole for the turret. Several boxes for property were installed on the sides of the hull.

The crew consisted of two people – as on motorcycles with a machine gun. The driver was placed in the front of the hull; he could use a hatch on the port side. The gunner commander was behind the driver and entered his seat through an open roof hatch with a turret. There were no means of internal and external communication. 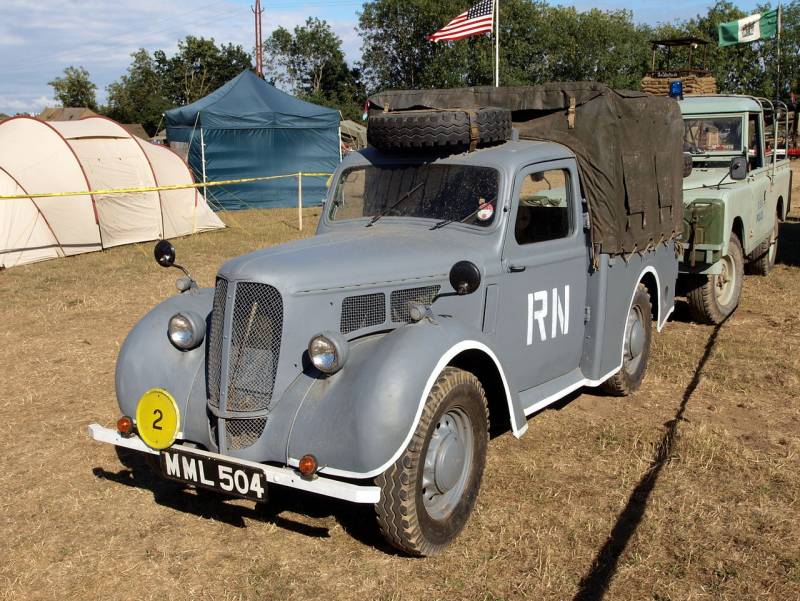 The armament of the armored car consisted of one Bren machine gun with store food. The turret for the machine gun had a wide armor plate and provided circular guidance; there was a balancing mechanism. Inside the case, racks were provided for spare stores.

In terms of dimensions and weight, the Komar hardly differed from the serial Tilly. The same applies to driving characteristics. The armored car could move on asphalt and dirt roads with performance at the level of other cars of its time.

Already in 1940, Hillman built the first prototype Gnat armored car. Three more prototypes soon followed. Almost simultaneously with this, competitors from “Morris” presented their equipment – it was the Salamander armored car. Two armored vehicles were tested simultaneously and compared with each other, as well as with other equipment of the British army.

During tests, it was found that the Hillman Gnat has obvious advantages over a motorcycle with a sidecar and a machine gun. The car chassis was more convenient than a three-wheeled chassis, the body protected people from natural phenomena and bullets, and the swivel turret made it possible to use the machine gun more efficiently. In general, Komar looked like a very good replacement for motorcycles.

At the same time, there were a number of serious shortcomings. The engine was not powerful enough and could not cope with the load from the armored hull. The original rear-wheel drive passenger chassis did not work well off-road. Due to the narrow body, the center of gravity was located too high and threatened to overturn. The inhabited compartment was cramped and uncomfortable – in a number of situations it even threatened the safety of the crew. 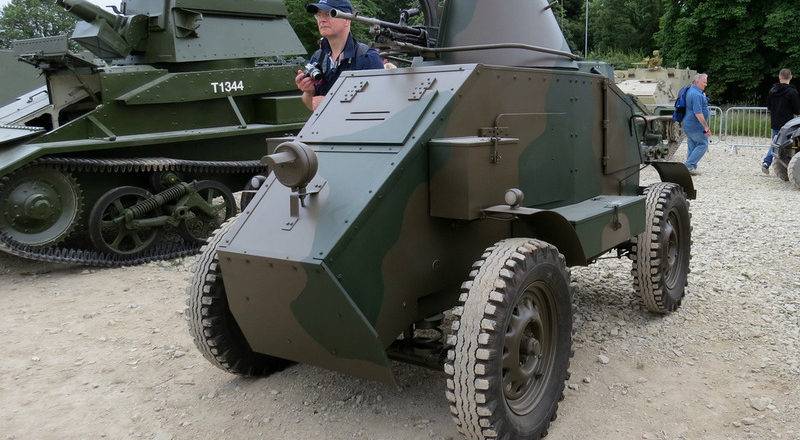 Thus, the Gnat armored car was better than any motorcycle in terms of its characteristics and capabilities. At the same time, in all respects, he lost to any “full-fledged” armored car. In particular, not even the most perfect Morris Salamander turned out to be more successful.

Comparative tests continued until mid-1941 and showed that the two new armored cars were not very successful and did not meet the basic requirements of the army. Command, with the exception of General Pope, was skeptical from the outset about the two projects. The unsatisfactory test results only confirmed this point of view.

A project without a future

The future of the two armored cars has not yet been finally decided, but it raised just doubts. On October 5, 1941, Lieutenant General W. Pope died tragically in Egypt – the projects were left without a single influential supporter. The command again evaluated the submitted samples and at the beginning of 1942 ordered to stop work.

Four experienced Komar were decommissioned and disposed of as unnecessary. Hillman and Morris are once again focusing on several types of automotive and military vehicles. Such products were most actively used in the rear and at the front and contributed to the future victory, in contrast to unsuccessful armored cars.

The original Hillman armored cars have not survived. Now they can only be seen in a few photographs. Several years ago, it became possible to examine a full-scale sample. In 2017, at the British Tankfest festival, a group of enthusiasts presented a self-made replica of an armored car. The car as a whole is similar to the historical prototype, although it has some differences.

Thus, the original idea of ​​replacing motorcycles with light armored cars ran into difficulties at the implementation stage and did not give the desired results. However, the development of the armored car direction was not limited to Gnat and Salamander alone, and the army was not left without the equipment it needed.