Structure of the Australian Army

Despite the absence of land borders with other countries, Australia has built and maintains its own land forces. Since 2009, a plan to create an “adaptive army” has been implemented, the result of which has been the restructuring of the ground forces with remarkable results. Then the rearmament program started. As a result, the army, having a limited number, is well trained and armed, and also shows high combat effectiveness.

Currently, 31 thousand people serve in the Australian Army. OK. 16 thousand are in reserve. The army includes motorized infantry, airborne troops, tank, artillery and other units, army aviation, logistics and support units, etc. Battalions and companies for various purposes are combined into mixed brigades – the main tactical unit of the ground forces. There are several training centers for personnel. 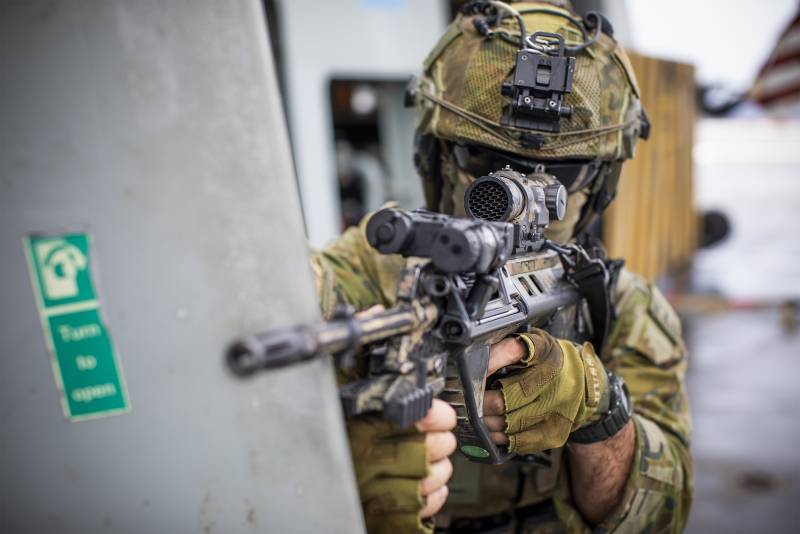 Units and units of the army are stationed in all areas of the country and can quickly go to designated areas of Australia or, if necessary, prepare to be sent abroad. Depending on the assigned task, ground forces can work independently or in cooperation with other types of armed forces.

Specificity of the structure

Several main structures are subordinate to the SV commander. This is the 1st division, military command and special operations command. Of greatest interest is the 1st Division, which is a constant readiness tool for various operations and / or high-intensity combat training. 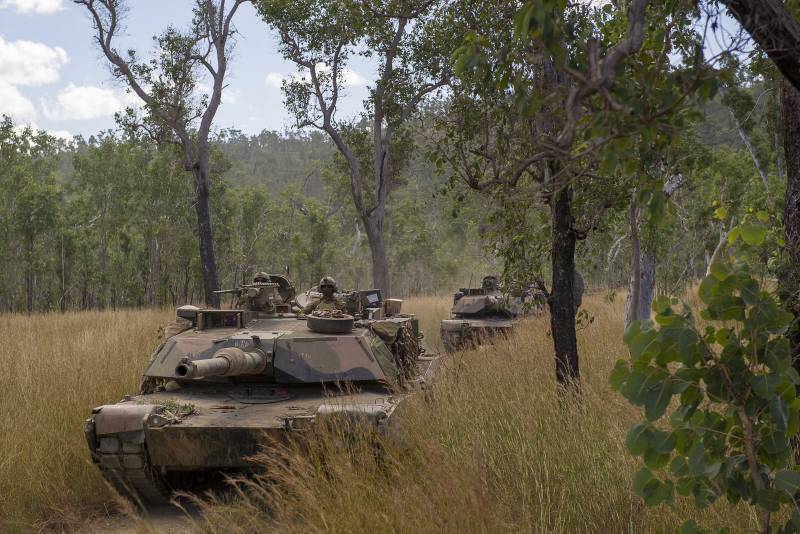 The 1st Division includes its own headquarters and several support units. Other compounds are included in its composition in accordance with the assigned tasks. So, at the moment, it has been given the command of the landing force with one regiment and two training centers. If necessary, the command can accept other connections for various purposes.

Under the command of the military command are the 1st, 3rd and 7th combined-arms brigades, which are directly responsible for the performance of combat missions, the 6th communications and command brigade, the 16th aviation and 17th support. “Combat” brigades include a cavalry (armored) regiment, infantry and artillery regiments, communications and support units. The 16th Aviation Brigade has three regiments based in different regions of the country. 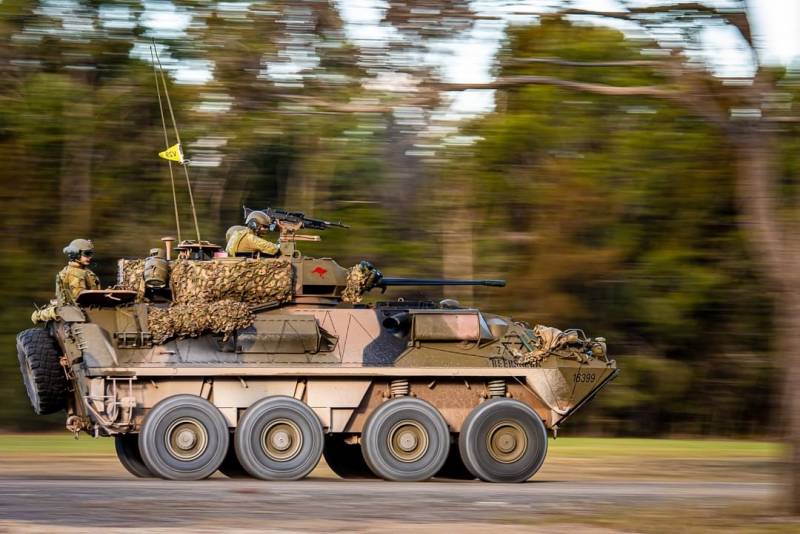 The military command includes the 2nd division – reserve. It has six mixed brigades, similar in structure to combat combined-arms brigades. There is a training brigade with six regiments throughout the country.

The main infantry armament of the Australian Army is the F88 Austeyr automatic rifle of foreign design and local production. Modern imported rifles are used only in special forces. The main machine guns are the F89 Minimi and FN MAG 58. There are a number of precision weapons and grenade launchers, mostly of foreign production. Infantry anti-tank weapons – Swedish L14 grenade launchers and American Javelin ATGMs. 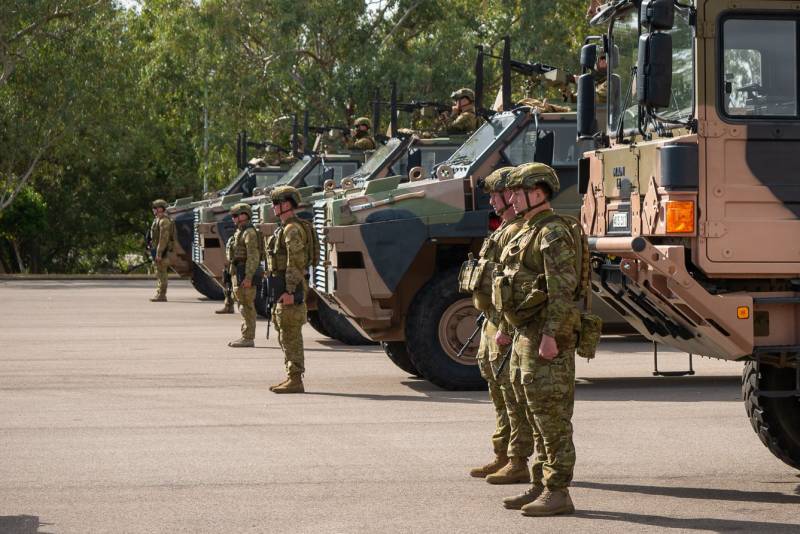 The main striking force of the army is the M1A1 Abrams main battle tanks – 59 units. The main infantry vehicle for the battlefield is the M113AS3 / 4 armored personnel carrier in the amount of more than 400 units. There are more than 250 ASLAV armored personnel carriers. A fairly numerous fleet of various armored vehicles has been built, more than 2 thousand units. Logistics tasks are assigned to cars and trucks of various models with a total number of more than 7 thousand units.

Engineering equipment is available to support the work of armored and motorized rifle subunits. Together with the Abrams tanks, they purchased 13 M88A2 armored vehicles. Together with the armored personnel carrier, 32 ASLAV-F and ASLAV-R vehicles serve. The armament consists of two types of mine clearance machines and tank bridgelayers. 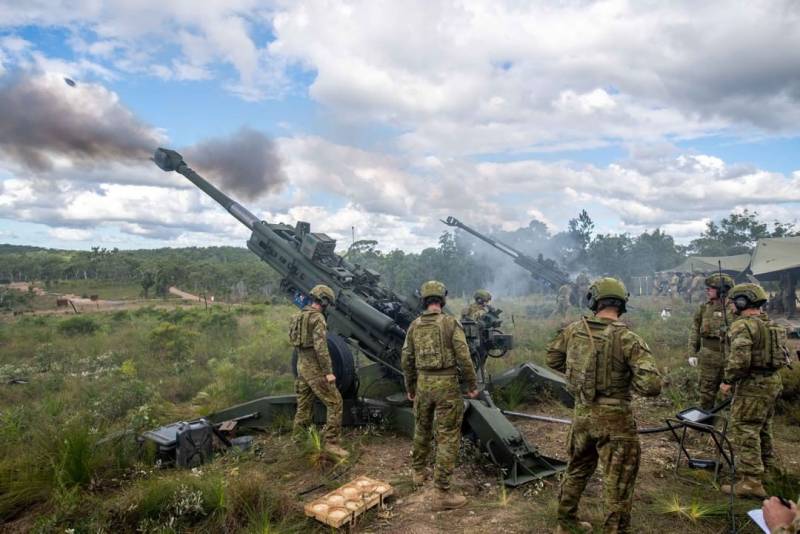 Army Aviation has approx. 120 helicopters for various purposes. The basis of this fleet is the medium transport helicopters MRH-90 (41 units) and UH-60 (20 units). There are 10 heavy CH-47s. Combat aviation is represented by 22 reconnaissance and strike Eurocopter Tiger. UAVs of several types are also being delivered – light and medium reconnaissance aircraft. Some of the aviation equipment is used by the ground forces and the naval forces on a joint basis.

The amphibious forces have 15 LARC-V amphibious transporters at their disposal. Also, the army airborne units own 12 LCM-8 boats. Other amphibious assault vehicles are naval forces. 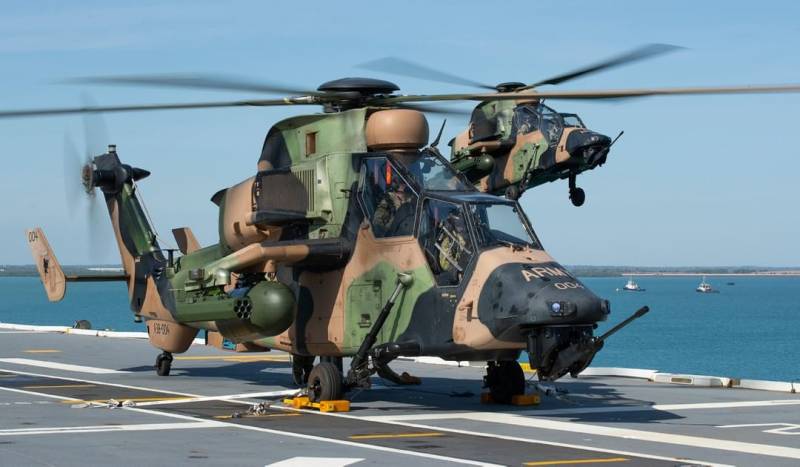 Currently, the Australian Army is purchasing a number of the latest equipment and weapons to replace obsolete materiel. In parallel, tests and other activities are being carried out, as a result of which new purchase contracts will appear. Such plans were drawn up until the early thirties and provide for a radical change in the fleet of equipment.

A contract has already been signed for the supply of 211 German-made Boxer wheeled infantry fighting vehicles. With their help, cash ASLAV armored vehicles will be replaced. Later, the write-off of obsolete M113AS3 / 4 will begin – now, within the framework of the corresponding competition, they are looking for a replacement for them. In the near future, the delivery of Norwegian air defense systems NASAMS-2 is expected. Then it is planned to purchase new MANPADS. The development of infantry equipment, communications and command facilities, vehicles, etc. will continue.

In the short and medium term, the army will have to select and implement several fundamentally new systems for itself. It is planned to adopt an operational-tactical missile system, deploy coastal missile systems, purchase patrol boats for operation on rivers, etc. The emergence and adoption of new systems in the field of intelligence, command, communications, cybersecurity, etc. is possible. 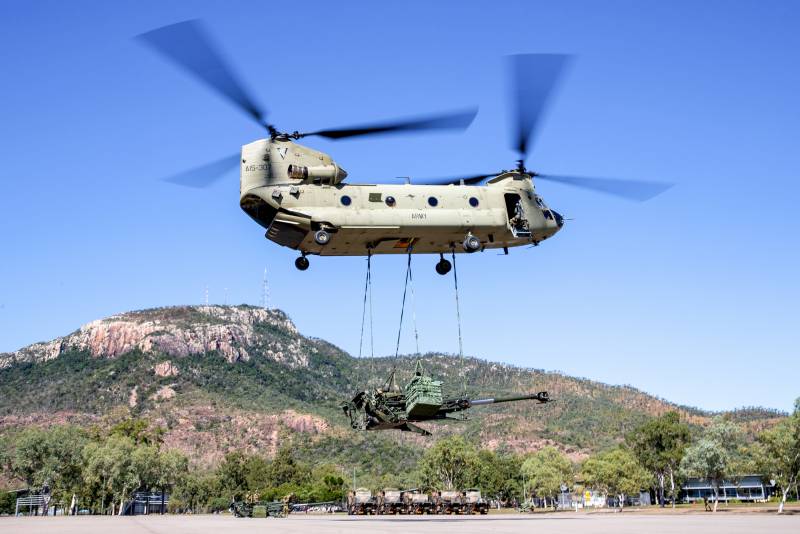 Between the past and the future

The Australian Ground Forces are of great interest in terms of organization, equipment, goals and objectives, as well as approaches to construction and modernization. Several years ago, they completed their restructuring of their structure into an “adaptive army”, and now a major upgrade of materiel is underway. Now the army is between two stages and you can observe it in an “intermediate” position, and also draw some conclusions.

First of all, attention is drawn to the relatively small size and number of ground forces, their weapons and equipment. The specific geographical position and the military-political situation in the region allow Australia to reasonably save on the army and reduce its size to the required minimum, while maintaining the required reserve.

In the course of recent reforms, the structure of the ground forces has been changed in order to optimize the quantitative and qualitative parameters. So, several combined-arms brigades are supplemented by the 1st division of variable composition, capable of taking various formations under its command and solving assigned tasks. If necessary, the “active” grouping can be quickly reinforced by several reserve brigades. 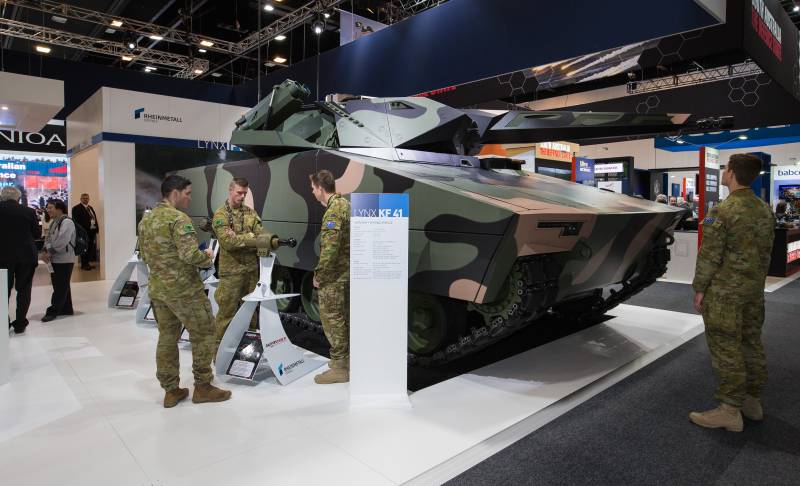 In terms of equipment, the Australian army is quite developed, but in a number of areas it is seriously inferior to other armed forces. There are outdated samples, and a number of areas are simply not closed, which negatively affects the combat effectiveness. Necessary steps are being taken, but updating and “closing the gaps” will take a long time.

The existing potential is actively used both in the course of our own and international exercises, and in real military and peacekeeping operations outside Australian territory. Fulfillment of current plans for the development of the army will increase the defense capability and other opportunities. The current modernization program is scheduled for several years ahead, and some of its aspects have not yet been determined. The results of all past and future activities will be clear by the end of the decade.