Among the experimental helicopters developed in the USSR, the V-50 machine, on which they worked at the Kamov Design Bureau, occupies a fairly prominent place. An unusual helicopter with an unconventional longitudinal propeller layout for the design bureau was planned to be used simultaneously in the ground forces and in the navy. The features of the helicopter, in addition to a scheme unusual for the USSR, were a high design speed – about 400 km / h and a modular composition of weapons.

The emergence of the B-50 combat helicopter project

The idea of ​​creating a new combat helicopter V-50 at the Kamov Design Bureau was turned to in 1968 as part of the search for ways to further develop the design bureau. The initiator of the creation of a fundamentally new combat helicopter was the deputy chief designer of the enterprise Igor Alexandrovich Erlikh. Igor Aleksandrovich by that time had experience working on the Soviet longitudinal Yak-24 helicopter, which was produced in a small series of 40 vehicles. The designer tried to implement the experience gained during the implementation of this project in a new ambitious project, designated B-50. The development received its name in honor of the 50th anniversary of Soviet power.

It is worth noting that in the Kamov Design Bureau, fundamentally new developments have always been of an individual nature, this project was no exception. Nikolai Ilyich Kamov was initially against this project, which could compete with the Ka-25-2 proposed by him, but at first he did not actively interfere with the development of a new helicopter. The new project only spurred the team, which had to work out various schemes, establish their pros and cons. In addition to the KB Erlich team, he attracted his good comrades from TsAGI to the project, with whom he was familiar from the development of the Yak-24 helicopter. 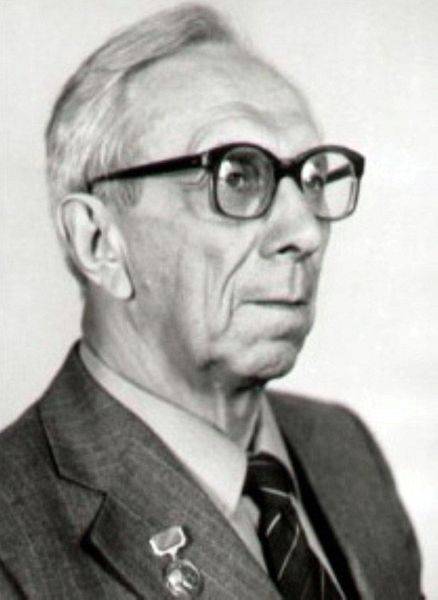 Preliminary design materials for the B-50 were ready in the fall of 1968. In December of the same year, at a regular meeting of the scientific and technical council of the Minaviaprom, two helicopter projects were discussed – the Ka-25-2 and B-50, both of which aroused great interest among the participants. However, when discussing the developments, representatives of LII and TsAGI took opposite positions: in fact, there was a process of choosing a path for the further development of the entire Kamov Design Bureau. As a result, the victory went to the Ka-25-2 helicopter, “on points”, which eventually transformed into the Ka-252. This particular helicopter, which was put into service under the designation Ka-27, was brought to mind and serial production. 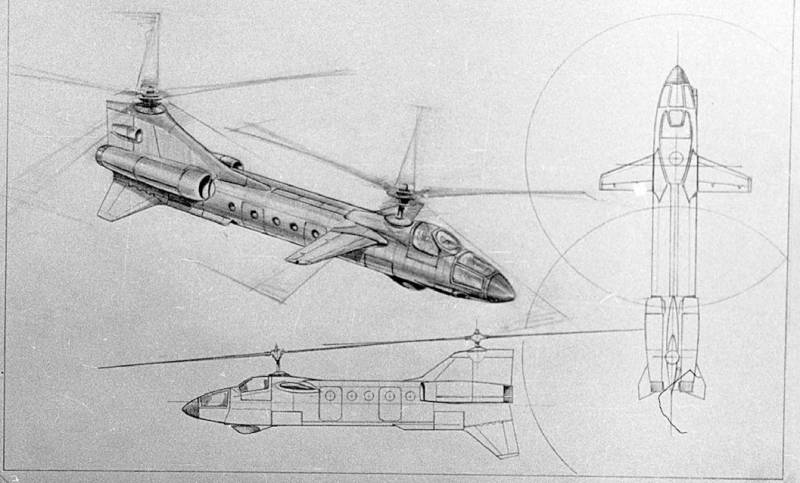 Thumbnail image of the V-50 helicopter, photo: Aviation and Cosmonautics magazine, No. 11 for 2017

After the meeting of the scientific and technical council of the ministry, internal competition in the Kamov Design Bureau increased. Ehrlich did not lose hope to bring the project of a new combat helicopter of the B-50 longitudinal scheme to mind, but the confrontation with Kamov reached new heights and lasted almost a year, although even the Aviation Ministry tried to reconcile the designers. Ultimately, in September 1970, Igor Erlikh was relieved of his post as deputy chief designer at the Kamov Design Bureau and transferred to work at NIIAS as a senior researcher; at the same time, thanks were announced to him through the ministry. A month after he left the design bureau on October 19, 1970, the preliminary design of the Ka-252 helicopter was completed, and the design bureau fully focused on bringing to mind this particular project.

Features and capabilities of the V-50 helicopter

It is worth noting that all the technical characteristics of the promising B-50 combat helicopter are not known, with the exception of the estimated flight speed. The design work with the selection of the necessary materials, diagrams, schedules and work plans was not fully completed. Despite this, both in the late 1960s and in 2020, the proposed version of the B-50 multipurpose attack helicopter looks like an ambitious concept. Of interest is the fact that the helicopter was simultaneously offered to both the army and the navy, which provided for modularity of weapons and a different composition of onboard equipment.

The uniqueness of the project of the Soviet helicopter, which was supposed to accelerate to 400 km / h, is evidenced by the fact that this speed has not yet been conquered by any serial helicopter. It is believed that the Sikorsky-Boeing SB-1 Defiant, which made its first flight in March 2019, came closest to this milestone. In October 2020, the helicopter managed to reach a speed of 211 knots (390 km / h). At the same time, the developers expect that in the future the helicopter will be able to reach a flight speed of 250 knots (460 km / h). 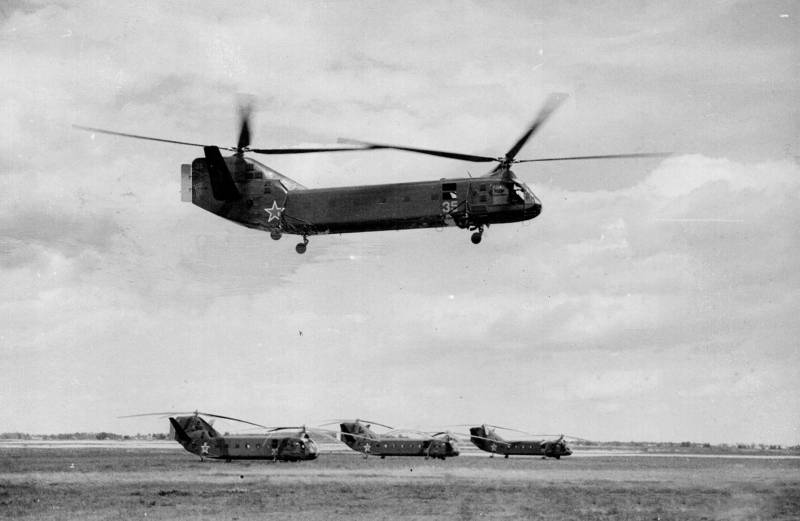 For his promising multifunctional combat helicopter B-50, Igor Erlikh decided to use a longitudinal scheme, which was implemented in the first Soviet serial helicopter of a similar layout, the Yak-24. The same scheme is used in the well-known American military transport helicopter Boeing CH-47 Chinook, serial production of which began in 1962. A feature of the B-50 project was a serious study of the aerodynamic capabilities of the machine, which received a rather narrow fuselage and short wings. It was assumed that a narrow streamlined fuselage would allow achieving high flight speeds.

Apparently, two Izotov TVZ-117 turboshaft engines, which were developed from 1965 to 1972, could be used as a power plant on the helicopter. These engines began to be installed on Mi-24 combat helicopters, and then on almost all Soviet serial helicopters. The TVZ-117 engines at that time were in no way inferior to the best foreign models and developed a maximum take-off power of up to 2200 l / s. Attack helicopters Mi-24, equipped with these engines, could develop a speed of 310 km / h in horizontal flight. 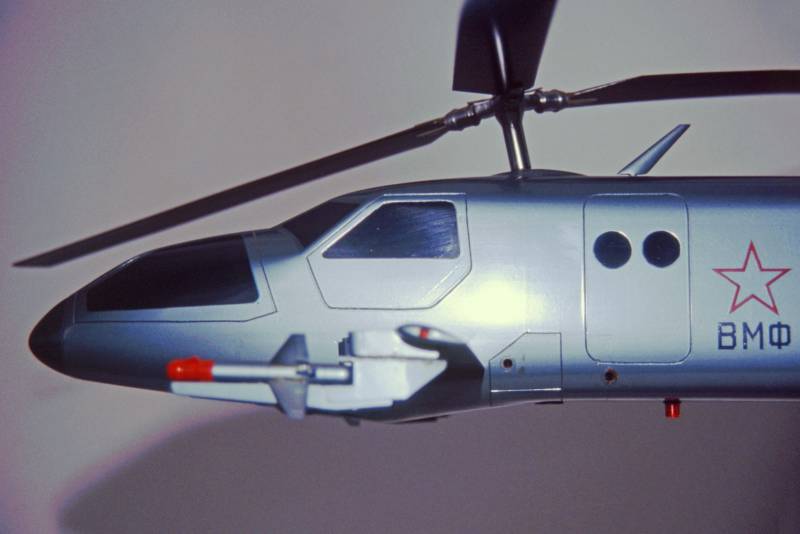 Like the Mi-24, the B-50 combat helicopter in the army version could take on board up to 8 paratroopers (possibly up to 10 people). According to the surviving models of the B-50, one can get an idea of ​​the appearance and layout of the unusual helicopter. In front of the combat vehicle was a cockpit with a tandem arrangement of pilots. The armament operator sat in the front cockpit, the helicopter commander was located behind him and above, both cockpits had sufficiently developed glazing, which improves visibility. Immediately behind the cockpit there was a rack with a three-bladed rotor, then there was an airborne cargo cabin, behind which in the tail of the helicopter were located two engines and a keel with an integrated strut of the second three-bladed rotor.

The innovative approach was to create a single glider for a helicopter intended for use in the army and navy. In the overwhelming majority of cases, helicopters are created either for sea-based and operations at sea, or for land use, since the operating conditions, the range of tasks to be solved and the weapons systems used are seriously different. When developing the B-50 combat helicopter, Soviet designers tried to get around this problem by creating a glider and a design suitable for solving a variety of tasks. It was planned that the helicopter could be adapted for anti-tank warfare, reconnaissance and anti-submarine warfare. 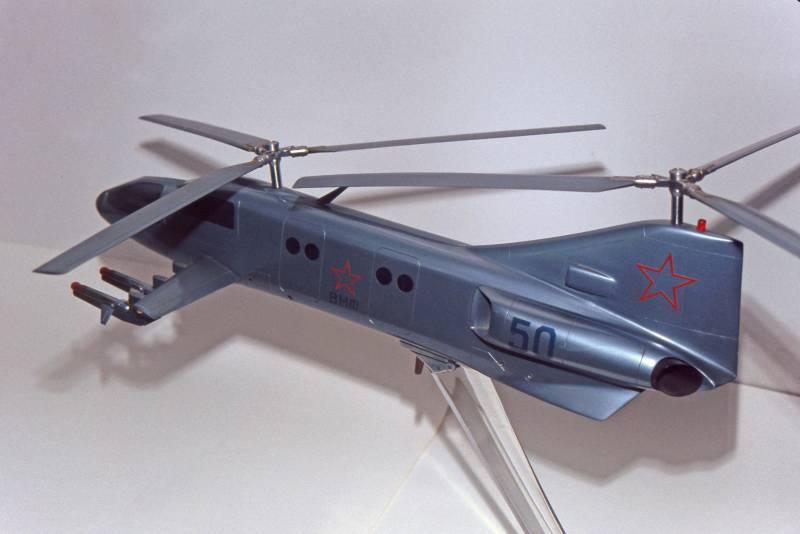 It is surprising that the original project of a combat helicopter with unique declared speed characteristics, which they tried to create in the Kamov design bureau, remained practically an unknown project. One appearance of this combat helicopter already distinguishes it from a series of domestic serial rotary-wing aircraft. Unfortunately, there are very few materials on the B-50 combat helicopter in open sources, and the only known technical characteristic is only the flight speed. In fact, all materials on the B-50 are limited to the article by the General Designer Sergei Viktorovich Mikheev, who, being an employee of the Kamov Design Bureau at the end of the 1960s, worked with Ehrlich on a project for a unique B-50 helicopter. Mikheev described the development process of the B-50 helicopter and the confrontation unfolding in the KB team in his article in the Aviation and Cosmonautics magazine for 2017 (No. 11). Also, information on the project can be found in the American (!) Online edition of The Drive, in which there is a section “War Zone” dedicated to various developments in the field of the defense industry.