“They built their own wall,
– answered the mandarin, –
in the shape of a pig! Do you understand?
The wall of our city is built like an orange.
Their pig will eagerly devour us!
– ABOUT. –
And both thought for a long time. ”
(“The Golden Serpent, the Silver Wind” by Ray Bradbury. Translator V. Serebryakov)

Weapons and firms. For some reason, it is believed that all rifles with a bolt controlled by a lever are “Winchesters”. However, in reality, this is far from the case.

Moreover, the whole history of this company after 1876 is a continuous struggle with a number of other companies that also produced the same rifles. In some ways they were better, in others they were worse, but they were. And one of the most successful and largest was the Marlin Firearms Co.

It would seem, what could Marlin do that Winchester could not?

But it turned out that there is no limit to improvement. And that even the “hard drive” design, excellent in its simplicity and reliability, can be improved even more. 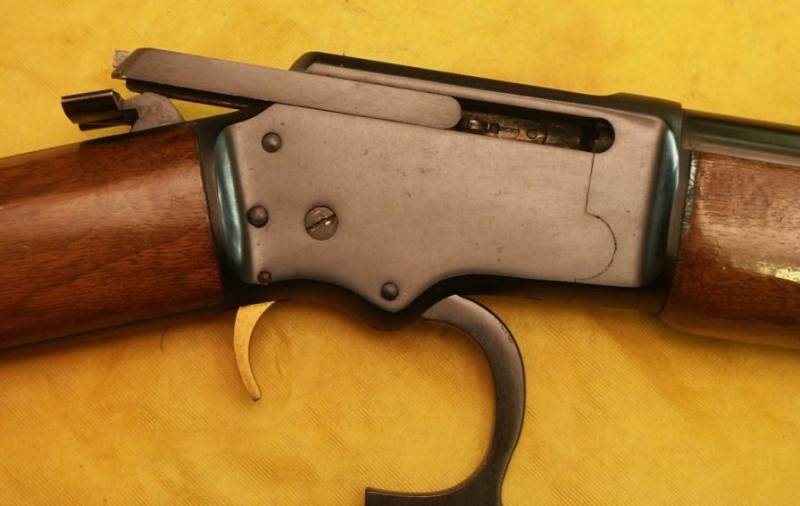 However, before we talk about the actual rifles of the “Marlin” company, let’s get acquainted with the history of this company. Without a doubt, less well-known than the history of the same “Winchester”.

And it so happened that in 1870, J. M. Marlin created the company “Marlin Arms”, whose enterprise was located in New Haven (Connecticut).

“Marlin” 1881 chambered for .45-70. Looks like Winchester, also throws casings up, and looks a little rough.

Already in 1881, “Marlin” presented its first lever action rifle, which was its answer to the growing demand for a reliable magazine rifle, which after the civil war only increased from year to year.

In 1886, the company introduced its unique lever-actuated two-piece firing pin fuse, which is still used in its rifles today.

In fact, this mechanism has become the “grandfather” of each of all modern lever mechanisms “Marlin”. As you can see, the firm has undertaken to compete with the famous Winchester in the most serious way. And she began to release her models at the same time. 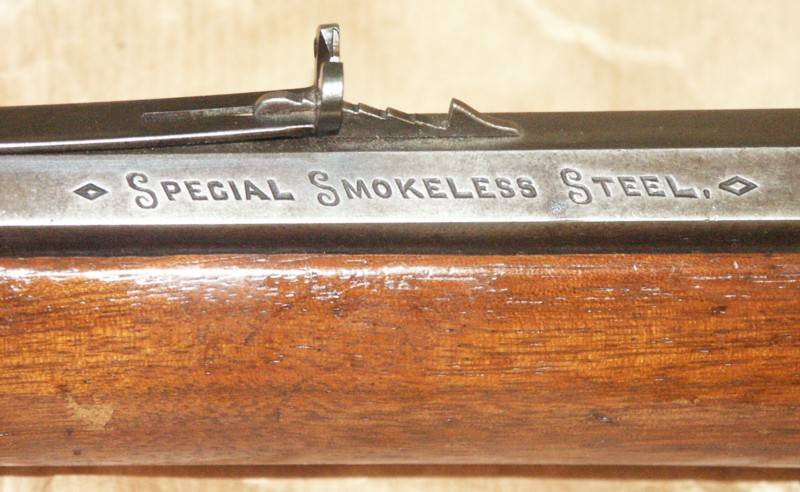 Marking of the barrel of the 1893 model, intended for firing cartridges with smokeless powder

And here it should be noted that Marlin was more sensitive, let’s say, to the market’s demands. And he felt better the new trends in the arms business, in comparison with the same “Winchester”.

So, despite the collaboration with John Moses Browning, the design of the receiver in the most important way remained the same. But the spent cartridges were thrown up from it. The only difference was that on the 1873 and 1876 models, the holes for the sleeves were on the top of the receiver, and on Browning’s 1886, 1892 and 1894 Winchesters. it was not there at all. The sleeve from the chamber was pulled out by the bolt and thrown up by the extractor. 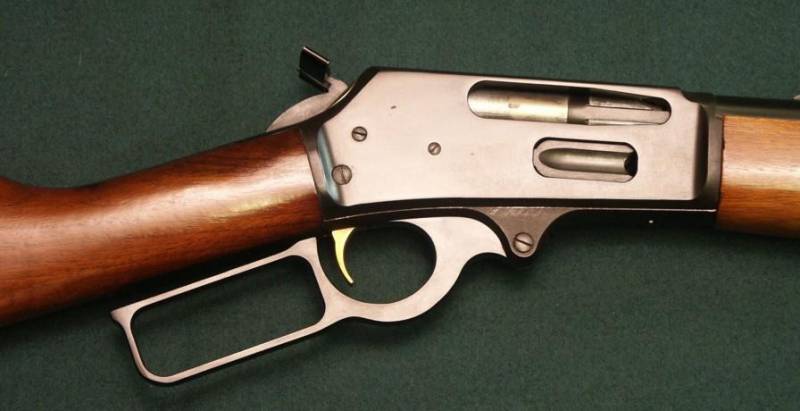 Bolt box of the Marlin M336 rifle. Interestingly, the tide under the receiver for attaching the lever is very similar to a similar part on the receiver of early “hard drives”. On later samples, J. Browning refused it.

And this was not very good, because it made it difficult to attach telescopic sights to the receiver, which just at that time began to gradually come into fashion, again from the experience of the civil war. In addition, the top-open breech block is easier to clog. 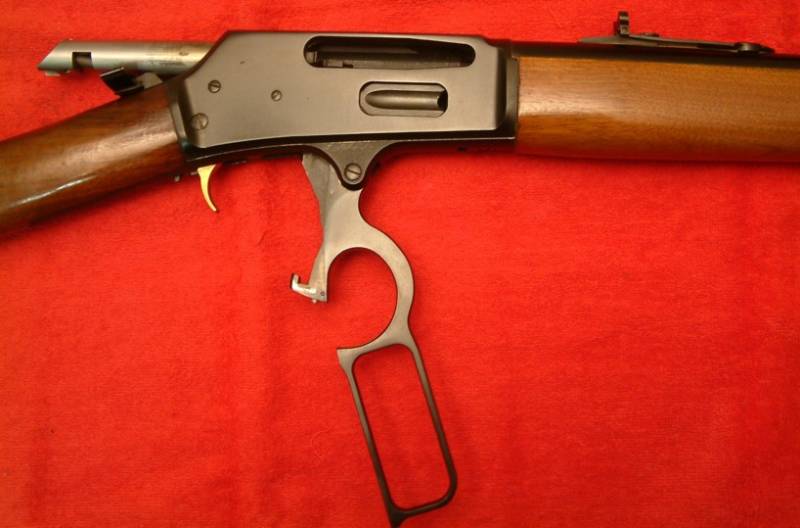 “Marlin” М336. Right view. The shutter is open. It is clearly seen that the device of the control lever is simpler than that of Winchester rifles, including those created by J. Browning. The shutter is cylindrical. Locking is performed with a wedge that fits into a rectangular groove located on the underside of the bolt stem, closer to the shank of the striker. During locking, the parts of the striker are closed, so a shot is possible only if the bolt is locked. The locking wedge on the lever couldn’t be easier. 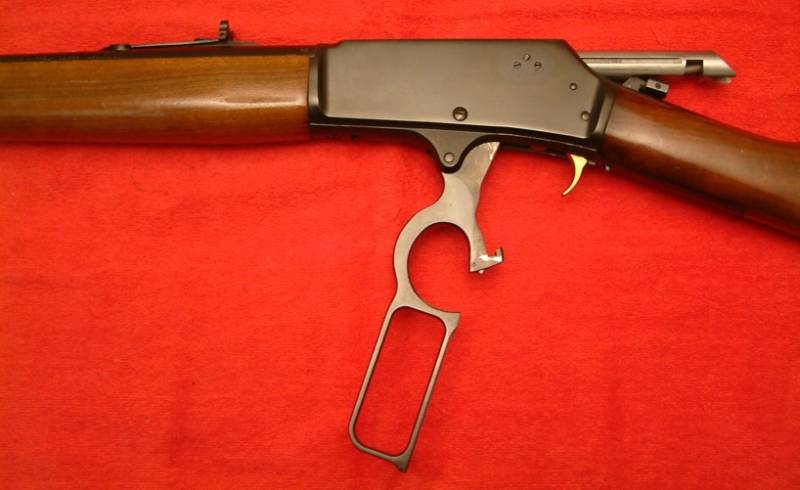 View of the receiver on the left

And the specialists of the “Marlin” company thought about it. And it ended with the fact that in 1889 another “marlin” entered the market, which had a receiver with a solid top and a side hole for spent cartridges on the receiver on the right.

Thus, it became possible to mount an optical sight on top of the 1889 model. And besides, the rifle mechanism itself was reliably hidden from dirt.

The design was immediately patented and became a characteristic feature of all subsequent “marlins”.

“Marlin” М336. Left view. On the carbine, as you can see, there are swivels

1891 saw the great success of the 39 22LR. And this rifle itself became the most famous example of a firearm in the history of the United States, which would have been produced continuously.

In 1894, this rifle combined all of Marlin’s previous innovations into one reliable platform, including a wedge-lock bolt, two-piece hammer safety, side discharge and the most durable and sleek receiver the industry has ever seen.

In 1895, the evolution of the 1894 model continued. To use more powerful cartridges, the receiver, barrel and magazine were increased, which, accordingly, also became larger in diameter.

In 1948 the Model 336 rifle was introduced, featuring a round breech (not rectangular like its predecessors) and improved Micro-Groove (12 fine groove) barrel rifling combined with a very carefully crafted lever mechanism. 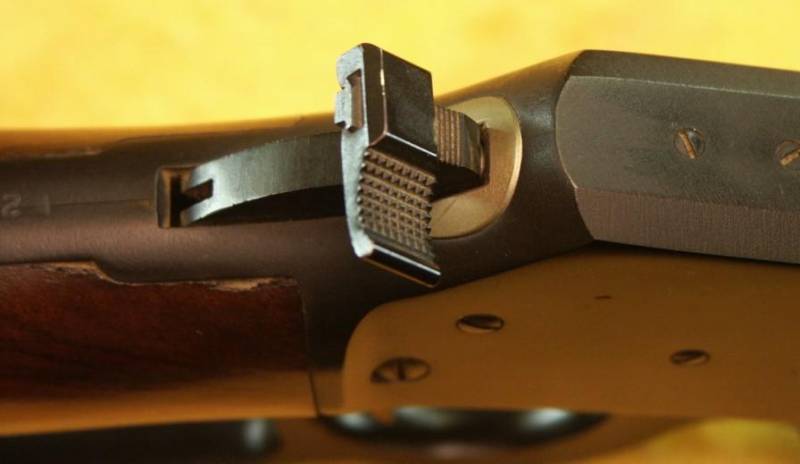 The trigger is very unusual on the M336. It has a side ledge that allows you to cock it with one finger with great convenience

Interestingly, the company has consistently improved its models, adding one number to the name. First there was model 36, then 336. In the photo М36АС

In 2018, the Marlin company updated М1894, improving its production technology.

In 2019, “Marlin” launches its “black series” – black rifles for modern hunters, containing many non-standard technical solutions and aesthetic improvements that were not previously available on this weapon platform. 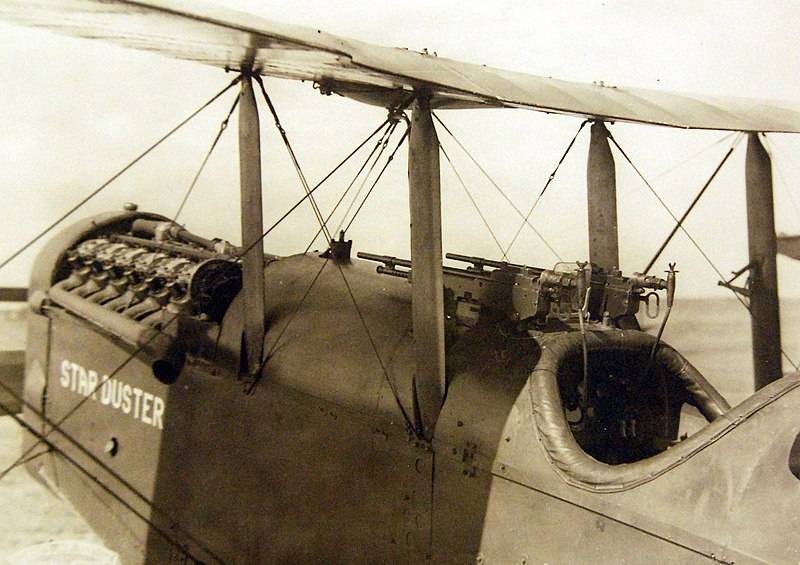 Earlier, in 2007, Marlin Firearms was bought by Remington Arms, part of the Remington Outdoor Company.

However, Remington went bankrupt and was bought by Ruger in 2020 – Sturm, Ruger & Co.

During World War I, Marlin became one of the largest machine gun manufacturers in the world for the United States and its allies. It was she who produced the Colt Browning M1895 machine gun and its later version, called the Marlin machine gun, optimized for use on aircraft.

During the Second World War, the Marlin company also produced 15,000 UDM42 submachine guns (but it has already been described on VO).

In the 1980s and 1990s, Marlin finally began to outpace Winchester in terms of sales.

It was the flat top of the receiver, which makes scopes easier to mount compared to traditional hard drives, that helped the company capture a large share of the American market as American shooters began to rely more and more on optics.

At the same time, the Marlin rifles are larger, much stronger, although heavier than most similar models of the Winchester company. Thanks to this, they can use very powerful cartridges, such as, for example, .45-70.

However, rifles and carbines “Marlin” М1894 are also produced in pistol calibers, in particular, .357 Magnum, .44 Magnum and .41 Magnum, which allows them to be used in tandem with revolvers chambered for these cartridges.

In 2008, Marlin released its 30 millionth lever-action rifle, which was donated by the US National Rifle Association.