Experts today continue to debate the prospects for biofuels in the aviation industry. Opinions on this matter are different, while it is obvious that so far there is more politics than economics on the issue of biofuels. Biofuels are important primarily for the environment and programs aimed at reducing the amount of harmful CO2 emissions into the atmosphere. Moreover, such fuel can have more harm than good.

What do we know about biofuels?

Today biofuels seem to be something new and special, but in fact they have always surrounded us. The simplest example that every Russian has probably come across is firewood – one of the oldest types of solid biofuels. If we give a generalized characteristic of biofuel, then it can be noted that this is a fuel that is produced from raw materials of plant or animal origin, from the products of vital activity of organisms or organic industrial waste.

The real history of biofuels was actively developed in the 1970s, when the United States passed a federal law that controlled air pollution at the national level, it was called the Clean Air Act. The law was adopted for quite understandable purposes in order to maximally reduce harmful emissions into the atmosphere of various vehicles: from cars and trains to airplanes. Currently, there are several dozen companies on the market that are engaged in the development and production of biofuels, and most of them are still located in the United States.

Today, there are two main types of biofuels. First-generation biofuels include vegetable fuels, which are extracted from common agricultural crops that are high in fats, sugars and starch. The starch and sugar from crops is converted to ethanol and fats to biodiesel. The most common crops for biofuels are wheat, rapeseed and corn. 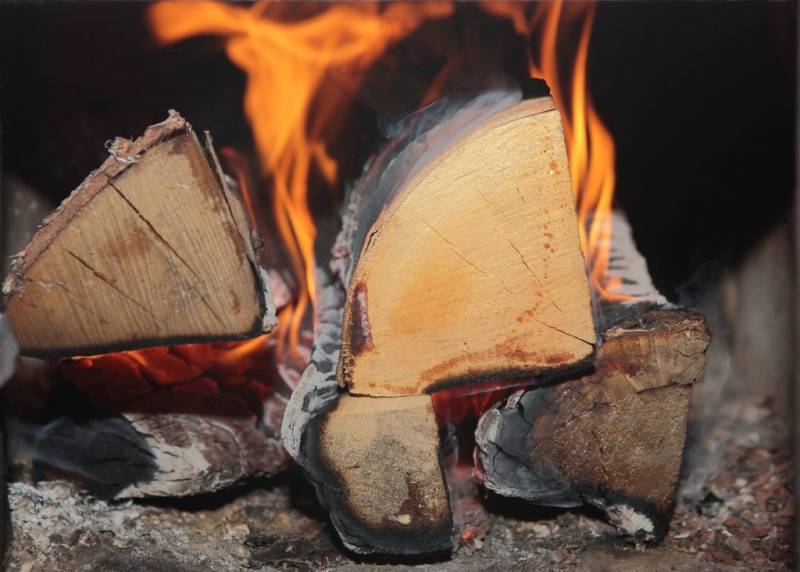 Second-generation biofuels are industrial biofuels, which are obtained from wood or plant waste, food industry waste, industrial gas waste, etc. The production of such biofuel is less costly than that of first-generation crops.

Algae can become another type of raw material for biofuels of the third generation. This is a promising direction for the development of this industry. Their production does not require scarce land resources, while algae have a high reproduction rate and biomass concentration. It is also important that they can be grown in polluted and salty water.

Until now, most of the world’s transport biofuels are first-generation fuels that are produced from plant materials. But in recent years, investments in this industry have been falling. This fuel and its production have many disadvantages. One of them is undermining food security. In a world where the problem of hunger has not been resolved, many politicians and activists consider it inappropriate to convert agricultural products into fuel.

Experts believe that the use of such biofuels is more harmful to the climate than good. By reducing emissions from burning fossil fuels, we are simultaneously making major land-use changes. The growing demand for biofuels is forcing agricultural producers to reduce their area for food crops. This is at odds with food security programs in many countries.

The production of biofuels from agricultural raw materials has an indirect effect on food production, the variety of crops grown, food prices, and the area of ​​agricultural land used. In a world predicted to have 1.2 billion hungry people by 2025, spending 2.8 tons of wheat to produce 952 liters of ethanol or 5 tons of corn to produce 2,000 liters of ethanol does not seem to be the most rational and ethical decision. 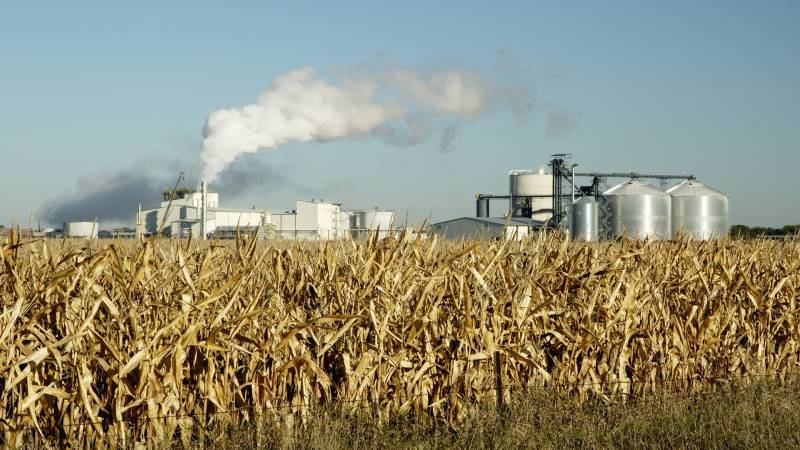 The second generation biofuel looks more promising, which does not harm the environment, does not deprive humanity of food and helps to solve the problem of waste. Experts believe that such biofuel, made from industrial gas and wood waste, has great prospects, including in Russia. In our country, only the waste of the forest industry is estimated at 35 million cubic meters annually, and in terms of logging volumes we are second only to the United States.

Aviation and the entire air transport sector can be identified as possible growth drivers for biofuels. Aviation accounts for about 10 percent of the total fuel consumed on the planet, which is quite a lot. However, the prospects for biofuels in aviation are not so clear. Biofuels, as a replacement for the oil from which aviation kerosene is produced, has its pros and cons.

It is important to remember, however, that biofuels have an impressive lobby in aviation. First of all, at the level of organizations, which include the International Air Transport Association and the International Civil Aviation Organization (ICAO). These organizations are lobbying for the biofuel itself and the standards for its use in air travel.

Moreover, the airlines themselves also see some advantages in the use of biofuels. First, they maintain good relations with ICAO and civil society organizations. Secondly, transport is greener. The topic of ecology is currently very popular, one might say, “HYIP”, and is a very good PR platform for airlines. Third, biofuels have economic benefits in reducing the risk of volatility in fuel prices.

At the same time, the economy in the issue of biofuels plays both a plus and a minus. First, consider the positive that airlines love. The biofuel market today is over-the-counter, such fuel produces a stable and understandable cost. In turn, the classic fuel obtained in the process of oil refining is an exchange commodity, the cost of which directly depends on the prices on the exchange. Fluctuations in fuel prices go on constantly, and this is observed by everyone, even people far from this area.

Now let’s talk about the economic disadvantages. Biofuel production is not cheap. Jay D. Keesling, professor of chemical engineering and bioengineering at the University of California, Berkeley, who is also the chief executive officer of the Joint Institute for Bioenergy, told Global Energy that mass production of biofuels for aviation is currently less cost-effective than producing aviation fuels. kerosene from oil. 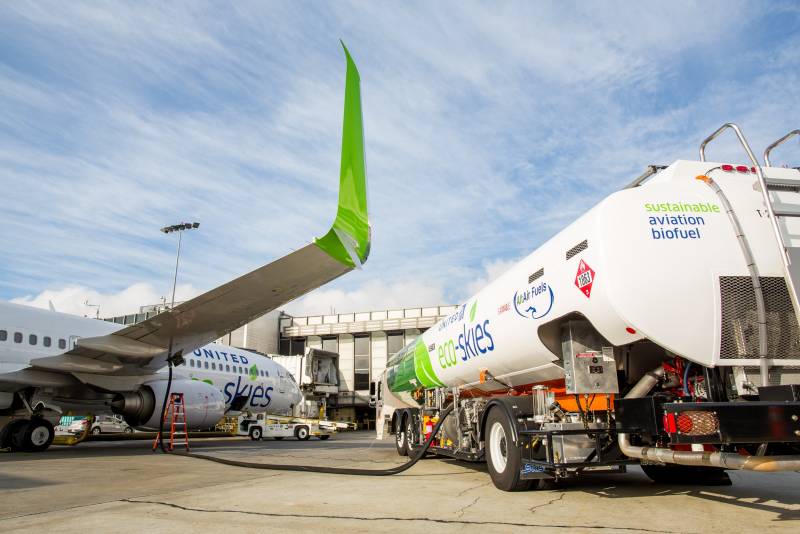 “Fuel for modern jet engines, which is made from oil, is very cheap. If countries around the world establish rules that require the use of carbon neutral fuels or introduce carbon taxes on aviation kerosene, this could motivate producers of bioreactive fuels. We know that it is possible to produce such fuel, but the main problem today is the economy. “

Dmitry Los, who is the director of the Timiryazev Institute of Plant Physiology (IPR RAS), agrees with his overseas colleague. The cost of biofuels for aviation is still very high. Biofuel production these days is more of a political will than an economic phenomenon. According to the expert, aviation kerosene is already well purified and emits little into the Earth’s atmosphere, in contrast to coal-fired power plants, which are still sufficient throughout the world.

Both Dmitry Los and Jay D. Kisling believe that the most promising will be the use of second- and third-generation biofuels. The production of biofuel from algae (natural microorganisms), and, in the future, genetically engineered microorganisms seems to be more efficient. This approach has a large resource base and solves the problem of a shortage of agricultural land and irrigation resources.

In addition, such production will be a closed cycle technology that can reproduce itself indefinitely. At least as long as the sun is shining over our planet and the process of photosynthesis is underway. Kisling, in turn, added that the problem of lack of resources could eventually be solved through the widespread use of organic waste in the production of biofuels.

The use of biofuels in aviation

Today, the use of biofuels in aviation is being pushed at the political level. For example, in the EU, aviation accounts for 3 percent of greenhouse gas emissions. Through the use of biofuels, the International Air Transport Association expects to halve the volume of harmful emissions into the atmosphere by 2050 (compared to 2005).

The problem is that all these emissions occur in the most sensitive layers of the Earth’s troposphere. Air travel growth of five percent per year could over time lead to an unchanged share of global CO2 emissions from aviation to 3 percent by 2050 (they currently account for 2 percent of emissions globally) …

For the atmosphere of our planet, even such an increase is already a lot. Taking into account the problem of global climate change on the planet, humanity needs to reduce the volume of harmful emissions and work to improve the environmental friendliness of aircraft engines. This is important if we want to limit our impact on global warming to 1.5 degrees Celsius versus pre-industrial development. 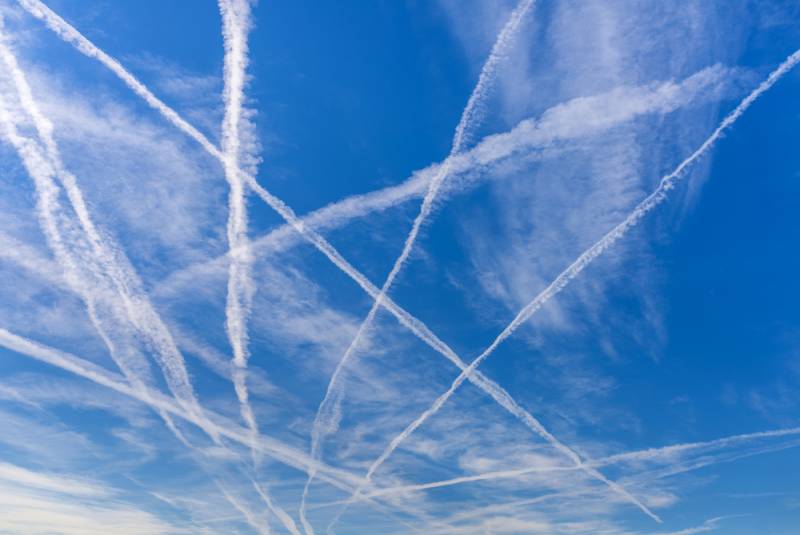 Contrails from planes in the sky

So far, the replacement of aviation kerosene with biofuels is carried out gradually by mixing the two types of fuel in the proportions of 10-20 percent of biofuel to kerosene. Even with such volumes, this gives a tangible reduction in harmful emissions into the atmosphere.

The first experience of using biofuels in aviation dates back to 2008. Then the Virgin Atlantic airline carried out the flight, mixing 20 percent of biofuels with regular aviation kerosene. Since then, this technology has been tested by various airlines, including such large ones as KLM. The most notable achievement belongs to Hainan Airlines, which flew from China to the United States in 2017, using a mixture with the addition of used vegetable oil as fuel.

The Air Force is also interested in technology. For example, in India, the An-32 military transport aircraft have received certification for flights using biofuel. The engines of this aircraft normally run on a mixture, 10 percent of which are biocomponents. By 2024, the Indian Air Force expects to reduce the use of conventional aviation kerosene by $ 4 billion, making a fairly wide switch to biofuels.

By 2030, aerospace corporation Boeing plans to produce aircraft that will be able to make regular flights on 100% biofuel. At least, such plans are really voiced by the aircraft manufacturer today. At the same time, biofuels are far from the only way to reduce harmful emissions into the atmosphere.

A promising direction may be the creation of aircraft with hybrid or all-electric engines. This is a real chance to make aviation not just carbon-neutral, but completely environmentally friendly. It remains only to wait for the appearance of powerful storage batteries, oxidized by atmospheric oxygen.