102-mm guns of the cruiser New Zealand, mounted in front of the Naval Museum in Auckland.

A charger swiftly rose from the hole, huge, like a piano, set on its edge, caught up with the gun and sucked into its already opened mouth, immediately releasing a rattlesnake steel snake, straightening on the go into an elastic stick. The snake pushed the shell into the canal of the gun and quickly ran back. On the way, she touched the ledge of the copper box above the tray, and from there, slamming the door, a half-charge silk cylinder fell out. The snake rushed forward, drove it into the barrel and on the way back dropped the second half-charge into the tray; with a short, already angry blow, she threw him into the canal and, thundering and clanking, disappeared into her hole, and the charger began to fall down into the hole as rapidly as it had appeared. The castle squeezed into the weapon with an insinuating twist of a worm crawling into the ground, and silence fell again in the tower, emphasized by the hum of engines.
L. Sobolev. Major overhaul

Weapons from museums. The second half of the 19th century for the British Navy was marked by a truly revolutionary event: guns loaded from the muzzle were replaced by guns loaded from the breech (BLR or BL – this is exactly what this abbreviation meant). A special type of naval guns stood out, distinguished by a high rate of fire and capable of firing two or more rounds per minute. The British Navy began to designate them as QF. Since by the end of the 19th century, all guns began to be loaded from the breech, the meaning of the designation changed. Now the letters BL denoted guns with a cap or separate-case loading, and QF – guns that had a unitary shot. So, the designation BL 4 inch naval gun Mk VII should be understood as follows: “naval gun with a cap-loading 4” caliber, model 7 “. 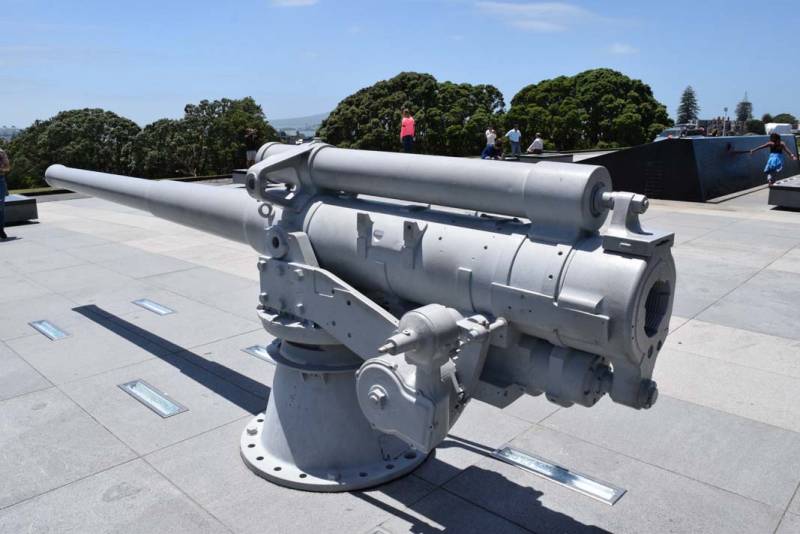 We specifically mentioned this particular weapon of the British Navy, since it was discussed in the article “How Battleships Explode”, recently published on “VO” and caused quite a heated controversy among its readers.

The mentioned article dealt with the naval gun 102-mm Mk VII, which was armed with the Spanish dreadnoughts “Spain” and, in particular, the battleship “Jaime I” mentioned in it. The interest of the readers was aroused by the cartridge loading described in the text and taking place on these guns. They say that this is “out of date”. That there were also cartridge guns, with unitary ammunition. And yes, they were and were used, but an interesting story happened with this weapon, which will be discussed just today in this material. 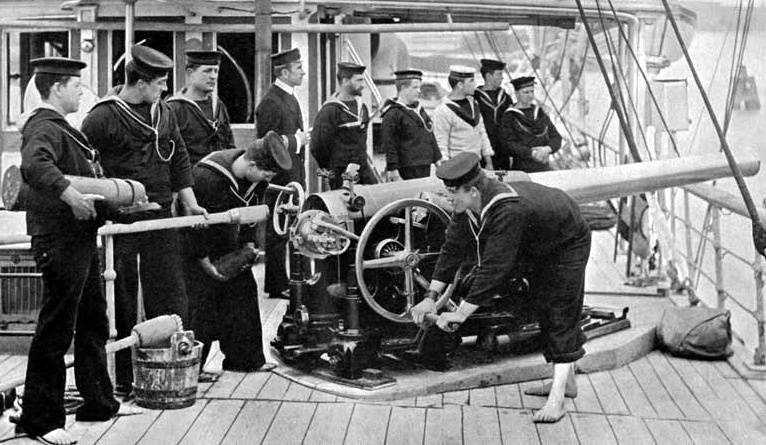 So, let’s start with the fact that this gun was developed as a rapid-fire, anti-mine and anti-torpedo weapon for arming the new battleships “Bellerophon” and as the main weapon for light cruisers. The destroyers became larger, their survivability increased, and the old 75-mm guns could no longer hit them with the same effectiveness. Work on a new weapon began in 1904, and already in 1908 it was put into service. Moreover, the 102-mm guns in the British fleet by that time were already: QF 4 inch naval gun Mk I – Mk VI. But since in military affairs all types of weapons are aging very quickly, it was decided to replace the old weapons with new ones! 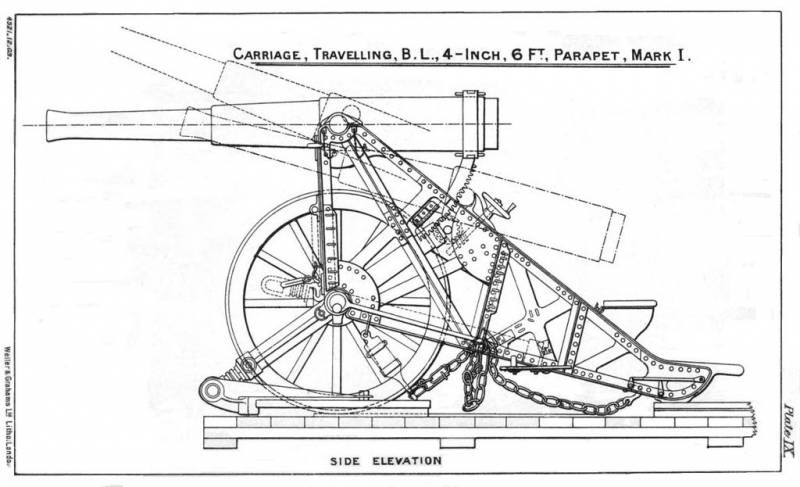 Interestingly, these guns from the very beginning were created so that they could be used on a wheeled chassis as land

Since the main efforts of gunsmiths in those years were aimed at creating heavy guns of 305, 381 and 406 mm caliber, much less attention and efforts were paid to small-caliber guns, and the designers did not work on them the best. Technical solutions were chosen simpler and cheaper. The innovations were frowned upon. That is why, for example, a Bungee obturator was used in the Vickers piston gate, and the barrels themselves had the simplest “wire” design. 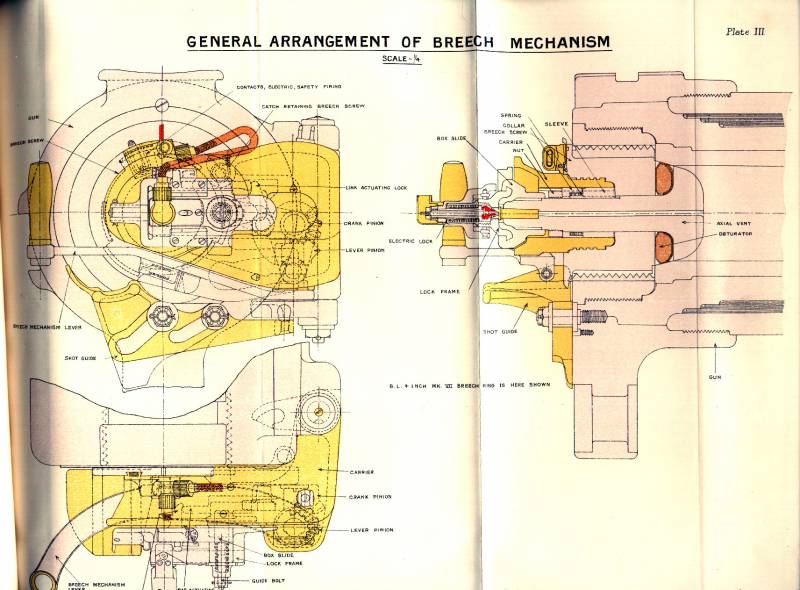 The Vickers piston valve had a traditional design and when opened, it was tilted to the right. The obturation was carried out using a canvas-covered cushion stuffed with asbestos (the latest model was reinforced with woven brass wire) with a mushroom-shaped copper front protective disc (“Bungee obturator”), which is held in the front of the bolt by a special screw with an axial ventilation hole. 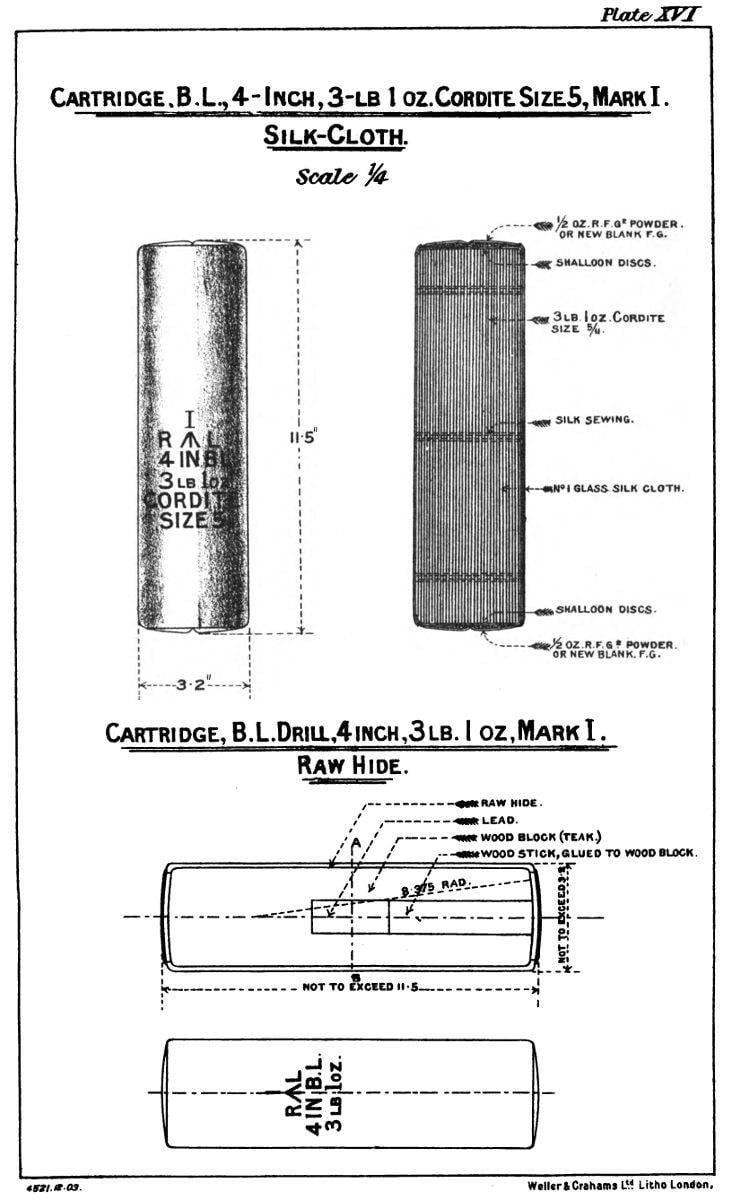 The propellant charge to the gun was of the cap type (the fabric shell was usually made of silk or cotton, impregnated with a solution of Berthollet’s salt and coated with nitrolac) and weighed from 2.7 to 4.4 kg. Explosive – cordite (nitroglycerin smokeless powder, good and highly flammable). So to set fire to such a cap as it was described in the excerpt from the novel given in the epigraph would not have been a big deal. High-explosive shells were equipped with liddite (the English version of picric acid) – an extremely powerful, but dangerous explosive, and less dangerous TNT. Shrapnel and semi-armor-piercing shells were also used. The usual proportion of projectile loading was as follows: 60% high-explosive shells, 15% high-explosive tracer shells and 25% semi-armor-piercing shells with a ballistic tip. 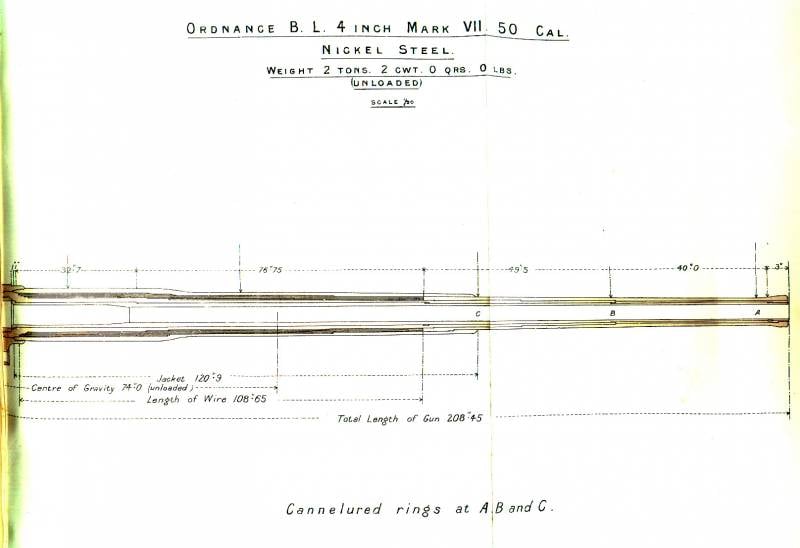 The barrel had two main pipes: internal (2.065 m length and 343 mm external diameter) threaded and external. The outer one was tightly wrapped with steel wire, which increased the burst strength of the barrel. At the rear of the pipe, a thread was cut to secure the shutter. Then another pipe was pulled over the wire-covered pipe with tension, which turned the barrel into a very strong and rigid structure, but at the same time the inner pipe could be removed and replaced with a new one, which, of course, had to be done periodically, since the rifled part was worn out by shooting … This replacement of worn-out inner tubes in the barrels of guns was called and is called lining, and the replaceable “tube” itself was called a liner.

However, such barrels were not found on all guns of this type, but only on the Mk VII cannons. The Mk VIII guns did not have a replaceable liner. When the barrel was worn out, it was repaired by boring the inner tube with the subsequent installation of a liner. Apparently, the designers of the gun wanted to see which type of barrel would be cheaper to operate with all other things being equal. It should also be noted that the designation of the caliber of this gun (102 mm) is also somewhat arbitrary. In reality, it is equal to 101.6 mm, but it is clear that for the sake of convenience it was rounded. 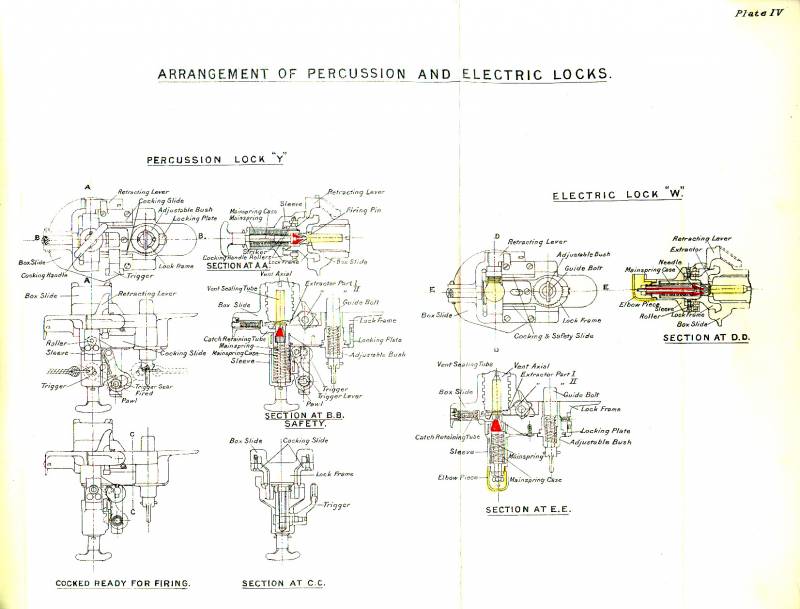 The shot was fired both by means of a percussion mechanism and with the help of electricity, and both mechanisms were interchangeable. The recoil devices were very effective, so the barrel rollback did not exceed 680 mm. 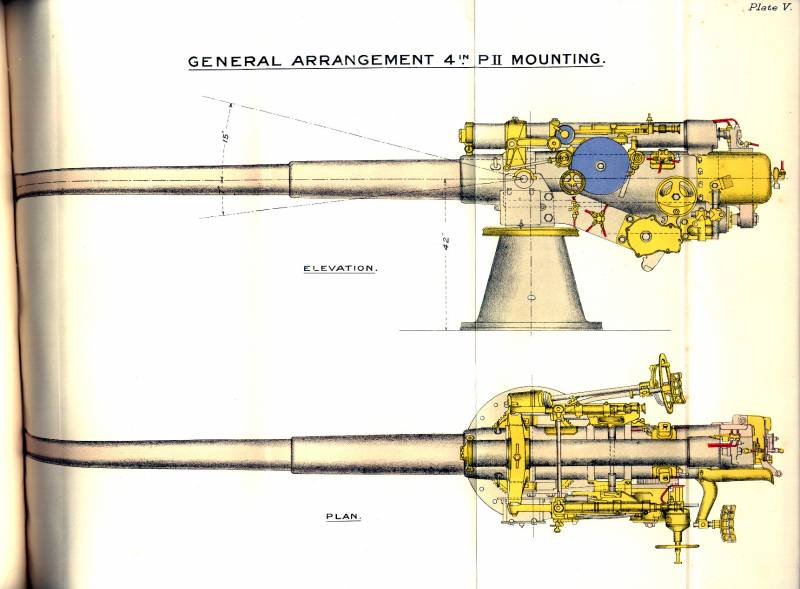 The performance characteristics of the guns were as follows (and differed little on all three models): 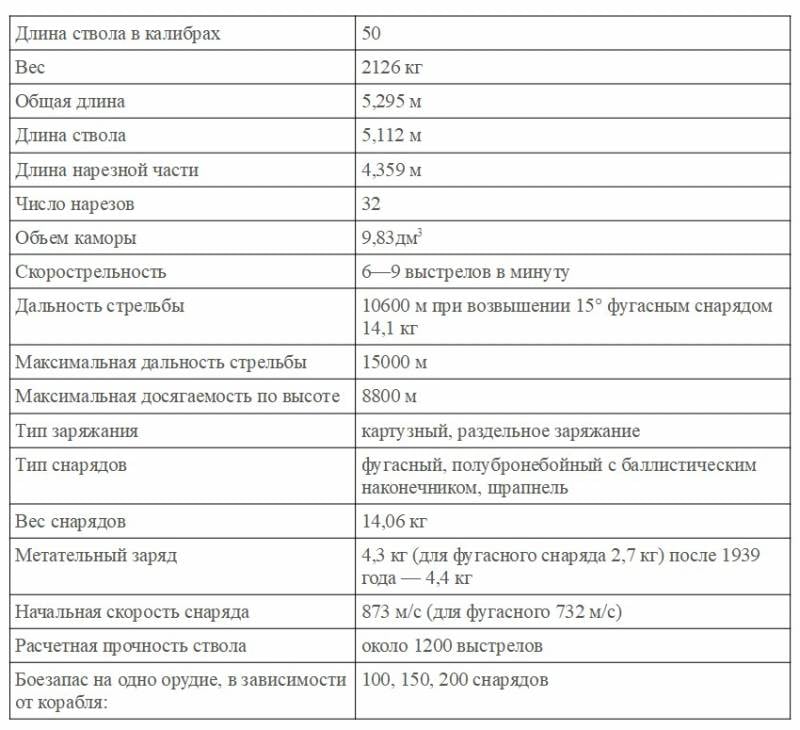 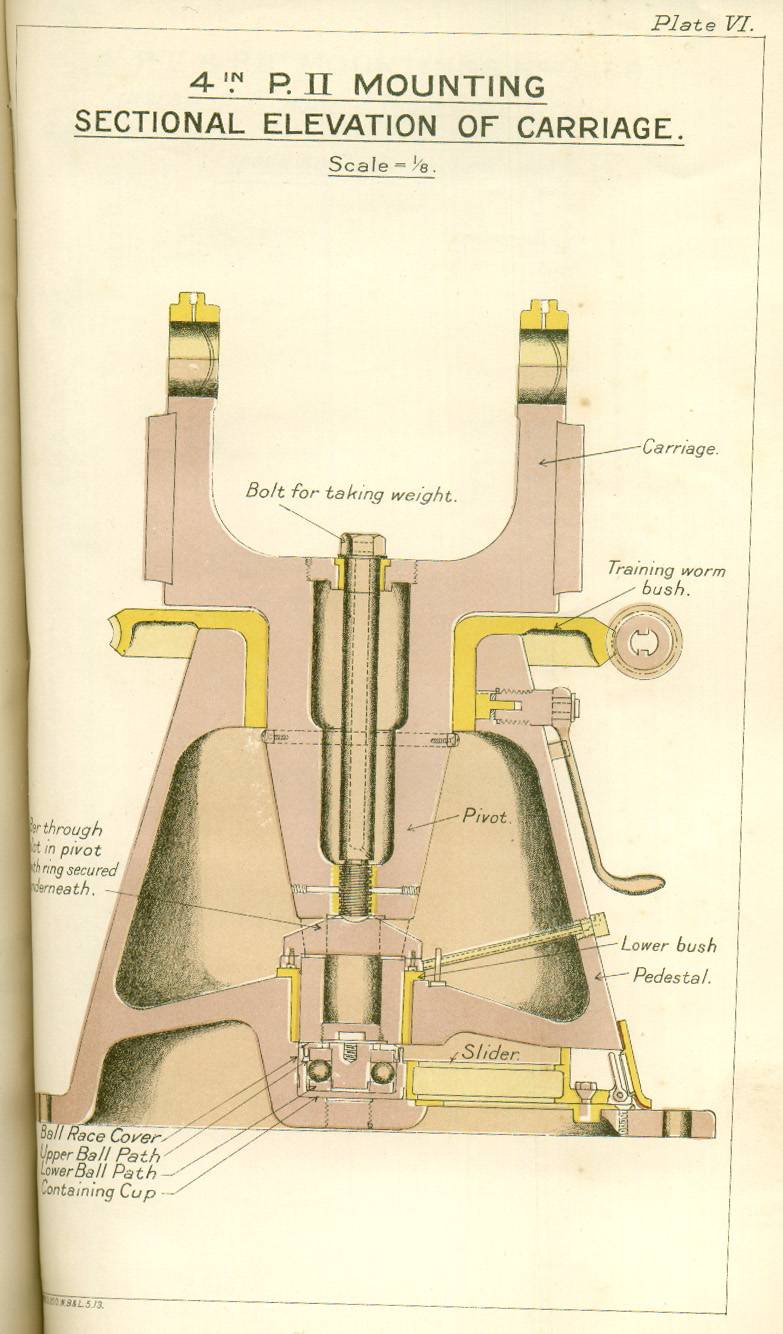 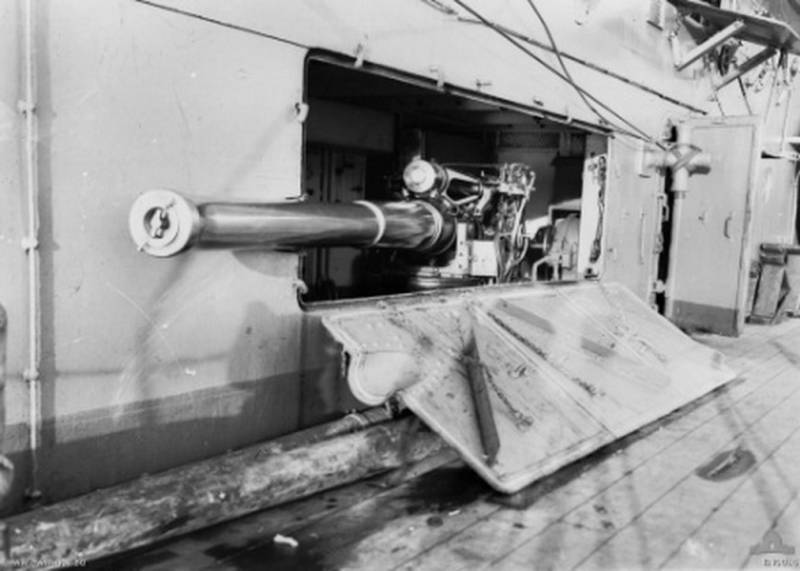 Casemate installation on the cruiser “Australia” 1918 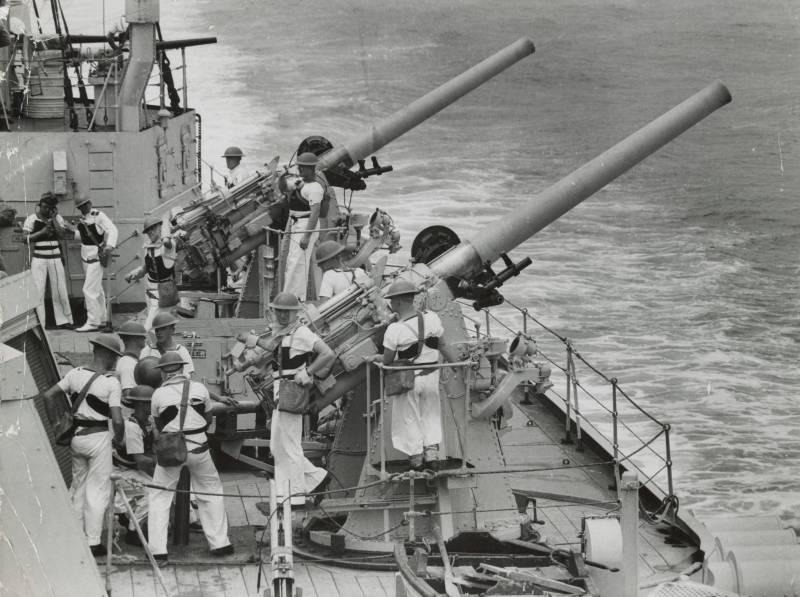 The 102 mm Mk VII naval guns were usually used in single-barreled mounts. They were installed on pedestals openly on the deck, without shields – as, for example, in this photo taken on the cruiser “Sydney”, or with armor shields, as well as in semi-towers and casemates

Fire control was carried out using a complex electromechanical device Vickers FTP Fire Control Instruments Mark II, which, with the introduction of corrective amendments, made it possible to lock the target and track it in a semi-automatic mode. Range data was obtained from a rangefinder. 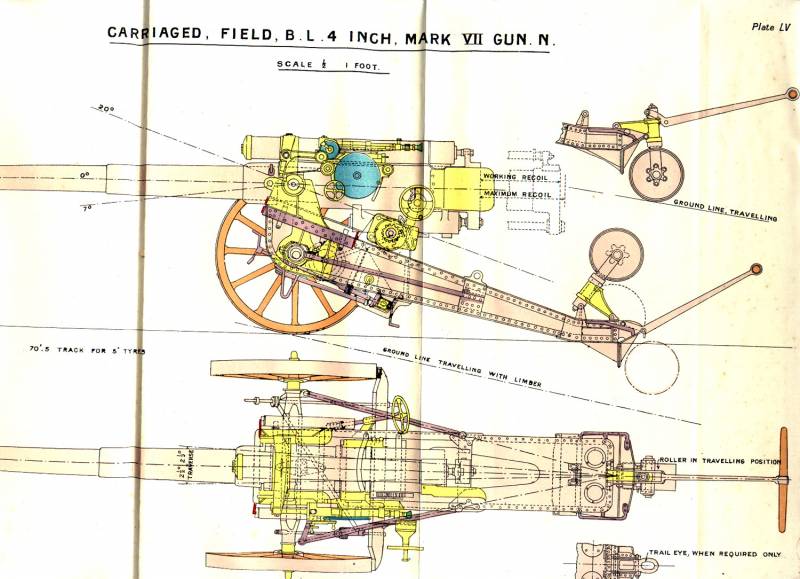 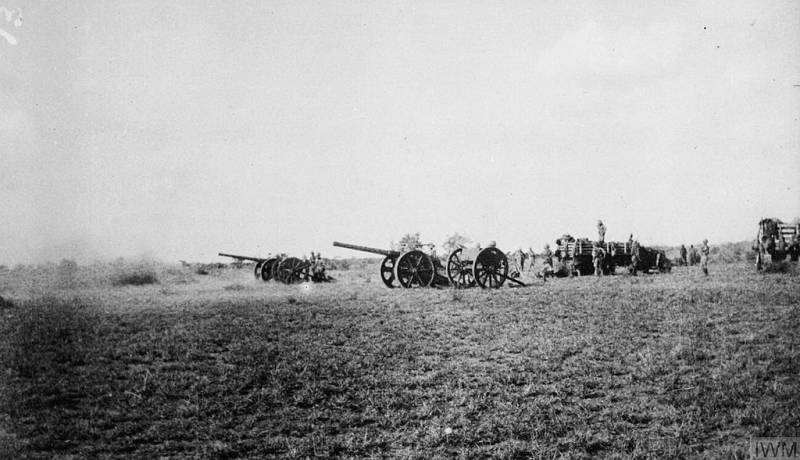 Interestingly, these guns had a chance to shoot on land. During the First World War, they were installed on wheeled carriages and used in East Africa. But during the Second World War, it was these guns that were installed on the improvised British self-propelled 4 ”Mobile Naval Guns. The British took the threat of a German invasion of the British Isles very seriously. 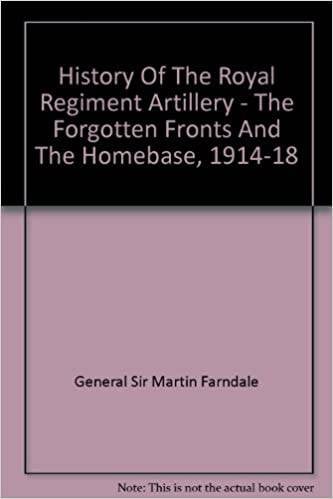 Therefore, among other activities, they also attended to the creation of powerful self-propelled guns based on the Foden DG / 6/10 three-axle artillery tractors with a 6×4 wheel arrangement, in the back of which the BL Mark VII guns were mounted on a pedestal mount. Any booking of the gun was not provided. The crew consisted of 6 people and was transported directly in the back. In total, 49 self-propelled guns were built in this way, which were transferred to the coastal defense unit, where they were to be used for anti-amphibious defense. And I must say, they could well perform this function, given the range of their firing and the power of the projectile. 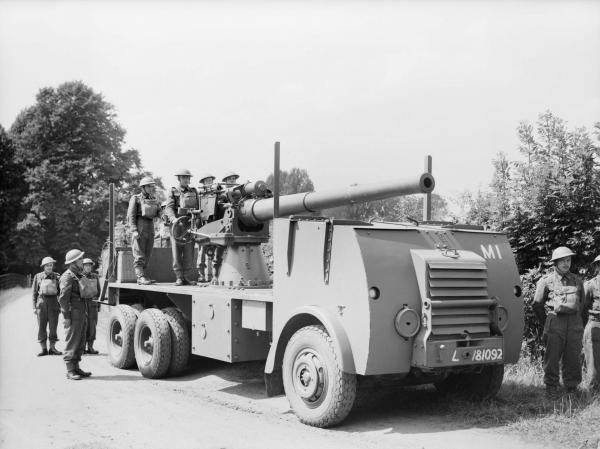 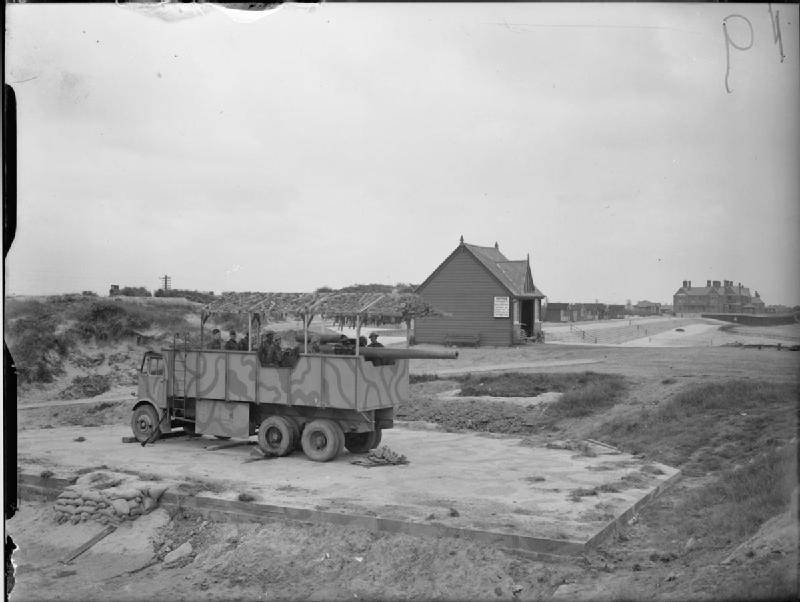