Rostec announces the beginning of delivery to the troops of serial complexes of automated control systems for anti-tank formations (KSAU PTF) 83t289-1 “Zavet”. Such a complex is capable of observing, tracking targets and distributing them between anti-tank weapons. It is expected that the introduction of new control systems will significantly increase the potential of existing and future missile and artillery systems.

In the interests of defense

The development of the KSAU PTF started several years ago by order of the Main Missile and Artillery Directorate of the Ministry of Defense. The project with the index 83t289-1 was developed at NPP Rubin (part of the Vega concern from the Ruselectronics holding) with the participation of a number of other organizations.

In 2018, the army and industry revealed the appearance of a new command vehicle, and also announced approximate plans for the future. By the end of the year, the “Testament” was planned to be transferred to military trials. Upon their completion, it was supposed to start mass production and start supplying the complexes to the troops. 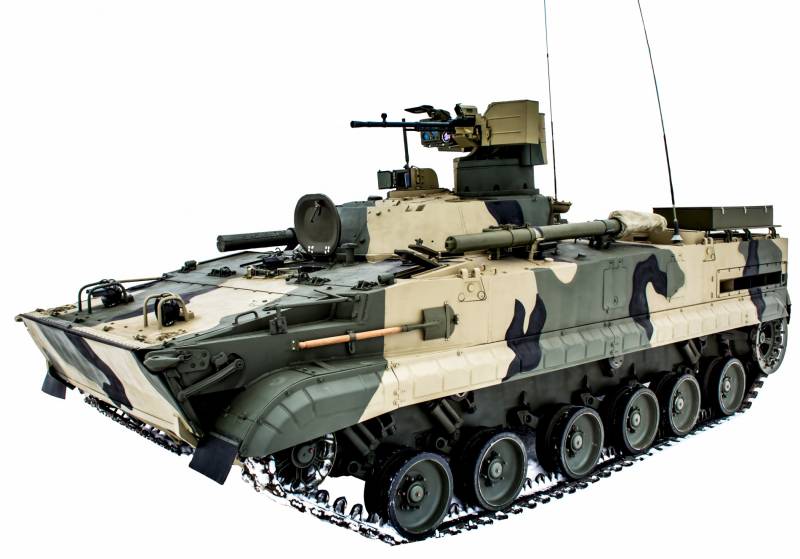 On February 25, 2021, the Rostec press service announced the start of deliveries of serial equipment to the ground forces. The details of the contract being executed were not specified. The quantity of the ordered equipment, its cost, delivery time and the parts in which it is transferred is unknown.

The news about the start of supplies appeared against the background of the participation of Russian enterprises in the international exhibition IDEX-2021 in the UAE. Along with other modern developments, the KSAU PTF “Zavet” was presented at this event in the form of a layout and advertising materials. Thus, a new domestic development is being introduced to the international market, and news of the first foreign orders may appear in the near future.

KSAU PTF “Zavet” includes several components on a self-propelled chassis and in a portable / transportable version. The complex includes a command-staff vehicle 83t289-1.3 and a command-observation vehicle 83t289-1.4. There are also remote control and observation posts intended for commanders of different levels. Along with these funds, the troops are also supplied with a set of systems and products for maintenance, etc. 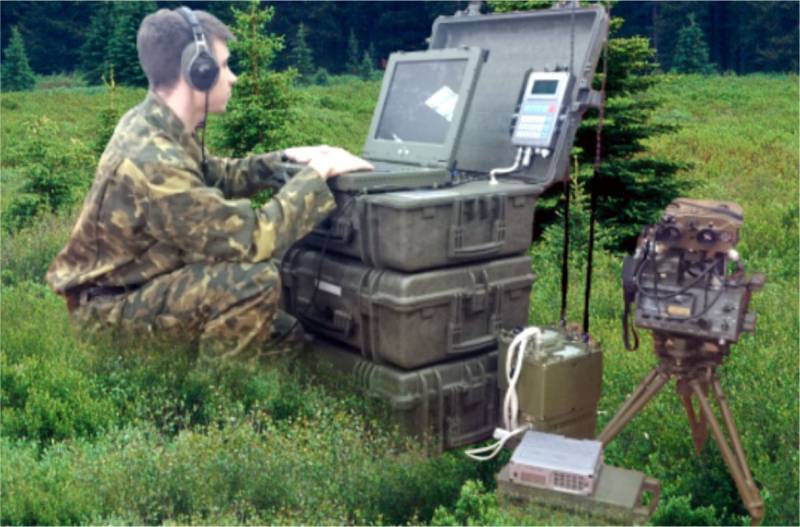 Remote command and observation post of the battery or battalion commander 83t239-1.8

Self-propelled vehicles from the “Covenant” are made on the basis of the BMP-3. The chassis and turret are deprived of standard armament, equipment for the troop compartment, etc. For self-defense, a remotely controlled module with a machine gun is placed on the tower. New devices are installed inside the hull and on the turret.

Command vehicles 83t289-1.3 and 83t289-1.4 are capable of receiving data about the battlefield from third-party sources, independently conducting observation using optoelectronic means and processing incoming data. Onboard electronics provides automated tracking of targets, determining the degree of their danger and developing target designation with subsequent issuance to combat vehicles. It is reported that such functions are implemented using artificial intelligence. The crew of command vehicles includes 5 people, 4 of them perform control tasks.

The optics of the 83t289-1.3 and 83t289-1.4 vehicles provide independent target detection at ranges of up to 3-5 km during the day and up to 1.5 km at night. Communication is provided with two higher command posts and with four subordinate posts or combat vehicles, which makes it possible to collect data on the situation outside the line of sight. The communication range, depending on various factors, is up to 100 km.

Remote stations 83t289-1.8, 83t289-1.9 and 83t289-1.10 are intended to organize the work of battery and division commanders outside of armored vehicles, incl. at a distance of up to 500 m. In terms of their functions and capabilities, the portable products completely duplicate the standard automated workstations on armored vehicles. 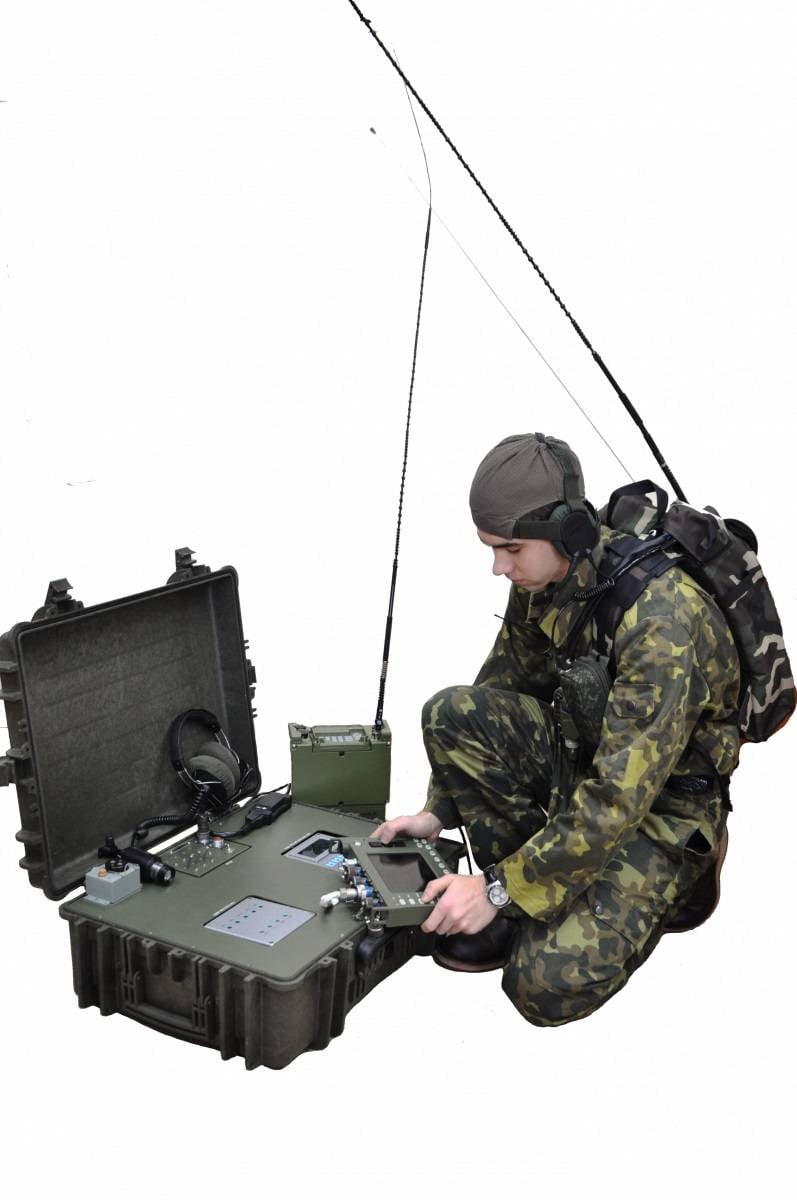 The KSAU PTF also includes a unified set of software and hardware controls 83t289-1.6. This is a set of instruments designed to be installed on combat vehicles to ensure interaction with the Covenant complex. Devices from 83t289-1.6 provide data exchange with command posts and process incoming information.

The 83t289-1.6 complex can be installed on the Khrizantema-SP, Shturm-SM and Kornet-D1 missile systems, as well as on the Sprut-SDM1 self-propelled anti-tank guns and on the vehicles of unit commanders using such equipment. Thus, KSAU PTF “Zavet” with the same high efficiency can ensure the operation of missile and artillery anti-tank defense.

For calculations of portable missile systems or artillery guns, a portable terminal 83t239-1.11 is intended. The terminal is made in the form-factor of a backpack with a tablet computer and voice communication facilities.

Modern anti-tank systems of various kinds are capable of operating both independently and under the control of command and staff vehicles. The Russian army already has several similar models capable of controlling the operation of missile systems and artillery. The newest KSAU PTF 83t289-1 “Testament” continues the development of this direction, and due to a number of new components and capabilities provides a number of advantages. 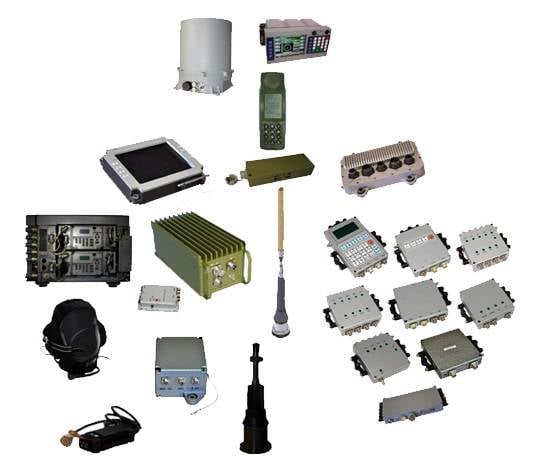 The Covenant complex is universal and can be used in units with different weapons and at different levels. On its basis, control loops for a platoon, battery or battalion with missile or artillery weapons can be built. The scope of delivery and the number of products of a particular type is determined in accordance with the composition, tasks and needs of the rearmament unit. Among other things, this makes it possible to put into operation a limited number of Zavet machines, and to solve other problems by modernizing the cash KShM with the help of sets 83t289-1.6 and 83t289-1-11.

The new KSAU PTF was created taking into account the network-centric concept and is capable of interacting with various army assets. The exchange of data on the situation with higher or subordinate headquarters and vehicles is carried out. Third-party sources of information supplement the standard means of observing combat and command vehicles, increasing the likelihood of timely detection and destruction of a target. In addition, the target can be transferred to a complex capable of showing the best results in the current environment.

The presence of “Covenant” increases the speed of anti-tank formations, and also allows the fullest use of the potential of specific fire weapons. Network capabilities make it possible to deploy effective anti-tank defense on long fronts using the entire range of fire systems. 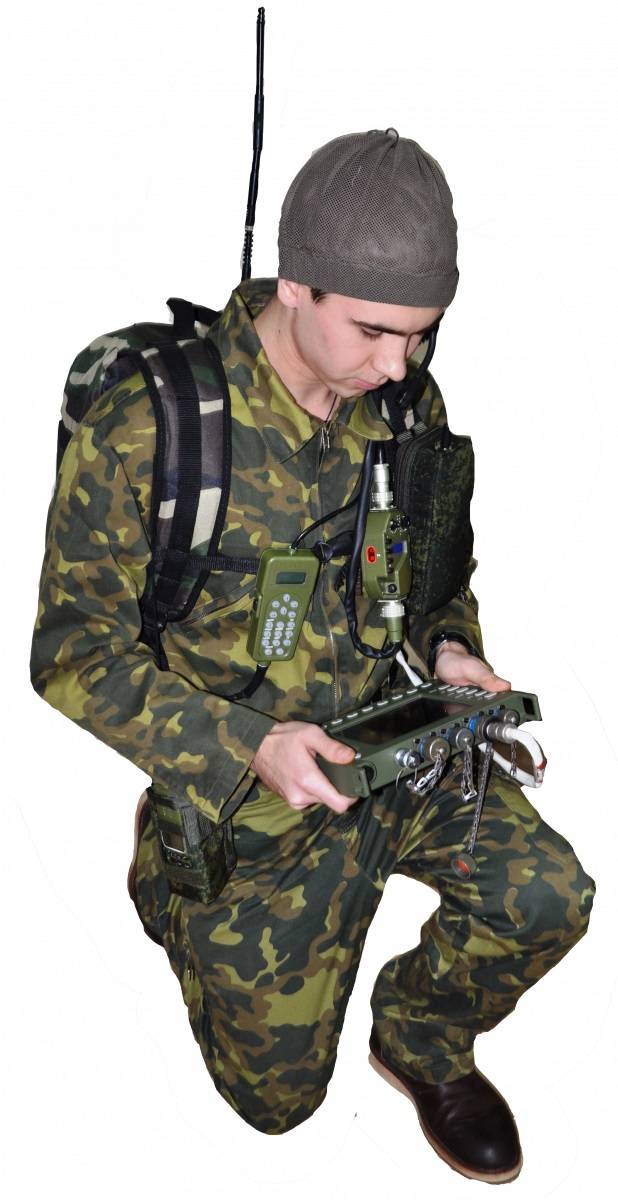 KSAU PTF 83t289-1 is of great interest to the armies. This has already led to the emergence of a contract for the production of equipment for the Russian ground forces. In the wake of the current foreign exhibition, new orders may appear from third countries wishing to strengthen their anti-tank defense.

In recent years, anti-tank missile systems of a number of types with different characteristics and capabilities have been actively supplied to the Russian army. The appearance of these samples markedly improved the overall anti-tank defense potential. Now a new stage has begun in strengthening this component of the ground forces, which will be carried out through the modernization of command and control facilities.

The troops were supplied with the first serial automated control systems “Zavet”, which will have to control the operation of missile and artillery systems and ensure that the maximum possible combat qualities are obtained. So far, we are talking only about a small number of control complexes, but in the future the situation will change – and the army will be able to fully use promising equipment and weapons.