In 2018, the French shipbuilding company Naval Group presented an interesting concept design for the promising SMX31 submarine. A few days ago, during the exhibition, Euronaval Online presented an updated version of this project with a number of original innovations. The new project SMX31E combines the most daring decisions, which should positively affect the fighting qualities and commercial prospects.

The presented SMX31E project is based on a number of basic concept ideas, but there are noticeable innovations. To improve the main technical and combat characteristics, the structure and exterior of the ship have been redesigned, the introduction of new devices and systems is proposed. At the same time, overly complex components were abandoned. At the same time, the theoretical possibility of solving a wide range of problems with the use of various weapons or special equipment remains.

The SMX31E boat should be 80 m long with a width of approx. 10 m. The underwater displacement is 3200 tons. Outwardly, such a ship is similar to the base sample. The use of “bionic” hull contours with good hydrodynamic performance is envisaged. There are no deckhouse with fencing; instead, the boat must carry a small protruding fairing. In the aft part, the fairings of the water cannons are preserved. Horizontal rudders appeared on the sides, and X-shaped planes remained in the stern.

The hull should receive a polymer protective coating to prevent noise from escaping the boat and interfering with detection by active means. At the same time, the SMX31E concept, unlike its predecessor, does not offer the use of “smart” coating, which works as an additional sonar station. It was abandoned due to its excessive complexity. 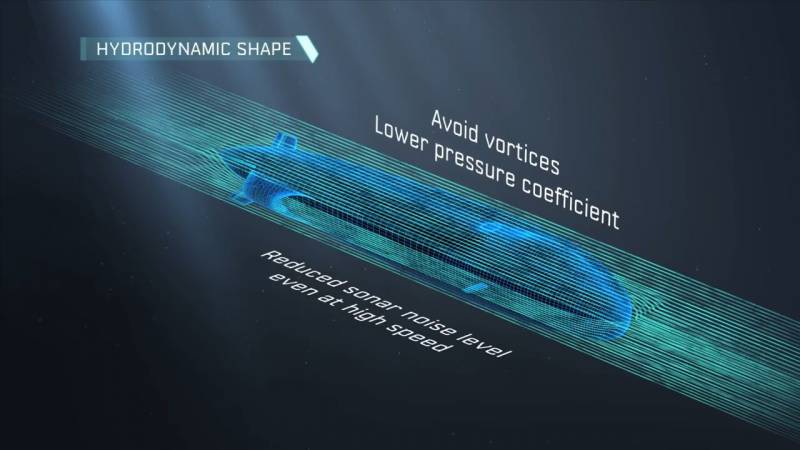 The layout resembles modern submarines, but it has its own characteristics. The bow of the boat accommodates hydroacoustic equipment, behind which there are living compartments, a central post, etc. The central and aft parts are given for the elements of the power plant, and also have free space for one or another equipment, for example, for underwater unmanned vehicles. The power plant is moved out of the solid body, freeing up significant volumes.

The project provides for a high degree of automation of all major processes. In addition, measures are being taken to simplify routine maintenance, incl. while hiking. All this makes it possible to reduce the crew to 15 people, which gives additional advantages of a technical and other nature. For individual missions, the submarine will be able to accommodate up to 20 people. additional crew.

Power plant of the future

The SMX31E concept offers a fully electric power plant. Diesel or other engines, incl. there are no air-independent ones, due to which the noise level is sharply reduced in all modes without losses in other characteristics. In addition, there is no need to move on the surface or at the periscope depth with the intake of atmospheric air. 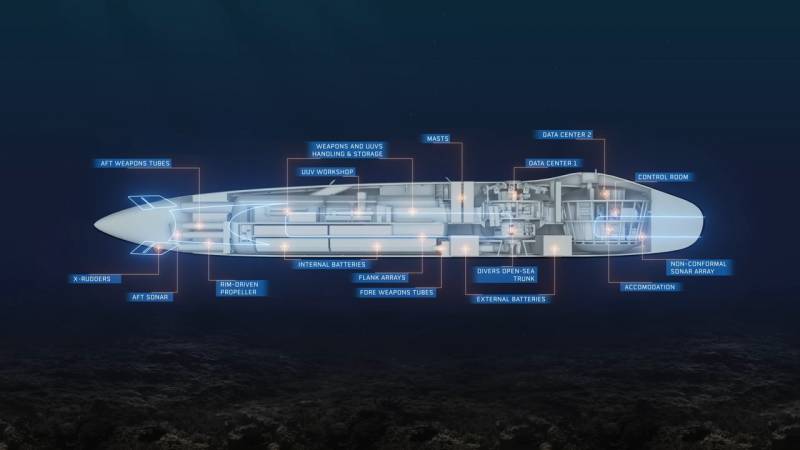 The power plant is based on high-capacity storage batteries. It is proposed to place the battery pits in the central and stern parts of the boat, incl. in volumes that could be used to install engines. Curiously, some of the batteries fit inside a solid case, while others are outside. This is intended to facilitate maintenance and battery replacement for repairs or upgrades.

The movement will be provided by two running electric motors. As in the previous version of the project, they are placed in side fairings outside the rugged hull and are equipped with water cannons. Such a power plant will provide high driving performance with minimal noise. Plus, it saves space inside the rugged case.

According to calculations, even modern batteries allow to obtain sufficiently high driving characteristics. At an economic speed of 5 knots, the SMX31E submarine will be able to stay on a cruise for up to 60 days. At 8 nodes, the service life will exceed 40 days. At the same time, unlike diesel-electric submarines, the SMX31E can remain under water throughout the entire trip without intermediate ascents. 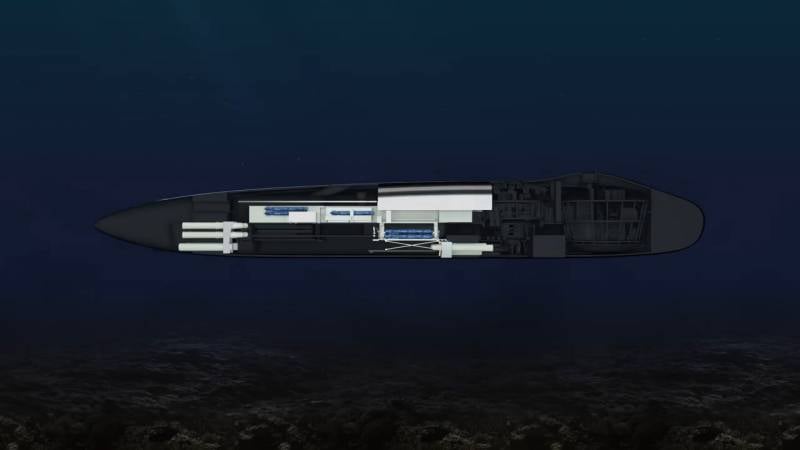 In the new project, the complex of weapons was seriously reworked. From universal vertical launchers for missiles of different types were abandoned in favor of a set of torpedo tubes. Several of these products are placed in the center of the hull and in the stern. They must use both torpedoes and missiles of various types to attack underwater, surface or coastal targets. The total ammunition load is defined as 24 torpedoes and / or missiles.

In the aft part of the hull, where the engine room could be located, there is a compartment for the transportation and maintenance of underwater unmanned vehicles. The exit of the apparatus outside and boarding the boat is carried out through the upper airlock. The range of drones should be determined by the customer, taking into account his needs and the intended task of the submarine. First of all, devices with reconnaissance devices that can improve situational awareness should be used. The dimensions of the compartment allow you to take up to 6 medium or 2 heavy devices. 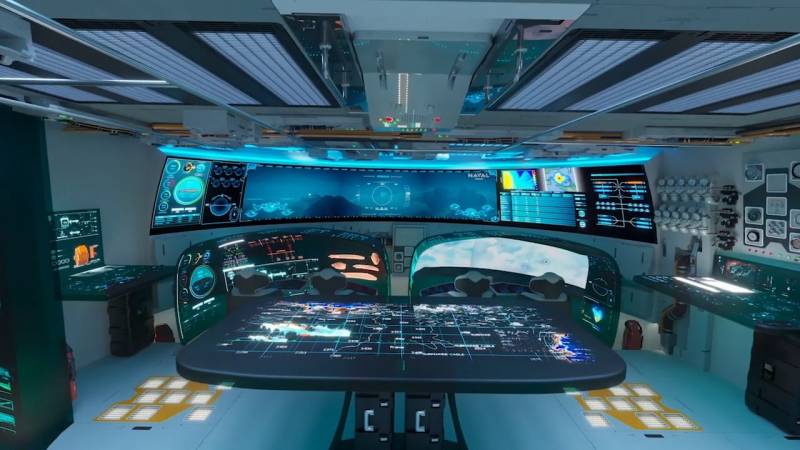 The SMX31E can be equipped with an airlock to support combat swimmers. In the presented diagrams, this device is placed in the lower part of the hull, under the crew compartments.

In the updated design, the “smart” coating of the hull was abandoned in favor of traditional detection means. The hydroacoustic complex antennas are placed under the nose cone and on the sides. Retractable devices of a traditional composition are also provided, however, they are not located in a protruding fence, but inside the body.

The bow compartments house the central post and two data centers of the combat information and control system. CIUS must process “big data” from all sources to analyze the current situation for issuing information to the crew and weapons commands. The central station and crew stations are built entirely on the basis of electronics, which gives them a futuristic appearance. It is planned to add network functions to interact with other combat units, incl. to control their unmanned vehicles. 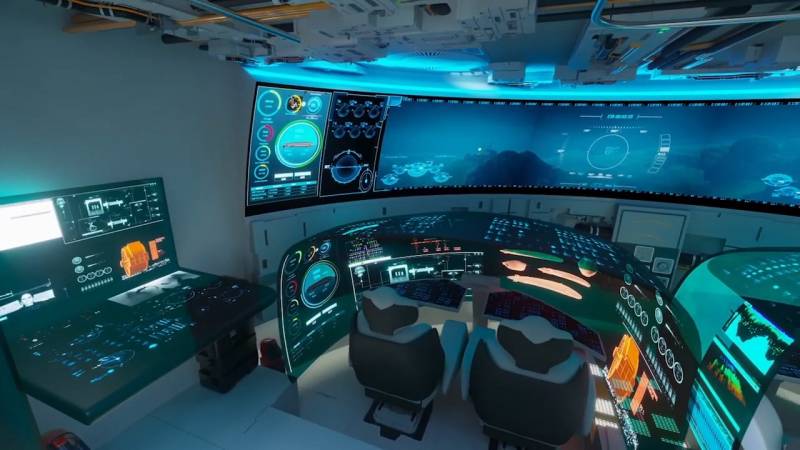 In terms of its combat capabilities and characteristics, the SMX31E submarine will surpass the existing samples. The Naval Group reports that the forces of one such ship can control the area 10 times more than using one modern diesel-electric submarine of the Scorpène type.

From concept to reality

At the moment, the SMX31 and SMX31E submarines exist only in the form of concepts that combine the most daring and original proposals. Two concept projects show the ways of the possible development of the fleet using modern and promising technologies – and while abandoning the traditional solutions that underlie the current submarines.

Development of the technical design and construction of SMX31E boats is not yet planned. At the same time, the Naval Group company is ready to do this if there is a real order. According to the development company, the design of the necessary components and the submarine as a whole will take about 10 years. The same amount will be spent on the construction of the lead ship and its subsequent tests before being accepted into service.

Thus, a hypothetical French-designed electric submarine may not enter service until 2040 or later. Obviously, by this time, the European fleets considered as customers of the SMX31 (E) will need to update their submarine forces – and French shipbuilders will be able to offer them a fundamentally new submarine. 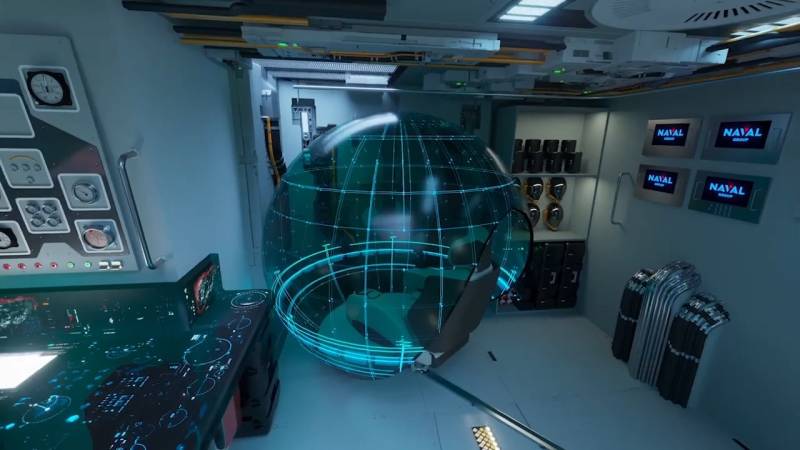 The future of the fleet

The search for solutions for further improvement of submarines does not stop, and the French company Naval Group takes an active part in these processes. Over the past few years, she has proposed a number of concepts using certain promising technologies, although none of them has yet reached full development and implementation.

The next concept SMX31E offers an interesting combination of modern and advanced technologies, which in theory can provide an increase in basic combat and operational characteristics. However, some of these solutions need further development and refinement, without which they cannot be implemented in a real project. Such processes will take a lot of time, and the developer does not hide it.

The prospects of the SMX31E project and other similar developments depend not only on the level of technology development and the ability of shipbuilders to use them. Customer interest becomes a key factor. If the navy of France or another country shows interest, the promising project will be continued and will come to construction and operation. Otherwise, materials on the concept will go to the archive, and shipbuilders will look for new options for using promising technologies.