Finnish fighters during joint exercises with the USMC

Finland pays great attention to national security issues. Despite the limited size and capabilities of the armed forces, significant measures are being taken to ensure defense and maintain peace. For this, an original and interesting policy is being pursued, which envisages defending one’s interests by different methods, both independently and within the framework of international cooperation.

Due to limited resources, Finland does not rely solely on the Defense Forces in the event of war. Safety assurance is based on the concept of the so-called. total defense. This means that all ministries and departments have plans for emergencies or armed conflicts. Each organization receives certain powers for peacetime and for war. Emergency measures are enacted by a special law – if necessary, it is introduced by the president and approved by parliament.

The key provisions of the defense doctrine are the principled refusal to participate in any military or political alliances, the organization of exclusively own defense, as well as the provision of a flexible response to a wide range of threats. The main threats to security are various pressures from third countries, including blackmail by military force, open attack and regional conflicts potentially affecting Finland. 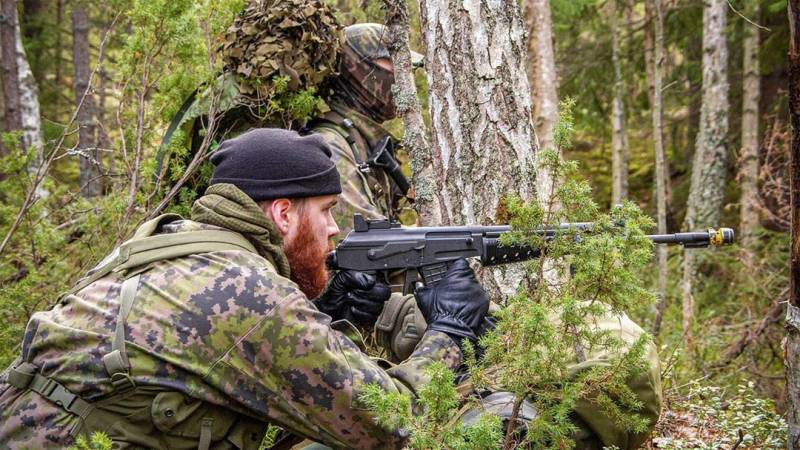 In peacetime, the Defense Forces recruit and train recruits, and conduct defense construction. In the event of a conflict, they must gather reservists and deploy territorial defense. The main task of the army is to keep the enemy close to the borders and protect key areas of the country. For this, it is proposed to use tactics and strategies optimized for the characteristic geographic and natural conditions.

The Defense Forces include ground forces, air and naval forces, various special forces and also border guards. In the course of a conflict, they must act together to counter the adversary in their environments. Civilian structures and departments must ensure the work of the army by all available means.

Refusal to participate in military alliances does not exclude cooperation with other countries. Moreover, in some areas, such cooperation is acquiring quite remarkable proportions. Such interaction takes place in the field of peacekeeping operations and in joint security programs. 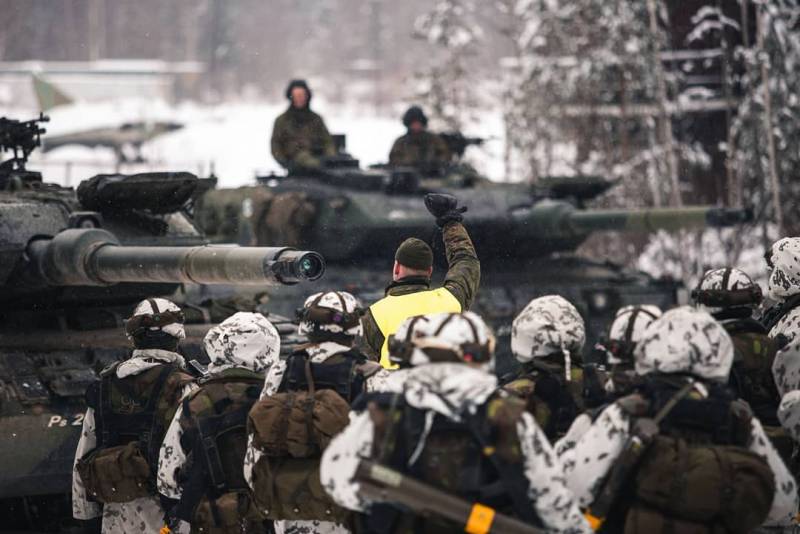 The Defense Forces have regularly participated in international peacekeeping operations since 1956. Together with the armies of European and American states, they have worked in almost all local conflicts of recent decades. In the largest operations, for example in Afghanistan or Iraq, dozens of Finnish troops took part. In other cases, Finland could send no more than 6-10 observers to the scene.

The defense forces, represented by different types of troops or individual formations, regularly participate in international exercises. For obvious reasons, most often in such events, joint work with the armies of NATO countries is practiced. The maneuvers take place at Finnish and foreign land and sea ranges.

Finland has a very interesting relationship with the North Atlantic Alliance. The country’s top military and political leadership has for decades adhered to a policy of neutrality and denies the possibility of joining NATO. At the same time, some political forces, incl. former leaders of the state are expressing their opinion on the need to join the Alliance. 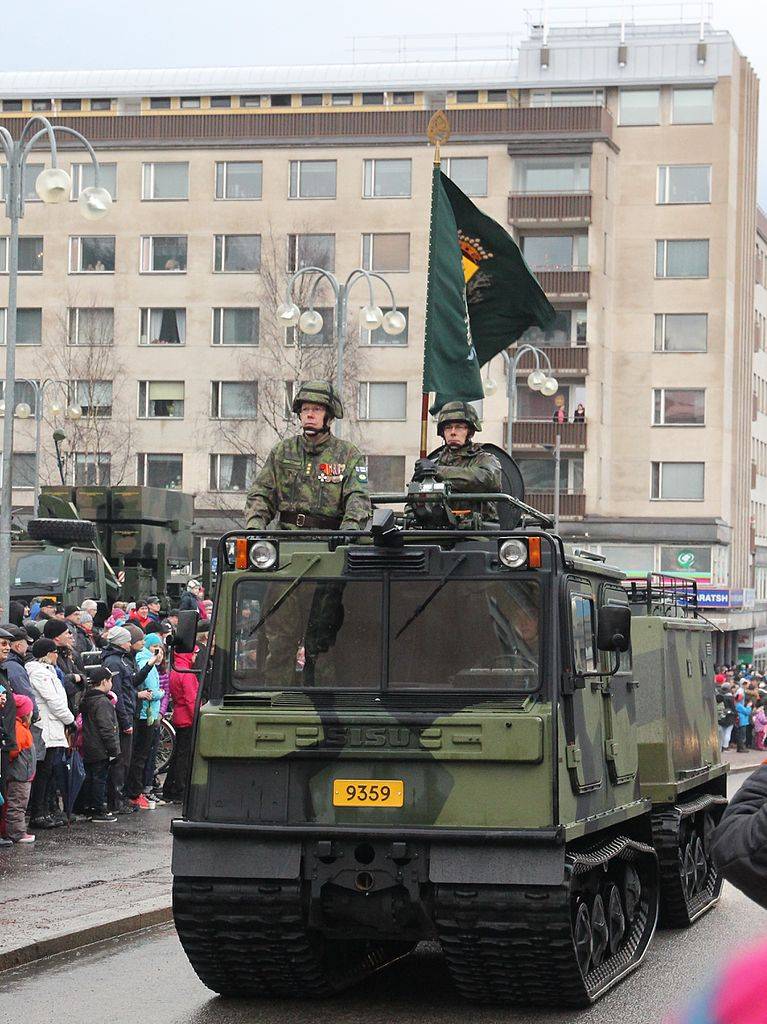 Soldiers of the Pori brigade at the parade

In favor of joining NATO, arguments are made about simplifying interaction with other countries and increasing the overall level of security. These pluses are contrasted with the principled position of military-political independence. In addition, joining the Alliance may embroil Helsinki with Moscow, and the Finnish leadership is in no hurry to spoil relations with its closest neighbor.

Of particular interest in this context is the participation of the Defense Forces in the so-called. The United Expeditionary Force (UK Joint Expeditionary Force or JEF), formed at the initiative of NATO since 2014. In the event of a crisis or the beginning of an open conflict, nine JEF countries, led by Great Britain, can create a single army grouping and solve the tasks of restoring peace. 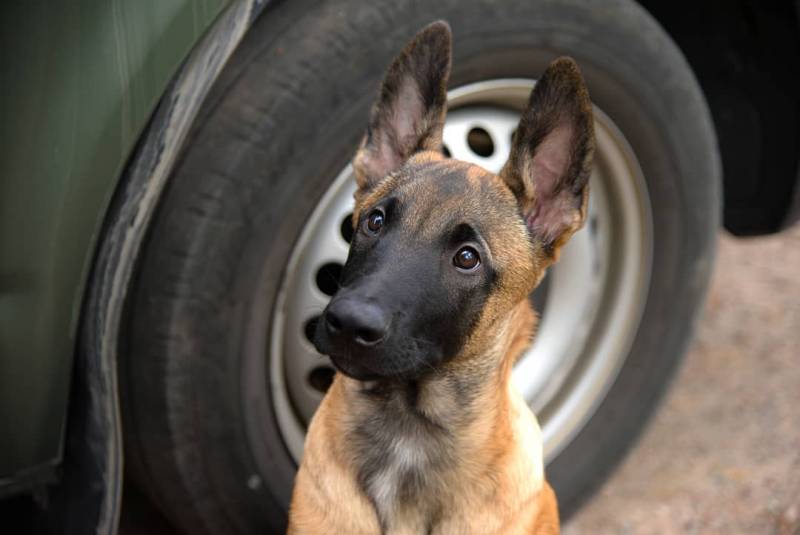 Ragnar is a four-legged soldier of the Kainuu Brigade

JEF started working only a few years ago, and so far they are limited only to organizational issues and conducting joint exercises. Finnish units, together with the formations of other countries, practice the conduct of battles on land and at sea. There have also been exercises with other NATO countries outside the JEF.

It is noteworthy that two fundamentally neutral states – Finland and Sweden – joined the Joint Expeditionary Forces at once. For many decades, they have been trying to invite them to NATO; the need to join the organization is upheld by some internal political forces. However, the authorities of the two countries refuse to join NATO – although they have joined the “non-NATO” JEFs.

In the context of the future of Finnish defense doctrine, the issues of notorious Russian aggression and potential NATO membership are emerging. At the same time, both questions do not have simple and understandable answers, while Helsinki takes a detached, neutral position and is trying to seek its own benefits. 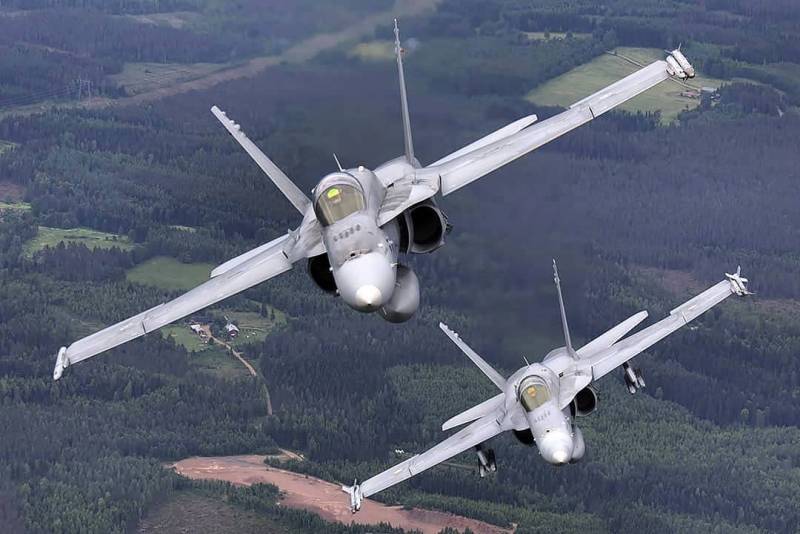 F / A-18 fighters of the Finnish Air Force

Due to its geographic location, Finland is of great interest to NATO. Full access to its territory and bases will give the alliance significant advantages within the framework of current strategies to combat Russia. As long as Finland remains an ally, but not a member of the organization, such benefits will not be obtained. As a result, external and internal attempts to draw Finland into NATO have been going on for several years – so far unsuccessful.

Formal neutrality and cooperation with the military bloc lead to certain risks. As a non-NATO member, Finland cannot count on guaranteed assistance in the event of a conflict with a third party. “Friendly” countries will decide for themselves whether they will defend Finland. These circumstances are simultaneously used as an argument in favor of joining the Alliance and as an argument against it, in view of the specific position of the “allies”.

Participation in the JEF can be seen as an attempt to get rid of these problems. The Joint Expeditionary Force is only a temporary alliance working out of necessity. There are no NATO-type political or military commitments. Accordingly, participation in the JEF allows Finland to count on the help of friendly states – at least in deterring potential adversaries. 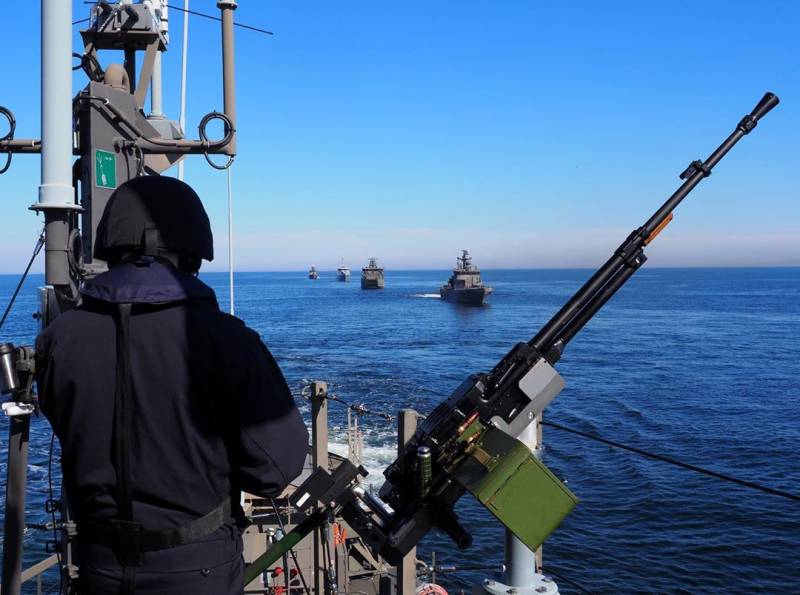 Against the background of the situation around Finland and NATO, the position of the main “aggressor” of the region – Russia – looks interesting. Moscow has repeatedly spoken about its respect for Finland’s position, regardless of its participation in military blocs. However, it was noted that the entry of a neighboring country into NATO would force Russia to take the necessary measures to ensure its own security.

As you can see, Finland has its own defense doctrine, aimed exclusively at ensuring national security, but not excluding military and political cooperation. The geographic location leads to special risks associated with both a possible attack and the special policy of the allies. At the same time, limited capabilities and military forces do not allow even claiming regional leadership.

Finland strives to maintain equal relations with all countries in its region and therefore is in no hurry to respond to NATO invitations, although it has joined the new JEF treaty. With all this, the construction of defense is carried out independently, but with the use of foreign developments and products.

It should be expected that in the foreseeable future Finland will not change its position and will remain a neutral country that does not participate in full-fledged alliances or blocs. However, she will have to deal with active attempts to draw into such an alliance. However, Helsinki has long been accustomed to such actions of “friendly” countries and is focusing on its own security, and not on the interests of other states and unions.