The Russian arms company KB Integrated Systems (KBIS) continues work on the topic of ultra-long-range high-precision rifles. The products of this company have already shown the ability to fire at 4.2 km during the day and 1.9 km at night. Now a promising rifle complex is being created, the maximum range of which will reach the level of 6-7 km.

By early next year

The existence of the new project was announced by the founder and head of KBIS / Lobaev Arms Vladislav Lobaev in an interview for RIA Novosti, published on June 5. Talking about new developments and their advantages over existing samples, he mentioned a project tentatively named DXL-5. It is a continuation of the already well-known family, which includes the DXL-3 “Retribution” and DXL-4 “Sevastopol” rifles.

As part of the DXL-5 project, an independent development of a rifle complex in the form of a rifle and a new cartridge is underway. Its maximum firing range will reach 6-7 km. Confident firing range – 3 km. Rifle complexes with such characteristics are not yet available on the world market.

The technical features of the promising rifle were not disclosed; the same applied to the new cartridge. At the same time, V. Lobaev noted that the ammunition for the DXL-5 will have an increased size and show an increased muzzle velocity. In these parameters, it will surpass all the ammunition used by the Lobaev Arms rifles. 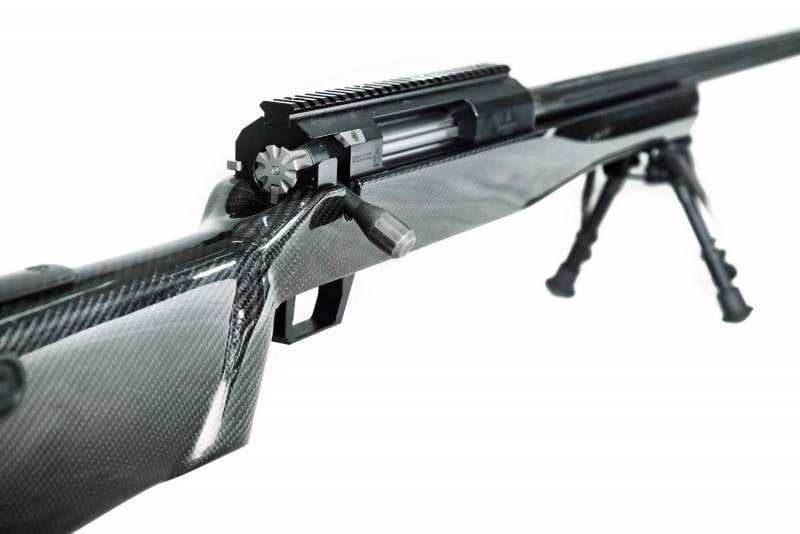 Possible dates for the appearance of the finished complex have been named. It could appear in just a few months, no later than autumn – however, the pandemic and the problems associated with it force us to reconsider plans. The “premiere” of the new weapon has been pushed back to early 2021.

On June 7, a new interview with V. Lobaev for the WarGonzo project was published. This time, the issues of the tactical and technical characteristics of the cartridge, as well as the entire complex, were raised. So, now we are considering several options for a cartridge with a different caliber and other characteristics. By the end of the year, factory tests will be completed, according to the results of which the final appearance of the complex will be determined.

The main feature of the new cartridge will be improved energy performance. V. Lobaev recalled that the existing rifles chambered for .408 CheyTac are capable of penetrating body armor of class 6 protection from a distance of 300 m – some bullet variants retain this penetration at twice the distance. A promising cartridge from KBIS in terms of armor penetration will be about one and a half times better.

In terms of bullet speed and penetration characteristics, the new ammunition will surpass serial large-caliber products 12.7×99 mm and 12.7×108 mm. Whether it can compete with the more powerful 14.5×114 mm will have to be established during tests. 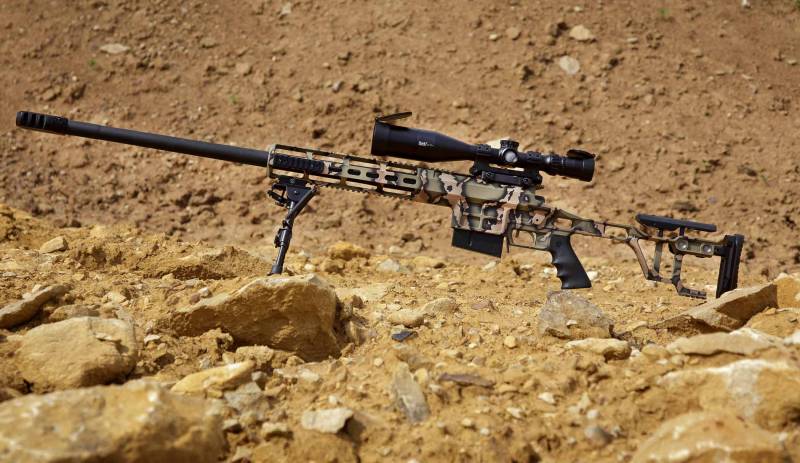 Product DXL-3 “Retribution”, another representative of the high-precision family from KBIS

Selection of sighting devices is a serious task. When firing at 4.2 km, a March sight was used with a magnification of 80x – such a product made it possible to fire effectively at a 1×1 m shield.When the range was increased to 6-7 km, a sight was needed up to 100 x. The features of night optics for such tasks are not specified.

The technical appearance of the promising complex was not disclosed, but some assumptions can be made. Apparently, the new project will continue to develop ideas that have already been tested in the creation of previous rifles. These decisions have passed the necessary tests and even led to the receipt of record figures.

The latest record for a range of 4.2 km was set with the SVLK-14S “Dusk” rifle. It is a single-shot high-precision weapon with manual reloading, produced for three types of cartridges. Due to the use of certain materials, technologies and design solutions, high accuracy and accuracy of the battle is ensured. The effective range is determined at 2.5 km – or more, with the correct organization of firing.

It can be assumed that from the point of view of the general architecture, the promising DXL-5 will not differ from the “Twilight” or other long-range products of Lobaev Arms. The use of a traditional layout with a developed tubular receiver, a suspended rifled barrel of a large relative length (caliber unknown) and a sliding bolt should be expected. A muzzle brake is required to compensate for the power of the cartridge. 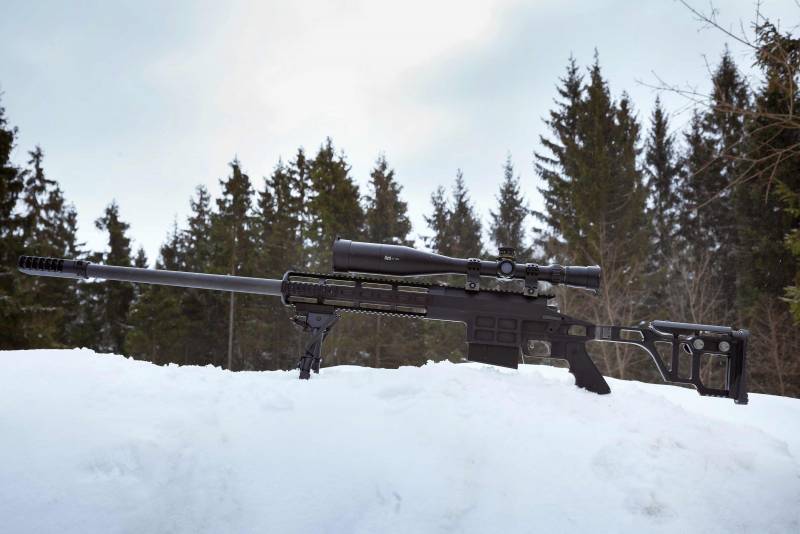 SVLK-14S receives an aluminum receiver with a steel barrel and bolt. In addition, due to the increased power of the cartridges used, a reinforced stock is used. It is likely that the DXL-5 design uses the same approaches to ensuring structural strength.

The DXL-5 complex, having higher energy parameters, must have increased strength, which can be obtained at the cost of weight growth. “Twilight” without sight and other equipment weighs almost 10 kg, and the new rifle should be even heavier.

Little is known about the ammunition for the DXL-5, but the published data are also of interest. The approximate ranges of individual characteristics have been named, which already allows us to assess the capabilities of the entire complex. 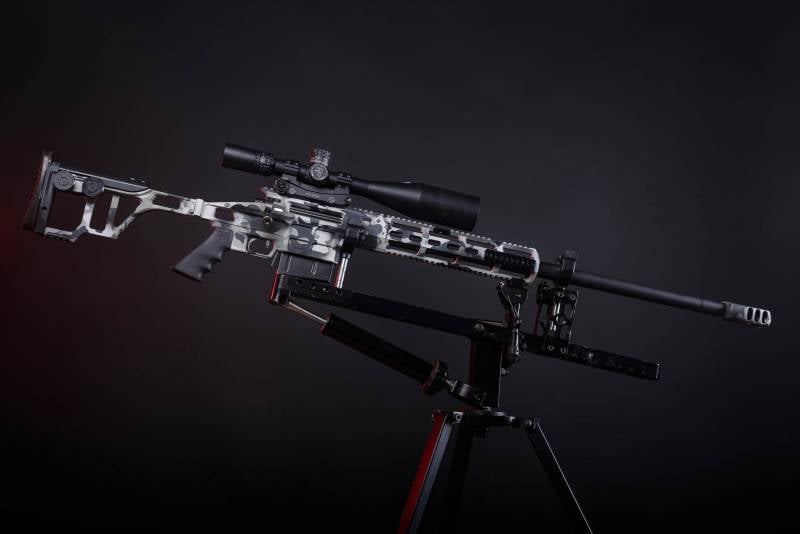 All this allows us to present the approximate characteristics of the new cartridge from KBIS. It must provide an initial speed of more than 1100 m / s and an energy of at least 15-17 kJ. The caliber remains unknown. Possibly, a pointed bullet with a diameter of 10-12 mm will be used.

As before, the development company will conduct a full cycle of weapons testing, incl. with the definition of its maximum characteristics. In the latter case, shooting will take place at the indicated 6-7 km. Obviously, the organization and execution of such firing will be a particularly difficult task, which is confirmed by the experience of previous records.

First of all, for a new record, a polygon of the appropriate size is required. You will also need optical means capable of ensuring observation, guidance and recording of the results of firing at specified ranges – a sight, telescopes, etc.

Especially difficult is the calculation of data for shooting. Thus, when firing from the “Twilight” at 4.2 km, the bullet flew along a ballistic trajectory several hundred meters high; it took 13 seconds to reach her target. During this time, she was exposed to various internal and external factors. With an increase in the firing range, despite the increase in speed and energy, the situation will not fundamentally change – zeroing in and valid shots will again become a particularly difficult task.

However, the KBIS company has experience in such conditions. One should hardly doubt the possibility of setting a new record. The only questionable is the duration of preparation and the number of shots required to obtain sustainable record results.

During the tests, the new DXL-5 rifle will be tested at different ranges, up to the limit. This will lead to a new record, and will also become an excellent advertisement for a promising shooting complex. However, the possibility of hitting targets at such distances will not be its only advantage.

At the range, it is quite possible to organize and execute a successful shot for 6 km or more. However, in a real battle, a situation with such range requirements is unlikely, and in addition, there is rarely an opportunity for a full-fledged organization of such a complex shot. However, this does not reduce the potential of a promising rifle.

For the DXL-5, confident shooting is declared at ranges of approx. 3 km. According to this parameter, the rifle will surpass other modern samples of domestic and foreign development. A promising cartridge with improved energy will show an increase in effective range and higher penetration characteristics. Accordingly, the DXL-5 complex will be able to deal with protected targets – at greater distances than other samples.

Thus, the main value of the developed weapon is not in simple kilometers of range or joules of muzzle energy. A rifle complex with a large supply of basic characteristics is being created, covering all real or expected requirements of the battlefield. The advantages of such a weapon are obvious.

Now the KBIS company has to complete the development work, select all the components of the complex, bring it to testing – and then make record shots. Due to well-known events, the DXL-5 work schedule has moved several months, but the project has not been stopped. The real results will be by early next year – there is little to wait.