Something like this will look like the launch of a military transport rocket, built on the basis of Falcon 9. Source: rbk.ru

The idea of ​​delivering multi-ton cargo using a rocket is certainly beautiful and promising. Until recently, it was impossible due to the lack of technologies for careful landing of cargo at the finish point. The scale of Elon Musk’s personality, multiplied by his multibillion-dollar fortune, made this trick quite viable. Now, few people will be surprised by the video of the steps of the Falcon series rockets smoothly returning to the ground. In early October, US Transportation Command, inspired by Space X’s achievements, proposed testing a prototype of such a rocket system in 2021 for the logistics needs of the army. The launch vehicle, developed on the basis of Falcon, will have to provide the Pentagon with unprecedented mobility. According to calculations, the military will be able to send several tons of cargo anywhere in the world in less than an hour. At the same time, the rocket will go out in flight into near space, which will not require permits to use the airspace of countries located on the trajectory. 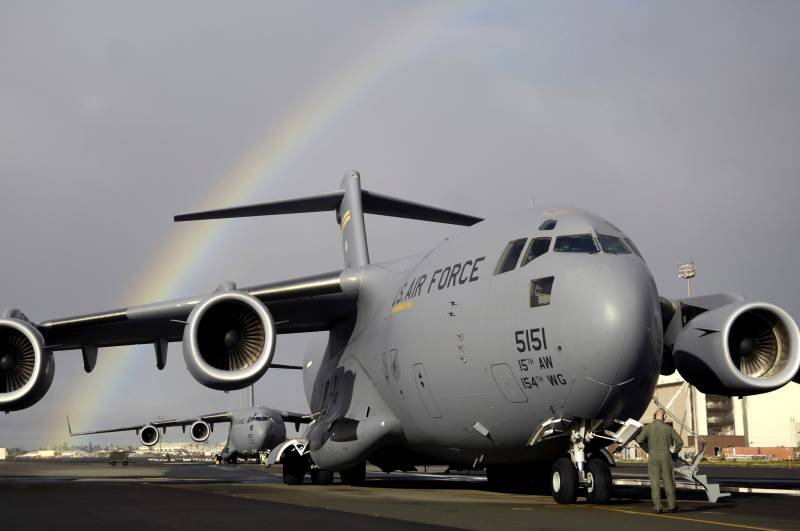 The heavyweight C-17 Globemaster, for example, will not climb to such a height and will spend at least 12 hours for a flight from California to Okinawa. This time, under certain circumstances, can be critical for the military grouping on the Japanese island. A slow-moving transport plane can be easily shot down, and it also requires refueling on long routes. With a rocket in this sense, it is much easier: a speed of several Machs practically guarantees it invulnerability for most of the trajectory. Pentagon theorists fantasize about a rocket capable of delivering more than 100 tons of payload (the mentioned C-17 takes on board up to 85 tons). Now there is no such monster in Space X’s arsenal, but Musk’s team is actively working on the “Martian” Starship launch vehicle or Big Falcon Rocket. In this case, the Pentagon will receive a direct competitor to its flagship military transport aircraft C-5 Galaxy. There are also ideas about the place of launching transport missiles. Traditionally, this can be organized from spaceports in the continental United States, or from flying orbital depots in low Earth orbit. It is assumed that such a station with tons of essential goods will gradually “float” several tens (hundreds) of kilometers to the Earth, waiting for the command to launch the launch vehicle. In case of successful implementation of everything conceived, such an operational method of delivering military cargo may be in demand in the course of a large-scale war. For example, a large group of US troops surrounded on all sides is undergoing a long siege, and supply by traditional means is impossible. In this situation, several tens of tons of weapons, medicines and other supplies may well be delivered by Space X missiles. Common sense cannot find any other option for such a wasteful spending of the military budget.

Delivering cargo using rocket engines is beneficial only if nothing else is at hand. They are perfect for overcoming gravity in airless space, as well as for the rapid destruction of expensive enemy targets. For all other options, cargo missiles are too expensive and difficult to operate. According to American estimates, the cost of launching a Falcon 9 from California to Okinawa could reach $ 30 million. At the same time, the C-17 Globemaster truck will do it for only 312 thousand dollars – almost two orders of magnitude cheaper! At the same time, the plane will transfer about 85 tons (albeit in half a day), and not 25 tons in the case of Elon Musk’s rocket. And if we compare the unit cost of transporting cargo with a hundred-ton C-5 Galaxy, then there will be almost no arguments in favor of a transport rocket. 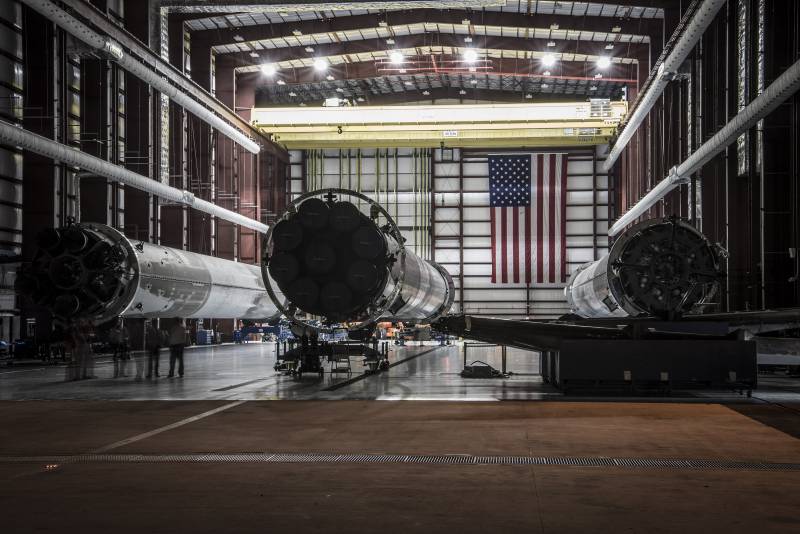 At first glance, there is nothing difficult in the technology of rocket cargo transportation: start it at the start, and catch it at the finish line. But how many days and even weeks does Space X prepare to launch each rocket? Therefore, there is no need to talk about the promptness of the launch. Yes, the rocket will deliver the cargo to the addressee with lightning speed, but before that it will require at least several tens of hours of preparation. How far will the S-17 fly during this time?

Now there are no technologies allowing to quickly fill a rocket with cargo and unload it as quickly as possible. For example, how to extract a tank or other heavy equipment from a vertically landed missile at an airfield? If a military transport aircraft can land even on an improvised unpaved airfield, then a cargo rocket requires a special infrastructure. This means that the Pentagon will not be able to send parcels anywhere in the world. The next obstacle is the very landing of the rocket at the required point. Now the Falcon steps are landing virtually empty, and the military needs to deliver several tons of cargo. All this will require additional fuel reserves, design revisions, and, consequently, additional costs. In addition, the relatively low cost of space flights of Musk rockets is due to the reuse of landed stages. And in the case of a military transport missile, it will be a one-way flight. The project is getting more expensive again!

Questions also arise about the vulnerability of such large Starship missiles at the end of the trajectory. If the goods are delivered to the hot spots of the world (otherwise such efficiency is not needed), then the close location of the front line is implied. The giant rocket, actively maneuvering when landing at low speeds, will be an excellent target both for the enemy’s air defense and for his aviation.

The use of military transport missiles solely for the purpose of transporting goods can become a big problem for the anti-missile defense of other countries. Of course, potential opponents will have to be informed about each launch in order for them to react to it correctly. Purely theoretically, this is not difficult, but again it takes time, which negates the entire efficiency of transport missiles. The time from the decision to launch to the launch itself can rise to critical values.

Consider a hypothetical situation of a sluggish conflict between Russia and NATO countries without the use of weapons of mass destruction. How will the Russian leadership view the launch of a transport rocket from a California cosmodrome, the trajectory of which will lead to the confrontation line? Will this be the signal for a nuclear retaliatory strike?

As a result, many questions arise about the method of using such equipment, which seriously limit combat use. 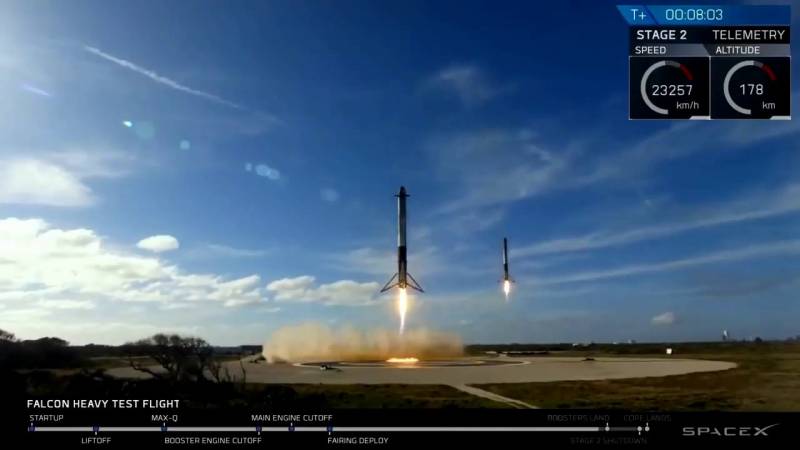 Space X technologies allow a lot. For example, to synchronously plant the rocket stages on the ground. However, the mass of the transported cargo in this case tends to zero. Source: i.ytimg.com

With its perseverance, the Pentagon, of course, will receive a new method of delivering military supplies that has no analogues in the world. However, against the background of the forthcoming reduction in the military budget, which ordinary Americans dream about and which the economic situation requires, it is hard to believe in this. Demonstrators of rocket cargo transportation technologies should appear in 2021-2022, but the prospects for serial implementation are still in fog. Too much will have to change in the infrastructure and logistics of military communications for the full implementation of such a technology. The US military is somewhat more optimistic about the above-mentioned idea of ​​placing cargo initially in orbit. At hour X, an empty rocket is sent to such a space warehouse, which returns to the target already with a payload. Here, there are savings in launching an empty launch vehicle, but initially huge costs arise for the construction of an orbital military depot. The military has to choose between an expensive and a very expensive solution.