In the 1950s, the French Air Force and aviation industry were looking for new ways to increase the combat capability and combat resilience of tactical aviation. The most interesting and promising direction of development was considered the creation of aircraft with a short or vertical take-off and landing. The experimental aircraft Dassault Balzac V became the first example of this kind.

In the event of the outbreak of a full-scale armed conflict, airfields became a priority target for the strikes of a potential enemy, and their defeat led to the withdrawal of most of the Air Force from the war. Accordingly, it was required to work out the issues of dispersing tactical aviation on reserve sites – and to ensure full-fledged work on them.

Towards the end of the fifties, the idea of ​​a vertical take-off fighter appeared and received support. Such an aircraft could solve all the main tasks, but did not need a long runway. The concept of a vertical take-off and landing (VTOL) aircraft was developed by Dassault with the participation of several other organizations.

In “Dassault” considered two main schemes of a promising aircraft. One was based on the ideas of British aircraft manufacturers and proposed the use of a single lift-sustainer turbojet engine with special nozzles giving vertical and horizontal thrust. The second scheme provided for a separate sustainer turbojet engine for horizontal flight, and takeoff and landing should have been provided with a set of small lifting engines. 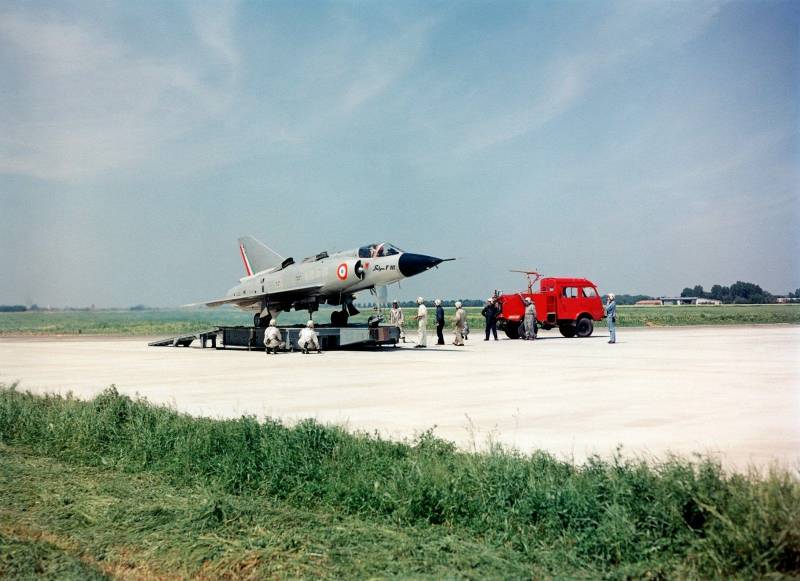 Research and laboratory tests have shown that both variants of the propulsion system, with the same thrust characteristics, will have a similar mass. The single engine scheme promised up to 30% fuel savings. At the same time, separate turbojet engines made it possible to do without complex and unreliable rotary nozzles, and also simplified the layout of the aircraft. In addition, failure of one or more lift motors did not result in immediate crash.

For further implementation, a scheme with separate lifting and sustainer engines was adopted. With the use of such ideas, they decided to modify the existing fighter Dassault Mirage III, the new project received the number “III V” (Verticale). Work on this project started in 1960.

On the Mirage III V it was proposed to use a main engine from SNECMA with a thrust of 9000 kgf and eight Rolls-Royce lifting engines of 2500 kgf each. However, experimental engines of these models were not expected until 1964, and Dassault had to adjust its plans.

In order not to waste time, Dassault decided to develop an experimental VTOL aircraft of a new scheme using available engines. The thrust of the latter did not exceed 1000 kgf, due to which the dimensions and weight of the experimental vehicle had to be limited. To save money, the new VTOL aircraft was planned to be built on the basis of the Mirage III-001 prototype. 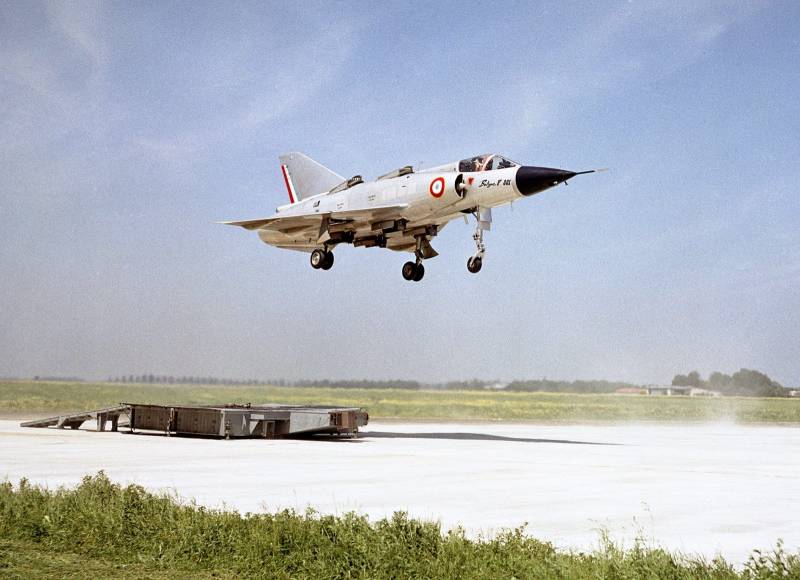 Subsequently, the experimental project received its own name Mirage Balzac V. The letter “V” passed to him from the main project, and the name “Balzac” has a curious origin. The designation of the experimental vehicle “001” reminded someone of the telephone number of a well-known advertising agency in Paris – BALZAC 001.

Several organizations were involved in the work on the Balzac V. The overall coordination of the project was carried out by Dassault. She also developed the wing and a number of general aircraft systems. The Mirage III fuselage was developed by Sud Aviation, and the gas jet control system was created at SNECMA. The two engine types were supplied by Bristol Siddeley and Rolls-Royce.

Practically from the very beginning of the design work, various tests were regularly carried out at the stands. Due to this, it was possible to timely determine all the features of the aircraft, as well as get rid of a number of problems. In the future, this was supposed to simplify the testing of an experienced VTOL aircraft and the further development of the Mirage III V.

According to the project, the Mirage Balzac V was a tailless low-wing aircraft, similar in appearance to other aircraft of its family. To install the lifting motors, the fuselage had to be rearranged and its cross-section increased in the central part. The triangular wing was borrowed from an existing project with minimal changes. It retained the standard mechanization and the caisson tank.

In the tail of the fuselage there was a cruising turbojet engine Bristol Siddeley B.Or. 3 Orpheus with thrust of 2200 kgf. Eight Rolls-Royce RB108-1A engines, 1000 kgf each, were placed in pairs on the sides of the air duct and the main engine. Their air intakes were located on top of the fuselage and covered with movable flaps. Closed nozzle windows were provided on the bottom. The lift motors were installed with a slight outward and backward tilt. 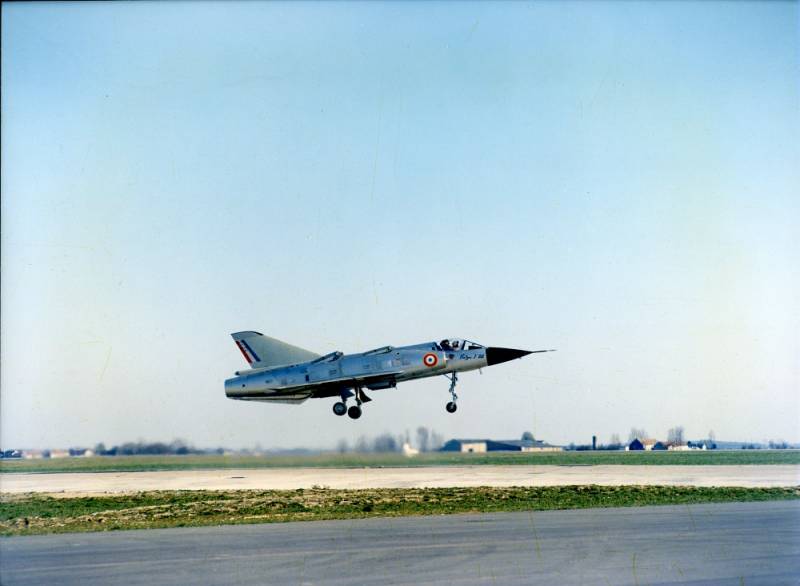 For control in level flight, they retained the standard cable and rigid wiring from the Mirage-3. In hover mode, gas rudders were used in all three channels, using compressed air from the compressors of the lifting engines. The nozzles were placed on the wing and on the fuselage.

The aircraft retained the three-point retractable landing gear, but it was strengthened taking into account the loads during a vertical landing. In the early stages of testing, a non-standard chassis was used without the possibility of retraction.

The length of the Balzac V aircraft was 13.1 m with a wingspan of 7.3 m, the parking height was 4.6 m. The dry weight exceeded 6.1 tons, the maximum take-off weight was 7 tons. The estimated maximum speed reached 2M; during the tests, it was possible to get only 1100 km / h. The capacity of the fuel tanks was 1500 liters; with vertical takeoff and landing, this was enough for a flight lasting only 15 minutes.

To perform takeoff, the pilot had to start the main engine, after which the lifting was started with the help of compressed air. By increasing the thrust of the lifting unit, the aircraft had to rise to a height of at least 30 m, and then horizontal acceleration was allowed. At a speed of 300 km / h, it was possible to retract the chassis and turn off the lifting motors. 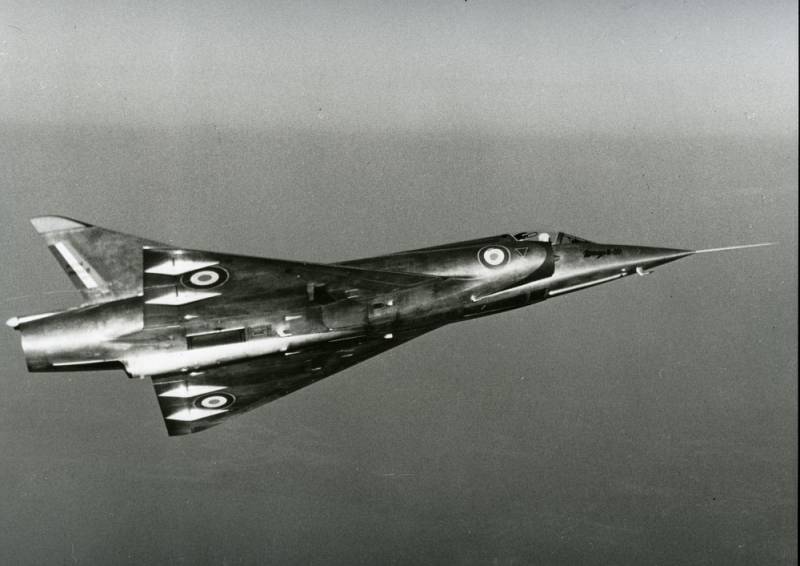 Vertical landing was carried out in the reverse order. When flying at a speed of 300-320 km / h, the covers of the lifting motors had to be opened, which led to their autorotation and made it possible to start. Then it was possible to start dropping the horizontal speed and hovering with subsequent landing.

The Mirage Balzac V project was ready at the end of 1961, and in January 1962, the assembly of an experienced VTOL aircraft started at the Dassault plant. The vehicle was ready in May, and the first ground tests were carried out in July. Preparations for flight tests were completed ahead of schedule, aided by a large amount of preliminary research and testing.

On October 12, 1962, the first take-off took place at the Milan-Villaros airfield. Test pilot Rene Bigand raised the car on a leash for several meters and checked the operation of the main systems, after which he landed. Already on October 18, the second hover flight took place, this time without belay. Then they flew several more flights and showed the plane to the press. After that, in mid-November, the car was sent for revision – it was planned to install a standard chassis, a brake parachute and other units.

Flights continued only in March 1963. This time horizontal take-offs and landings were carried out. On March 18, for the first time, a vertical take-off was performed, followed by a transition to horizontal flight and landing “like an airplane.” The tests continued successfully and provided a variety of data collection. In addition, in the same year, “Balzac-V” was shown at the air show in Le Bourget. 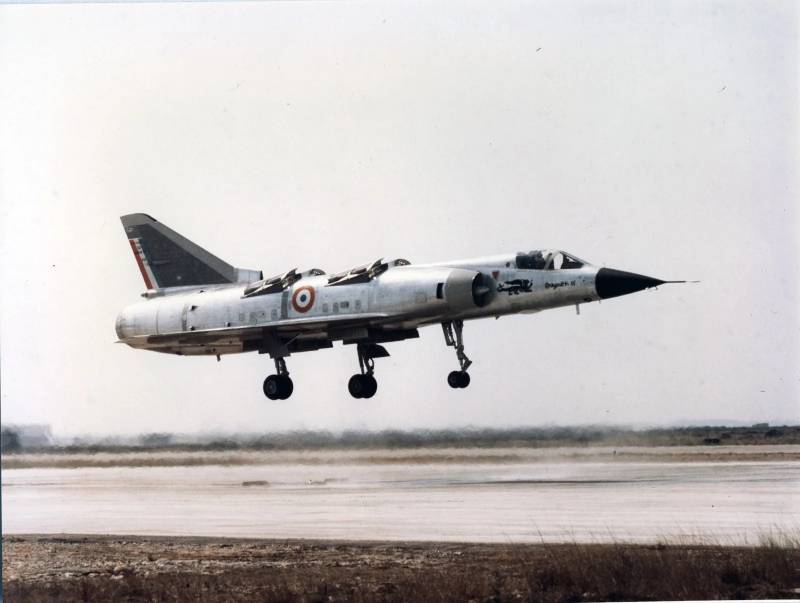 On January 10, 1964, pilot Jacques Pignet carried out another flight, the purpose of which was to check the gas rudders. When hovering at an altitude of 100 m, the VTOL aircraft lost stability and traction, after which it began to decrease uncontrollably. At low altitude, the car overturned and fell. The pilot died.

They decided to restore the damaged plane, which took about a year. On February 2, 1965, flight tests continued. Over the next months, 65 more flights were carried out with vertical and horizontal take-off and landing, in transient modes, etc. In general, it was possible to carry out a full-scale study of the design and its capabilities, as well as to master the processes of training pilots.

On October 8, 1965, another test flight took place, with US Air Force pilot Philip Neal in the cockpit. While hovering at a height of approx. 50 m, the plane suddenly lost control and began to fall. The pilot managed to eject, but the parachute did not have enough height to deploy. The pilot died, and the plane was seriously damaged in the fall, and it was decided not to restore it.

Despite two accidents, the death of pilots and the loss of a prototype, the Mirage Balzac V project was recognized as successful. With the help of prototypes and one experimental machine, it was possible to carry out all the necessary research in different samples and to work out the proposed concept of an aircraft with separate lifting and sustainer engines.

Using the Balzac V developments, the final version of the Mirage III V project was formed. The construction of the first aircraft of this type was completed in early 1965, and the first flight took place on February 12. “Mirage” with vertical takeoff and landing failed to enter service, but two promising projects have left a noticeable mark in the history of the French aircraft industry.