The first VT-4 tanks of the Thai army. Photo Bmpd.livejournal.com

China creates armored vehicles not only for its own needs, but also for sale to third countries. One of the specialized export models is the VT-4 main battle tank from the NORINCO corporation. This machine has already gone into series production and is being supplied to foreign customers. In the foreseeable future, the number of tanks produced will reach several hundred.

According to known data, the development of the future VT-4 MBT began at the end of the 2000s. Then the project bore the working designation MBT-3000 – by analogy with the previous MBT-2000. The materials on the project were first presented in 2012, and two years later they began to show the finished tank at exhibitions. In 2015-16. negotiations and tests began, as a result of which the first supply contracts were signed.

VT-4 / MBT-3000 is a version of a deep modernization of the export MBT-2000, made with extensive borrowing of solutions and components from the Type 99A tank, which is in service with the PLA. Due to this, the growth of all basic characteristics and combat qualities is ensured. It was argued that the resulting MBT surpasses both its Chinese predecessor and foreign competitors in terms of its parameters and capabilities. 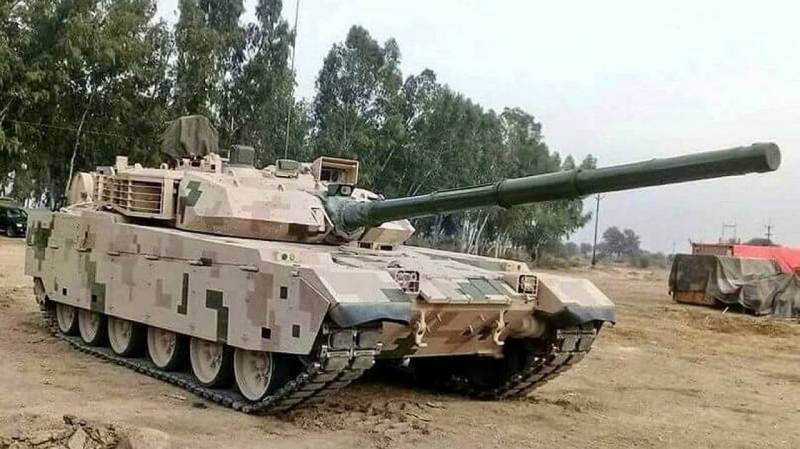 One of the first tanks for Pakistan. Photo Pakdefense.com

The export VT-4 is a traditional armored vehicle. Used a combined frontal armor of the hull and turret; some of the projections can be equipped with overhead screens or dynamic protection. Compatibility with active protection is declared. Mobility is provided by a 1300 hp turbocharged engine. with automatic transmission. As a result, a sufficiently high power density is achieved – approx. 25 h.p. per ton.

The armament complex is built around the standard NORINCO 125-mm smoothbore cannon, a copy of the 2A46 product. The development of a number of new ammunition has been announced. It also uses a modern fire control system borrowed from the latest model MBT. The introduction of network communication and control technologies is envisaged. At the request of the customer, it is possible to modify the electronics complex, incl. using foreign components.

The first buyer of the VT-4 was the Royal Thai Army, and the appearance of this order was the result of problems with the implementation of another. Back in 2011, Thailand ordered the latest MBT “Oplot” from Ukraine, but this contract quickly ran into problems. Over the following years, it was possible to obtain only a small part of the desired equipment, because of which measures were taken.

In 2015, a special committee was formed in the Thai army, whose task was to find a new MBT for purchase instead of the problematic Oplot. In accordance with the existing requirements, the committee considered only two “candidates” – the Russian T-90S / MS tank and the Chinese VT-4. In the spring of 2016, an armored vehicle from NORINCO became the winner of the competition, and an official contract appeared in April.

At that time, it was reported that Thailand was going to one battalion set of tanks – approx. 50 units total cost of almost 9 billion baht (approx. 250 million USD). The first contract was signed in April and stipulated the construction of 28 tanks over the next two years. About a year later, a contract appeared for another 10 vehicles. Signing of new agreements was expected to fully implement the approved plans.

The parties agreed on the transfer of some technologies, although the assembly of tanks at Thai enterprises was not envisaged. Also, in 2016, Thailand expressed a desire to purchase another 150 MBT, if it is satisfied with the timing and quality of the first contract. 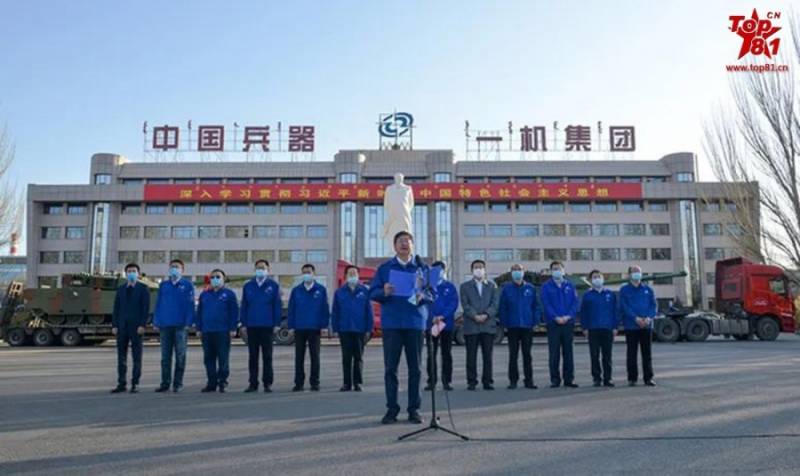 In early October 2017, Thailand received the first batch of VT-4s – 10 new MBTs were transferred to the 3rd Cavalry Division. In the future, deliveries continued. To date, the Thai army operates 38 tanks – all vehicles from the two existing contracts. How soon their number will be brought to the desired fifty and when the option for 150 will be transferred to a firm contract has not yet been specified. However, in the context of VT-4, the Royal Army is very optimistic.

In 2015, Pakistan announced its tender for the purchase of new MBTs. The NORINCO Corporation joined him with their VT-4 project. Taking into account the requirements of the Pakistani army, the tank was finalized. He received a new engine with a rated power of 1300 hp. and maximum 1500 hp. A GL-5 guided missile launched through the cannon barrel was introduced into the ammunition load. Provided for the regular use of dynamic protection. Other components of the tank remained unchanged.

The Ukrainian “Oplot” became a competitor to VT-4. In 2015-16. comparative tests were carried out at Pakistani proving grounds, the winner of which was a Chinese armored vehicle. Soon there was a contract for 176 tanks with a total cost of approx. $ 850 million, as well as an option for 124 units. The delivery of the first VT-4s was expected in the coming years. 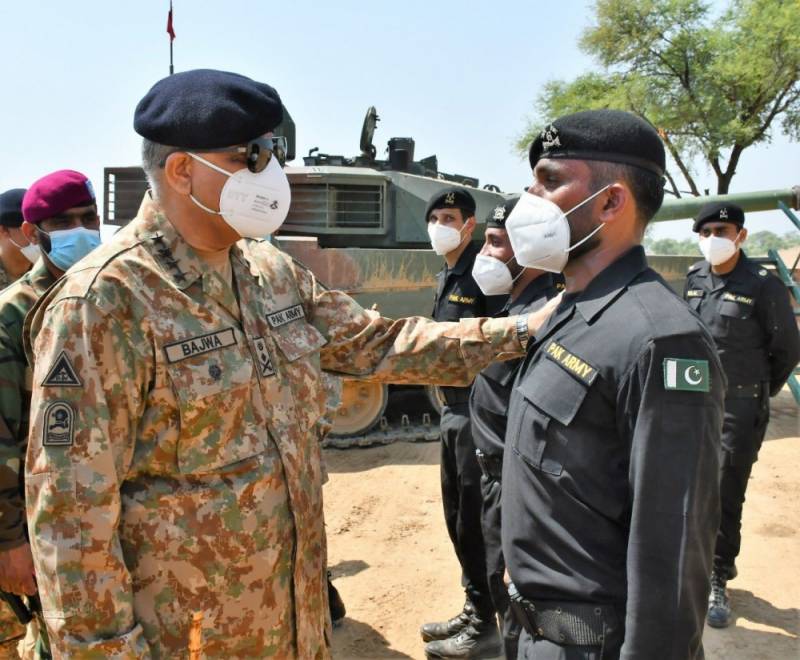 The latest tanks are presented to the command of the armed forces of Pakistan, September 2020 Photo Bmpd.livejournal.com

For unknown reasons, the production of equipment for Pakistan was delayed. The first batch of several tanks was shipped from the NORINCO factory only in April 2020. Soon these vehicles reached Pakistan and were put into service. According to various sources, the construction of the VT-4 for the Pakistani army continues. The actual contract, apart from the existing option, will take several years to complete. It is curious that in parallel with the new VT-4 / MBT-3000 Pakistan plans to purchase older MBT-2000.

Last year, it became known about a fairly large contract for the supply of Chinese armored vehicles of various types to the armed forces of Nigeria. It was reported about the order of tanks of two types and two models of self-propelled artillery installations. The contract provided for the supply of less than two dozen combat vehicles and spare parts for them, as well as training of personnel and technical support. The total cost of goods and services is $ 152 million.

In early April 2020, the ordered samples by sea arrived in Nigeria. NORINCO handed over 17 units to the buyer. equipment, incl. several VT-4 tanks. In the coming months, it was planned to conduct training of personnel and begin the full operation of all the equipment received. Plans for new orders for Chinese armored vehicles in general and MBT in particular have not yet been reported.

The promising export MBT VT-4 was presented in 2014 and has shown significant success over the years. Several foreign countries ordered this technique, and it went into mass production. Dozens of tanks have already been built and new ones are expected to appear in large numbers. VT-4 wins the competition and successfully pushes the competition. 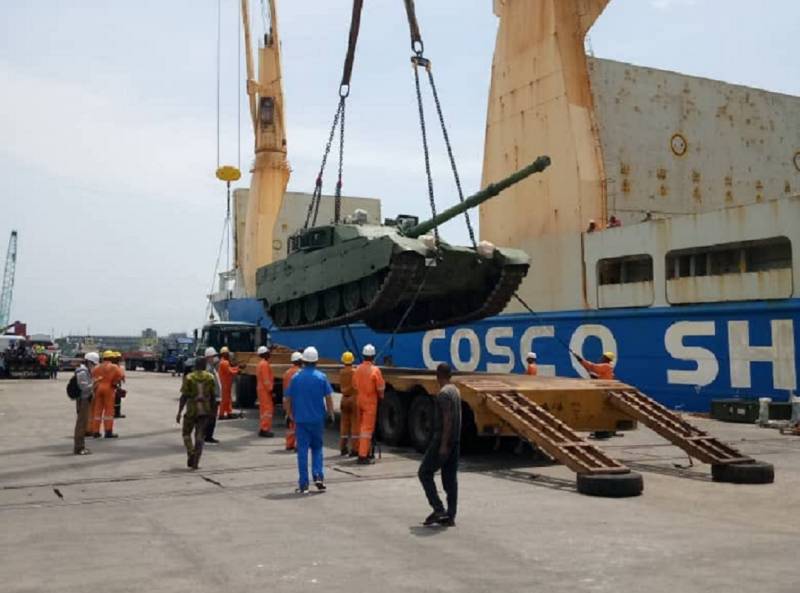 Up to 50-60 tanks of the new model have already been built for Thailand, Pakistan and Nigeria. More than 150 units have been contracted; new contracts for dozens of cars are expected. The two countries have options for a total of 270 tanks. Thus, the VT-4 can be considered one of the most commercially successful tanks of our time. The fulfillment of existing contracts and the receipt of new orders will allow NORINCO to strengthen its position in the market.

However, the VT-4 and its commercial potential should not be overestimated. The current success of this machine is far from being fully related to its technical perfection or advantages over competitors. So, the appearance of the first contract with Thailand became possible due to the failure of the Ukrainian tank builders. The latter could not establish the production of their products, which is why the Royal Army was forced to look for a new tank.

Deliveries to Pakistan and Nigeria are also not necessarily technically driven. These countries have good relations with Beijing – the decision to purchase Chinese equipment may have a political rationale, while technical and economic aspects fade into the background.

However, the results obtained cannot be denied. Taking advantage of other people’s mistakes and its diplomatic achievements, China promotes its own products on the world market and receives rather large orders. It should be remembered that VT-4 is not the only export model of Chinese design, and other products are also in demand.