Models of the ship “Federation”. Left is a carbon fiber product

In 2009, the Energia Rocket and Space Corporation received an order for R&D work on the topic “Advanced Transport Ship of the New Generation”; later this project was named “Federation”. The work has been going on for over a decade, but the spacecraft is still not ready, although the latest news encourages restrained optimism.

In the first years of work on the future “Federation” (the name has been used since 2016) proceeded at a fairly high rate and made it possible to make the most daring predictions. At that time, it was believed that flight tests, and then the operation of the ship, could begin at the end of the tenth years. Nevertheless, by the middle of the decade, postponements and budget changes began, and criticism was also sounded. 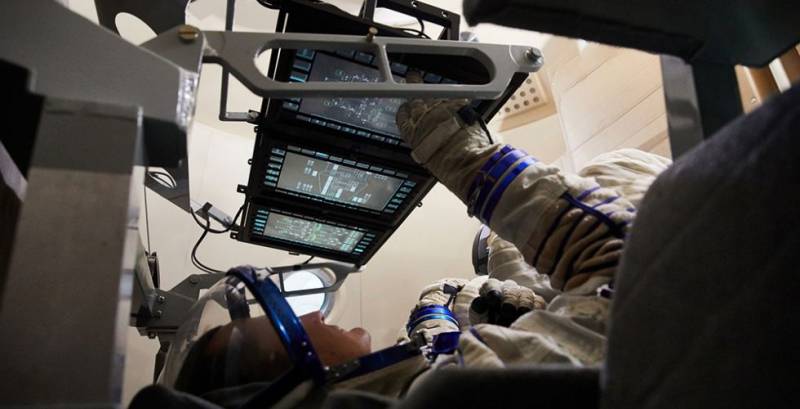 Improving the ergonomics of the controls

Since 2016, there have been regular news about the production and testing of certain components. Preparations began for the construction of an experimental ship for ground and flight tests. Work was carried out on spacesuits and crew chairs, etc.

Significant problems arose along the line of the launch vehicle. In the early stages, the product “Rus-M” was considered in this capacity, but then such a project was closed. Subsequently, several more options for carriers were worked out, until a number of projects of the “Angara” family were selected. The specific rocket will be chosen based on the parameters of the mission.

However, despite certain successes, the overall state of the project did not cause much optimism. There were numerous organizational and technical problems leading to schedule adjustments. This led to a change in the budget. By the mid-tenths, it became clear that flight tests and manned launches would begin no earlier than the early twenties.

The high cost of the project is also a cause for criticism. So, according to current plans, from 2016 to 2025 57.5 billion rubles will be spent on the Federation. In the past, there have been concerns about the impossibility of a successful completion of the project if the existing negative trends persist. 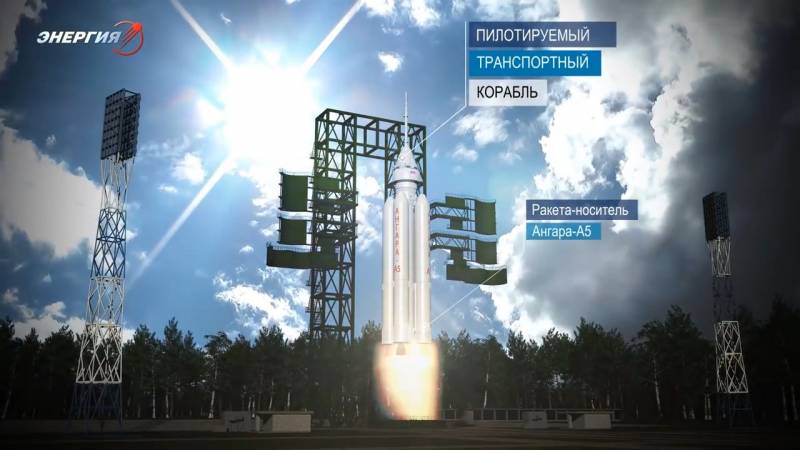 The schedule of work on the topic “Federation” was repeatedly adjusted, and the timing of the completion of certain stages was shifted exclusively to the right. As a result, the current plans for the project are markedly different from those previously named. In particular, the ship did not make a single flight until the early twenties – they simply did not have time to build it by that time.

According to last year’s reports, the construction of the first model of the Federation should be completed in 2020, which will then be used in ground tests. Flight tests without a crew will take place in 2023; the first automatic flight to the ISS – in 2024. A year later, the Federation will fly with the astronauts on board. One of the main goals of the project is to carry out flights to the Moon. This phase is scheduled to begin in 2027 with an unmanned flight. The landing of astronauts is expected in 2031.

Some of the known plans may still be questionable, while others look quite realistic. Recent news gives reason for restrained optimism – RSC Energia has already begun construction of the first ships, and they will be ready in the near future. However, the ROC “Federation” is again faced with technical and other problems that can hit both deadlines and budgets. 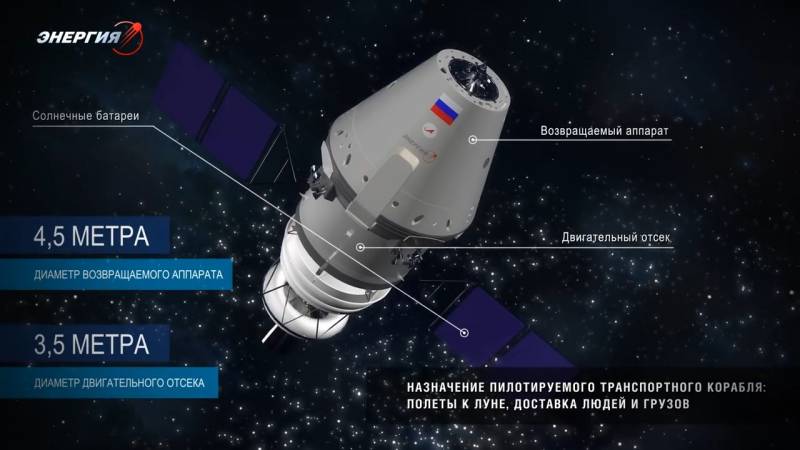 A year ago, in May 2019, it became known about the start of construction of a new ship. The process begins with the manufacture of housings for the aggregate compartment and the return vehicle. The customer of the products is RSC Energia, the contractor is the Samara plant Arkonik-SMZ.

In September 2019, Roskosmos announced that the finished ships of the Federation project will receive a new name – Eagle, in honor of the first Russian frigate. Soon RSC Energia announced the construction of two ships of a new type. The first one is intended for testing and practicing critical phases of flight, it will be launched in 2023. A year later, a second reusable spacecraft will be sent into space. It is he who will later be sent to the ISS and into deep space.

However, negative news reappeared in December. Domestic media learned that the “Eagle” does not meet some of the technical requirements. The ship in the “lunar” configuration weighs 22 343 kg, 2.3 tons more than the specified limit. The overweight is observed on a number of the main systems and components of the ship. In this regard, measures were taken to reduce the mass, however, even after that it is 21.3 tons, i.e. more permissible. 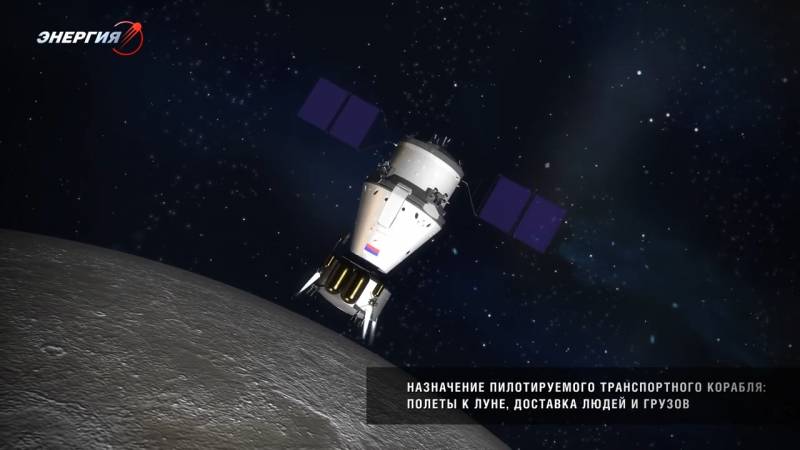 A few days later, the media reported that RSC Energia requested additional financing from Roscosmos in the amount of 18 billion rubles. to complete work on the “Eagles”. These funds were planned to be spent on the revision of all the main systems of the ship, including the critical ones. Soon this information was commented on by the head of Roscosmos Dmitry Rogozin. He specified that additional funds will be spent on the creation of infrastructure at the Vostochny cosmodrome.

Then another negative news came in. It turned out that the resource of the “Eagle” for the flight to the Moon is lower than the required one. In accordance with the terms of reference, the ship must perform 10 flights. According to RSC Energia’s calculations, in fact, he will be able to make no more than three. In this case, 10 flights to Earth’s orbit are possible.

On May 5, 2020, Evgeny Mikrin, General Designer of RSC Energia’s manned programs, passed away. He was in charge of several projects, incl. promising “Federation”. A change in the management of programs can lead to one or another organizational consequences, up to the most serious and negative ones. However, it is not yet clear exactly how these events will affect the work on the “Eagle” / “Federation”.

In general, a very difficult situation has been observed around the ROC “Federation” for a long time. The project turned out to be difficult in all respects, which repeatedly led to a revision of the design, cost and timing of completion of certain stages. In addition, all these changes often led to the most pessimistic assessments – although the developers of the project and others in charge continued to be optimistic. 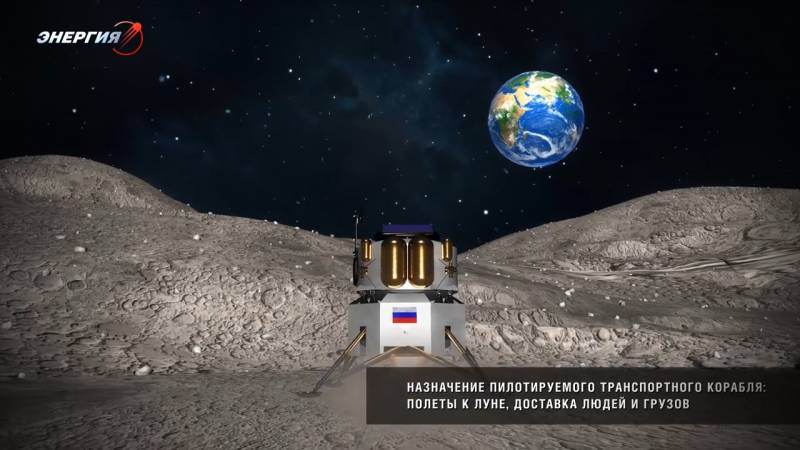 In recent months, reasons for positive assessments have reappeared. After long years of waiting, despite all the difficulties, RSC Energia and its subcontractors began building two spacecraft of a new type at once. Work on at least one of them will be completed in the near future, which will allow us to start new long-awaited events.

However, all subsequent events will take several more years, and the automatic flight of the Eagle will only be possible in 2024. The manned launch will take place even later. To obtain such results, the space industry must continue to work and solve the assigned tasks in time. If any problems arise at the new stages, the next schedule changes are possible.

However, the situation is gradually changing. The Federation project was successfully brought to the construction of equipment. This suggests that they do not refuse to work, and in the future it will be possible to get the desired result. But the real terms of manned flights to orbit and to the Moon, as well as the total cost of the program, remain in question. Will the current low-key optimism grow into something more? ..