Kyle Mizokami. National Interest and a bunch of other publications. One of the most sober-minded analysts in the United States today and an excellent expert reflects on how things are today in the US Navy.

Five Ways the U.S. Navy Will Beat Any Enemy at War

Mizokami believes that the US Navy is on the cusp of a technical revolution. And over time, aircraft carriers will simply have to give up their place, let’s say, less expensive ships, armed with all these lasers, railguns and other science and not so fiction.

Yes, it is understandable that aircraft carriers and amphibious assault ships are not going anywhere, since they are the cornerstone of all US naval strategy. But, besides them, there are other, no less deadly ships, so Mizokami’s idea is surprisingly clear that this list in 10 years may look completely different. 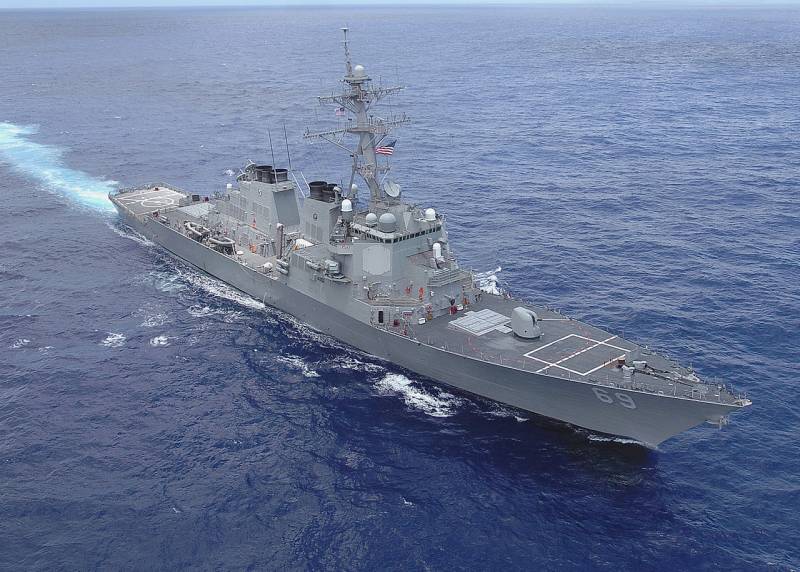 If the aircraft carriers are the fists of the fleet, then the Arleigh Burke destroyers are its skeleton. 62 ships is a hard-to-achieve result for other countries. And the ship is good and has almost no weak points.

The heart of the destroyer’s combat systems is the Aegis radar system, which is capable of working against any air targets. “Aegis” can work in group mode, building up the defense of a group of ships, can intercept targets at a significant distance, using data from AWACS E-2 “Hawkeye” aircraft. 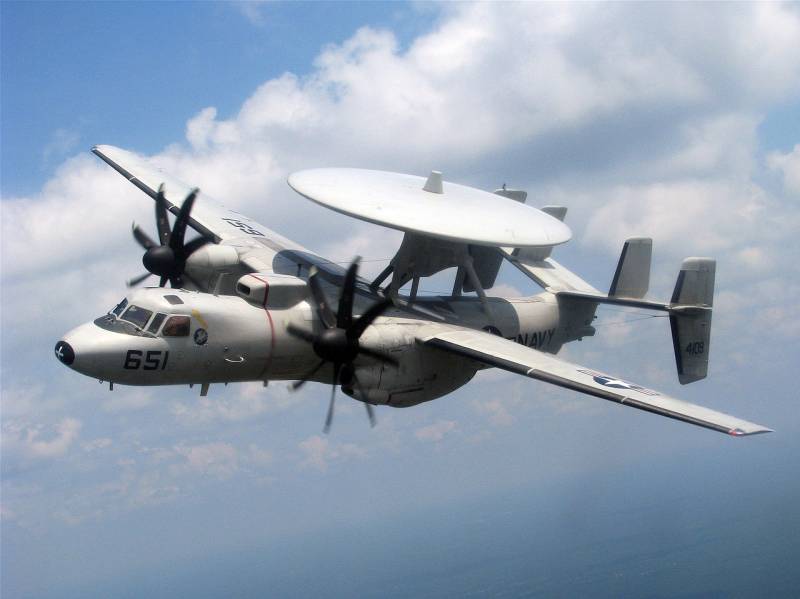 Anti-submarine detection equipment is not only one of the best in the world (AN / SQQ-89 CIUS with an in-hull AN / SQS-53 HUS and an AN / SQR-19 towed HAS), it still has great potential for further upgrades. The warhead is represented by six MK.46 anti-submarine torpedoes. MH-60R helicopters are used to search for submarines at distant lines.

Artillery armament is classic. 127-mm gun capable of striking both surface and coastal targets, as well as air ones. Two Vulcan-Falanx artillery systems, consisting of two six-barreled 20-mm systems that can fire at helicopters, UAVs and anything that breaks through the missile barrier.

Additional means include four 12.7 mm machine guns, which began to be installed on all destroyers after the suicide attack on the Cole EM in 1999. A large-caliber machine gun can easily pick out both an inflatable boat and a wooden one.

Everything is beautiful? Not really.

As a ship capable of fighting other ships, the Arlie Burke, alas, is not very good. The destroyers of the first series still have the Harpoon anti-ship missile, but this is a rather old missile, from which you simply cannot demand something like that. And eight missiles are a little by modern standards.

In fact, the absence of anti-ship weapons was quite justified at the time the Berks appeared, because the American destroyers had no rivals at sea at that time.

Each Arleigh Burke-class destroyer is armed with up to 56 BGM-109 Tomahawk Block 3 cruise missiles. But there is also a minus, and a decent one: the peculiarity of the Mark 41 UVP is that the crane equipment of the ships does not allow loading Tomahawk-type missiles and promising NTACMS tactical ballistic missiles (the ship’s version of the MGM-140 ATACMS mobile tactical BR) from ships supply, for this reason, the equipment of the Mark 41 UVP with missiles of these types can only be carried out at the bases of the US Navy ships.

The Arlie Burke is likely to go down in the history of the American navy as the ship to be produced in the largest series ever. Almost 40 years in production is quite impressive.

The next component of the shock five. 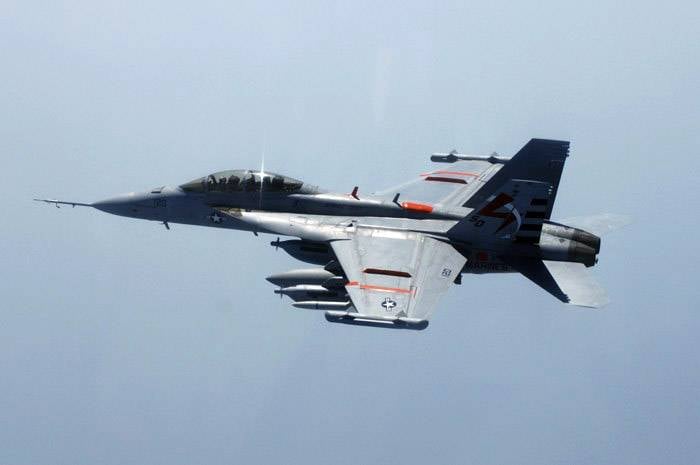 Developed on the basis of the F / A-18F Super Hornet, which proved to be a more than successful aircraft. The Growler is primarily an electronic warfare aircraft, which nevertheless can easily supply the enemy with conventional fighter-style weapons. More than an aggressive plane.

The difference between the “Growler” and “Super Hornet” is not very big: the built-in M61 cannon was removed and an AN / ALQ-227 communication jamming system was placed in its place, and AN / ALQ-99 jamming radar modules were placed on standard hardpoints, next to with rockets.

The result is a very versatile aircraft. “Growler” can conduct suppression of enemy air defense systems, both accompanied by electronic warfare unmanned aerial vehicles and independently. Can jam communications and enemy radars on the ground. Can attack radars with special HARM anti-radar missiles. Can interfere with enemy aircraft in the air.

Well, just like the ancestor of the F / A-18F, which has perfect combat maneuverability, the Growler can use its AMRAAM air-to-air missiles. Moreover, its main targeting device is the same APG-79 AESA multi-mode radar with a helmet-mounted aerial combat tracking system.

Yes, there are not so many “Growlers”, only 115 pieces, and a certain number will be built in excess of this figure, but the aircraft is very interesting precisely for its versatility of use. 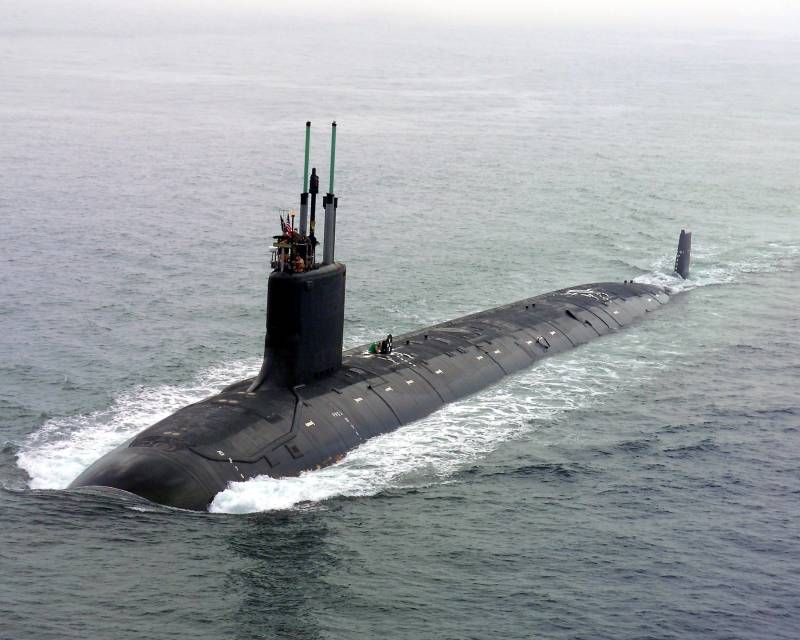 One of the most successful weapons programs since the end of the Cold War. The Virginia-class attack submarine combines an advanced nuclear submarine and an affordable shipbuilding program. It is planned to build at least 33 units.

But most importantly, the Virginia class is very cost effective. The Seawulf project that preceded it was a financial disaster: it was planned to build 29 submarines, but the first three ships cost an average of $ 4.4 billion each, and plans for further construction of the Seawulf were abandoned.

Each Virginia costs Americans a little less than $ 2 billion. 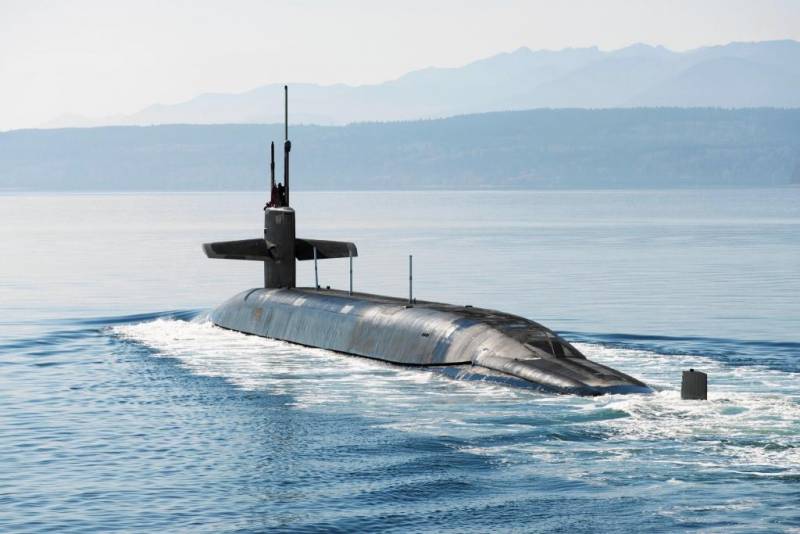 The four Ohio-class guided missile submarines (SSGNs) (Ohio, Michigan, Florida and Georgia) are the four most heavily armed ships in the world. Each of them is equipped with 154 cruise missiles and can carry up to four platoons of SEALs.

Originally built as ballistic missile submarines. Each submarine carried 24 D-5 Trident submarine-launched ballistic missiles with nuclear warheads. Under the terms of the START II treaty, the United States has four extra submarine hulls for ballistic missile armament. Instead of writing them off, the US Navy paid $ 4 billion to convert them to house conventional Tomahawk cruise missiles.

Twenty-two Trident missile silos have been converted to house seven Tomahawk missiles each. The result was an underwater missile platform capable of firing 154 Tomahawk missiles, greatly increasing the power of the American fleet.

The exact ammunition load of each submarine is classified, but, according to some reports, consists of a mixture of Block III Tomahawk and Block IV Tomahawk missiles.

Tomahawk Block IV / E have the ability to quickly retarget in accordance with the received intelligence.

The remaining two Trident launchers have been converted for use by SEALs and equipped with airlocks for submerged exiting the boat. Each of the Ohio-class SSGs can carry 66 SEAL commandos, as well as submerge a combination of two miniature submarines.

The Ohio submarines were first used on March 19, 2011 during Operation Dawn of the Odyssey in Libya. In the future, cruise missile submarines can be used as carrier ships for unmanned underwater vehicles. 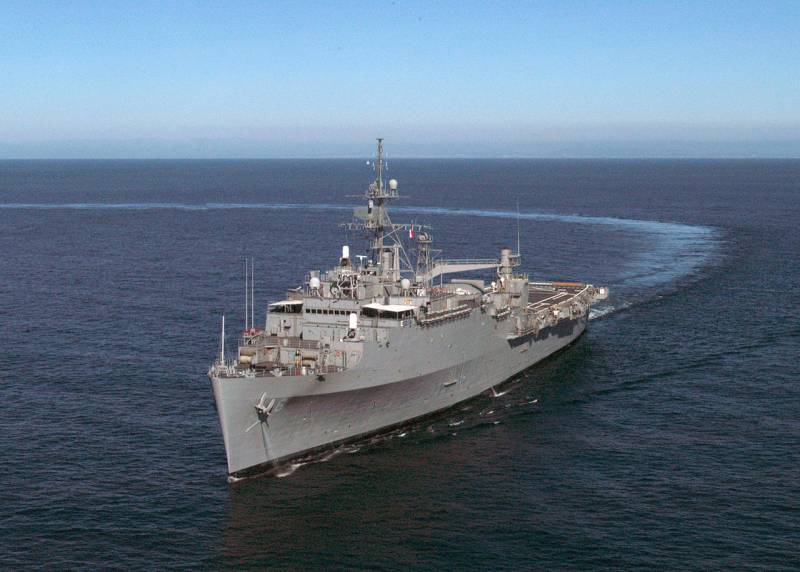 It might seem odd that an aging amphibious transport dock is on this list. In fact, these ships are being decommissioned for further disposal, but the main landing vehicle for the Marines can now get a second life.

As a floating platform armed with laser weapons.

The laser system is designed to destroy unmanned aerial vehicles, low-speed helicopters and high-speed patrol ships. In a video posted by the Navy on YouTube, a laser detonates an RPG-7 anti-tank missile, burns out the engine of a small boat, and shoots down a small unmanned aerial vehicle. The process appears to take a split second.

The US Navy claims that under the Geneva Convention, the laser will not be used to target individuals. However, it is safe to say that detonating explosive devices, fuel, or causing catastrophic damage to a vehicle can have fatal consequences for the crew.

There are no details about the range of the laws or how many shots he can fire in combat. The laser beam is not visible to the naked eye.

It is estimated that a “shot” from a laser cannon costs only 69 cents per shot, and it seems that one shot will be enough to disable a small boat. The Griffin missile, which the US Navy also viewed as a weapon against small targets, costs $ 99,000 each. RAM, a point defense system, costs over $ 250,000 per missile.

In the next two years, the US Navy plans to test more powerful systems – with a capacity of 100 to 150 kilowatts.

What can be added here? Only that Mizokami fell off at the end. It is unlikely that today anyone will question the effectiveness of the US fleet, in which 62 “Arleigh Burks” and 70 nuclear submarines play an important role. Especially while the aircraft carriers are in repairs.

But with the fifth point, that is, with “combat” lasers – too much. However, if it is so convenient for the Americans, it is not a question. The laser, as well as some sci-fi projects from the other side of the globe (such as nuclear misunderstandings in the upper atmosphere), are just a way to scare both ours and others. Their budget will be allowed to inflate, strangers will commit some stupidity.

An old and proven method since SDI times. However, if it can raise the morale and confidence of US citizens from their security, no one is against. Moreover, their submarines and destroyers are really good.