In recent years, a curious trend has been observed in the field of tank building: projects of medium-sized tanks with a minimum price and the highest possible characteristics for it regularly appear. Another example of this kind was the Chinese Type 15 / ZTQ-15. It has already gone into production, and with its help outdated medium and light tanks are being replaced.

The design of the new medium tank was carried out by the NORINCO corporation approximately in the mid-tenths. In 2018, the first unofficial photographs of experimental or production vehicles appeared. At the end of the same year, there was an official announcement of the launch of production and the beginning of service. On October 1, 2019, Type 15 tanks took part in the parade to mark the 70th anniversary of the PRC.

As reported, the “Type 15” is designed for use in difficult mountainous, forest or other terrain where heavier main tanks cannot operate. In this capacity, the ZTQ-15 should occupy the empty niche in which the Type 62 tank was previously located and which is now temporarily occupied by armored vehicles of other classes.

An export project VT5 was created on the basis of “Type 15”. This version of the tank has some differences from the base one and is intended only for foreign customers. Despite its recent market entry, VT5 has already become the subject of an export contract and more such agreements are expected to emerge.

“Type 15” is a combat vehicle of a traditional layout with modular armor, cannon and machine gun armament and a developed complex of onboard equipment. Combat weight, depending on the configuration, varies from 33 to 36 tons. High mobility is ensured in different areas. 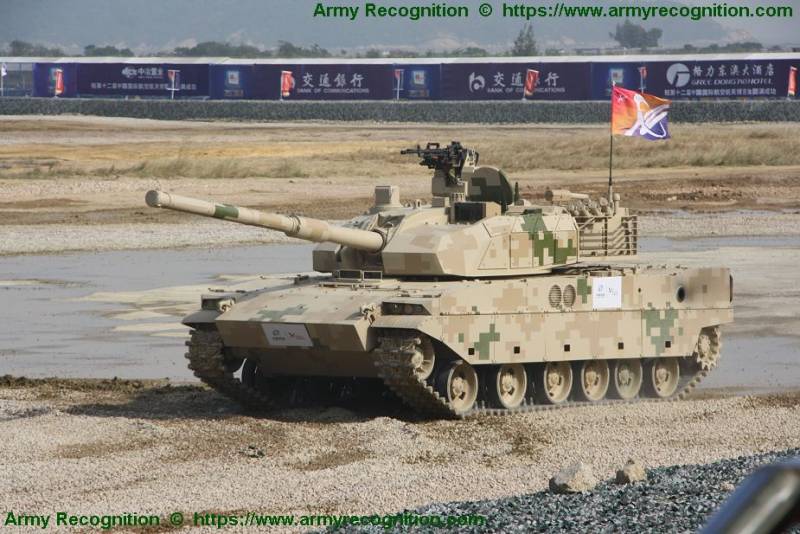 The tank has a welded hull and a turret made of rolled armor that protects against bullets and small-caliber shells. Frontal and side projections can be supplemented with hinged modules, screens and reactive armor that increase overall durability. In this configuration, the tank is protected from larger caliber shells and anti-tank rocket grenades.

The machine is equipped with an aft power unit with a 1000 hp diesel engine. and automatic transmission. Even at maximum weight, the power-to-weight ratio reaches 27.7 hp / t. The undercarriage is built on the basis of a hydropneumatic controlled suspension. The tank is capable of speeds up to 70 km / h. Provides high mobility in different landscapes, up to mountainous.

The main armament of the tank is a rifled 105-mm cannon coupled with an automatic loader. Ammunition – 38 unitary rounds in a mechanized stowage of the stern of the tower. Apparently, the tank’s artillery system is a Chinese copy of the British L7 complex. There is a coaxial rifle-caliber machine gun and a remote-controlled module with a large-caliber W85. Smoke grenade launchers are installed on the sides of the tower.

A modern digital fire control system was used, including combined optical devices of the commander and gunner, which ensure operation at any time of the day. The maximum possible situational awareness of the crew is achieved, incl. taking into account the specifics of work in difficult terrain. 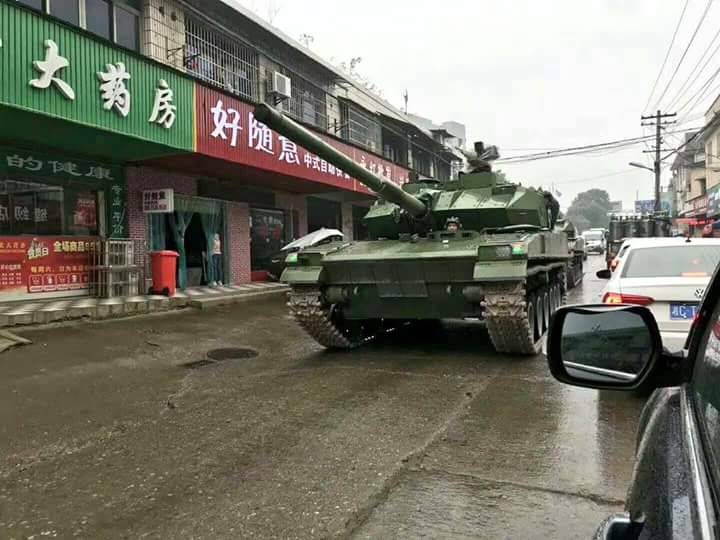 The crew of the “Type 15” includes three people. The driver is located in the control compartment, the commander and gunner work in the turret, to the left and right of the gun, respectively. All crew members have their own hatches and observation devices.

In terms of its dimensions, the average ZTQ-15 hardly differs from other equipment in its class. The length of the tank with the cannon forward is 9.2 m with the maximum width (with side screens) 3.3 m. Height – 2.5 m.

Earlier it was reported that the ZTQ-15 project is being developed to fill the niche of the “mountain tank”. Earlier in this capacity was used “Type 62”, created in the early sixties. However, this technique, despite all the modernization, was outdated long ago, and its fate was predetermined. In 2013, the PLA decommissioned its last Type 62. However, these tanks continue to serve in other countries.

Recall that the Type 62 was a revised and simplified version of the medium Type 59. Due to the weakening of the armor, the installation of an 85-mm cannon and other changes, the mass of the tank was brought to 21 tons and in some way improved its driving performance. The resulting vehicle showed advantages over other tanks in mountainous, desert and other areas. 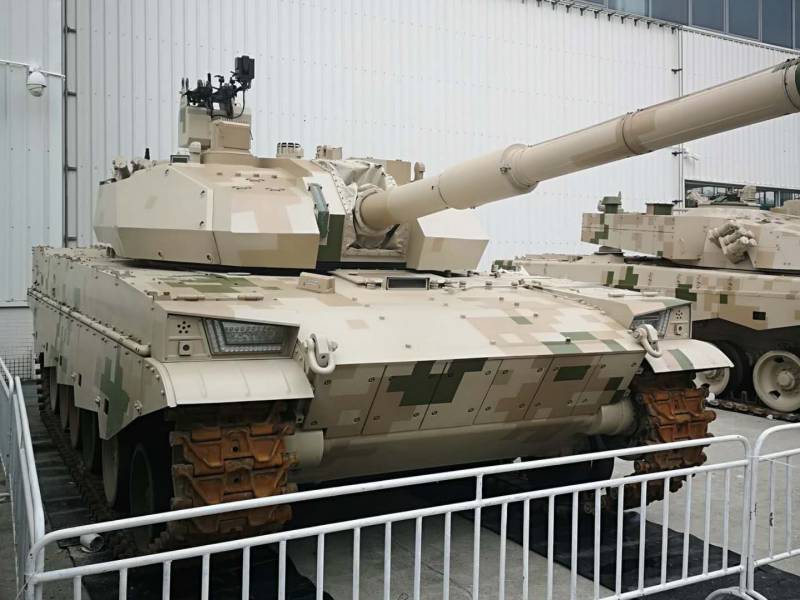 Export VT5 at the show. Sinodefenceforum.com

“Type 62” initially showed very limited combat characteristics, which is why it quickly became obsolete. Attempts were made to modernize by replacing some components, but the preservation of the existing armor and weapons limited their results. However, the decision to abandon obsolete tanks was made rather late. The write-off process was completed only in 2013, and a few years later a modern replacement appeared.

According to recent reports, “Type 15” can also be used as part of the current program to replace another obsolete model. In service with the PLA, there are still more than 1,500 Type 59 medium tanks of various modifications, which are a development of the old Soviet T-54/55. Despite all the updates, such equipment has not met modern requirements for a long time and is being written off. At least some of the connections using the “Type 59” may receive new ZTQ-15s in the future.

The modern tank “Type 15” compares favorably with the “Type 62” and “Type 59”, at least in its novelty. The army receives new armored vehicles with a full resource, built on the basis of modern technologies, as well as taking into account the operating experience of older tanks. There are also advantages in tactical, technical and operational characteristics.

According to open data, the NORINCO corporation has been continuing the serial production of Type 15 tanks for several years and is supplying ready-made equipment to the troops. Due to such deliveries, the niche of the “mountain tank” was previously filled, and now the “field” medium tanks “Type 59” are being replaced. Over the next few years, this will lead to a major renewal of the armored vehicle fleet. 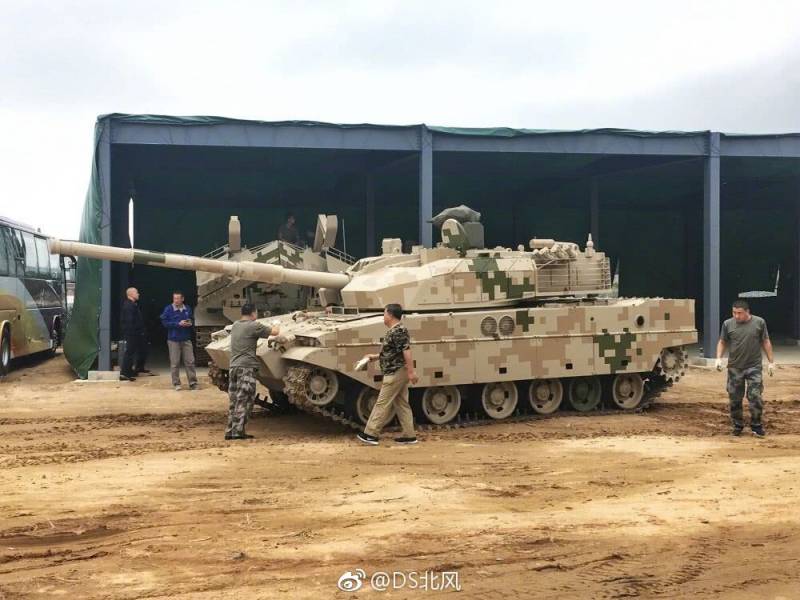 It should be recalled that the Type 59 and Type 62 tanks are in service not only in China. They are also exploited by a number of poor countries in Asia and Africa. Not all of these states want to continue to operate outdated technology. On the other hand, they do not have the financial ability to purchase advanced samples. For this part of the market, NORINCO has developed the VT5 export project.

At the end of last year, China received its first order for VT5 tanks. The first buyer was the Bangladesh army. The contract provides for the delivery of 44 vehicles over several years. New orders from other countries are expected.

In recent years, several countries have created a number of medium or lightweight tanks with limited cost and the highest possible tactical and technical characteristics. For some time now, China has joined this direction, whose army needs such equipment.

For various reasons, both organizational and financial, most of the “new medium” tanks do not advance beyond testing and do not go into series. The Chinese ZTQ-15 turned out to be more fortunate. This tank was created by order of the army, which predetermined its fate. The project did not have to look for a customer or fight with competitors. After testing, he received approval and went into production, and then found a foreign buyer as well. All this already allows us to talk about the commercial success of the project – at least against the background of other similar developments.