The transfer of the production of T-34 tanks to evacuated enterprises in the first year of the war seriously affected the quality of the armored vehicles produced. In 1942, a situation arose when tankers often simply refused to attack with extremely carelessly assembled tanks. For example, engineer-colonel G. I. Zukher from GABTU complained about the low production level of “thirty-fours” from Uralmash. In sea trials, out of 5 participating tanks, 2 armored vehicles were out of order, not having covered 15 kilometers. One T-34 traveled 130 kilometers, after which it was repaired, and the remaining vehicles coped with the mileage at the cost of many hours of downtime to eliminate minor malfunctions. Zuher writes:

This story illustrates the situation at the end of 1942. On the fronts, so many complaints about the quality of the T-34 were accumulated that Stalin personally drew attention to the problem. Among the instructions to the People’s Commissariat of Tank Industry on June 5, 1942 from the Supreme Commander, there were demands to improve the quality of the tank in one and a half to two months, pay attention to the impossibility of long transitions without breakdowns, and also increase the reliability of the T-34 transmission. Stalin demanded that the tank be simple, rough, tough and suitable for the average tanker. It came down to the non-interchangeability of individual large units (for example, towers) on two tanks from different factories. 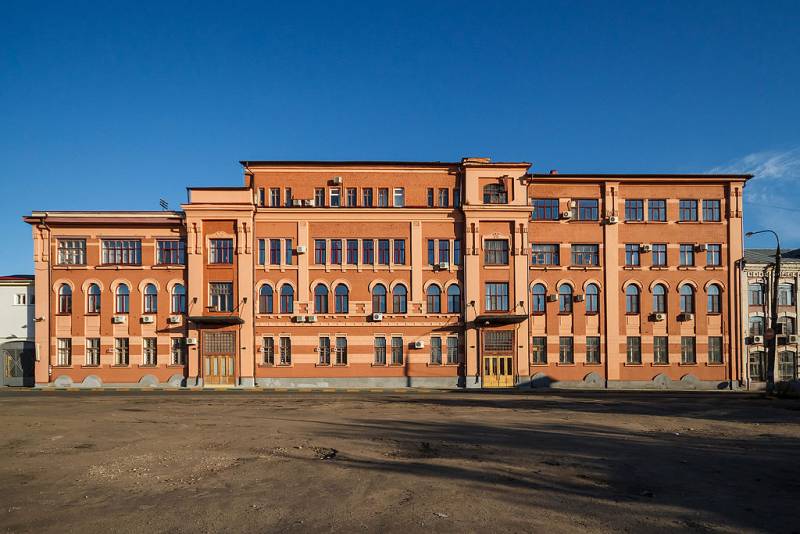 While the situation was slowly changing for the majority of tank enterprises in the industry, there were certain difficulties with tank-assembly production at plant No. 112 “Krasnoe Sormovo”. By the beginning of 1943, in the unofficial quality rating of T-34 tanks, plant No. 112 from the Gorky region occupied the last line – in the first place were vehicles from plant No. 183 in Nizhny Tagil. Stalin in one of his letters to Malyshev in the middle of 1943 writes about this:

“… and in conclusion, comrade Malyshev, I really want to hope that you will finally be able to do something with the” Sormovo freak “, on which our tankers are afraid to fight.”

What was wrong with the T-34 tank, which came out of the gates of one of the oldest shipyards in the country? A few excerpts from the archives:

“Tanks of plant No. 112 are notable for careless assembly … Welded seams of varying thickness, in some cases too lumpy, intermittent … Many tanks are presented not equipped with TPU-3 and accumulator batteries … All examined tanks have one common drawback – a large effort on the flywheel of the swing mechanism … long marches in the fuel system of the tank may cause gasoline leakage and its spontaneous combustion … “

Yes, there is no mistake: until 1942, tanks from Krasny Sormovo were equipped with M-17T and M-17F carburetor engines due to the lack of V-2 diesels.

The date of the beginning of the work of the Krasnoe Sormovo plant as a tank-building enterprise can be considered July 1, 1941, when the decree of the State Defense Committee (GKO) of the USSR No. 1ss was signed. In two months, the factory workers needed to rebuild the production line and, on September 1, give the country the first tanks. Looking ahead, we will mention that the plans were corrected (GKO decree # 81ss), and tanks were expected from Krasny Sormov already in August. As a result, the first T-34s appeared only in September in a meager amount of 5 copies, and in total 161 gasoline tanks were assembled by the end of the year, while the plan required 710 vehicles. For comparison: in 1942, 465 T-34s were assembled with carburetor engines and 2115 with V-2 diesels. 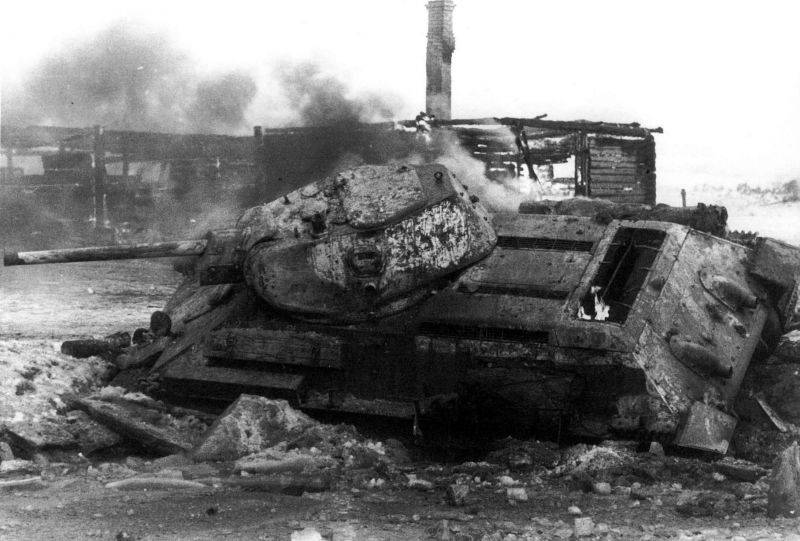 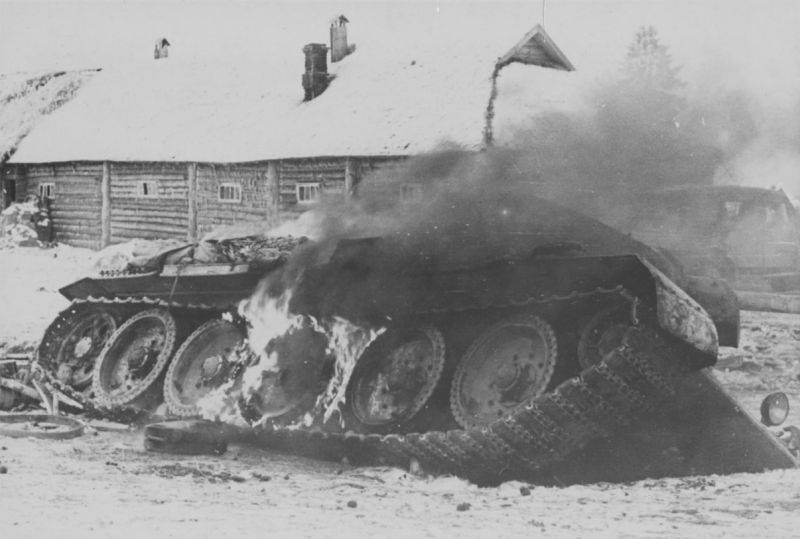 T-34 from the “Red Sormov”, knocked out near Moscow at the end of 1941. It is likely that they were equipped with a carburetor M-17. Source: waralbum.ru

The armor for the tanks was to be supplied to the factory workers by the Kulebak Metallurgical Plant, and the carburetor M-17 by the Gorky Automobile Plant. The Engine of the Revolution plant was responsible for the supply of gearboxes, the Gorky Milling Machine Plant produced rollers and polished gears for the gearbox, main and side clutches. At the Gudok Oktyabrya plant, tracks were processed and caterpillars were assembled, and the Murom steam locomotive repair plant No. 176 was engaged in the manufacture of front and support wheels, processing and assembly of sloths. And this is not a complete list of subcontractors, on which the intensity of the T-34 assembly process depended.

You can learn more about how the management process was organized at the enterprises of the defense industry in the historical series “Bulletin of the Voronezh State University”. In one of the materials, the authors E.I.Podrepny and P.V.

“In early July 1941, the Deputy People’s Commissar of the Tank Industry came to the plant. Gathered all the leaders of the plant in the director’s office. He sat down at the director’s table. He took a pistol out of his trouser pocket, put it on the table, covered it with a sheet of paper. I read the decree of the State Defense Committee of 01.07.41 on organizing the production of T-34 tanks at the Krasnoye Sormovo plant and gave the task: to organize the serial production of turret shoulder straps for the T-34 tank, the term is a month for development. He warned that if during this time the task is not completed, then the leaders who are guilty of the disruption will be held accountable as for sabotage under the laws of wartime. The director of the plant, N. Ye. Volkov, here ordered all managers to put folding beds in their offices, and not a single manager had the right to leave the territory of the plant without the personal permission of the director of the plant. As a result of hard work on the 28th day, the first set of shoulder straps was made, and by the end of the year 450 shoulder straps were manufactured, and in 1942 – 2140 sets. “

Nevertheless, none of the suppliers of the Krasnoye Sormovo plant was able to cope with the assigned tasks – the parts were sent to the plant either at the wrong time or not in full.

The Krasnoye Sormovo plant was not 100% a tank enterprise. In early July 1941, the plant was instructed to increase the number of submarines delivered (main products) to 23 units. The GKO decree of July 13, 1941 obliged plant No. 112 to organize the production of tools, forgings, finished products and assemblies for the 76-mm divisional gun and supply them to plant No. 92 “on time according to the schedule of plant No. 92”, as well as transfer to the system The People’s Commissariat of Armament is a new open-hearth shop. In general, with such a load on the enterprise, an understandable wide degree of tank cooperation with local factories in the Gorky Region becomes clear: otherwise it was impossible to organize production.

The Krasnoye Sormovo plant until 1943 suffered from a shortage of almost all resources and raw materials. Suppliers and subcontractors treated the plant like an ugly duckling and chronically sent the company illiquid assets. The aforementioned “Oktyabrya Gudok” stopped the assembly of tanks several times, not delivering tracks on time. As a result, in November 1941, the Sormovites themselves began to cast track links, which were also in short supply. At one of the moments of the plant’s operation, a situation arose when seventy T-34s without tracks stood on the site of finished products. The situation was reversed only by organizing the stamping production of track links following the example of the Stalingrad Tank Plant. 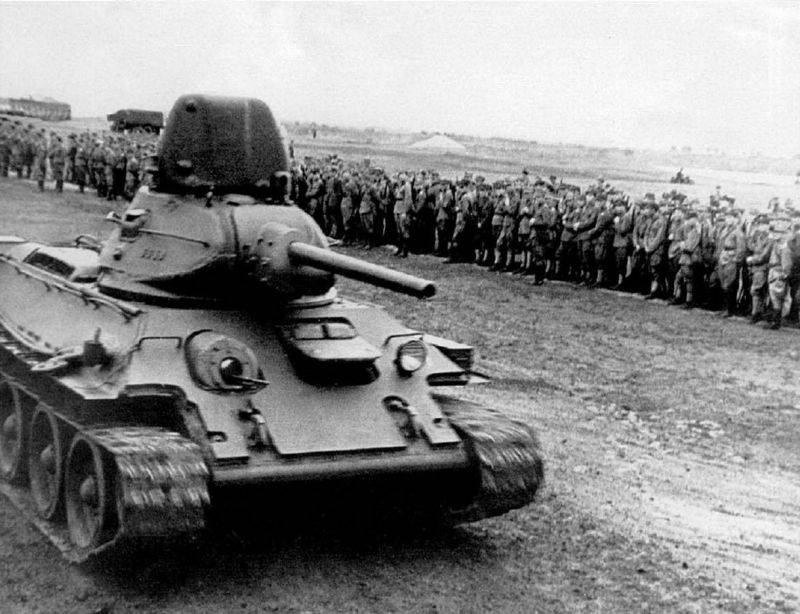 T-34 of the Polish Army with shielded armor. This technique was produced in small batches at Krasny Sormovo. Source: waralbum.ru

The real disaster was the lack of labor: by the end of 1941, an additional 2,400 workers were required! During the next half of the year, only 964 specialists were trained on their own according to a very truncated program. The reaction of the People’s Commissar of Tank Industry V. A. Malyshev on February 1, 1942, who was indignant: “… in the People’s Commissariat for Tank Industry, the cooperation of tank factories among themselves is unsatisfactory” is indicative. Interestingly, in order to solve this problem, V.A.Malyshev allowed to book 8 thousand tons of fuel oil and immediately organize the shipment of 1,000 sets of quilted trousers, quilted jackets and leather boots, 45 thousand packs of tobacco, 30 thousand packs of tobacco, 100 boxes of matches and 25 tons of soap for “Red Sormov”. On February 13, 1942, the Council of People’s Commissars allowed to borrow from the mobilization reserve of plant number 112 for the production of tanks 50 kg will be victorious with a return during 1942.

Somewhat earlier, at the end of 1941, VA Malyshev resolved issues of the plant’s lag behind plans in a completely different way. When the order of the People’s Commissar of State Control No. 708ss “On the unsatisfactory state of production of T-34 tanks at the plant No. 112 of the Narkomtankoprom” was issued on October 10, Vyacheslav Aleksandrovich dismissed GI Kuzmin as chief engineer. Later, a military tribunal and imprisonment awaited the engineer. Plant director D. V. Mikhalev, due to the actual disruption of plans for the production of T-34, was also dismissed and tried. He was more fortunate – he did not receive a real term and remained at Krasny Sormovo as chief engineer. In May 1942, Efim Emmanuilovich Rubinchik became the director of plant number 112, whose name is associated with an increase in the production of T-34 tanks.