“Grayvoron” on the eve of tests

The program of building small missile ships for several fleets continues successfully. On January 30, a solemn ceremony of raising the flag was held in Sevastopol on the new ship “Graivoron”, built according to project 21631 “Buyan-M”. This is the ninth ship of this type in the Russian Navy, and new ones will soon follow.

On December 25, 2013, the Ministry of Defense and the Zelenodolsk plant named after A.M. Gorky signed another contract for the construction of small missile ships (MRK) pr. 21631. It provided for the construction and delivery of four ships, from the sixth to the ninth in the series. New RTOs were planned to be transferred to the Black Sea Fleet.

Preparatory work for the construction began prior to the signing of the contract. The ship-laying ceremonies were held in 2013-15. Since 2016, the ships have been launched. In the summer of 2018, after passing all the necessary tests, the new Vyshny Volochek MRK entered the Navy, and in December the fleet received the Orekhovo-Zuevo. At the very end of 2019, the ship “Ingushetia” began service. 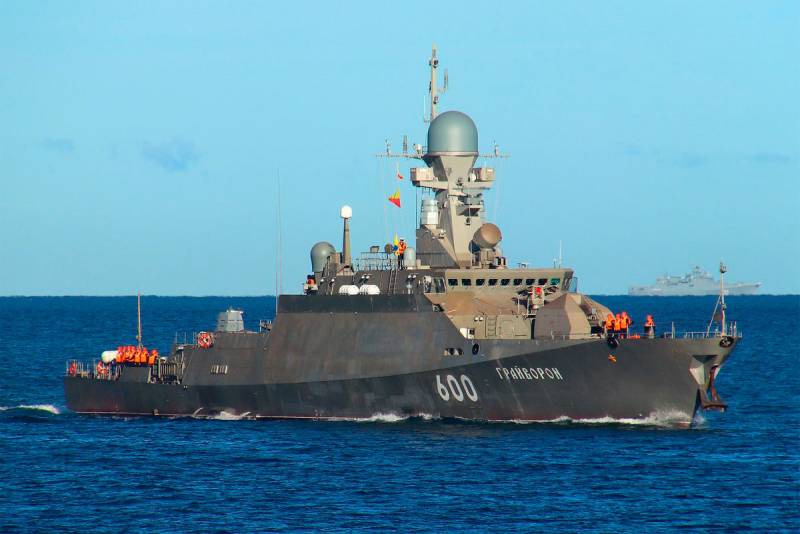 The last hull under the contract in 2013 – the future “Grayvoron” – was laid down on April 10, 2015. The construction of the ship was noticeably delayed. For a number of reasons, it was possible to launch it only in April 2020. By this time, the crew was formed. After part of the outfitting work, in August the ship was transferred from Zelenodolsk to Novorossiysk. There MRK received the remaining equipment and was prepared for testing.

Sea trials of “Grayvoron” started on September 19 last year and took several months. During these events, the ship confirmed the design characteristics and was admitted to service. On January 30, the Ministry of Defense adopted a new MRK and transferred it to the Black Sea Fleet, which already has three pennants of this type. All four Buyan-Ms are now serving in the 41st missile boat brigade.

MRK pr. 21631 are intended to protect the economic zone of the state in the coastal zone, as well as in the internal basins. Unlike other warships, “Buyan-M” is able to navigate rivers, due to which a quick transfer between different fleets is ensured. 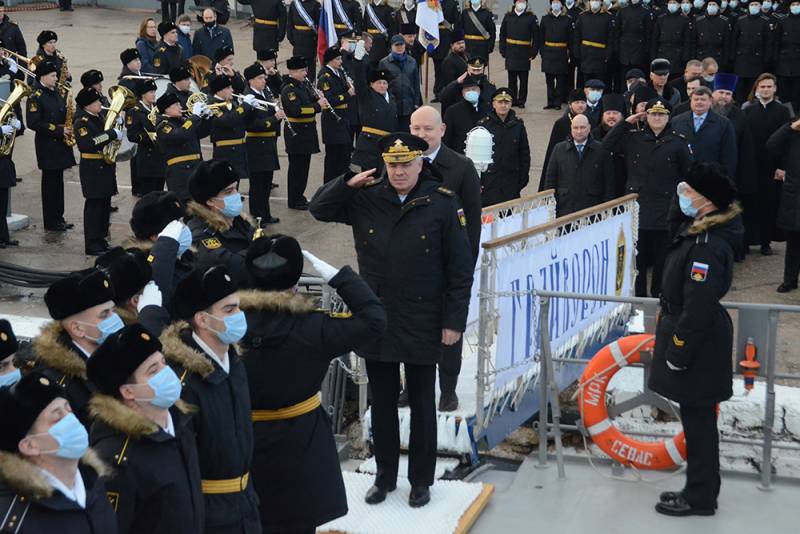 The Buyan-M ships have a total displacement of 950 tons. The ship is 74 m long and 11 m wide. The hull lines correspond to the “river-sea” class. The power plant of the CODAD type is built on the basis of four foreign-made diesel engines with the output of power to two water-jet propulsion devices. A full speed of 25 knots and an economic speed of 12 knots are provided. At the latter, the cruising range reaches 2500 miles.

Despite its small size, the ship of project 21631 carries a developed complex of electronic equipment for observation, weapons control and interaction with other combat units. The combat information and control system “Sigma” was used. It integrates radars MR-352M1 “Positive-M1” and MR-231-2 “Liman”. The artillery is controlled by the MR-123-02 “Bagheera” system.

MRK pr. 21631 carries a 3S14 universal launcher with eight cells for Onyx and Caliber missiles. In the future, it is possible to introduce a new complex “Zircon”. The ship is equipped with an A-190 “Universal” artillery mount with a 100 mm cannon. For air defense and countering surface threats, there are two 3M47-01 “Gibka” complexes, one AK-630M-2 “Duet” mount, as well as column mounts for machine guns. 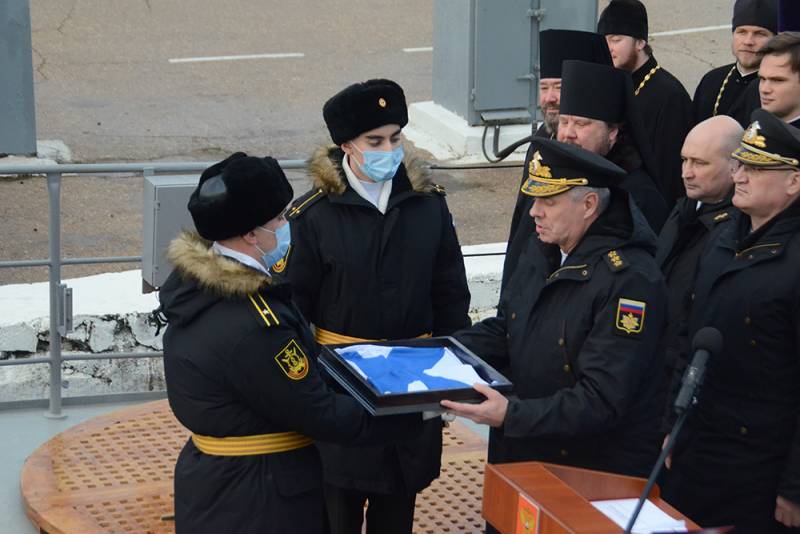 Small missile ships of the Buyan-M type, due to the specifics of the hull and the power plant, are capable of operating only at a limited distance from bases and on inland waterways. At the same time, they have quite wide shock capabilities. Due to the use of missiles of different types, it is possible to defeat surface and coastal targets at long ranges. At the same time, the potential of the naval air defense is limited – it is assumed that the MRK in the coastal zone will be protected by land anti-aircraft systems.

In July 2014, the Russian Navy received the first two IRAs of pr. 21631 – Grad Sviyazhsk and Uglich. At the end of the same year, the third entered service, and in 2015 two more ships were transferred to the fleet. In 2018-19. the combat strength included three RTOs for the Black Sea Fleet, and the fourth began service a few days ago. In total, to date, the Navy has received nine Buyan-M ships.

The first three ships of the project became part of the Caspian Flotilla. They regularly participate in various exercises, and in addition, they were involved in striking targets in Syria. Two ships, Zeleny Dol and Serpukhov, are part of the Baltic Fleet. It is curious that at the end of 2015 they were accepted into the Black Sea Fleet, but after a few months they were transferred to the Baltic. After the recent ceremony, the Black Sea Fleet has the largest grouping Buyanov-M, of four units. 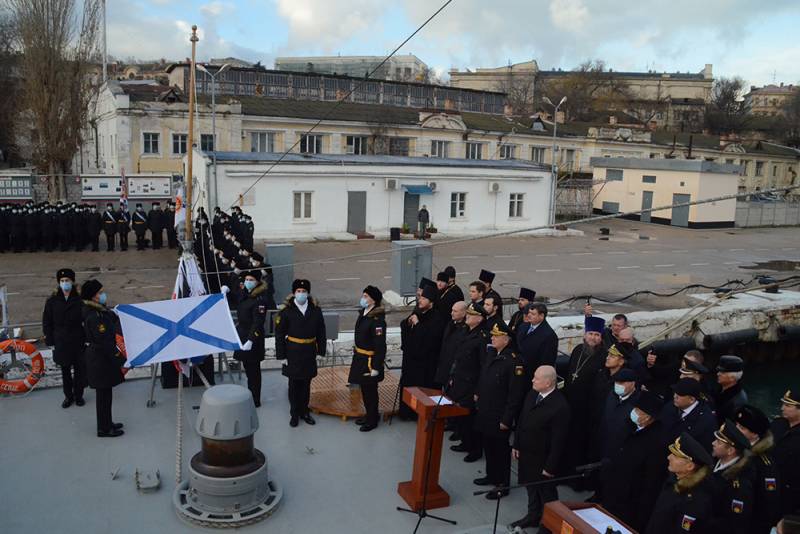 It is important that the construction of the MRK pr. 21631 does not stop there. Three new ships are already under construction. In April 2017, the tenth building, Grad, was laid. In 2018, the laying of the ground for Naro-Fominsk and Stavropol took place. According to current plans, the Grad will be completed, launched, tested and handed over to the customer this year. It will enter the Baltic Fleet. The next two RTOs will begin service in 2022 and 2023.

Based on the results of the fulfillment of all existing plans, the Russian Navy will include 12 Buyan-M small missile ships. They will be distributed among the three fleet formations, possibly evenly. At the same time, it is possible to extend the series to re-equip other fleets. It can be assumed that the naval command is right now studying the experience of operating existing ships of this type and deciding the issue of building new ones. In case of a positive decision, a new contract for several buildings may appear in the coming years.

It is easy to see that the duration of the construction of the MRK pr. 21631 was constantly changing. In addition, there were noticeable intervals between the tabs of new ships. All these negative phenomena were associated with problems in the line of propulsion systems.

The first five ships received German-made MTU 16V4000M90 diesels. In 2014-15. the supply of such items has ceased due to sanctions. Later they managed to find a replacement in the form of Chinese CHD622V20 engines with similar characteristics. Later it was reported that such diesel engines are not without drawbacks and also need to be replaced. 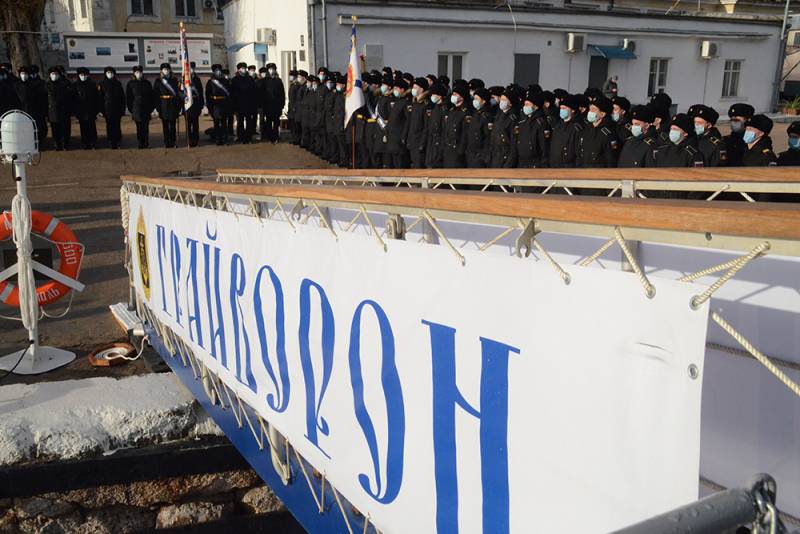 It is expected that the new ships of project 21631 will be equipped with Russian-made propulsion systems. Kolomensky Zavod will supply 10D49 engines, and Zvezda will manufacture gearboxes. The appearance of our own products to replace imports will allow not only completing the current series, but also starting the construction of the next ships – within a reasonable time frame.

The further development of the Buyanov-M armament complex is of great interest. Thanks to the versatile 3S14 installations, they can use Onyx and Caliber missiles. It is known that the promising Zircon hypersonic missile is also used with such an installation. It is likely that such a weapon will be introduced into the ammunition of already built and planned MRKs, and this will give a serious increase in combat qualities.

The recent adoption of the Grayvoron MRC into the fleet clearly demonstrates the success of Project 21631. However, the events of past years have revealed a number of serious problems in shipbuilding that must be dealt with. The main difficulty in the form of the lack of high performance engines, apparently, has already been resolved, and the results of such a decision will appear in the near future.

Despite all the difficulties, since 2014 the Russian Navy has already received nine Buyan-M small missile ships, and the tenth is expected to be delivered this year. With their help, the surface forces of two fleets and one flotilla have been updated. Construction continues and in the future will make it possible to strengthen these associations, as well as begin deliveries of new RTOs of this type to other fleets.