Corvette ready to go to Israel

On November 11, at the ThyssenKrupp Marine Systems plant in the German city of Kiel, a solemn ceremony of handing over the head corvette of the Sa’ar-6 type to the customer, the Israeli Navy, took place. In the near future, this ship will make the transition to a new base, receive the remaining electronic systems and weapons, and then will enter the combat composition of the fleet.

The result of cooperation

The Israeli Navy adopted plans to build a series of four corvettes with guided missile weapons by the mid-tenths. In May 2015, an international contract was signed for the development of the Saar-6 project and the subsequent construction of ships. German and Israeli companies were involved in the work.

Under the terms of the contract, the Saar-6 project was based on the existing German-developed Braunschweig missile corvette project. It should have been changed in accordance with the requirements of the Israeli Navy. Improvements mainly affected the composition of electronic and missile weapons. The Israeli side wished to use systems and weapons of its own production, providing a high degree of unification with other models of the Navy.

The main contractors were German companies ThyssenKrupp Marine Systems and German Naval Yards Holdings. They are responsible for building ships and installing general ship systems. The Israeli companies Elbit Sistems, Rafael and IAI were entrusted with the development and supply of individual systems and weapons. They will have to carry out re-equipment of ships before the start of service. 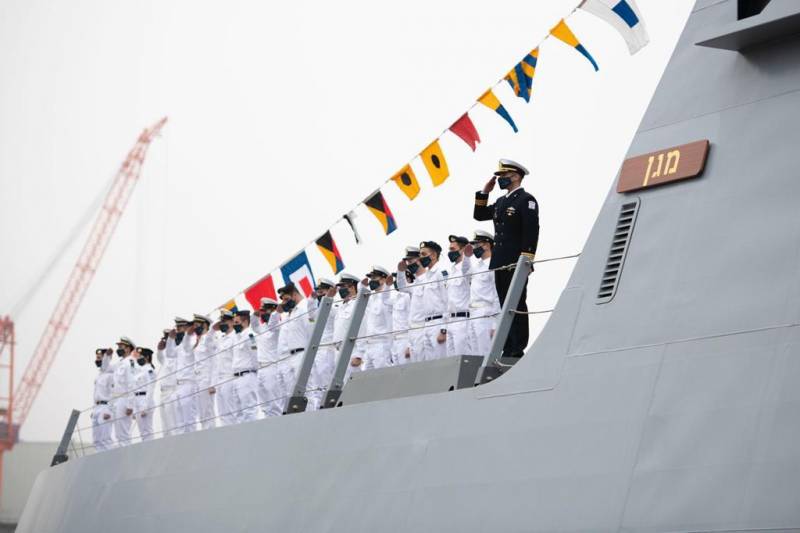 As in some other joint projects, Israel and Germany jointly paid for the work. The construction of the head corvette cost 1.8 billion shekels (approx. 430 million euros). Two thirds of this amount was allocated by the Israeli side, and a third was subsidized by Germany.

The lead ship, pr. Saar-6, was laid down at the Thyssen-Krupp plant in February 2018. In May 2019, it received the name Magen and was launched. After the completion of the construction, the corvette was taken out for sea trials. These events dragged on, but on November 11, 2020, the ship was handed over to the customer. On “Magen” they lowered the German flag, under which it was tested, and raised the Israeli one.

It is curious that while the ship does not have standard electronic equipment and weapons, the tests were carried out according to an abbreviated program. Now Magen will have to make the transition to Israel, where all the remaining locally produced systems will be installed. Only after that the corvette will be accepted into the Navy. It is expected that this will happen in the first months of 2021. Reportedly, on November 12, the ship left Kiel and went to Israel.

The 2015 contract provides for the construction of four ships of a new type. Work on the next three corvettes has begun and is still in its early stages, but will be completed in the foreseeable future. The second “Saar-6” in incomplete form is planned to be handed over to the customer in July 2021, and the third and fourth will go to Israel by the end of autumn. They will be able to start service as early as 2022.

The Sa’ar-6 project is based on the German Braunschweig and retains a number of its features. The existing hull and superstructure of characteristic contours with a minimum number of protruding elements, power systems and part of general ship facilities are used. The corvette for Israel, like the base model, has a length of 90 m and a total displacement of more than 1900 tons. 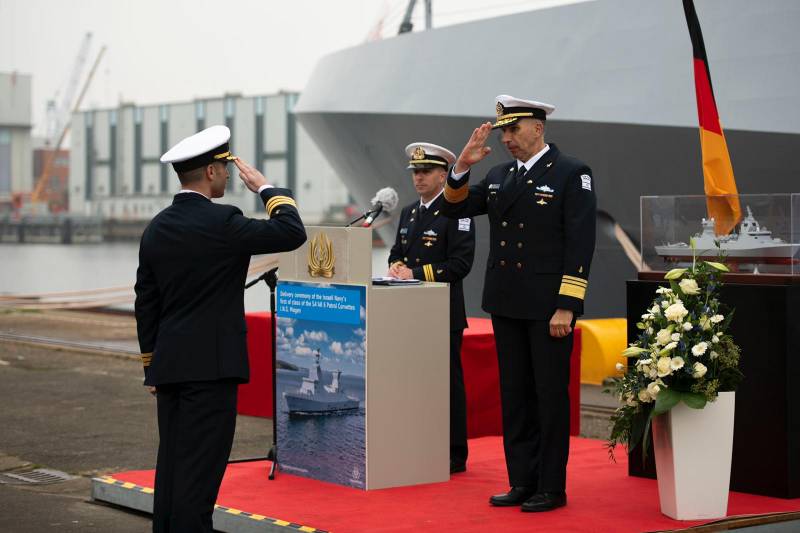 The power plant is built on the basis of two diesel engines MTU 20V 1163 TB 93 with a capacity of 9920 hp. each. Propulsion is provided by two variable pitch propellers. The ship is capable of speeds up to 26 knots; range – 4 thousand nautical miles. Provides the ability to work in the near and far sea zone.

At the request of the customer, the corvettes of the new type must carry a number of Israeli-developed systems. Thus, the EL / M-2248 MF-STAR type AFAR radar from IAI becomes the main means of review and search for targets. It includes four antenna sheets installed on the superstructure. There is information about the replacement of elements of the combat information and control system, fire control devices and other means. Also, the means of electronic warfare of Israeli production are being introduced.

An OTO Melara 76/62 Super Rapid artillery mount is mounted on the deck in front of the superstructure. The ship also receives two Rafael Typhoon combat modules with 25-mm cannons. There are 324 mm torpedo tubes.

The main strike weapon of the Saar-6 is the IAI Gabriel V anti-ship missile system. In the central part of the corvette’s superstructure there is a launcher for 16 such missiles. Anti-aircraft and anti-missile defense is provided by the Barak-8 complexes with 32 missiles and the C-Dome (the naval version of the land-based Kipat Barzel) with 20 anti-missiles. 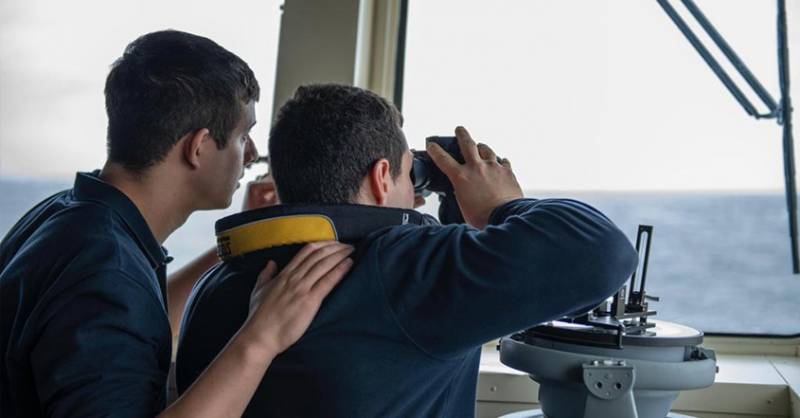 In the aft part of the superstructure there is a hangar for transporting a helicopter. The Israeli Navy currently has Atalef (Eurocopter AS-565) helicopters, and the US SH-60F is expected to be delivered in the future. Both types of vehicles are compatible with the corvette hangar.

Thus, a corvette of the “Saar-6” type has broad combat capabilities and is capable of defending itself or other objects, as well as delivering strikes. Anti-ship missiles allow attacking surface ships at distances of at least 200-250 km, torpedoes provide anti-submarine defense, and with the help of air defense systems, you can fight various air targets, from aircraft to unguided missiles at distances up to 80-100 km. Artillery systems will provide defense and attacks in the near zone.

Corvettes will be included in the control systems of the Israeli Navy. In addition, it is proposed to integrate them into the contours of the national air defense-missile defense system. Ships with the C-Dome missile defense system will work together with ground-based prototypes, exchange data and contribute to improving the effectiveness of defense.

The mission of the Sa’ar-6 ships will be to patrol the eastern Mediterranean. There they will be able to solve the problem of protecting the coast and the exclusive economic zone of Israel. Protecting the EEZ is of particular importance as it produces oil and natural gas, strategically important resources that provide 80% of the country’s energy needs. 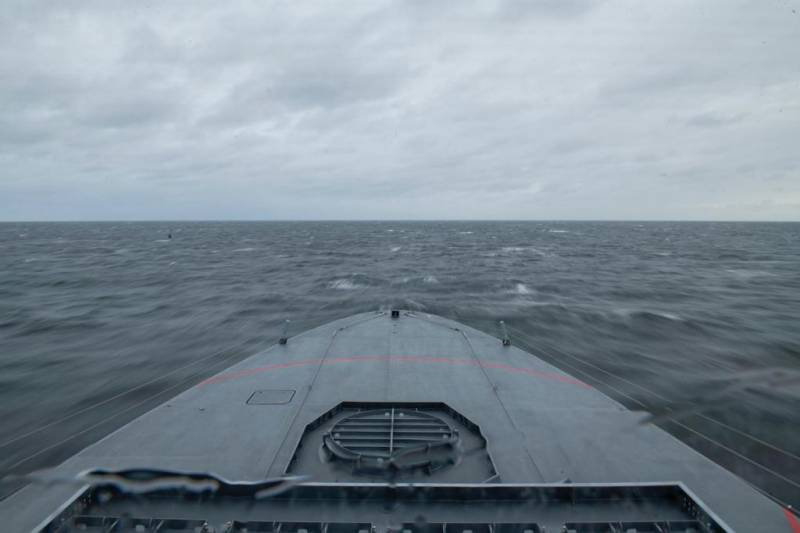 The bow of the ship with an artillery mount. It will be mounted in Israel

The situation in the region remains difficult and new threats are emerging. Israel is forced to respond to them, incl. through the construction and commissioning of new warships with the highest possible potential. The four Saara-6s, working together with other surface ships, will be able to provide an adequate level of protection of important areas from all modern threats.

With all their advantages, ships of the Sa’ar-6 type still have a big drawback – they are absent in the Israeli Navy’s combat strength. The head corvette was built, tested and handed over to the customer, but he still has to move to the base, install electronic systems and weapons, etc. Only after that, not earlier than the first half of 2021, will he be able to enter his first military service.

Then, three other ships will undergo similar processes and events, and the entire series of corvettes will be operational no earlier than 2022. After that, the Israeli Navy, using existing and new ships of various types, will be able to strengthen its presence in important areas and improve the protection of strategically important industries. In the meantime, they will have to use ships of older projects with different combat capabilities.