At the end of September, the UK Department of Defense published Integrated Operating Concept 2025, which proposes an action plan to improve the armed forces in the near and long term, taking into account current and anticipated threats. If the “integrated operating concept” is adopted, the British army will face one of the largest reforms in history.

The authors of the concept point out that threats to national security are constantly changing, and this requires an appropriate response. Opponents no longer recognize the rule of law, and the laws and agreements themselves can be used as a military-political tool. In addition, the opponents studied the “western path” of military development and took it into account when developing their own armies. The widespread adoption of information technology provides new opportunities, but leads to unexpected risks.

The emergence of new threats does not exclude the preservation of old ones. Competition for territories, resources and political influence remains relevant. Potential opponents seek to implement plans of this kind using modern capabilities. Of particular importance are attacks “below the threshold” – which will not receive a full-scale military response.

A characteristic feature of the present time is called the blurring of boundaries between peace and war, public and personal, foreign and domestic, etc. In this regard, new opportunities appear for negative influences or attacks. 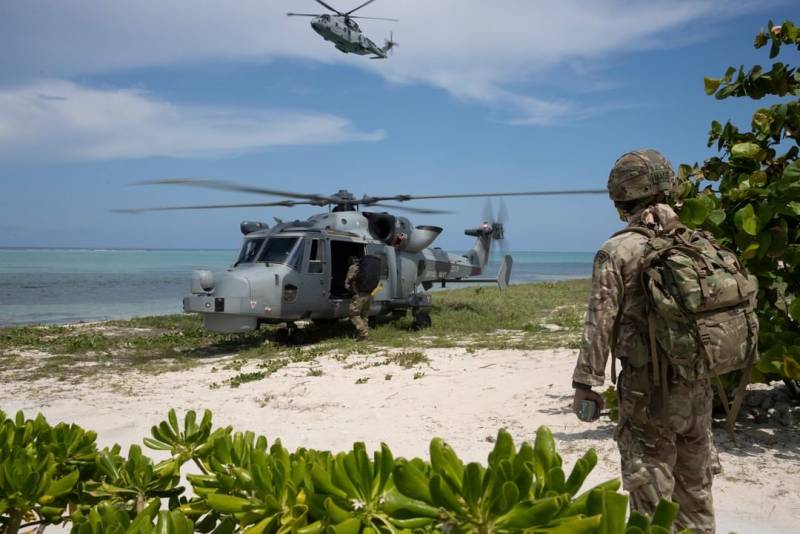 The nature of warfare is also changing. As the experience of the conflicts in Syria and Iraq shows, commercial technologies are becoming cheaper, more accessible and more efficient, which leads to a change in the face of war. At the same time, more complex “traditional” weapons retain their place, continuing to develop and master new areas. There are risks in the field of strategic and tactical nuclear weapons.

Thus, in the hands of a potential adversary there is a whole range of various political, informational and military instruments, which goes beyond the existing legal norms. All these funds can be used against Great Britain and already now require a competent response. Thus, the need to develop strategies and tactics is obvious – this is exactly what the authors of the Integrated Operating Concept 2025 suggest.

In search of answers to current and future threats, the Integrated Concept first of all proposes to use the existing advantages. The main one is well-trained specialists in all fields. It is they who must carry out the development of plans, as well as carry out military construction and modernization.

NATO membership is called an important advantage, which is still one of the foundations of UK national security. It is the only organization in the world capable of uniting the conventional and strategic forces of different countries and effectively deterring common adversaries. Moreover, cooperation should go not only with NATO as a whole. It is necessary to work out the issues of partnership with individual countries. 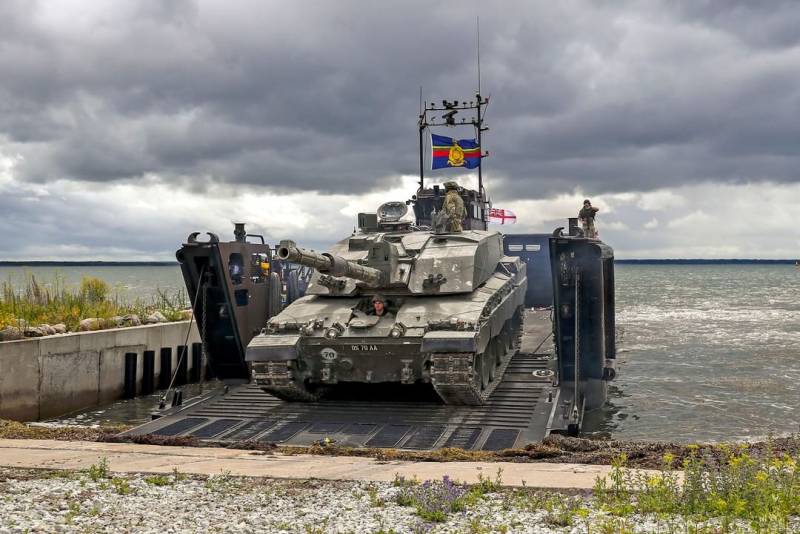 The authors of the document note the leadership positions of British science and technology, but indicate that new developments are often carried out by non-governmental organizations. New measures are needed in this area.

Respect for rules, regulations and treaties is another benefit. However, the current legal and moral attitudes are being attacked by a potential adversary. Accordingly, they need to be revised to limit possible abuse by the adversary.

In addition to the most general considerations, the Integrated Operating Concept provides specific steps to address current challenges. First of all, it is proposed to change the structure of the armed forces and control loops, as well as to modernize the defense industry.

The main idea of ​​the concept is the rejection of a position that provides for observing the enemy and only reacting to his actions. Instead, strategic action should be taken and the conditions and pace should be determined independently. This will provide a wider choice and allow you to effectively counter any enemy. 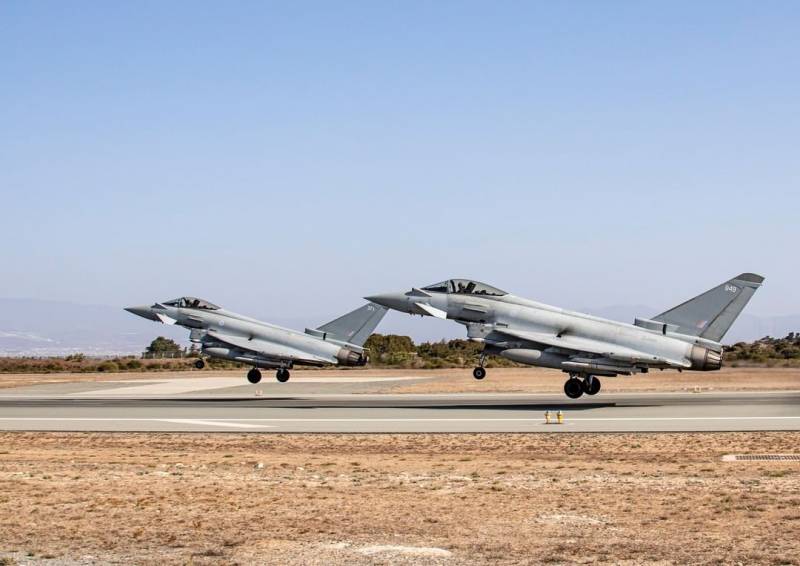 The integration of the armed forces is of particular importance. It is proposed to create general control loops uniting units and formations from tactical to strategic level, operating in all environments – in space, in the air, on land and at sea. In addition, similar ties with civilian structures and armies of allied countries are needed.

Much attention should be paid to information systems, and the goal in this direction is to create advantages over the enemy. With the help of such advantages, it will be possible to assess the situation faster and more correctly, as well as to influence the enemy – his army or civilian population.

From defense to battle

The Integrated Operating Concept 2025 offers a four-point plan to improve the anti-aggression system and optimize core processes. The first point, “Protect”, provides for a thorough examination of the existing defense system and infrastructure in order to find vulnerabilities. Then, critical objects must be protected from any attacks in all environments. 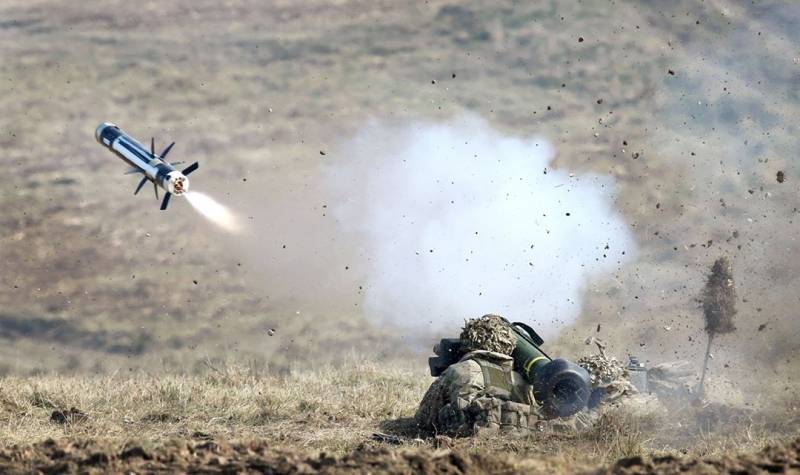 The second measure is “Engage”. The country’s defense potential should be focused on external threats and actively interact with the allied armies. This engagement will allow you to identify threats in time and respond to them in an optimal way. The next step is Constrain. It provides for the demonstration or limited use of military force with the aim of excluding war or escalating an ongoing conflict.

Finally, full-scale hostilities are a last resort. In fact, at this stage, all created measures and tools are combined. Actions in all environments are aimed at actively fighting the enemy and protecting yourself or your allies.

Material part of the future

The 2025 Concept recognizes that it is impossible to disband existing structures and create entirely new ones in their place. In particular, despite all the changes, outdated tools, platforms, etc. retain some national security value and can still be used. Nevertheless, in the future, new samples of the material part will appear, to which special requirements should be imposed.

The authors of the concept believe that stealth will become a key feature of promising samples. In addition, high mobility is required, incl. obtained by reducing protection, and increased fuel efficiency. Radio-electronic means will become of particular importance, and the level of involvement in networks and control loops will increase significantly. An open modular architecture will be used to accelerate modernization. Developed means of reconnaissance and target designation will make it possible to more widely use strikes against objects outside the line of sight. 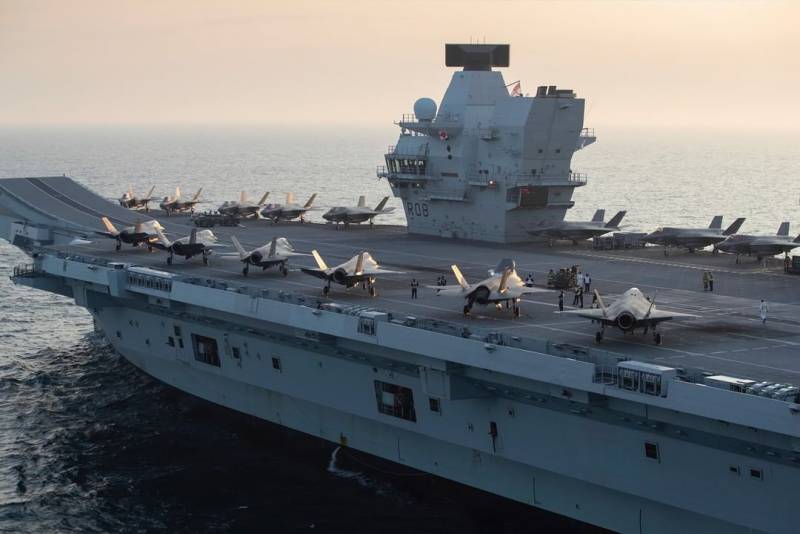 Prospective models of weapons and equipment with similar features will be able to surpass modern products in all basic parameters. However, their appearance should be attributed to the distant future. The military will have to work out the concept, create real plans on its basis and formulate tactical and technical requirements, according to which full-fledged samples will be developed in the future. All this takes a lot of time.

The proposed “Integrated Operating Concept” is designed for the next five years. If it is accepted for implementation, then by 2025 new strategies can be formed and the process of creating promising models can begin. By that time, the Ministry of Defense will have to draw up a new concept for the next period, taking into account the successes achieved and the current needs of national defense.

The proposed measures for the development of the armed forces and related areas in general look interesting and promising. The situation in the world is really changing, which requires certain measures – it is for this purpose that the “Concept” is being created. The authors of the document propose to pay attention to the development of all aspects of defense, including the most relevant and promising ones. This is expected to provide security both in peacetime and in the event of a conflict.

The proposed measures are largely based on existing practices, strategies, etc. At the same time, they demand to build on the accumulated experience and create new systems, strategies and patterns. At this stage, difficulties of various kinds are possible, preventing the full implementation of all plans. In addition, achieving the set goals will definitely require significant financial expenditures. At the same time, it should be remembered that in recent years the British armed forces are faced with the problem of insufficient funding, and this threatens both the maintenance and the build-up of defense capabilities.

Thus, the document Integrated Operating Concept 2025 describes extremely interesting and promising plans of the Ministry of Defense, the implementation of which will significantly change the face of the army and make it more flexible and adapted to solving the characteristic tasks of the present and future. However, deep modernization of structures and gaining new opportunities will come at a price. How long it will take to complete the assigned tasks, and what the cost of the reform will be, will become known later, when the concept is turned into specific programs.