During the Second World War, there was a search for new solutions in the field of camouflage. This process has sometimes led to very interesting results. So, Canadian and American engineers became interested in the use of active backlighting. One of the results of this was the emergence of an aviation camouflage system called the Yehudi Lights.

In 1940, the Royal Canadian Navy began work on the Diffused Lighting Camouflage project. Its main idea was to equip the ship with a set of lanterns for illumination in the dark. By illuminating some areas of the side projection and leaving others dark, the ship could change its visible shape. Because of this, the enemy could not correctly identify the target, estimate its size, course and speed. Ultimately, all this reduced the effectiveness of torpedo attacks.

The US Navy soon became interested in DLC technology. They began developing their own ship lanterns, and then decided to expand the scope of its application. The fact is that not only ships, but also planes needed effective camouflage. Despite being painted in the lightest shades, the airships stood out against the sky. Due to the illumination, it was planned to worsen the visibility of the aircraft – with understandable consequences for the combat qualities.

The layout of the lights on the B-21

Work in this direction started in 1943. Development was entrusted to the Camouflage Section under the National Defense Research Committee. Other organizations from the Navy were also involved in the work.

The project was named Yehudi Lights. At that time, the name of Yehudi in colloquial language (at the suggestion of a well-known radio host) was called a person who was inconspicuous or absent here and now. In general, this name suited the project.

The development of Yehudi Lights began in the context of the development of anti-submarine aviation. The customer demanded to reduce the visibility of PLO aircraft so that German submariners could notice them no more than 30 seconds before the attack. This allowed the aircraft to deliver an accurate strike before the sub began to dive. 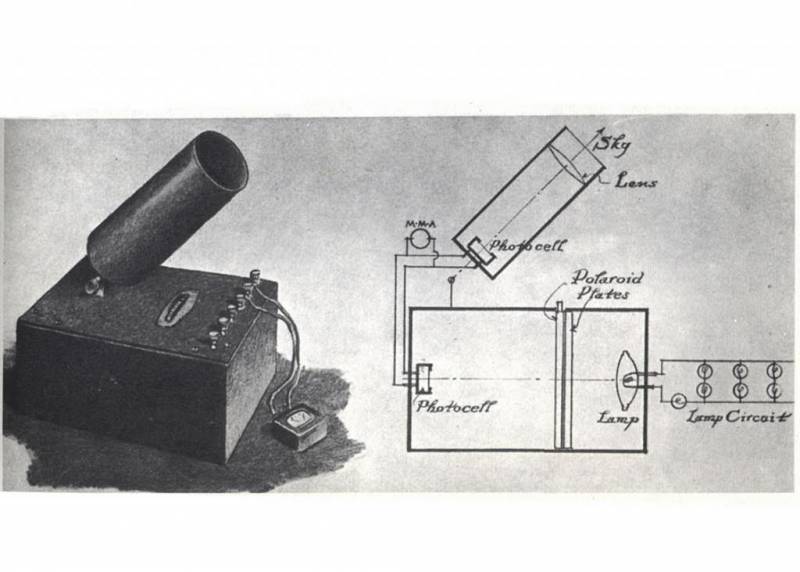 We quickly found out that using the DLC in its original form did not make sense. In daytime conditions, excessively powerful lamps were required to illuminate the aircraft, otherwise even a white aircraft stood out against the sky. The installation of power systems of the required capacity did not seem appropriate. In addition, powerful floodlights protruding beyond the skin would necessarily disrupt aerodynamics.

The illumination of the aircraft was abandoned and an alternative solution was proposed. A set of searchlights of limited power directed forward should have been installed on the glider. Their luminous flux was supposed to merge with natural light and “close” the plane. This approach made it possible to solve the problem and did not impose special requirements on the carrier and its electrical system.

However, there were some restrictions. The developed lanterns, with the desired power characteristics, produced a beam width of only 3 ° horizontally and 6 ° vertically. It should have been held on the attacked target, and when deflected, the submariners could notice an approaching plane. In this regard, there were special requirements for the construction of the attack. The target submarine should be approached as on a glide path, with a constant dive angle, providing effective camouflage. 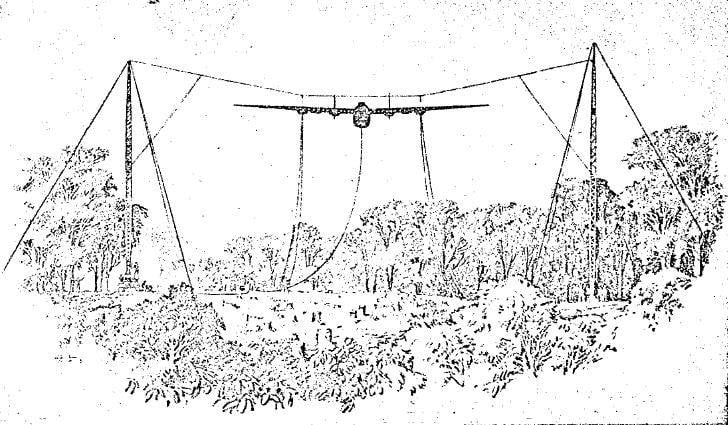 The main carrier of the Yehudi Lights was the Consolidated B-24 Liberator bomber or its patrol version PB4Y-2 Privateer. The tests were carried out taking this fact into account and using the appropriate test systems.

The first ground tests were carried out in the area of ​​the settlement. Oyster Bay (pc. New York). On the shore, with the help of a pair of towers and cables at a height of 30 m, a wooden model in the form of a frontal projection of the “Privatir” was suspended. Observation was proposed to be carried out from the other side from a distance of 2 miles using a 2-meter tower, imitating the submarine’s cabin.

The figured plywood board was equipped with a set of Yehudi Lights. 15 lanterns were placed along each plane at different intervals, another 10 were installed on the “fuselage nose”. Each lantern was equipped with a blue-green light filter. When operating at an incomplete power, incandescent lamps “turn red”, and the light filters allowed maintaining the required white-yellow tint in all modes, which coincided with natural light. 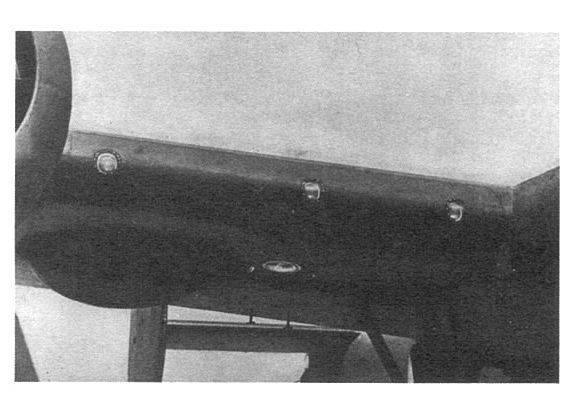 Lanterns on the wing of the flying laboratory B-24

The lights were connected to the control system. It included two photocells: one monitored the background lighting, the other “watched” the control lamp. Automation tried to equalize the signals from both sensors. The maximum power of the entire system reached 500 W – within the capabilities of the PB4Y-2 power engineering.

The tests took place in good weather and visibility. Observers with binoculars clearly saw the towers and the supporting cables. However, the mock-up of the aircraft with the lights on remained invisible against the sky. The Navy made obvious conclusions and moved the project to a new stage.

Lights in the sky

Now it was about the creation of flying laboratories. A serial B-24 was sent to carry out flight tests for alteration. It was equipped with 40 lanterns, a control system, etc. All these units generally corresponded to the complex that passed ground tests. Already at the end of 1943, the Liberator with “Yehudi Lights” took to the air and demonstrated its capabilities. 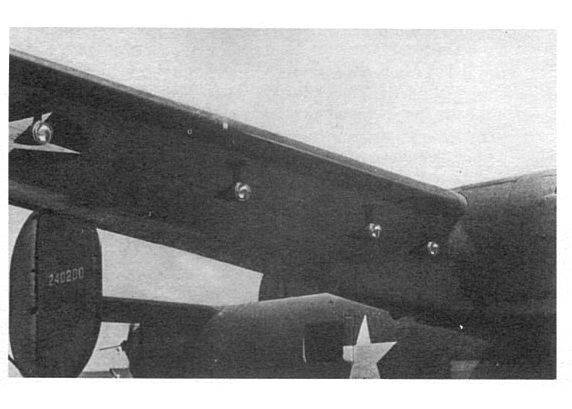 View from a different angle

Soon, another naval aircraft was attracted to the new project – the carrier-based torpedo bomber Grumman TBF / TBM Avenger. He received similar control systems, but the backlight configuration was changed. Due to the smaller size of the airframe, only five lanterns fit on each plane, six more were placed on the engine fairing, two were added to the stabilizer.

The issue of installing lanterns on existing and prospective gliding bombs was being worked out. Thanks to this equipment, a medium-sized ammunition could remain unnoticed for as long as possible and did not risk falling under enemy naval air defense fire. However, this version of the Yehudi Lights system remained at the development stage and did not even reach testing.

Throughout 1944 and in the first months of 1945, two prototype aircraft flew regularly, and observations were made from land or water. The Yehudi Lights were tested in different weather conditions, at different ranges, altitudes, courses, etc. On the whole, very interesting results were obtained. 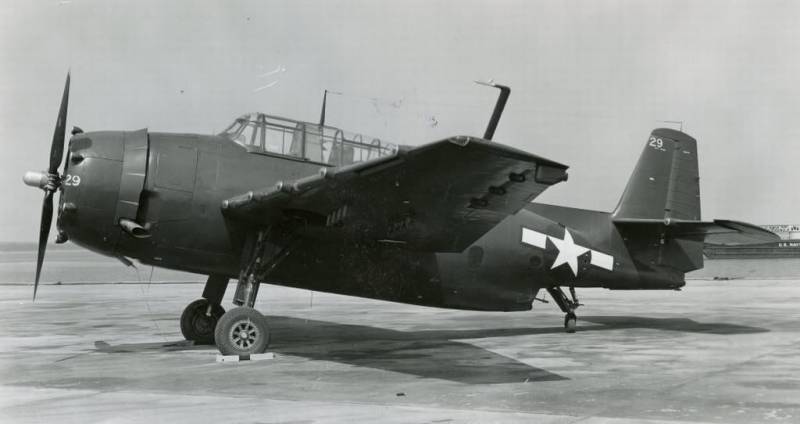 So, in the same conditions, an observer with the naked eye noticed an Avenger bomber without working lights from 12 miles (19 km), but when they were turned on, the detection range was reduced to 3 thousand yards (2.7 km). Binoculars increased the detection range, but the limited field of view did not allow this advantage to be used in practice.

The Yehudi Lights project was recognized as successful, but unpromising. During the tests, it was found that an aircraft with a set of special lights can indeed “imperceptibly” perform a combat approach to a surface target and reveal itself in a matter of seconds before impact. Its timely detection with the naked eye or with the use of optics was a very difficult task. From the point of view of the fight against submarines, such a system was very useful.

However, the proposed light camouflage did not have a great future. By that time, the leading countries had managed to master radar, against which optical camouflage was powerless. Radars were already actively used on surface ships, and their mass introduction on submarines remained a matter of time. 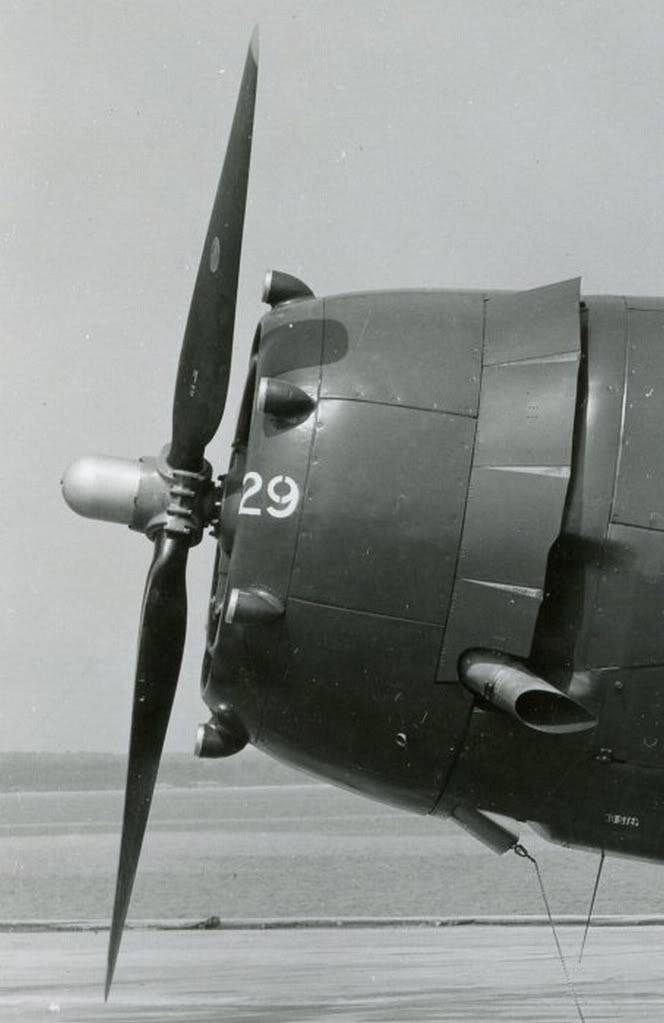 Due to the lack of real prospects at the beginning of 1945, work on Yehudi Lights was curtailed. The development of new versions of such a system for certain samples of aviation equipment was not carried out. The plywood model, B-24 and TBF remained the only carriers of it. The project documents went to the archive, and the Navy specialists took up more important projects.

However, the idea of ​​active light camouflage has not disappeared. She was remembered during the Vietnam War. There are reports of other attempts to hide aircraft by means of illumination. This is probably related to the fact that the documents on “Yehudi Lights” were declassified only in the eighties. In addition, various rumors about the use of light camouflage are still circulating. Perhaps in the future, ideas from the Second World War will find practical application.