General view of the apparatus “Lotos-S”

In the interests of the navy, the Liana naval space reconnaissance and target designation system (MCRTs) is being created. It will include spacecraft of two types, designed to monitor the situation on the seas and detect ships and submarines of a potential enemy. To date, the Liana system has been deployed only partially, but its construction will be completed in the near future.

In 1978, the first domestic MKRTs 17K114 “Legend” was put on alert. It consisted of two types of spacecraft, carrying radars and passive electronic reconnaissance means. The full-fledged work of the “Legend” continued until the beginning of the nineties, after which the formation of a working space group turned out to be impossible. In a reduced configuration, the system was operated until the mid-2000s.

In 1993, taking into account the prospects of the “Legend”, the Ministry of Defense ordered the development of a new ICRC with increased characteristics under the code “Liana”. During that period, the basic requirements for the system were formed and the timing of its deployment was determined. In the future, the terms of reference were repeatedly corrected, and the work schedule was revised.

The first satellite of the type 14F138 “Lotos-S” from the “Liana” was launched into orbit only in November 2009. The next launch was performed at the very end of 2014, this time the upgraded satellite 14F145 “Lotos-C1” went into space. In December 2017 and in October 2018, two more launches took place. The fifth spacecraft MKRTS “Liana” was launched into orbit on February 2 this year.

In parallel with the withdrawal of “Lotosov-S”, work was carried out on the apparatus 14F139 “Pion-NKS”. According to the Ministry of Defense, in December, a new schedule for the completion of work on this project was approved. Details were not specified, but the launch of the first Pion-NKS is scheduled for the near future. Soon Izvestia was informed that this device was already undergoing ground tests, and this year it would be able to go into space. 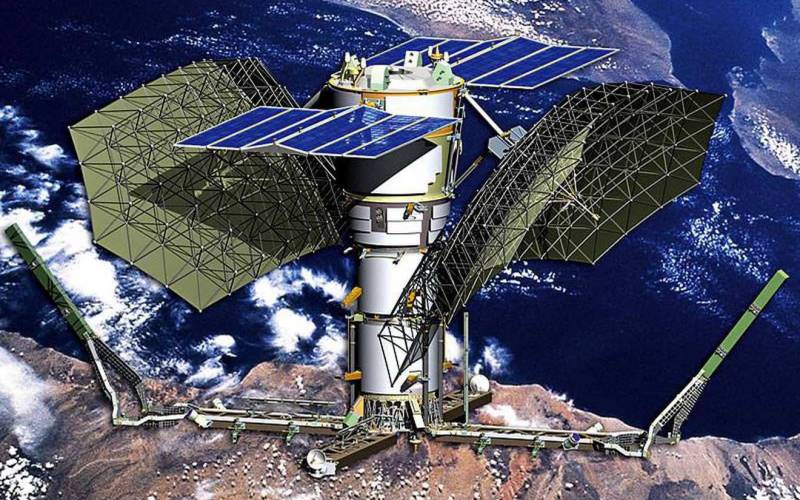 With the help of a new satellite and some other means, Liana is planned to be operational. The system will acquire the required configuration and will be able to solve all assigned tasks for monitoring the situation in the World Ocean. However, the exact dates for the start of full-fledged combat duty and acceptance into service remain unknown.

As part of the complex

According to open data, the Liana ICRC must solve the problems of passive radio-technical and active radar reconnaissance, for which it has two types of satellites. Earlier it was reported that the minimum operating configuration of the system includes two products “Lotos-S” and “Pion-NKS”. As follows from the events of recent years, an increase in the number of vehicles in orbits is possible.

It was reported that the ICRC “Liana” satellites should operate in circular orbits with an altitude of 800-900 km. Their task is to monitor the assigned areas, identify the ships of a potential enemy and issue data about them. Such reconnaissance can be used both for tracking the actions of foreign fleets and for targeting the fire weapons of surface ships, submarines, coastal forces and naval aviation.

Satellites “Lotos-S” and “Lotos-S1” are intended for electronic intelligence. They must track radio signals from ships, submarines or enemy ground targets, process them and identify the location of sources. The data on the detected objects is automatically transferred to the control loops of the fleet and can be used by different consumers.

The Pion-NKS product is distinguished by the presence of a full-fledged radar station on board, capable of monitoring the situation at sea and on land. The active principle of detection allows you to detect targets that observe radio silence, and also provides high accuracy in determining the coordinates. 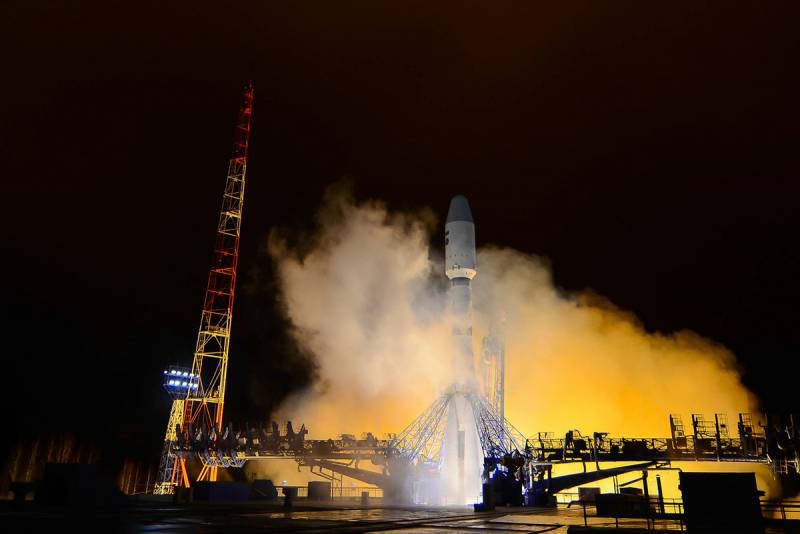 It is reported that the ICRC “Liana” will be able to ensure the operation of all modern and advanced weapons of the navy. So, with its help it will be possible to organize strikes with the use of “Caliber” missiles or use “Zircon” against moving surface targets.

A new satellite from the Liana ICRC is planned to be launched into orbit this year. This means that the reconnaissance and target designation system will approach its full working configuration and receive a new critical function. Then the launch of the second “Pion-NKS” is possible, in accordance with the minimum operating configuration, which provides a full-fledged solution of all tasks.

The commissioning of spacecraft of two types will have obvious consequences. First of all, we are talking about the full restoration of the space reconnaissance and target designation system. The old “Legend” stopped working in the middle of the two thousandth, and new devices with radar on board have not been launched since the late eighties. Accordingly, the deployment of the new ICRC “Liana” will allow the fleet to regain its long-lost capabilities.

ICRC “Liana” will become a new component in the general surveillance and tracking systems that ensure the protection of the country’s maritime borders. In the near zone, within a radius of up to hundreds of kilometers, monitoring of the situation is carried out using coastal radars of various types, independent or included in weapon systems. Also, to monitor the situation in the World Ocean, there is a grouping of base patrol aircraft. While on the high seas, ships and submarines, as well as deck-based aircraft, must solve similar problems.

All these forces and means create an echeloned system of tracking, detection and target designation. However, their specificity imposes restrictions on the areas of observation, detection range, etc. The use of reconnaissance satellites solves most of these problems. A space group of sufficient numbers is capable of conducting constant surveillance far beyond the areas of responsibility of coastal radar stations and covering larger areas in comparison with patrol aircraft. 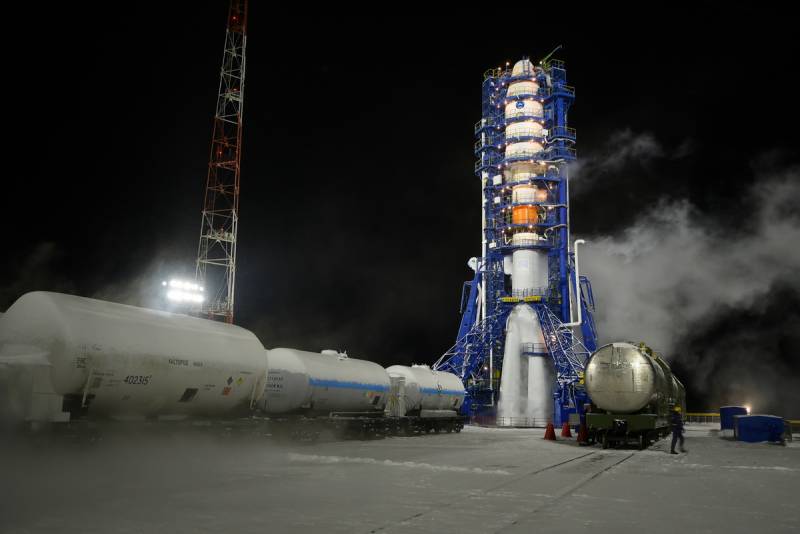 Preparations for the launch of the fifth “Lotus-S”, February 2, 2021

Some of this potential has already been realized with the help of the Lotos-S and Lotos-S1 electronic reconnaissance devices. It will be possible to get all the Liana’s capabilities in full only after the launch and commissioning of the Pionov-NSK radar.

Of great interest is the information on the compatibility of the ICRC “Liana” with modern and promising armaments of the fleet. The presence of a satellite reconnaissance and target designation system will allow strikes in the entire range of missile ranges without colliding with the limitations of shipborne detection equipment.

Thus, the Ministry of Defense continues to restore and develop the military space group. Every year, several satellites of different types are launched into orbit, designed to solve certain problems. For example, in recent years, the number of space reconnaissance vehicles using different principles of target tracking has been restored.

Right now, you can observe the process of restoring the grouping used in the interests of the navy. Five Liana satellites are already operating in space, and this year the sixth will go into orbit. Thanks to this, the reconnaissance and target designation system will acquire a minimum workforce capable of performing all assigned tasks.