The Russian press reported on the completion of state tests of the new Izhevsk submachine gun in the second half of July 2020. The new product, developed by the specialists of the Kalashnikov concern, was assigned the PPK-20 index. It stands for 2020 Kalashnikov submachine gun.

This abbreviation was also adopted in order to perpetuate the memory of Viktor Mikhailovich Kalashnikov (died in 2018), the son of the legendary Soviet gunsmith designer. Viktor Mikhailovich at one time developed the domestic submachine gun PP-19 “Bizon”, equipped with an under-barrel auger magazine, as well as the long-awaited so-called large submachine gun PP-19-01 “Vityaz”, aka “Vityaz-SN” in a different version … On the basis of “Vityaz-SN” and was designed a modernized version of the submachine gun.

Earlier, a group led by the son of Mikhail Timofeevich Kalashnikov developed and put into production a whole family of domestic submachine guns, including the Bizon-2 model chambered for 9×18 mm and Bizon-2-01 chambered for 9×19 mm. On the basis of the latter, Viktor Mikhailovich’s group in 2004 created a new submachine gun “Vityaz-SN”, which was equipped with a box magazine designed for 30 rounds. 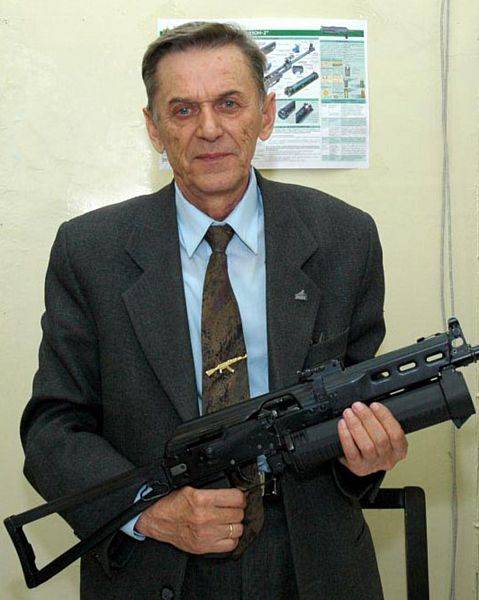 In 2005, the Vityaz-SN submachine gun chambered for the very common 9×19 mm Parabellum (Luger) pistol cartridge was officially adopted by the Russian Ministry of Internal Affairs. According to the press service of the Kalashnikov concern, this model of Izhevsk small arms is currently in service with the special forces of the Ministry of Internal Affairs of Russia, the FSO of Russia and the FSB of Russia.

Features of the submachine gun PPK-20

For the first time, a new Russian submachine gun PPK-20, developed by the Kalashnikov group of companies, was presented to the general public in 2020 as part of the Army-2020 international forum. When performing development work on the creation of a new model of small arms, the serially produced in Izhevsk submachine gun “Vityaz-SN” was taken as a basis.

The Vityaz-SN submachine gun (unlike the usual Vityaz) was based on the AK-105 assault rifle model. The very name “Vityaz” was given to the line of small arms in honor of the special purpose unit of the internal troops of Russia “Vityaz”, for which these submachine guns were developed at the Izhmash concern in due time. This weapon is designed to defeat manpower, as well as unarmored enemy equipment, primarily trucks and cars. 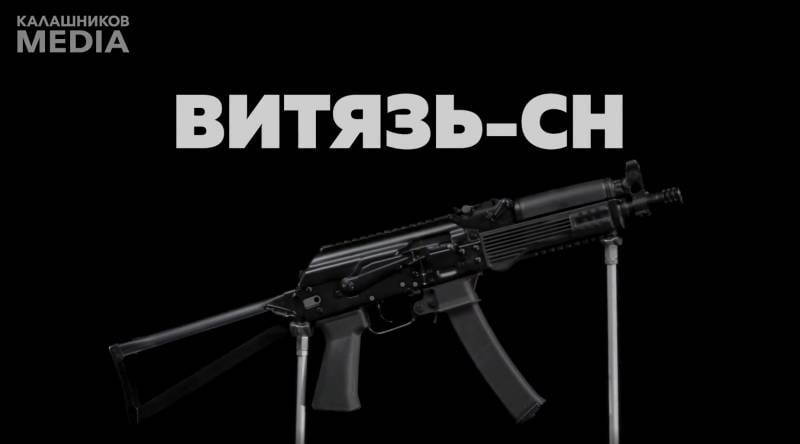 According to the Kalashnikov group of companies, during the development work on the creation of the PPK-20, the designers took into account all the comments identified during the serial production of the Vityaz-SN submachine guns. And the composition and design of the new product are brought in line with the requirements of the tactical and technical task.

It is emphasized that in PPK-20, the designers managed to significantly improve the ergonomics of the product, as well as the equipment attached to it. The reliability of the submachine gun has also been improved. In addition, a low-noise firing device was introduced into its composition.

Currently, the PPK-20 includes a belt with two-point and one-point fastening on the body of a submachine gun and a special bag made of material with a digital camouflage color. The bag is designed for the shooter to carry low-noise firing devices, magazines, fasteners, a gun oiler and other devices.

PPK-20 is equipped with a six-position folding telescopic butt, which folds to the left side. The pistol grip is ergonomic. In addition, an additional shelf appeared on the translator of fire modes, which should have a positive effect on the stability of firing from weapons. A long Picatinny rail is located on the receiver cover. In addition, the mounting strips can be installed from the bottom and from the side on the fore-end of the weapon, providing the convenience of attaching a multiple body kit.

A slotted flame arrester with a bayonet mount for a low-noise firing device is installed on the PPK-20. This connection should be familiar to all owners of modern SLR cameras. The bayonet connection is a quick connection of parts by axial movement and rotation of one of them relative to the other, so that the shooter can quickly install the muffler on the PPK-20. 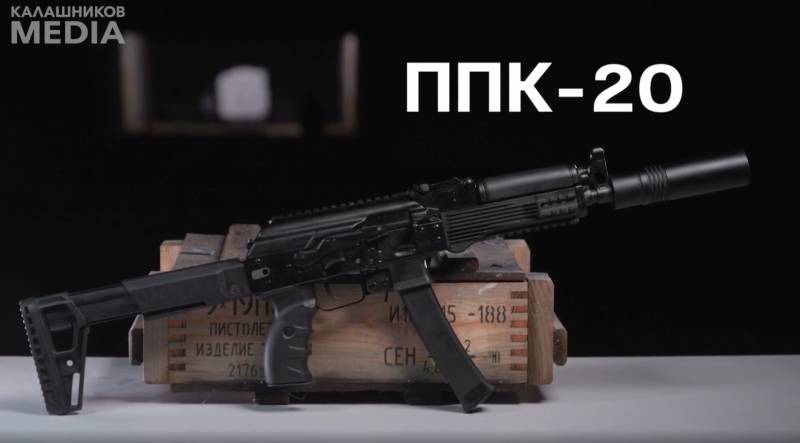 Not much information is known about the tactical and technical characteristics of the 9-mm PPK-20 submachine gun, but the Kalashnikov group of companies has already disclosed basic information. It is known that the total length of the novelty is from 640 to 700 mm, depending on the position of the butt. Barrel length PPK-20 is 233 mm. The type of ammunition used is 9×19 mm Parabellum cartridges, the capacity of the magazines used with the weapon is 30 rounds. Weapon weight – 3.65 kg. Apparently, this is the mass of the submachine gun already along with the cartridges.

Deliveries of the new 9mm PPK-20 submachine gun should begin as early as 2021.

On February 22, 2021, Dmitry Tarasov, CEO of the Kalashnikov group of companies, told reporters about this. According to him, there was no supply of a new submachine gun yet. Tarasov made his statement at the IDEX-2021 international arms exhibition held in the UAE.

Many experts and journalists (including foreign ones) believe that the novelty will not interest the military and is intended primarily for the police forces. At the same time, the resulting weapon is really relatively light and compact, which is achieved (including) through the use of pistol 9-mm cartridges. Also, thanks to the use of these ammunition, the PPK-20 boasts a relatively small recoil.

The Kalashnikov group emphasizes the fact that they have not only significantly changed the equipment of the model, but also took into account all the problems that previously existed with the release of Vityaz-SN submachine guns and could cause some difficulties, including during the operation of weapons … In the presentation videos, which are distributed by the arms concern, it is said that the PPK-20 has already passed state tests and was recognized as fully suitable for mass production. 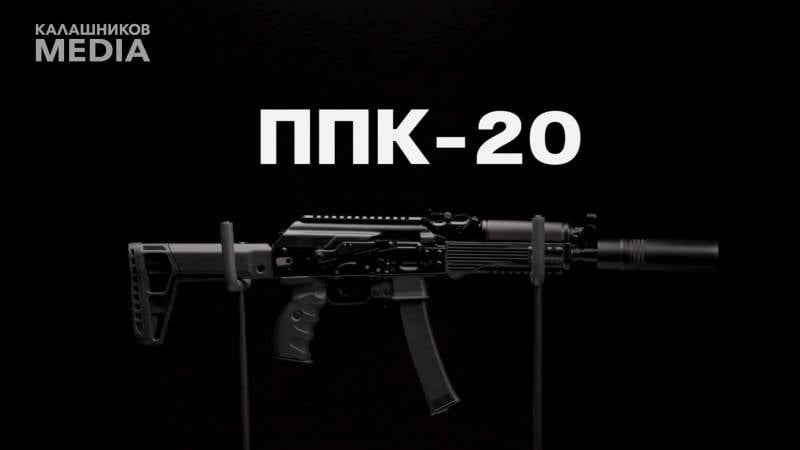 On July 22, 2020, the interdepartmental commission not only recognized the new product from Izhevsk as suitable for mass production, but also recommended that the weapon be named “9 mm Kalashnikov PPK-20 submachine gun” to perpetuate the memory of designer Viktor Kalashnikov.

There is a possibility that the new development of the Izhevsk gunsmiths will replace the Vityaz submachine guns. And it will also be used by employees of special units of the Ministry of Internal Affairs of Russia, the FSB of Russia and the FSO of Russia.

At the same time, at the moment, nothing is known about the export plans for the PPK-20 model, although the novelty from Udmurtia has already been presented at the international arms exhibition IDEX 2021. The very presentation of the PPK-20 in the United Arab Emirates is undoubtedly evidence that Kalashnikov »Is considering the possibility of selling these small arms to foreign clients.

So far, there is no information on the development of a civilian version of the 9mm PPK-20 submachine gun or its predecessors.

In the absence of a civilian version of the weapon, the only and quite successful opportunity to somehow get to know the PPK-20 is only the American version of the Kalashnikov assault rifle under the designation KR-9 SBR, chambered for the same 9×19 mm cartridge.

Weapons with a magazine for 30 rounds are produced in the United States in various designs and are available to buyers at a price of 1059 dollars.