In the 50s and 70s of the last century, the engineering thought of car manufacturers was distinguished by a genuine creative flight. The cold war raged in the world, and this provided considerable investment in defense development.

The technical revolution that swept the armies of the world after World War II required non-trivial engineering solutions in the field of transport. The second engine of progress was low prices for fossil hydrocarbons. Together with the lack of environmental standards, extremely voracious multi-ton monsters went into production.

In the Soviet Union, the Special Design Bureau of the Moscow ZIL and the Belarusian MAZ were responsible for all the most progressive in the military automotive industry. The first company was headed by the legendary Vitaly Grachev, and the Minsk SKB was headed by no less eminent Boris Shaposhnik. Naturally, one should not forget about the unique developments of the capital NAMI, a considerable part of which was occupied by defense vehicles. 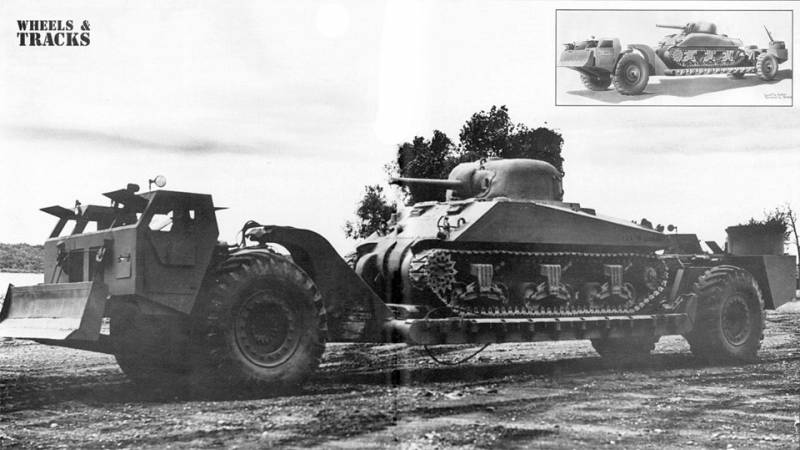 Overseas also did not sit idly by. And in many ways they set the tone for the world military automotive industry. The status of the No. 1 automobile power required conformity.

In all the variety of military equipment, a special place is occupied by the machine of the now little-known company LeTourneau.

The company was founded in 1919 by Robert Gilmour LeTourneau and from the very beginning focused on gigantic dimensions. The office became famous for the supplies to the American army of the LeTourneau T4 tank carriers with an articulated frame. The first vehicles appeared in the military in 1944 and they were mainly engaged in the transportation of M4 tanks. 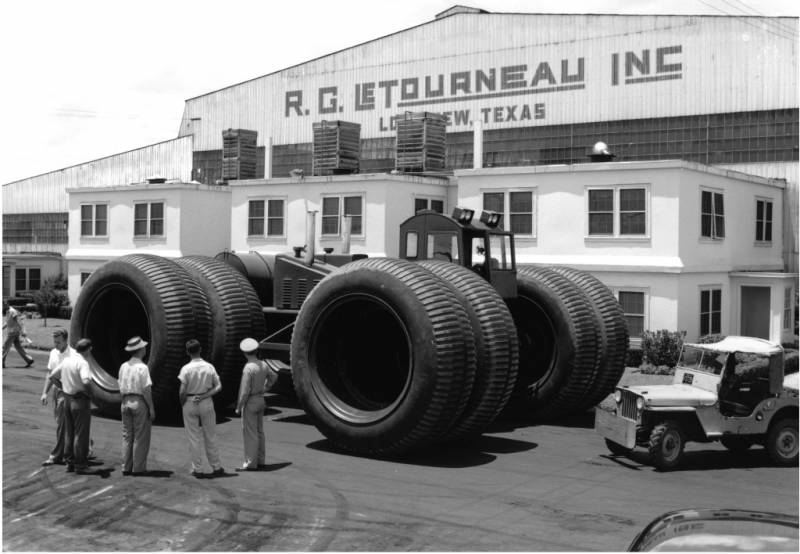 In 1953, LeTourneau was renamed RG LeTourneau-Westinghouse due to the merger with WABCO. In 1954, the renewed firm receives an order for a snowmobile for a US military base in Antarctica.

As a result, a unique 21-ton 400-horsepower Sno-Buggy TC264 with an electric transmission is sent to the army. The two-axle vehicle was equipped with eight dual low-pressure wheels. The giant hubs housed in-house motor-wheels. 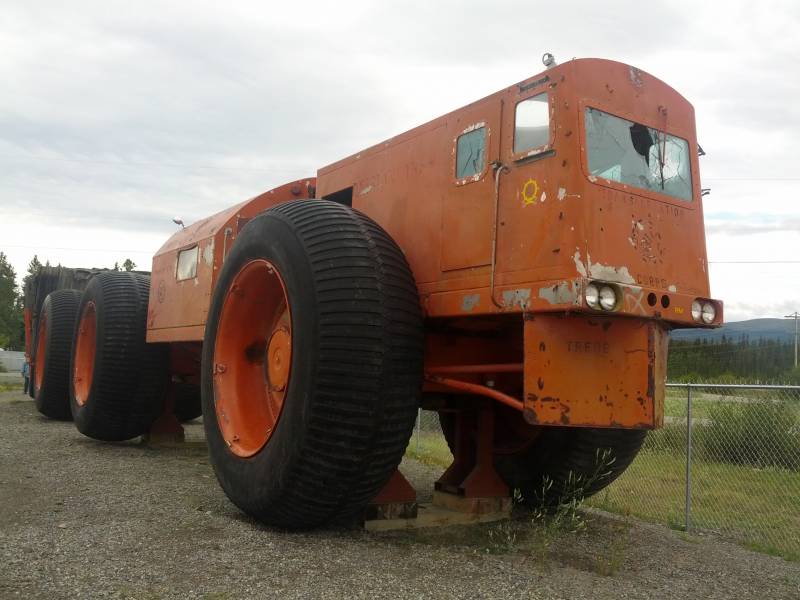 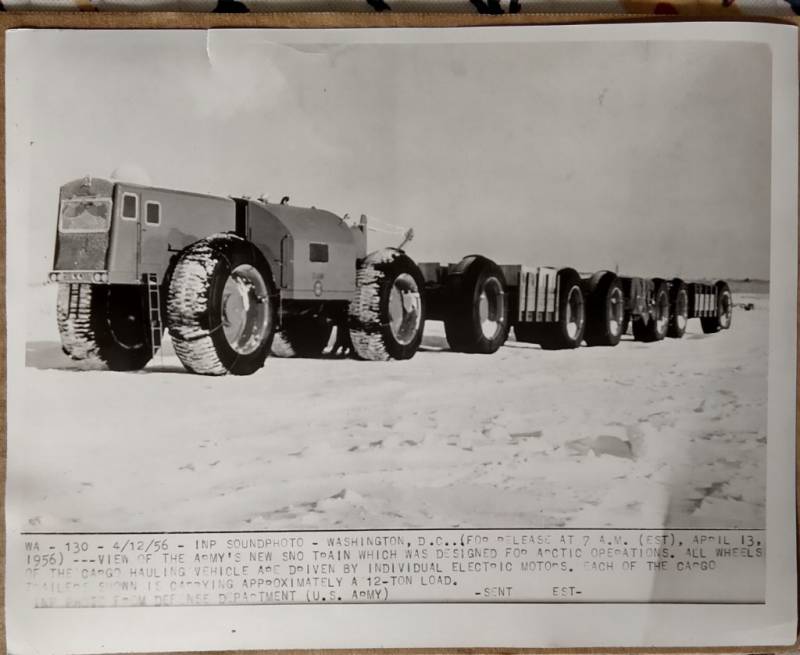 “Snow Train” Sno-Train LCC1 for the needs of the US Army. Source: overlandtrains.com

Inspired by the snow buggy, in 1955 LeTourneau built the Sno-Train LCC1 snow train with three trailers and a carrying capacity of 45 tons. The only vehicle successfully operated at American military installations in Greenland until 1962. The scheme of a land train for ice and sandy deserts was as follows: the “locomotive” housed a 600-horsepower Cummins diesel generator, feeding the motor-wheel on active trailers via power cables. Later, this logic was scaled to other projects of the firm. 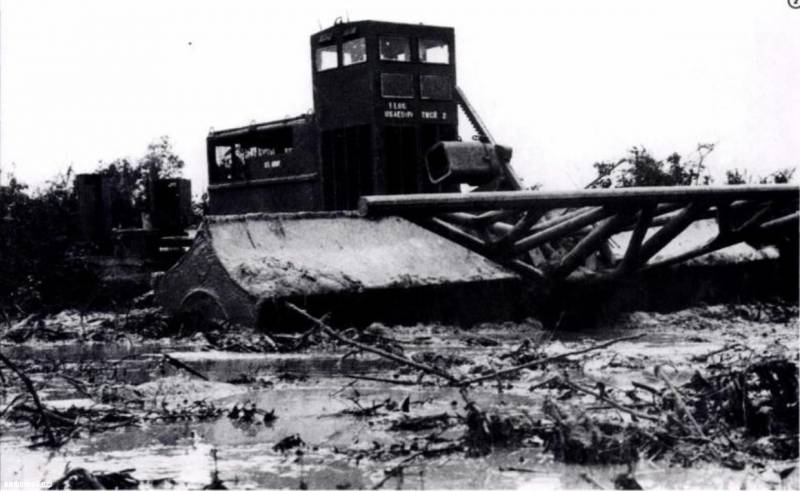 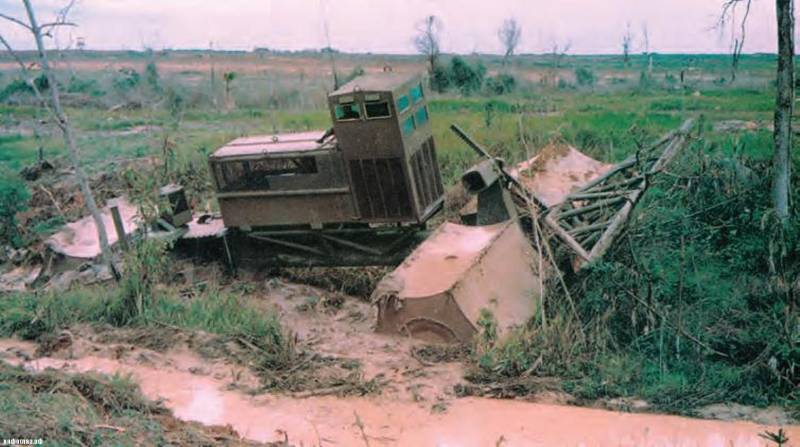 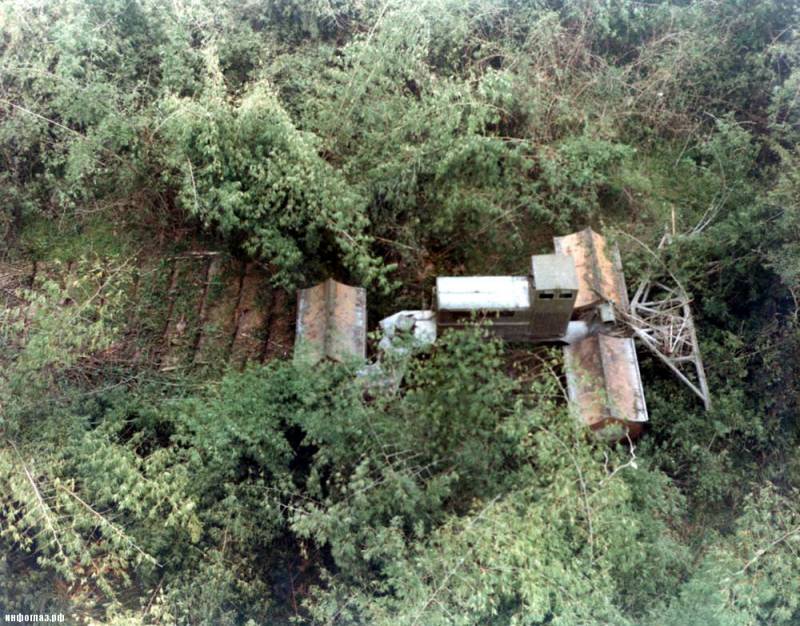 Before moving on to the main character of the story – the monstrous LeTourneau TC-497, it is worth mentioning the “tactical floating crusher” Transphibian Tactical Crusher.

The main task of this 95-ton armored combine was to make passages for the American infantry in the Vietnamese jungle. The monster rested on the ground with three hollow steel drums, providing buoyancy to the structure.

3.7-meter drums with built-in electric motors broke and chopped Vietnamese wood, freeing a many-meter clearing in the forest for soldiers and equipment. It is known about two built machines, differing in the design of the drum-crushers. This development alone would have been enough for LeTourneau to enter the global automotive exotic hall of fame.

By the late 1950s, the American army needed a vehicle capable of moving several hundred tons of cargo in a nuclear apocalypse. It was assumed that the Soviet Union with a series of several strikes paralyzes the railway communication in strategic directions.

The solution seemed to be found in the construction of a giant land train on low-pressure tires. Moving along a pre-planned route, such monsters had to provide post-nuclear logistics for some time. The project was named OTTER (Overland Train Terrain Evaluation Research) and the basic requirements for the car were formulated by 1958. 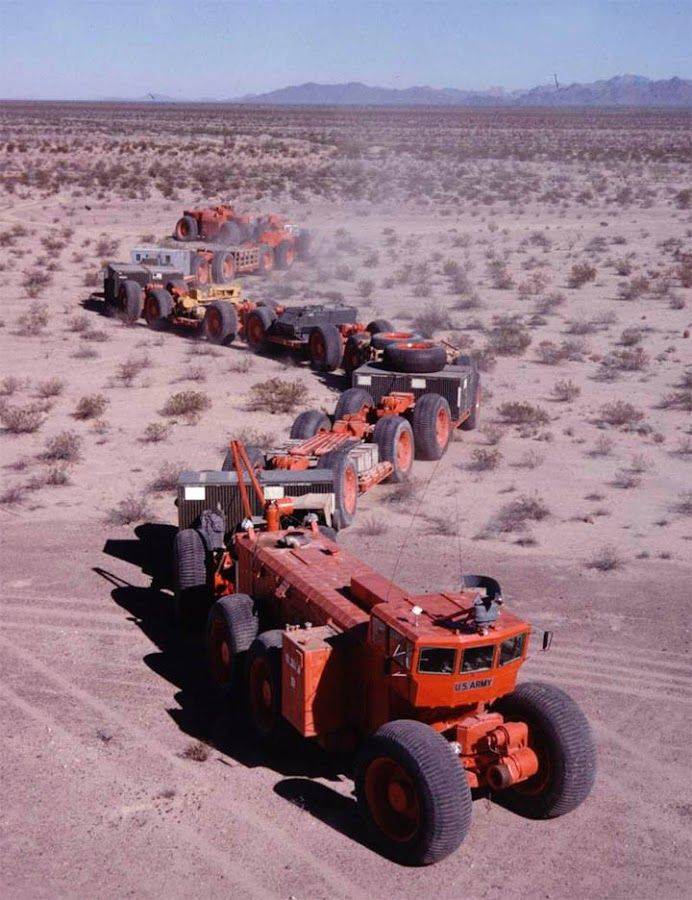 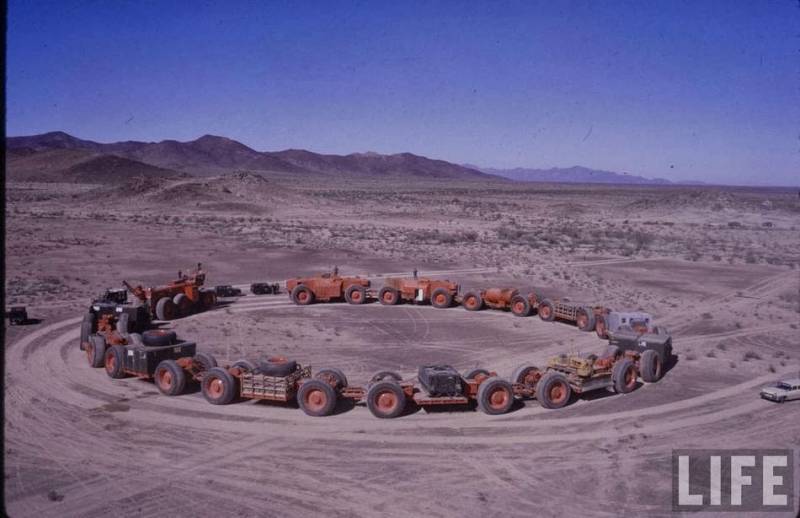 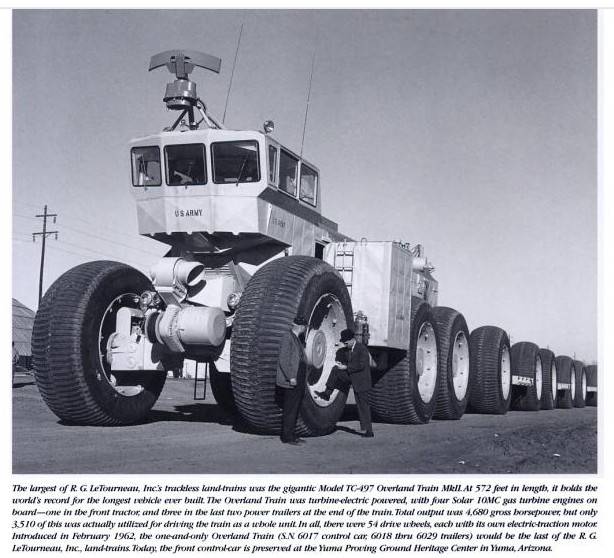 It should be noted that the idea, which now seems absurd, was not new. By that time, LeTourneau had already developed and tested a similar “caterpillar”, only as a timber carrier. The VC-12 Tournatrain was built in 1953 according to a proven scheme with two Cummins V-12 diesel generators (1,000 hp in total) and 32 motor-wheels.

The developers even managed to solve the main problem of handling such a long and flexible structure when cornering. A sophisticated electronic system at a strictly defined time turned the wheels of the trailers, allowing the train to perform a snake and ride in a circle.

Despite this, the car did not receive distribution, as it was extremely clumsy in urban conditions. 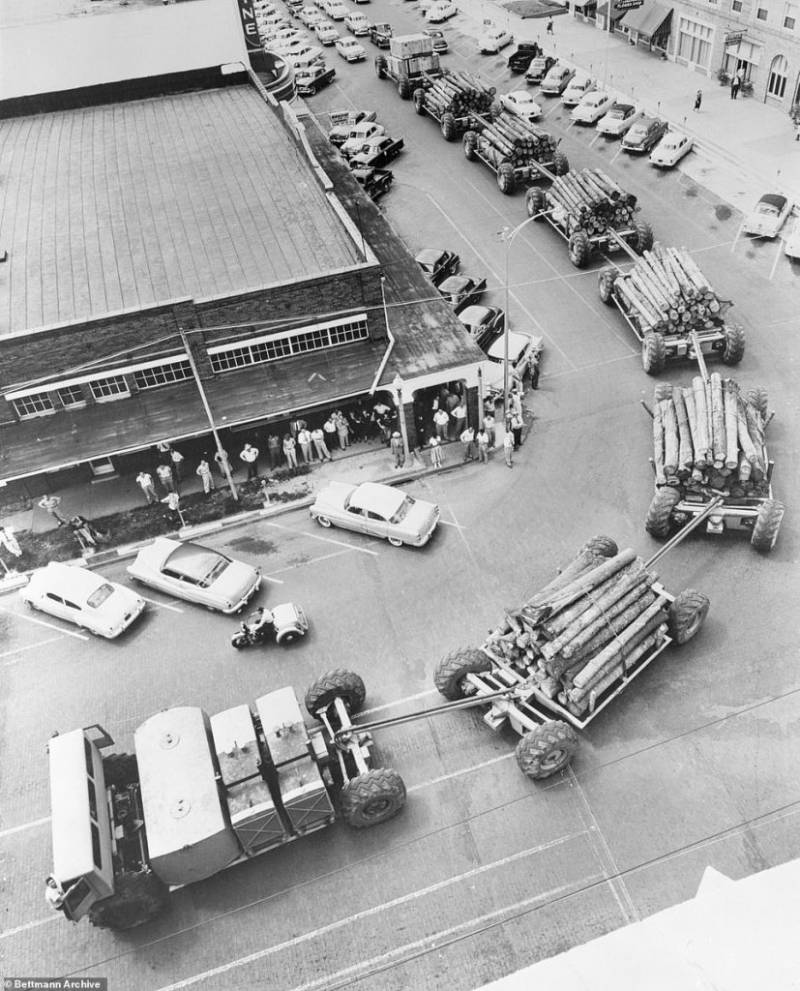 In military performance, the land train was named LeTourneau TC-497 Mark II and was much larger than its forest ancestor. The maximum length was about 200 meters, and the curb weight was more than 450 tons, of which 150 were payload.

It is still the longest overland road train in the world. And very big – the height of the head car with the cockpit was more than 9 meters! The record cost was also $ 3.7 million, which was astronomical for a vehicle for the late 50s.

Diesel engines were hardly suitable for such a colossus – the installation of oversized marine engines was required, and this was unacceptable for land equipment. Gas turbine Solar 10MC with a capacity of 1170 liters turned out to be quite compact. from. each, which in the amount of four pieces were installed in the head “locomotive” and three intermediate trailers. As usual, engines with a total capacity of under 5 thousand liters. from. generated electricity transmitted to 54 wheel motors.

For each trailer, the front pair of wheels was steerable, which allowed the centipede, through a sophisticated electronic system, to avoid obstacles, move in an arc, a snake and in a circle. By the way, the diameter of each wheel was 3.5 meters.

The choice of low-pressure tires was not accidental – this was the only way to achieve the necessary ground pressure of the car, which weighed in total under 450 tons.

All this suggests that the main elements of the TC-497 were sand and snow. The crew consisted of six people, for whom all the amenities were provided – a galley, toilet, laundry and rest rooms. Engineers even managed to install a locator on the roof of the head vehicle. The very design of the train was modular and, theoretically, allowed the monster to stretch for several kilometers. 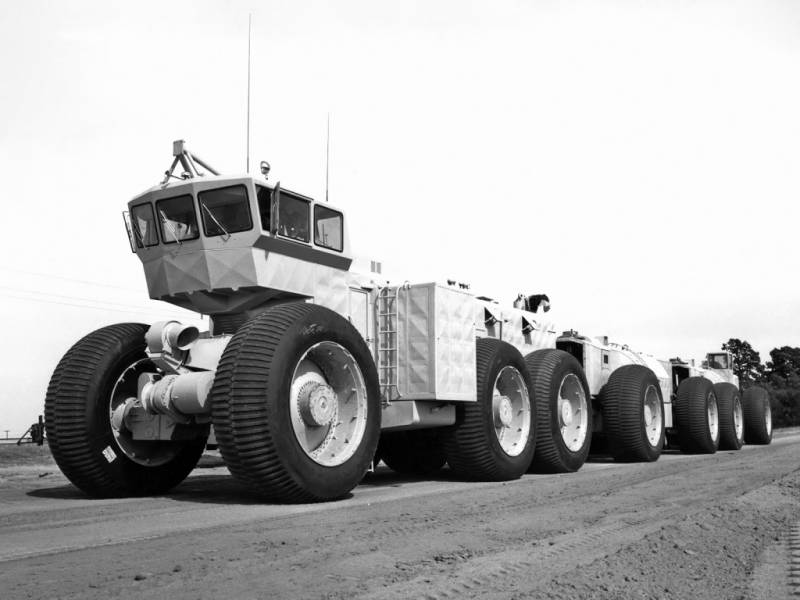 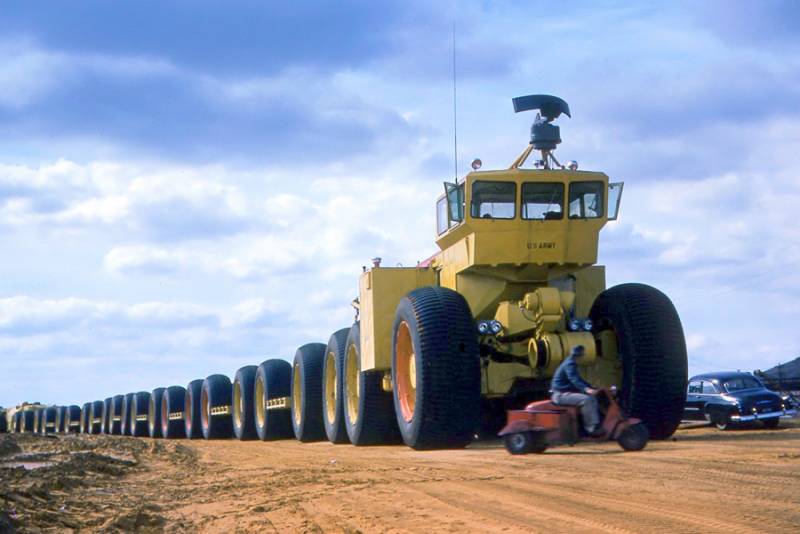 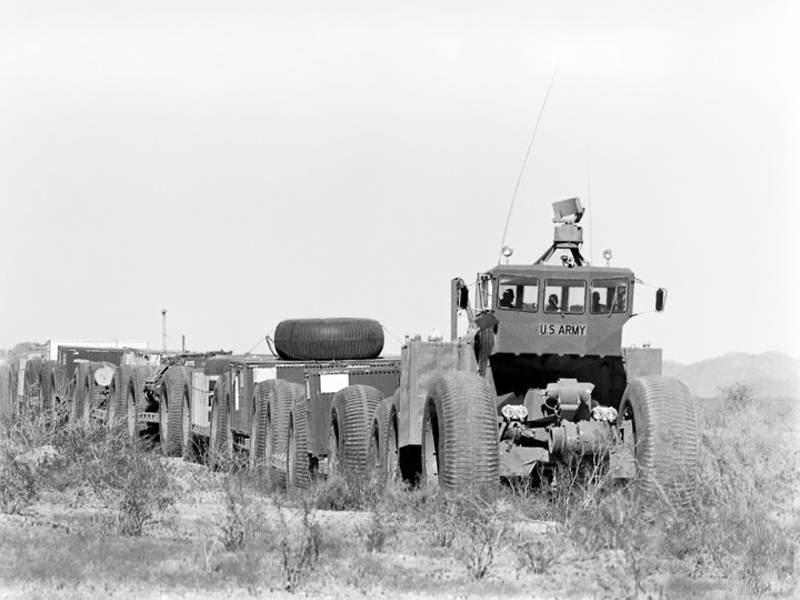 The first and, as it turned out, the only LeTourneau TC-497 went for trials in red livery in February 1962 at the Yuma proving ground in Arizona. The whole thing, of course, was in an atmosphere of strict secrecy. With a full refueling, the road train was able to travel up to 650 km in a desert climate. It was easy to increase the range of the vehicle – just a few trailers with fuel were enough.

The maximum speed during the tests was recorded within 35 km / h. The land train for the Doomsday withstood the test of the desert with dignity. And at LeTourneau they were waiting for the decision to enter service.

Ten to twelve CH-54 Tarhe were capable of carrying cargo that required one giant LeTourneau TC-497. It was also much faster, and it didn’t have to be so carefully planned. 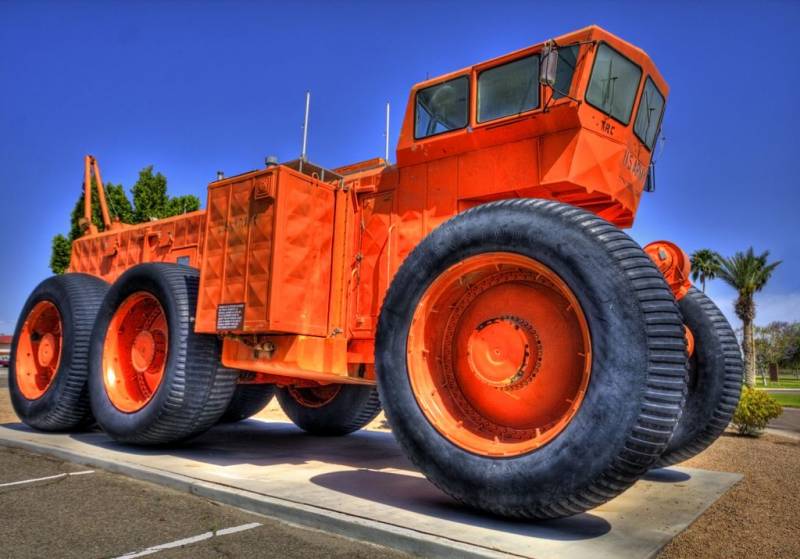 Six years after testing its record-breaking model, the LeTourneau military unit closed. And the six-wheeled head section of the mega-train now serves as a monument at the Yuma test site.

And no one really knows where the unique trailers have gone.