The Israeli tank “Merkava” (war chariot) is considered one of the best tanks in the world and even entered the symbolic top ten tanks in the entire history of their creation, taking the honorable ninth place there. During the production of this tank, four main modifications were created: up to the “Merkava Mk.4”, but the “Merkava Mk.5” will no longer be created, the series ended on the fourth model. Instead, Israel is developing a fundamentally new tank with improved fire and defense characteristics, maneuverability and greater speed.

The development of the Merkava tank started in 1970, and the reason for this was Britain’s refusal to supply Israel with a batch of Chieftain Mk.1 tanks. After this refusal, the Israeli government set the task of starting the development of a domestic tank. The design work was headed by Major General Israel Tal, who is a combat officer, a participant in all the Arab-Israeli wars, and not a design engineer. The first prototypes of the new tank appeared already in 1974, and in 1979 the first four Merkava Mk.1 main battle tanks entered service with the Israel Defense Forces. 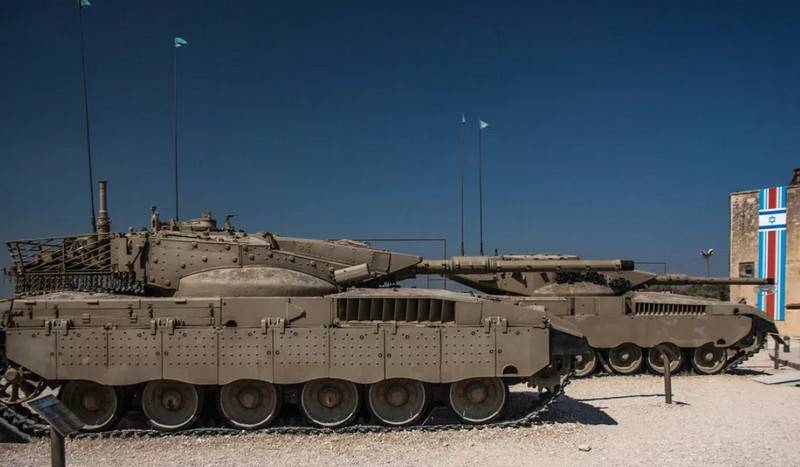 The first model of the Israeli tank “Merkava Mk.1” entered service with the Israel Defense Forces in 1979. The design of the tank was based on the desire of the designers to provide maximum protection and survivability of the crew. In this regard, the “Merkava” differs from classic tanks. It has an increased combat weight in comparison with comparable MBT models and an unusual layout: the engine and transmission are located in the bow of the hull. At the same time, the location of the engine in front made it possible to free up a significant amount of space in the rear of the vehicle, where it was possible to provide a hole for an emergency exit from the tank or for the evacuation of tankers from a wrecked vehicle. The feed contains potentially hazardous flammable liquids: fuel and oil.

The tank was equipped with a turret with a 105 mm M68 rifled cannon, stabilized in two planes, produced in Israel under an American license. The ammunition load of the gun is 62 rounds and is located in the rear of the fighting compartment in fire-resistant containers. Additional armament is a 7.62 mm machine gun paired with a cannon, two 7.62 mm FN MAG machine guns on the turret, and a 60 mm mortar.

Crew – 4 people, to the right of the gun are the commander and gunner, to the left – the loader. Engine V-shaped four-stroke air-cooled turbocharged diesel engine with a capacity of 910 hp. Speed ​​- 60 km / h.

A total of 250 Merkava Mk.1 tanks were produced (according to other sources – 330), most of them were upgraded to the level of Merkava Mk.2. 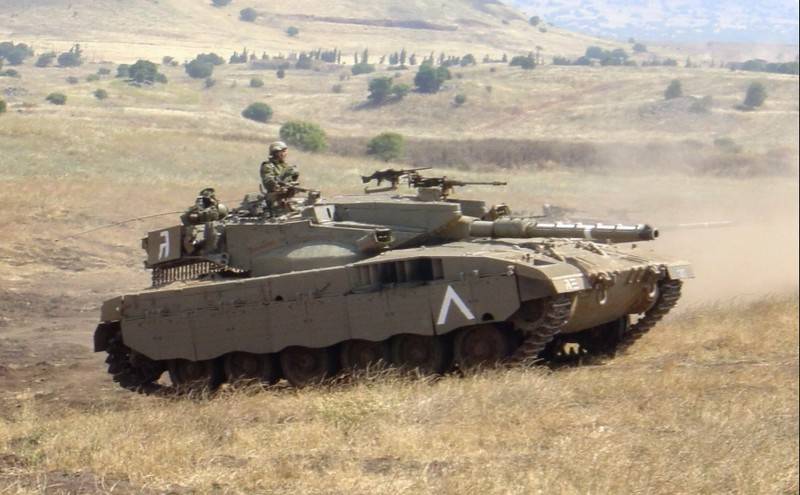 In 1983, the next version of the Merkava Mk.2 tank appeared, based on the experience of the 1982 Israeli-Lebanese war. On the tank, the armor was increased and the maneuverability was improved. The turret armor was reinforced with overhead shields with combined armor. As an anti-cumulative agent, chains with balls suspended in the lower part of the stern of the tower were used. At the stern of the hull, baskets for property are hung, also serving as anti-cumulative screens. The mortar was moved from the roof to the inside of the tower. Blocks of CL-3030 smoke grenade launchers were installed on the vehicle, one on each side of the turret.

The tank received a new FCS Matador Mk.2, consisting of a complex of observation devices, a two-plane stabilizer with an electrohydraulic drive, an electronic ballistic computer and a laser sight-rangefinder. Two laser alarm sensors were installed. The armament of the tank did not change.

The engine of the tank remained the same, but the transmission was replaced with a more efficient Israeli design.

In October 1984, the first Merkava Mk.2B tanks were manufactured with an improved MSA (a thermal imager was added to it) and reinforced turret roof armor. 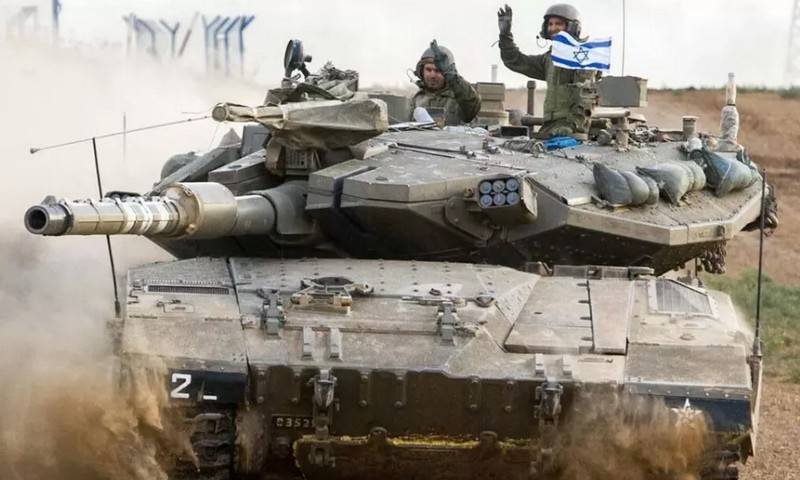 Serial production of the next version of the MBT “Merkava” Mk.3 started in 1990. The main difference from previous versions was the replacement of the main tank gun. Instead of a 105 mm cannon, as in previous models, the Mk.3 received a 120 mm smoothbore gun. The MG251 cannon was developed by Israel Military Industries. With the change in the caliber of the gun, the tank’s ammunition was accordingly reduced, which amounted to 46 shots.

The tank’s security was increased by using modular armor protection for the hull and turret, the modules of which were bolted to the front and side surfaces of the main structure of the hull and turret. The tank was equipped with a laser warning system LWS-2, which includes three wide-angle sensors that recorded the laser beam from enemy equipment, and a control panel.

The tank received a new FCS Matador Mk.3 with a stabilized combined (day and night) gunner’s sight with a built-in laser rangefinder, an electronic ballistic computer and sensors of firing conditions. The fire control system is coupled with a two-plane gun stabilizer.

The engine was replaced on Mk.3. Instead of a 900-horsepower, a forced up to 1200 hp was installed. with. an air-cooled diesel engine in a single unit with a transmission similar to that installed on the Merkava Mk.2. 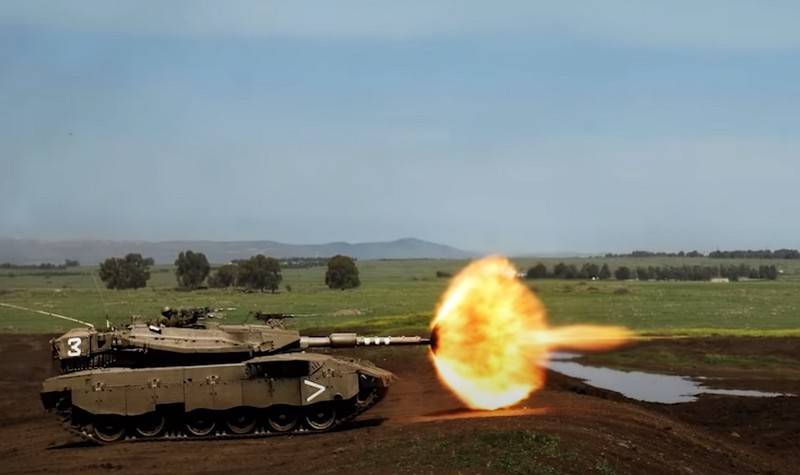 In the early 2000s, the fourth version of the Merkava Mk.4 tank appeared in Israel, based on the operating experience of all three previous models. The first prototypes were sent to the troops for testing in 1999-2001, and they were shown to the public on June 24, 2002.

The layout of the Mk 4 tank is identical to the previous versions of the Merkava tanks. The turret roof has only the commander’s hatch, the loader’s hatch has been removed to enhance the protection of the turret top. The control compartment is located on the left in front of the tower. The tank’s protection is also reinforced with armor protection modules, and there is also a Trophy active protection complex.

The tank received an improved version of the 120mm smoothbore cannon installed on the MK.3, developed by IMI (Israel Military Industries). The gun is equipped with new compressed gas recoil devices and an insulating barrel casing developed by Vidco Industries. The gun allows the use of new, more effective projectiles, as well as LAHAT guided missiles with a semi-active laser guidance system. A special semi-automatic loading system allows the loader to select the desired type of ammunition to hit the target. The semiautomatic loader contains 10 shots. The tank has 46 rounds of ammunition.

Elbit has developed a tank information management system (TIUS) for the “Merkava” Mk.4. It collects information from electrical and optical sensors, navigation equipment and communications, which are reflected on a color display. 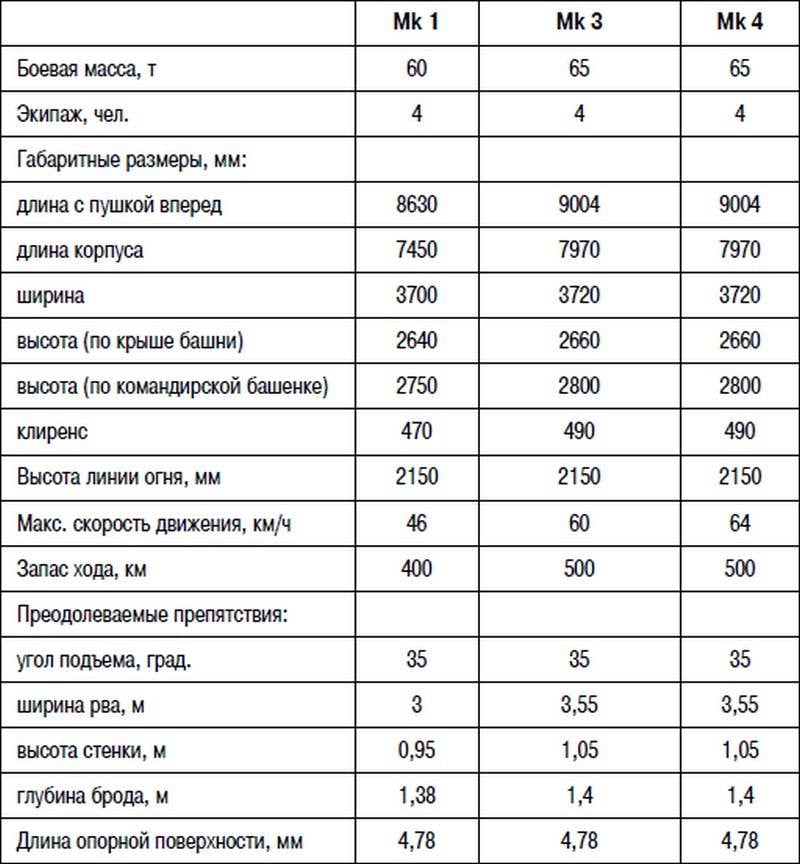 Until 2014, the Merkava was only in service with the Israel Defense Forces, and the export of the tank was banned due to fears that its design would be studied by Arab intelligence services. In 2014, the first export contract was signed for the supply of Merkava Mk.4 tanks to Singapore. However, while there was no official information that Israeli tanks were put into service with the Singapore army.