The military-industrial complex of Russia remains one of the most competitive in the Russian economy, having retained a good start in a number of areas since the days of the USSR. Russian military equipment and weapons (especially aircraft and air defense systems) are still in great demand in the world. And in the military-industrial complex itself, about two million people work within the country.

In recent years, the large-scale program of rearmament of the GPV-2020 army has been of great help to the Russian military-industrial complex, for which a total of about 23 trillion rubles has been allocated.

2020 is the last year of a large-scale and very ambitious army rearmament program.

For 2010, the share of modern weapons and military equipment in the troops was quite modest. If in the strategic nuclear forces this figure was about 20 percent, then for combined arms equipment and general-purpose forces it was at the level of 10-15 percent.

In the armies of leading foreign countries in the same period, the share of new military equipment ranged from 30 to 50 percent.

By 2020, within the framework of the State Arms Program 2011–2020, the rate of equipping the Russian armed forces with new equipment had to be increased to 70 percent. These targets make it possible to call GPV-2020 an unprecedented program of rearmament of the army in the entire post-Soviet history of our country.

The result of the program, which could have spent about 23 trillion rubles in total, was the achievement of the set targets. This made GPV-2020 one of the few fully implemented state programs in recent years.

By the end of 2020, the share of modern weapons, military and special equipment in the Armed Forces of the Russian Federation has indeed been brought to 70 percent. By this indicator, we are bypassing many armies of the world.

At the same time, the process of acquiring modern systems and weapons will continue. The achieved indicators are planned to be maintained and improved in the future.

During the implementation of the program, the Russian armed forces received: 109 Yars ICBMs, 4 strategic nuclear submarines of the Borey project and 108 new ballistic missiles for submarines, 161 surface ships, 17 modern anti-ship missile systems Bastion and Ball ”, more than a thousand modern combat aircraft and helicopters, as well as more than 3.5 thousand units of various modern armored vehicles. 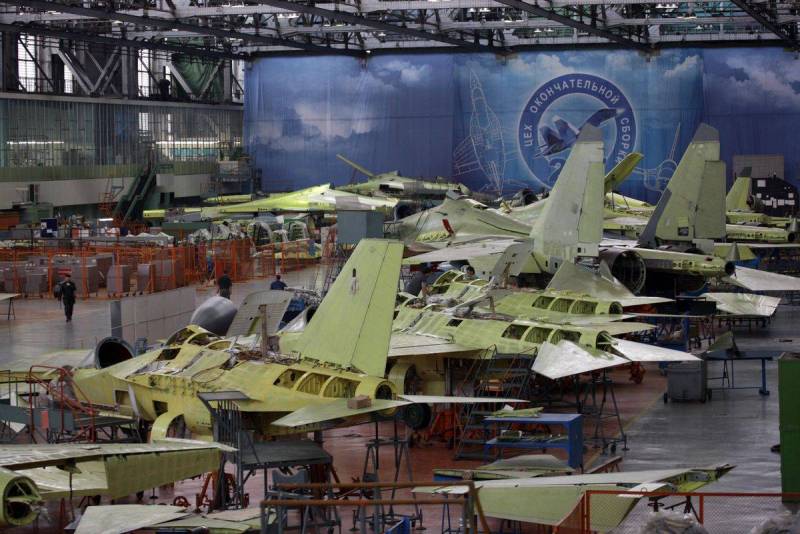 In the Aerospace Forces, at the beginning of 2020, the level of modern weapons reached 75 percent, in the Navy and Airborne Forces – exceeded 63 percent, in the ground forces – 50 percent. The level of equipping troops with modern command and control facilities has reached 67 percent.

All these indicators are planned to be improved. By the end of 2024, the level of equipping the army and navy with modern weapons is planned to be increased to 75.9%.

In 2020, as part of the Strategic Missile Forces, more than 95% of the launchers were kept in a state of constant combat readiness.

According to the military department, in 2020, the troops were to receive three missile regiments re-equipped with new Yars mobile missile systems. In an interview with TASS, the commander of the Strategic Missile Forces Sergei Karakaev spoke about the delivery of 22 new launchers with Yars ballistic missiles and the Avangard hypersonic unit to the troops.

The process of re-equipping the first regiment in the Strategic Missile Forces with one of the most modern Russian military developments of recent times was continued in 2020.

The Avangard missile system with hypersonic gliding winged units consists of a launch vehicle and the hypersonic winged unit itself. The speed of this unit can reach Mach 28 (approximately corresponds to the speed of 7.5 km / s), which makes it invulnerable to the missile defense systems of a potential enemy. 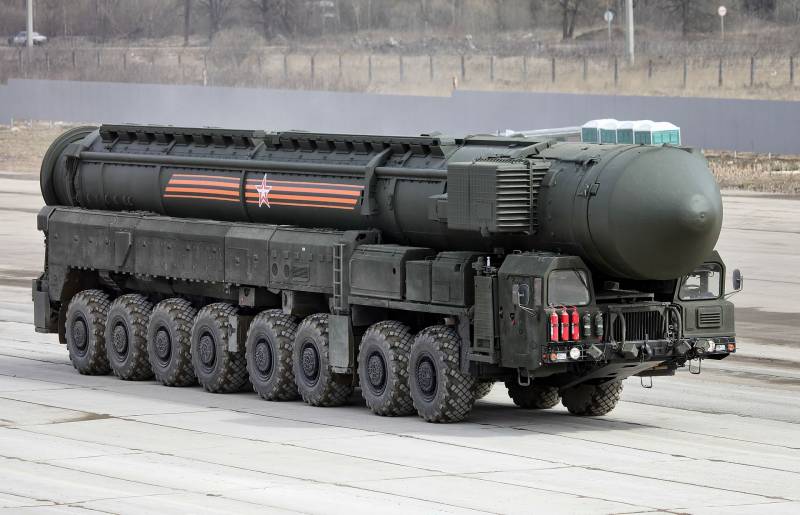 Also, the composition of the Russian nuclear triad in 2020 was replenished with at least five modernized strategic bombers-missile carriers Tu-95MSM.

In the course of a large-scale modernization for a new armament complex with the installation of a new avionics, updated engines and blades, flight and navigation equipment and communication systems, the combat capabilities of the aircraft were approximately doubled.

The first strategic nuclear submarine under the updated project 955A Borey-A has been added to the naval nuclear triad. The submarine “Prince Vladimir” was included in the fleet on June 12, 2020. The modernized submarine differs from the three already in service submarines of the project 955 “Borey” in improved performance of noise, maneuverability, weapon control and retention at depth.

In total, the Russian Aerospace Forces were to be replenished with 106 new and modernized aircraft by the end of 2020. Including military pilots received more than 20 highly maneuverable multi-functional fighters of the 4 ++ Su-35S generation and about the same number of Su-30SM fighters.

At the end of 2020, the Aerospace Forces received the first serial Russian fifth-generation fighter, the Su-57.

According to RIA Novosti, the first serial combat aircraft of the next generation is currently at the Valery Chkalov State Flight Test Center in Akhtubinsk, located in the Astrakhan region.

According to the information agency, the first serial Su-57 will enter service with one of the aviation regiments of the Southern Military District.

According to the current contracts, the Russian Aerospace Forces should receive a total of 22 fifth-generation fighters by the end of 2024, and in total, by 2028, the number of serial Su-57s in the army is planned to be increased to 76 aircraft. Earlier, these plans were voiced by Russian President Vladimir Putin. 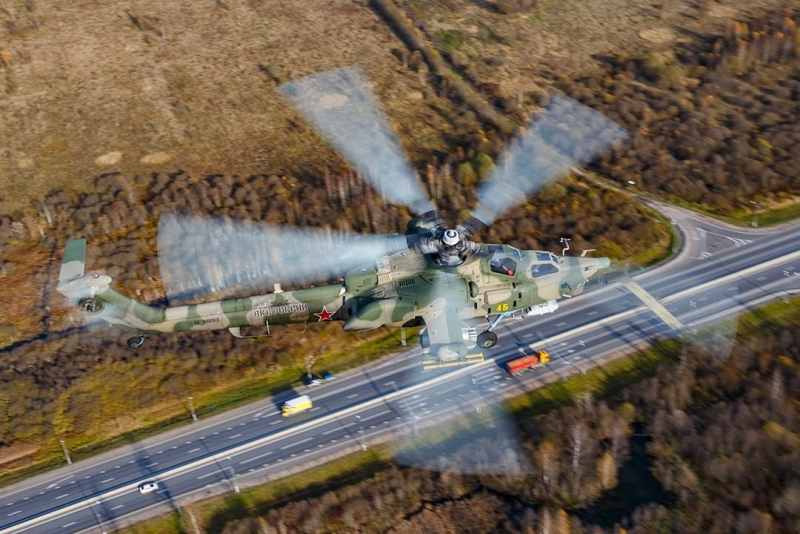 In the coming years, the Russian military-industrial complex will be loaded with deliveries of military aircraft and helicopters, including the Ka-52 attack aircraft.

Earlier, the Ministry of Defense of the Russian Federation planned to conclude a contract for the supply of more than 100 Ka-52 Alligator helicopters to the troops by 2027.

In parallel with this, the Russian Helicopters holding company is developing an improved version of this combat vehicle, which will be designated the Ka-52M.

It is planned to complete work on the upgraded helicopter in 2022.

In 2020, the Russian ground forces received from the military-industrial complex enterprises more than 3.5 thousand new and modernized models of military equipment, including 220 tanks and more than 1.5 thousand different vehicles. This is reported by the newspaper “Gazeta.ru”.

The supply of modernized T-72B3M tanks (modernization in 2016) continues to the troops. In 2020, the industry transferred more than 100 such vehicles to the military. They are distinguished by new-generation modular ERA systems and a powerful diesel engine developing 1,130 hp. with.

The prospects of the military-industrial complex are connected, first of all, with the supply of new combat vehicles to the troops, built on the basis of the heavy tracked platform “Armata”, as well as on the new wheeled platform “Boomerang”. In addition to new types of equipment, the military-industrial complex is actively working on the modernization of existing models of weapons.

In 2020, the military received the BMP-2M with the Berezhok combat module and the new BMP-3 with an uninhabited Epoch combat module. In addition, more than 400 armored personnel carriers BTR-82A and BTR-82AM were delivered.

At the end of 2020, the airborne forces received from the Russian industry more than 40 new BMD-4M and armored personnel carriers BTR-MDM “Rakushka”. 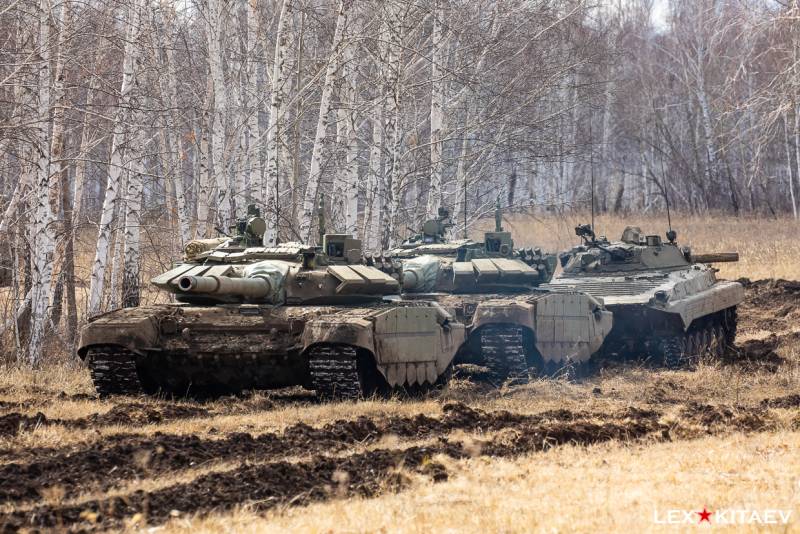 The rearmament of the army with new small arms also presents great prospects for the domestic defense-industrial complex.

At the same time, by the end of 2020, the Russian Navy received 29 ships, boats and submarines. Sergei Shoigu told reporters about this. Speaking at the final collegium of the Ministry of Defense, the Minister of Defense of the country specified that by the end of 2020, the fleet received from the industry two new submarines, 7 surface ships, 10 combat boats and 10 boats and support vessels.

By the end of the year, apparently, it was not possible to accept into the fleet a new nuclear submarine with cruise missiles of project 855M “Yasen-M”. Probably, the boat of this project, named “Kazan”, will become part of the fleet already in 2021.

In the future, these submarines can become carriers of the Zircon hypersonic missiles. According to information from open sources, this anti-ship missile will be able to reach a speed of Mach 8, which makes it the fastest anti-ship missile in Russia.

Currently, the Russian military-industrial complex is loaded with work on the construction of project 855M submarines. There are 5 such submarines in various stages of work. At the same time, a contract was signed in 2019 for the supply of two more similar nuclear submarines. 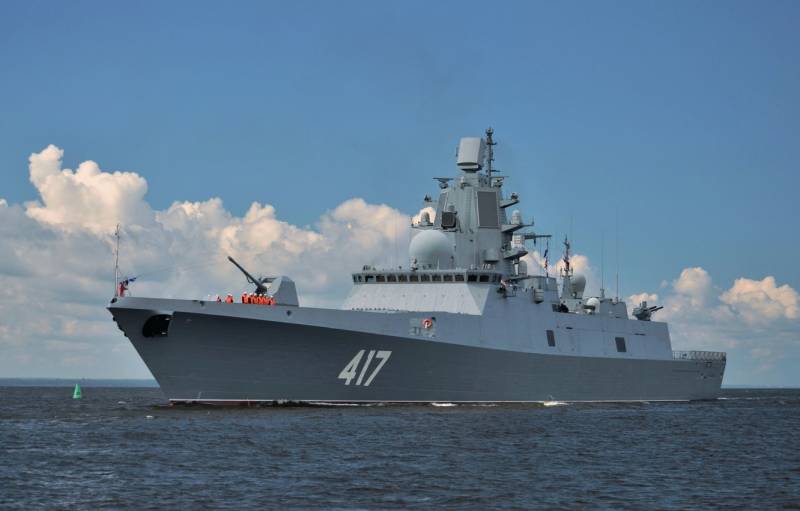 Project 22350 frigate “Admiral of the Fleet of the Soviet Union Gorshkov”.

In general, it can be noted that the Russian military shipbuilding has reached record numbers for the modern history of Russia. For the first time, 22 ships of the far sea zone were simultaneously built for the needs of the Navy in the country. This was reported by the TASS agency.

In 2020, the fleet received two serial frigates of project 22350 of the distant sea and ocean zone “Admiral Kasatonov” and “Admiral of the Fleet of the Soviet Union Gorshkov”. The total displacement of these ships reaches 5400 tons.

Russia fulfills the plan for the export of weapons

Traditionally, an important component of the work of the Russian defense industry and the entire economy of the country is the export of arms and military equipment.

On Monday, December 28, Russian Deputy Prime Minister Yuri Borisov announced that in 2020 our country has fulfilled all its obligations under the concluded contracts for the export of arms and military equipment. According to a senior official, the process of forming new contracts for the Russian defense industry is ongoing.

In terms of money, the situation here is quite stable. The Russian Federation traditionally operates with a portfolio of military export contracts in the range of $ 45-55 billion. And the volume of annual revenue on the arms market in recent years has always been at the level of $ 14 to 15 billion. This was told by Yuri Borisov.

At the same time, in the coming years, the market will see a decline in interest in weapons and military equipment, which will also affect Russia.

Over the next two years, military spending worldwide is projected to decline by 8 percent, and global military exports by 4 percent. Deputy Minister of Defense of the Russian Federation Alexander Fomin told about this to the journalists of Rossiyskaya Gazeta.

The coronavirus pandemic has dealt a blow to the global economy and individual countries, including the main Russian partners in the field of military-technical cooperation, which in recent years have been Algeria, Egypt and India.

According to expert estimates, the world arms market will return to pre-crisis levels and growth rates only by 2023.