In recent years, the Turkish defense industry has shown its potential in the field of unmanned aerial vehicles. Several samples of such equipment of different classes have been created, put into service and brought to the international market. UAVs are being developed independently, incl. with the use of foreign components, and ready-made samples are purchased. Consider the main features of Turkey’s modern unmanned air fleet.

Samples and their quantity

According to open data, all types of the Turkish armed forces have UAVs of different classes and types. Such equipment is used in varying quantities by the ground forces, the air and naval forces, as well as the gendarmerie. The number and composition of UAV groupings are determined in accordance with the tasks and needs of each component of the armed forces. At the same time, the main attention is paid to the development of the medium and heavy directions, and more recently, loitering ammunition has been entering service.

According to the IISS reference book The Military Balance, at the beginning of 2020, the army aviation had the largest UAV “fleet”. Its main element is 33 Bayraktar TB2 medium drones, manufactured by our own enterprises in recent years. There were an unspecified number of heavy Falcon 600 / Firebee, medium CL-89 and Gnat, and light Harpy – all foreign made. 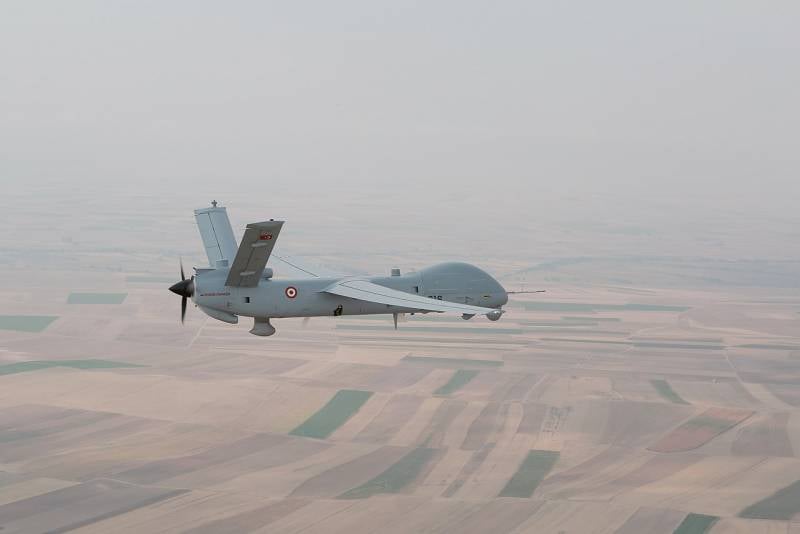 The Air Force indicated the presence of more than 20 heavy Anka-S and up to 10 imported Herons. Medium UAVs were represented by 18 Gnat 750 products. Naval aviation had 3 heavy Anka-S and 4 medium Bayraktar TB2. The gendarmerie has a similar fleet of vehicles – up to 4 Anka-S vehicles and up to 12 TB2. The army and the air force are also armed with loitering ammunition of several types. A significant part of these arsenals is already made up of samples of Turkish production – STM Kargu.

It should be recalled that the Turkish army is currently conducting operations in Syria and Libya, and they are actively using modern UAVs and loitering ammunition. The use of such a technique is expectedly accompanied by constant losses. For example, up to 15-18 TB2 satellites were lost in the skies over Libya this year alone.

At the same time, the production and procurement of UAVs continues. In addition, supplies of new models of equipment have begun this year. As a result of these processes, the exact number of unmanned vehicles in the ranks is constantly changing. Most likely, the data in the following reference books will differ significantly from those published earlier. In which direction – it will become clear later. 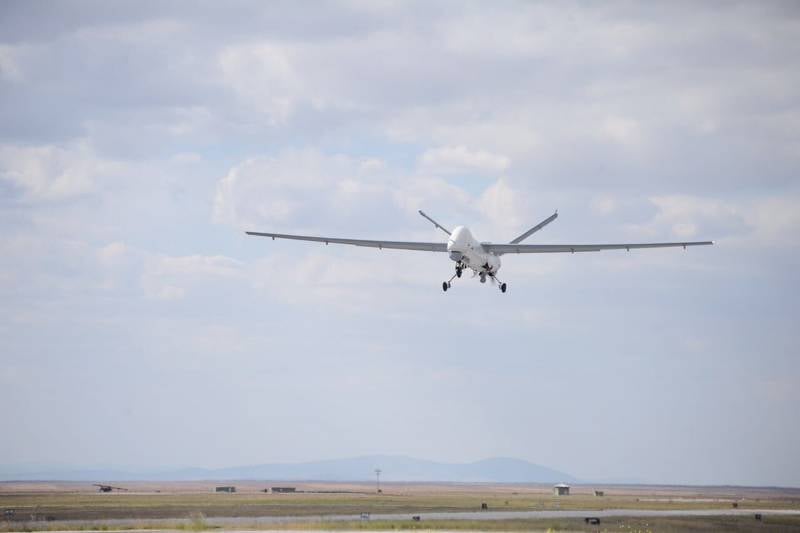 The most famous is the middle UAV Bayraktar TB2 from Baykar Makina. This reconnaissance and strike vehicle was created at the beginning of the tenth years on the basis of the “pure” reconnaissance TB1. Its first flight took place in 2014, and soon began operation in the interests of the Turkish army. Later, contracts appeared for the supply of such equipment to third countries.

Bayraktar TB2 is an average (maximum takeoff weight 650 kg) UAV with a long flight duration – up to 25-27 hours. The device is equipped with a 100 hp gasoline engine. foreign production and imported optoelectronic system. Not so long ago, it became known about the refusal from the suppliers of these components, and Turkey is forced to look for a replacement. The drone is capable of carrying and using guided missiles and bombs of several types. Fighting qualities are significantly limited by a carrying capacity of only 150 kg. 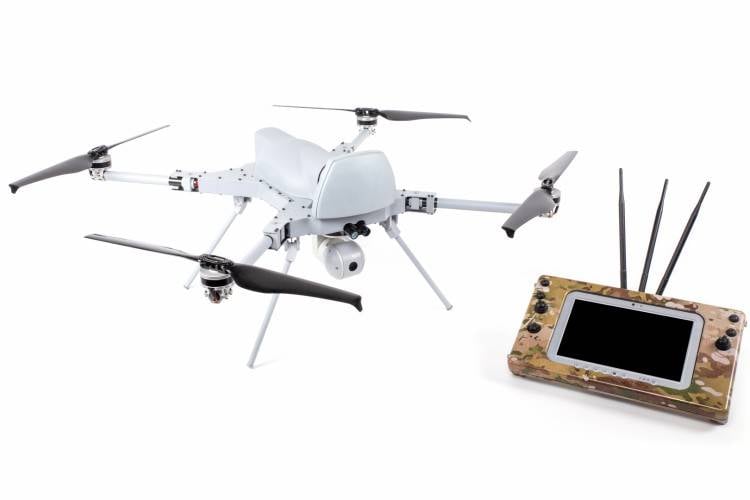 In 2010, Turkish Aerospace Industries (TAI) began testing the first UAV of the Anka family. In 2013, he was put into service, after which the development of new products began. The Anka drones are positioned as heavy vehicles with a long flight duration. Customers are offered several modifications with different equipment and differing functions.

The base platform is a UAV with a takeoff weight of approx. 1600 kg, straight wing and 170 hp gasoline engine. The device can remain in the air for up to a day and carry a payload of 200 kg. The range of combat operation of the first modifications is limited by the parameters of communication equipment and does not exceed 200 km. In the serial modification of the Anka-S, satellite communications were used, which increased the combat radius. UAVs of this type can conduct reconnaissance and attack targets using guided weapons.

Last year, STM began mass production and supply of the Kargu-2 loitering ammunition. At the beginning of the year, it was reported that there was an order for 365 such items. In the fall, it became known about plans for a new contract, due to which the number of Kargu-2 will be brought to 500 units. Sales to foreign countries started. Earlier it was reported about the use of such UAVs by the Azerbaijani army.

Kargu-2 is a lightweight (7 kg) and compact (600×600 mm) drone quadrocopter with electric motors and a simplified optoelectronic unit. It is capable of carrying warheads of various types and striking targets at a distance of up to 5 km from the operator. Loitering duration – 30 minutes. The possibility of group use of ammunition is declared; one “swarm” includes up to 29 items.

A year ago, the first flight of the promising heavy reconnaissance and strike UAV Bayraktar Akıncı took place. According to the plans of the recent past, this product was supposed to enter service by the end of 2020, but now these events have shifted to the end of 2021. Due to its belonging to a different class, the Akıncı UAV has minimal continuity with the previous devices of the Bayraktar family.

Bayraktar Akıncı is built according to the normal aerodynamic configuration with a gull wing. Two Ukrainian-made AI-450T turboprop engines with a capacity of 750 hp were used. The maximum take-off weight was increased to 5.5 tons, the combat load was 1350 kg on six pylons. The UAV will be able to stay in the air for at least 45-48 hours and fly at a cruising speed of 250 km / h. Control is carried out through a satellite channel, which increases the combat radius. 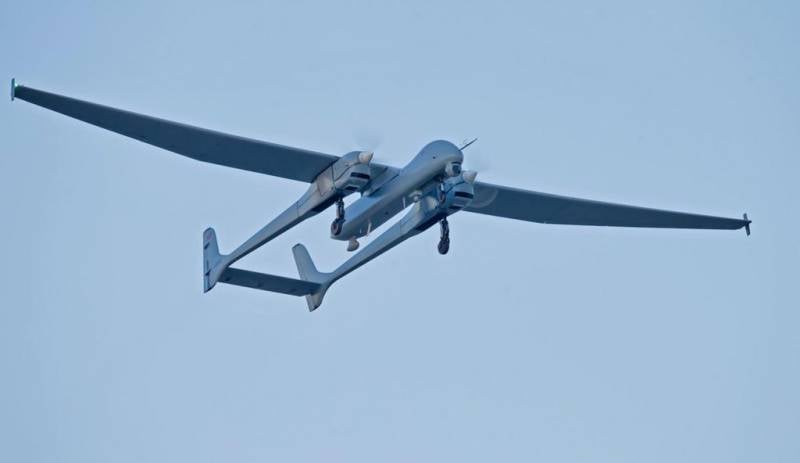 This year, it was also planned to adopt the TAI Anka-2 or Aksungur UAVs. This is a seriously reworked version of the previous Anka project with rebuilding of the airframe, power plant, etc. A double-girder design with two piston engines is proposed. Due to all the modifications, the maximum take-off weight is increased to 3.3 tons with a payload of 750 kg.

STM is completing the development of the Alpagu loitering ammunition. It will be a compact UAV with two foldable wings and an electric motor, launched from a tubular shipping container. A product weighing less than 2 kg will be able to attack targets at ranges of up to 5 km and stay in the air for up to 10 minutes. It is assumed that loitering ammunition with low flight characteristics and minimal dimensions will be useful for infantry and special forces.

In recent years, the Turkish industry has managed to develop and bring into service a number of UAVs of all main classes, which has a positive effect on the capabilities of the army. At the same time, the design processes do not stop, and in the near future completely new samples with improved capabilities and characteristics are expected. 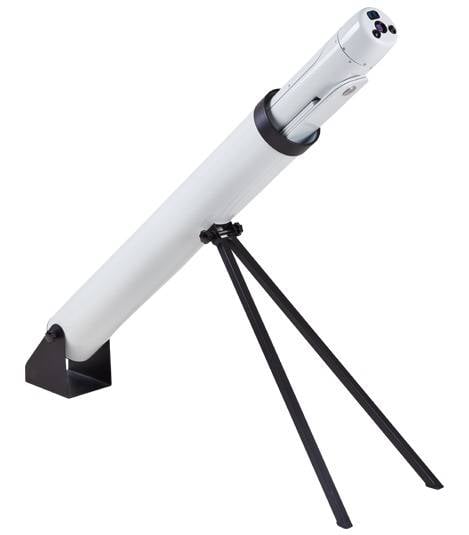 However, the development of the direction is not going smoothly. Thus, one of the main problems remains dependence on foreign components, incl. key. The recent refusal of foreign partners to supply engines and optoelectronic stations could seriously hit Turkish production. The possibility of replacing foreign components with Turkish ones has been announced, but it is unclear whether these plans will be fulfilled without loss in quality and production rates.

In recent conflicts, Turkish UAVs have shown themselves well in terms of combat use. This fact is used in advertising, and also becomes a reason for criticism of foreign air defense systems. However, it should be borne in mind that in Syria, Libya or Nagorno-Karabakh, Turkish-made drones dealt with extremely weak and disorganized air defense. Despite this, there were significant losses. How the advertised Bayraktars will show themselves in a conflict with a well-armed adversary is a big question.

Nevertheless, the observed processes clearly show the potential of modern unmanned aerial vehicles and loitering ammunition, and also demonstrate that even countries without a developed aviation industry can create quite successful designs of this kind. There is no doubt that the Turkish experience of recent years is already being studied by third countries and will be used in drawing up plans for the future.