Troops on parade. Photo of the Ministry of Defense of Poland

In 2017, a new National Defense Concept was adopted in Poland. The document stated the main threats and challenges that the country will face in the near future, and also determined the ways of development to respond to them. The Polish leadership and command considers the main threat to be “Russian aggression” – and accordingly conducts military construction, covering all major areas.

At the moment, Poland has a fairly large and developed armed forces. In the Global Firepower 2020 ranking, it is ranked 21st in the world and is among the ten most militarily developed European countries. A noticeable move up in this ranking began several years ago, when Poland began implementing new military programs.

The total number of the armed forces is about 124 thousand people. Over 60 thousand serve in the ground forces. Air and naval forces, special operations forces and territorial defense forces are smaller in number. With regard to equipment, all types of armed forces generally meet modern requirements, however, in terms of the quantity and quality of individual models, they may be inferior to foreign armies. 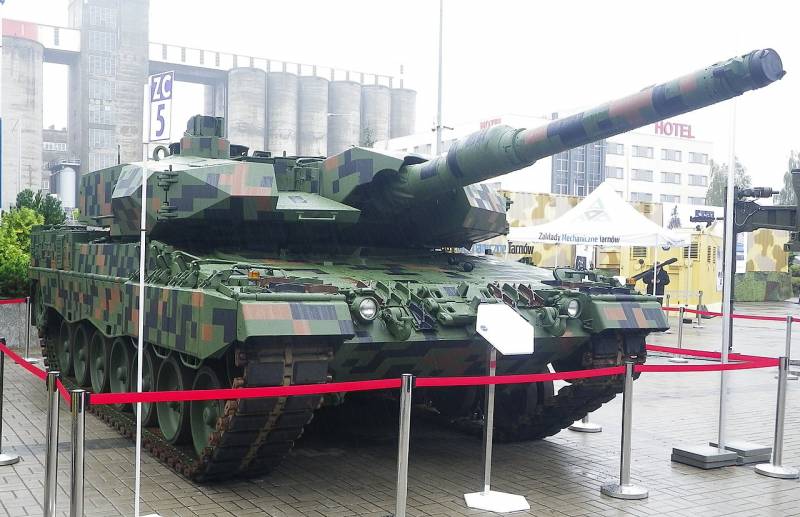 In recent years (with rare exceptions), there has been a constant growth in the defense budget. Thus, in 2018 it amounted to 42.9 billion zlotys (less than 12 billion US dollars), and in 2020 it grew to 50.4 billion zlotys (more than 12.6 billion dollars). Due to constant growth, the defense budget has already exceeded 2 % of the country’s gross domestic product (GDP). By 2030, it is planned to increase it further to 2.5% with understandable positive consequences for defense capability.

In matters of defense, Poland does not rely only on its own forces. Cooperation is developing within the framework of NATO. A foreign contingent is constantly present on the territory of the state. If necessary, the Polish army also participates in activities abroad. Interaction with other NATO countries is believed to help close defensive weaknesses and more effectively counter common threats.

This year, Poland and the United States signed an agreement to increase the American contingent on Polish territory. To do this, Poland will have to build and reconstruct a lot of military and dual-use facilities. In addition, the Polish side will bear part of the costs of maintaining foreign troops. The total cost of such events remains unknown, but the country’s leadership speaks of the need for such spending for collective and national security.

The previously existing organizational and staffing structure of the armed forces was recognized as insufficiently effective, and it was decided to supplement it with modern components. Currently, activities are underway to create new structures, units and formations of various kinds. The main attention is paid to land formations. 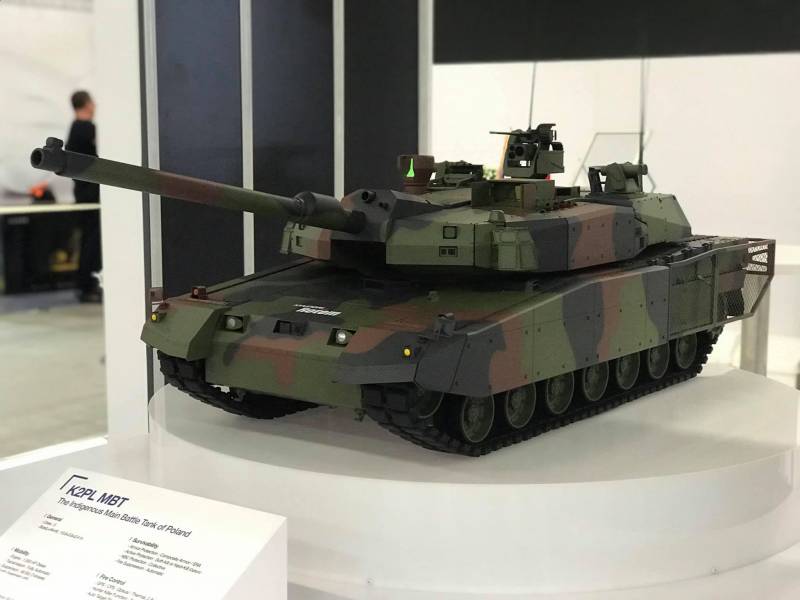 Layout of a promising K2PL. Photo by the Ministry of Defense of the Republic of Korea

Until 2018, the ground forces consisted of two mechanized divisions and one cavalry division. Several separate brigades and regiments of various purposes also served. In 2018, the formation of a new connection began. Parts of the new 18th Mech Division are based in the eastern regions of the country and are called upon to cover the capital region. In the near future, the division will be able to begin full service.

The creation of territorial defense troops, which began in 2017, continues. Currently, more than 3 – 3.5 thousand people serve in them, another 18 thousand are in the reserve. In 2021, the total number of this kind of troops, including reservists, is planned to be increased to 53 thousand people. In the event of an armed conflict, territorial defense units must conduct hostilities in their regions and complement full-fledged ground forces.

In the foreseeable future, it is possible to form new formations and units to increase the overall defense capability. In recent years, the need to build an army with a total strength of 200 thousand people has been repeatedly mentioned at various levels. However, so far, the matter has not gone further than conversations and wishes.

The current Plan for the technical modernization of the armed forces provides for a number of new programs until 2035. One of the main directions in this context is the development of a fleet of armored vehicles. So, since 2017, the Wilk (“Wolf”) program has been implemented, the purpose of which is to purchase 500 new main tanks to replace existing equipment. 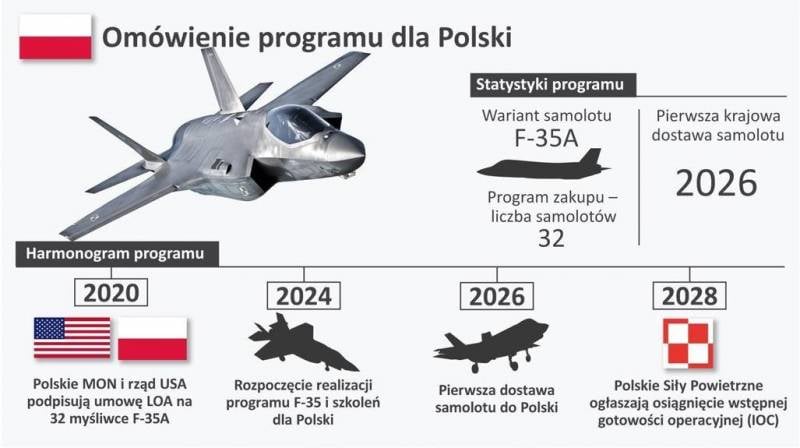 F-35A procurement plans. Graphics of the Ministry of Defense of Poland

Currently, the Polish army has over 600 MBTs of various types, the bulk of which are of considerable age and need modernization. In the next 10-15 years, they are planned to be written off due to obsolescence and replaced with promising models. The possibility of purchasing a developed French-German tank MGCS is being considered. South Korea offers its K2PL project. However, the choice has not yet been made, and the program remains at the earliest stages. It is unclear when the situation will change.

So far, in the interests of the army, a project is being implemented to modernize existing Leopard 2A4 tanks under the 2PL project. In May and June, the first 5 units were handed over to the customer. updated technology. In total, it is planned to modernize 142 armored vehicles – the entire fleet of existing “Leopard-2”. The program is several months behind the previously established schedule, but it is planned to be completed in the coming years.

A new generation in the air

The backbone of tactical aviation of the Polish Air Force is formed by fighter-bombers of the 4th generation, and its renewal will begin in the near future. On January 31, a Polish-American contract was signed for the supply of 5th generation F-35A fighters. The agreement, worth $ 4.6 billion, provides for the transfer of 32 aircraft, a number of components and training of personnel. At the same time, the emergence of new contracts for the supply of weapons and training of military personnel is expected. 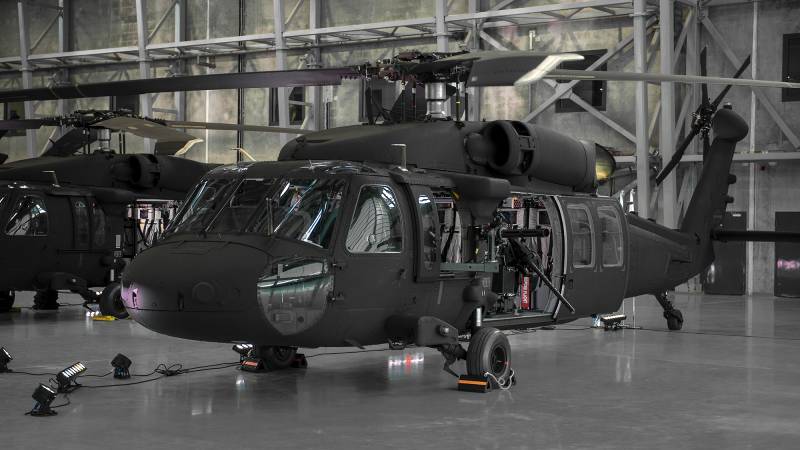 First S-60i helicopters for the Polish Air Force. Photo of the Ministry of Defense of Poland

The first F-35A will be delivered to the customer in 2024. The equipment will be delivered in 4-6 units. in year. First Squadron will reach initial operational readiness by 2028. Two years later, the second will begin service. In accordance with the main contract, 24 pilots and about 100 technical personnel will be trained in the United States. If the Polish Air Force wants to increase the number of specialists to work on new equipment, they will have to conclude new contracts.

A significant upgrade of the military transport aviation is planned. The Air Force already has five American-made C-130Es. Poland recently sent the United States a request to buy five more of these machines. The C-130Es are the largest military aircraft of the Polish Air Force, and doubling their number will increase the potential of transport aviation.

Procurement of helicopters is planned and carried out. At the end of last year, the 7th Air Force Special Operations Squadron received 4 American-made S-70i International Black Hawk helicopters. The machines were not delivered in full completeness, and by the end of 2020, their assembly should be completed at the Polish site. Now the Air Force is deciding the issue of transferring the existing option for 4 helicopters into a firm contract.

Poland has big plans for the development of its naval forces. The construction of warships, boats and auxiliary vessels for various purposes is envisaged. This, as expected, will allow replacing outdated samples and increasing combat effectiveness. However, real projects face serious difficulties, and plans cannot be fully implemented. 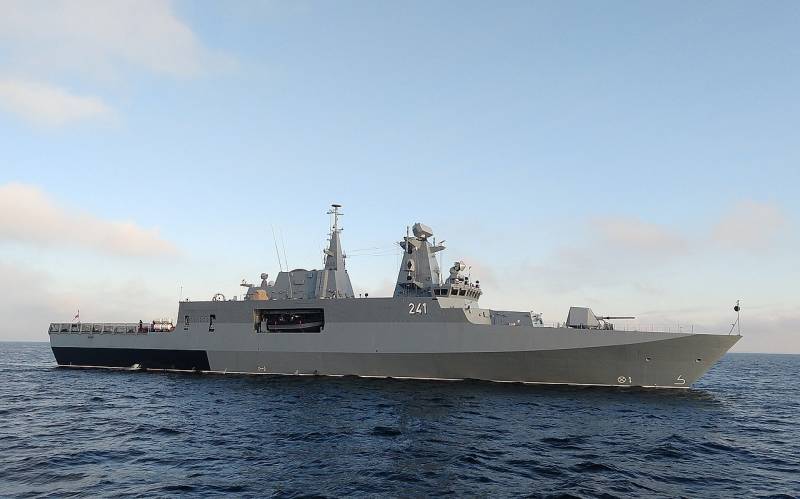 The main novelty in the combat strength of the Navy is the patrol ship Ślzak. It was laid down in 2001 as the head corvette of the project 621 / Gawron II. Construction continued until 2012, after which it was stopped due to many different problems. In 2015, the restructuring of the ship according to the 621M project began with a change in functions. He was now viewed as a watchdog. The construction of the next six “Gavrons” was canceled. A year ago, Ślązak was admitted to the Navy.

Earlier, in November 2017, the fleet accepted the lead minesweeper Kormoran of the project of the same name, which had been under construction since 2015. The next ship of this type was laid down only in mid-2018, and in October 2019, construction of the third minesweeper began. The second and third Cormorans will enter service in the coming years. By the beginning of the thirties, it is planned to build three more such minesweepers.

Future plans include the construction of up to three diesel-electric submarines of “strategic importance”, patrol and reconnaissance ships, rescue and support ships. In addition, it is necessary to develop coastal troops through the purchase of various weapons. However, as practice shows, the Polish shipbuilding industry is not able to quickly and efficiently solve the assigned tasks and provide the Navy with the desired ships.

In recent years, Poland has been paying increased attention to military organizational development and the development of its armed forces. The notorious “Russian aggression”, from which it is necessary to defend itself by any available means, is called the formal reason for this. The main way to defend against “aggressive Russia” is to increase the defense budget, due to which all other plans are being implemented. At the same time, as happens in different countries, the increase in military spending is criticized. 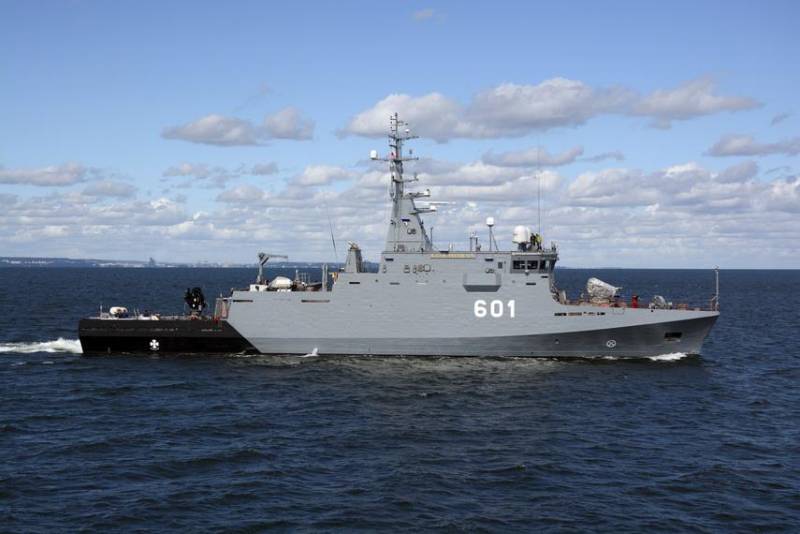 Head minesweeper pr. Kormoran. Photo of the Ministry of Defense of Poland

Plans to change the organizational and staff structure and create new formations have not yet faced serious difficulties, although not everything is going smoothly. Rearmament turns out to be more difficult. The financial capabilities of the customer, represented by the Ministry of Defense, and the technological potential of the industry are not always at the desired level. As a result, some samples can be modernized and replaced, while the production of others takes years and still does not give the desired result.

With all this, Poland can rely on NATO partners for a number of issues. On favorable terms for themselves, they are ready to sell the necessary equipment to the Polish army or send an additional contingent. However, such cooperation is not always fully beneficial for the Polish side.

Thus, Poland has some opportunities to improve its armed forces and uses them. The results of this do not always correspond to expectations, as a result of which the pace of construction and development turns out to be lower than desired. However, despite all the difficulties, such processes will continue in the near future: the “Russian threat” does not lose its relevance and remains a good reason for Poland to implement its plans.