Many modern projects of armored combat vehicles provide for the use of modular architecture. In this case, several samples of equipment for different purposes are created on a common base, differing only in target equipment and payload. The most interesting results of this kind were obtained in the European project of the ARTEC Boxer armored vehicle.

The joint project between Germany, Great Britain and the Netherlands, later called Boxer, has been developed since the late nineties by several companies, using the experience of previous research programs. The goal of the new project was to create a universal platform and modules for it, from which a wide range of equipment for various purposes could be assembled.

Any armored vehicle of the Boxer family consists of two main components: Drive Module and Mission Module. The first is a wheeled platform with all the necessary components. It contains the engine compartment, control compartment, transmission and chassis, power supply and life support, etc. All the main units are concentrated in the nose of the platform, inside the armored hull. Behind the latter there is a seat for the “mission module”. 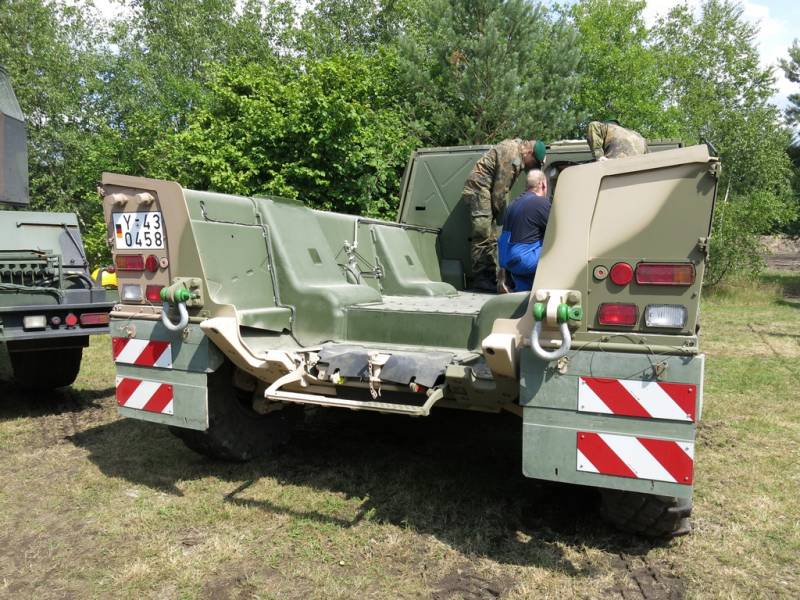 The Mission Module is designed as a case with standard dimensions and mountings, installed on a platform. Quick-release fasteners and system connections are provided. If there is a crane or special jacks, the replacement of the target module takes about half an hour, and it is possible to use the same module or a unit for a different purpose. This greatly simplifies both the repair and the change in the purpose of the armored vehicle.

Mission modules can be transported separately using a special frame. Such a unit, together with a module, fits into the dimensions of a standard container. Working with such a cargo does not require any specific funds, which simplifies logistics and supply.

At different stages of development of the Boxer project, a large number of replaceable target modules for one purpose or another were proposed. Some of these proposals were implemented in metal and even brought to operation. Other payload options are still being tested, and several samples are still in the plans. 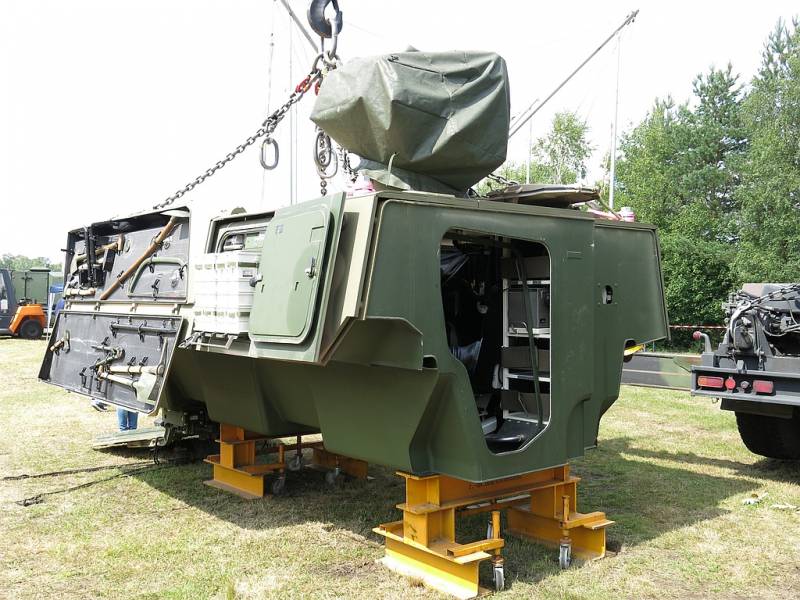 Mission Module for the construction of an armored vehicle, front-side view. An opening is provided on the frontal plate for communication with the control compartment on the chassis. Photo Wikimedia Commons

“Boxer” was developed as a modern transport for the infantry, and therefore its main load is the landing module. This is a product with advanced multilayer protection against bullets / projectiles, shrapnel and mines. There are places for the commander, gunner and eight soldiers. The crew and the troopers are located on energy-absorbing seats. Access to the module is provided by a stern ramp and upper hatches.

In the configuration of the armored personnel carrier, the Boxer vehicle must carry a remotely controlled weapon station. The type of this product is chosen by the customer. Serial armored personnel carriers for different countries receive DBMs of several models and carry machine guns and automatic grenade launchers. DBMS with small-bore cannons are also offered.

There are modifications with more powerful weapons. So, for Lithuania, the BMP Vilkas is being built. It is equipped with a Rafael Samson Mk II turret with a 30mm cannon and Spike missiles. The AIF ordered a similar vehicle with a two-man turret fitted with a 30mm cannon and a pair of 7.62mm machine guns. After such modernization, the Lithuanian amphibious capabilities remain, but the number of seats may be reduced. 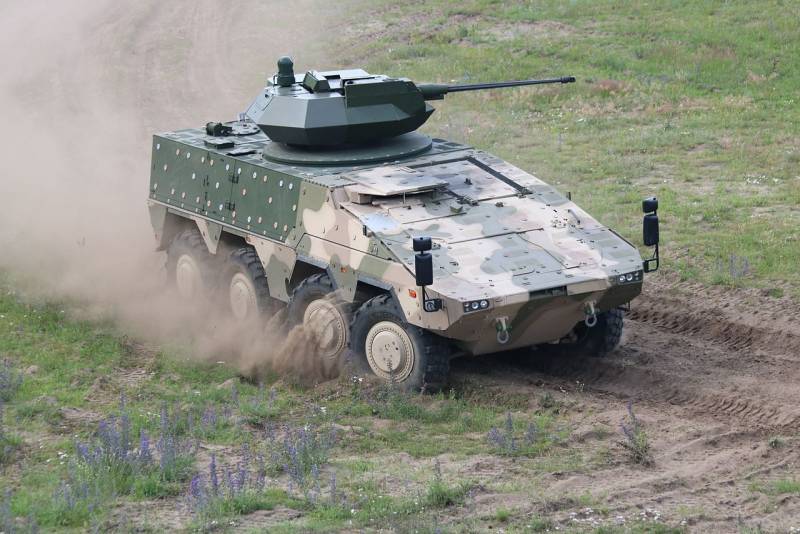 Several options for an artillery armored vehicle based on a common chassis are offered at once. With minimal processing of the landing “mission module”, it is possible to create a self-propelled mortar with a caliber of up to 120 mm. Experiments were carried out with installation on a standard module of the Oerlikon Skyranger air defense system. A turret with a 155-mm howitzer borrowed from the PzH 2000 is being developed. If there is interest from customers, it is possible to continue the development of combat vehicles with unguided, anti-tank or anti-aircraft missile weapons.

In the corps, a command and staff module is being built in the airborne type. He receives several workstations, as well as a developed set of communication and control facilities. The exact composition of the electronics is determined by the needs of the customer. To date, two versions of such modules have been created – for Germany and the Netherlands. 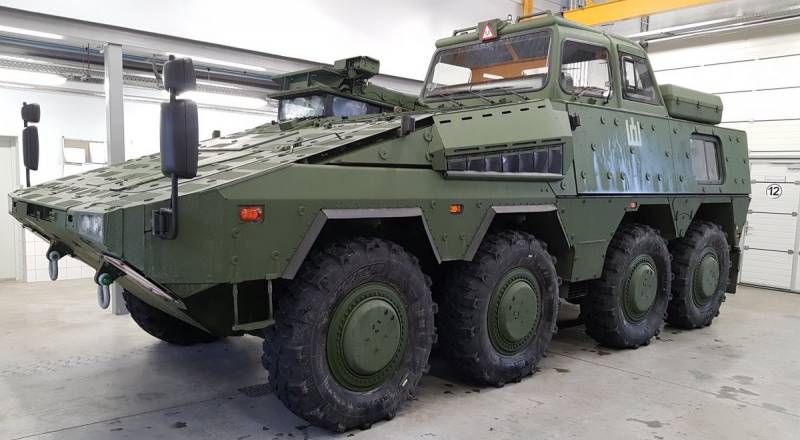 Training machine for Lithuania – there are minimal differences from equipment for other countries. Photo Thinkdefence.co.uk

There is a sanitary module. It features an extra-high body and carries all the necessary equipment for first aid. The module can accommodate seven sedentary patients or three bedridden patients with an accompanying person. Loading is done through the stern; the ramp has been redesigned for more convenience for the orderlies and the wounded.

The repair and evacuation module is being tested. Side jacks and a feed opener are mounted on its body. A crane with a 5.3 m long boom and a lifting capacity of up to 20 tons is installed on the roof. Modules for engineering purposes are offered: protected vehicles for sappers and cargo up to 1 ton.

A training module has been created for the training of driver-mechanics. It is equipped with a large wheelhouse with large glazing and all the necessary equipment. Inside there are places for the instructor and accompanying persons. The instructor can follow the road and the readings of the instruments, as well as take control. 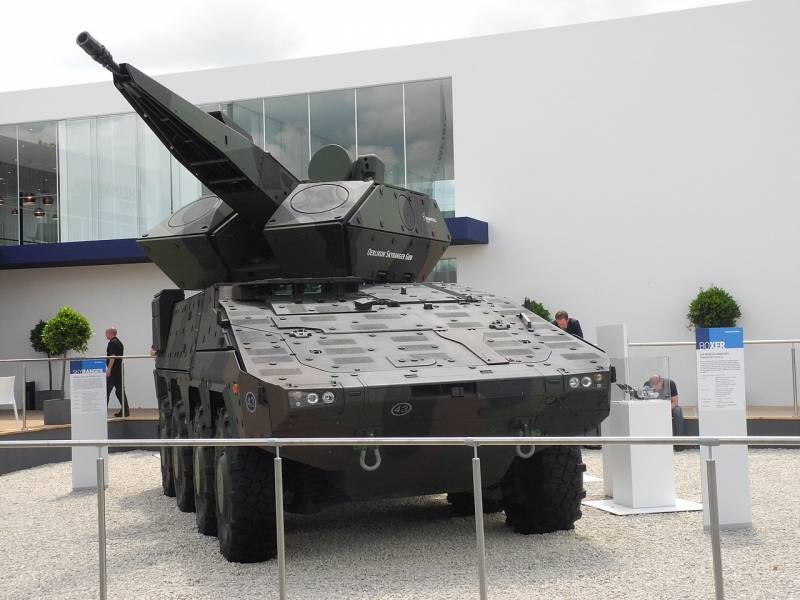 By now, the full-scale serial production of Boxer armored vehicles has been mastered, and the customer countries are actively using their modular potential. Several variants of equipment for different purposes are produced, new purchases of other machines are planned. Various kinds of modernization are also being carried out.

The starting customer for the Boxers was Germany, which wanted more than 400 units. equipment until 2020. As of the beginning of the year, there were more than 300 vehicles in service: over 120-130 armored personnel carriers, 72 ambulances, 65 command and staff vehicles and 10 training vehicles. Deliveries are ongoing and will be completed shortly. The possibility of purchasing artillery and missile systems based on a universal chassis is being considered.

In 2013-18. carried out a large order of the armed forces of the Netherlands. The main part of this contract, 92 units, fell on engineering equipment. Subsequently, some of these vehicles were rebuilt into repair and recovery vehicles. We also ordered 52 ambulances and 36 command and staff vehicles. We acquired a small number of training and cargo options. 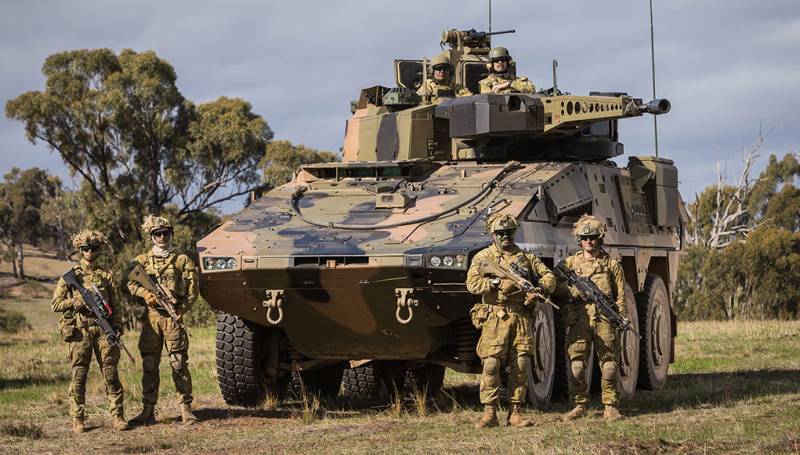 Boxer for the Australian Army. Australian Department of Defense Photo

Delivery of Boxer / Vilkas to the Lithuanian army has begun. Ordered 91 armored vehicles – 89 infantry fighting vehicles and two training. The handover of the last machines is scheduled for next year. The Lithuanian army is showing interest in other modifications of the Boxer, but is unable to order them.

Last year, the first samples of BMPs, made according to its requirements, were sent to Australia. 25 machines in two versions are used for initial development and gaining experience. Until 2026, the Australian army wants to receive 211 armored vehicles of several types: BMP, KShM, BREM, etc. The bulk of this equipment will be assembled at a plant under construction in Australia.

In 2022, the delivery of equipment from the Boxer family of the British Army will begin. She will purchase 528 cars with an option for 900-1000 units. It is proposed to buy four variants of equipment, including armored personnel carriers and KShM. The production will be entrusted to a new British-German joint venture. 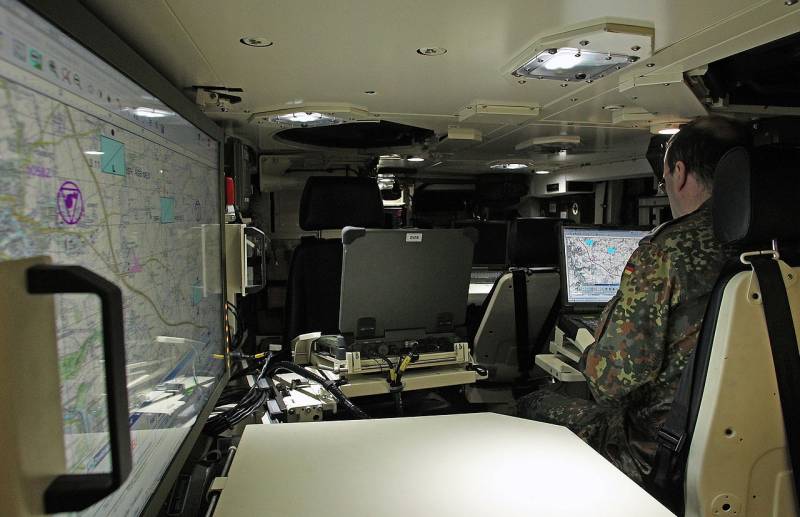 German interior of the Boxer command vehicle. View from the side of the ramp. Photo of the Ministry of Defense of the Federal Republic of Germany

Several countries, incl. outside Europe are showing interest in the Boxer family, but have not yet placed orders. So, in the recent past, Slovenia expressed a desire to buy such equipment. In 2018-19. it almost came to the signing of the contract, but the country’s Ministry of Defense decided to conduct new research and revise the requirements. It was also reported about negotiations with Algeria. Already in 2020, he could start a licensed assembly, but news of this kind has not yet been received.

Implementation of the concept

In general, the concept of building a universal platform equipped with target modules for various purposes is not something new or unique. However, it is the application of this concept that makes the international Boxer project interesting from a technical and operational point of view, and also attracts potential customers.

In this project, the idea of ​​modules is brought to its logical conclusion. The “running module” is made in the form of a machine with a large seat for the “mission module” and does not require rebuilding when replacing this unit. At the same time, several target modules for different purposes have been developed, and new ones should appear soon. 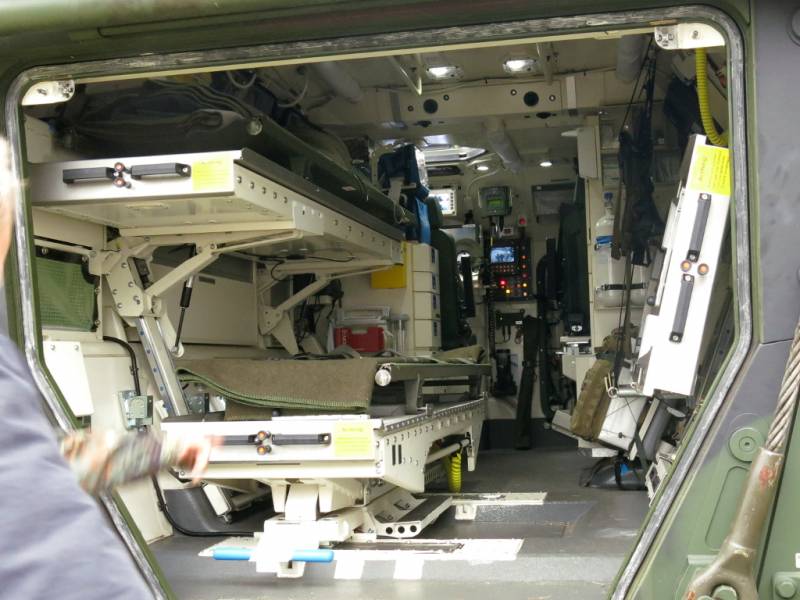 It should be noted that out of all the variety of “mission modules” for Boxer, only a few products have gone into series so far – armored personnel carriers and infantry fighting vehicles, KShM, ambulance, etc. The prospects for others, such as a bridgelayer or self-propelled guns, remain uncertain. Orders for such modules have not yet been received, and it is not known whether they will ever appear.

However, the lack of real interest in individual modules does not hinder the production and sales of others. In addition, the developers of “Boxer”, having created several different modules, are able to immediately offer the customer the entire range of such products. He will be able to select the desired samples and he will not need to order the development of new ones, which in itself is an important competitive advantage.

Thus, the joint European project of the Boxer armored vehicle does not just use a promising modular architecture. He implements it to the fullest extent and with maximum efficiency. Orders confirm the correctness of such decisions. More than 540 units have been manufactured for them. armored vehicles, and in the future at least 700-750 vehicles will be built. Such commercial successes in general confirm the correctness of the chosen design solutions.