In the near future, the Rys self-loading MPL pistol will be adopted by the National Guard. Recently, this product has successfully completed state tests and received all the necessary recommendations. In the near future, the development organization plans to start mass production of such weapons. The first MPL will roll off the assembly line this year.

On March 9, the Kalashnikov concern announced a meeting of the state commission that monitored the development work on the creation of a promising pistol. The event was attended by representatives of the customer (Rosgvardia), as well as the Ministry of Defense, the Ministry of Internal Affairs and the FSO, who participated in the development program.

It is reported that in February the MPL pistol completed state tests. The product has confirmed the declared characteristics and compliance with the customer’s requirements. The State Commission approved the test results and issued a recommendation for the adoption of the pistol by the Russian Guard.

In the near future, the contracting authority will have to carry out all the remaining procedures and adopt a new model for service. An order for serial production is also expected. Concern “Kalashnikov” informs that the series will be adjusted at the Izhevsk Mechanical Plant. The production lines will be created and prepared by the end of this year.

The successful completion of state tests puts an end to the development work that has been going on since 2017. Kalashnikov notes the importance of this event. In addition, the concern hopes for a great future for the new development. The pistol was created according to the requirements of the Russian Guard, but it may be of interest for other structures with similar needs.

The Lebedev modular pistol has been developed since 2017 by order of the Russian Guard. The existing self-loading pistol designed by D. Lebedev was taken as the basis for this product; it should have been finalized taking into account the wishes of the customer and the features of future operation. As far as we know, the main part of the nodes remained the same, and the implemented improvements made it possible to talk about a modular approach. 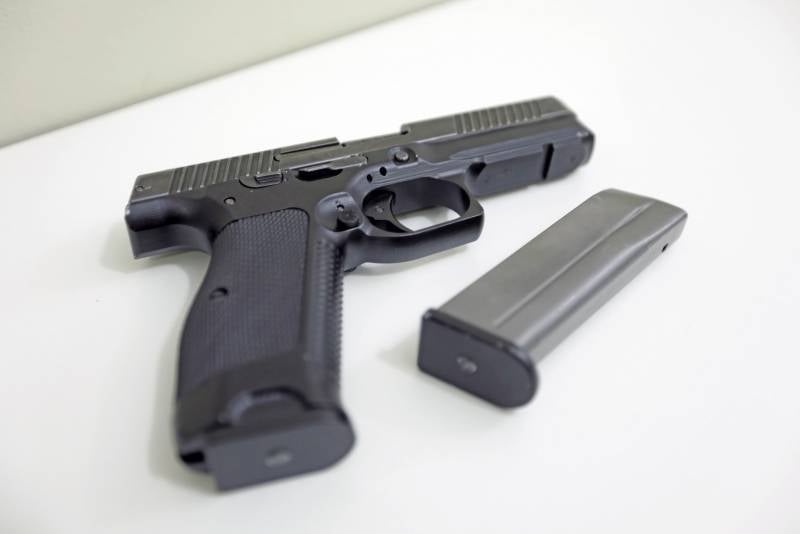 The development of the MPL product did not take much time. It was presented for the first time at an open event in the spring of 2019, at the same time the main design features and applied modifications became known. In addition, it was announced that after passing the tests and confirming the declared characteristics, the new weapon will go into series and go to units.

The MPL pistol is considered as a modern replacement for the existing PM products. With all its advantages, the Makarov pistol no longer meets the modern requirements of a number of departments and organizations, which is why it needs to be replaced. PL-14/15 and its modular version, in turn, were created in the recent past based on the operating experience of previous samples and taking into account modern requirements and trends.

In design, the new MPL is basically similar to the base pistol. At the same time, some new assemblies and parts are used with the possibility of replacement – this makes a modular system from a simple pistol with the ability to quickly change the configuration. First of all, this will allow you to effectively solve various problems. In addition, improved ergonomics and product performance are provided.

The most visible manifestation of the modular architecture is the interchangeable barrel. Depending on the needs of the shooter, a standard rifled barrel with a length of 112 mm or an elongated part with a thread for a device for reducing the sound of firing (PSZS) can be used. A pistol with a shorter barrel is considered the standard configuration. The CCD version is called a special purpose configuration.

The design of the MPL allows the use of different types of trigger mechanisms. It was reported about the possibility of installing single and double action trigger and striker type USM. There is also the possibility of introducing an automatic fire mode, which will radically change the firing capabilities of the pistol. 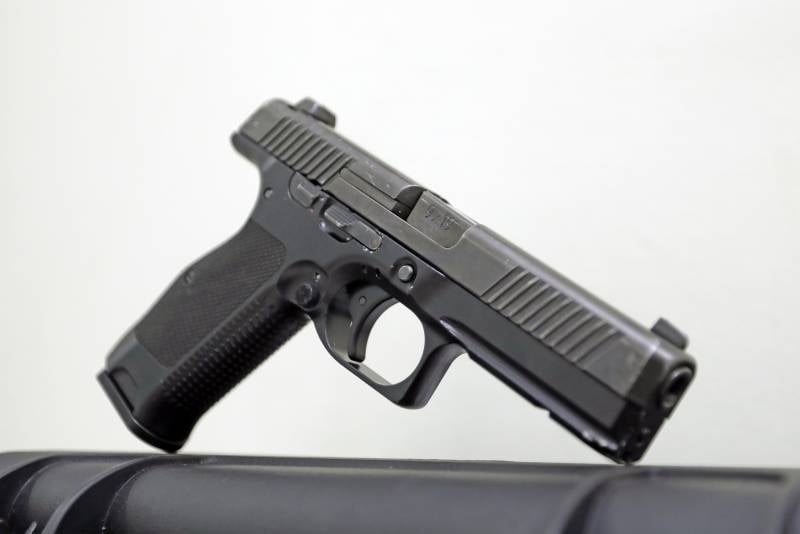 A modular approach is also implemented in the field of “body kit”. On the frame of the pistol, in front of the trigger guard, there is a guide for mounting the necessary equipment. In addition, the MPL variant for special tasks receives new equipment to be placed on a fighter’s outfit.

At the same time, the Lynx MPL is based on the proven design of D. Lebedev’s previous pistols. They all have a traditional architecture with a movable breech cover. Different versions of these weapons used aluminum and plastic frames. Plastic is used in the design of the new MPL. All samples of the series use the 9×19 mm Parabellum cartridge.

Automation is based on the use of the recoil of the bolt, which engages with the barrel. Locking is carried out by engaging the upper part of the breech with the liner ejection window. The base for the PL-14/15 is a double-action trigger type trigger, but later alternative designs appeared. There is a safety catch with flags on both sides of the weapon.

The organization-developer indicates the strengths of D. Lebedev’s pistols. It is distinguished by good ergonomics and ease of use by right-handers and left-handers, safe operation, as well as high reliability. So, even with the use of reinforced 7N21 cartridges, the design resource exceeds 10 thousand shots.

The new pistols of the Kalashnikov concern are being tested and confirm the declared characteristics. In August 2020, it was reported about the successful completion of tests of a compact PLC pistol, performed in the interests of the Ministry of Internal Affairs, and the start of trial operation. Now, with positive results, state tests of modular MPL for the Russian Guard have been carried out. In the near future, other structures may show interest in the new family of pistols, which will lead to the start of the next tests. 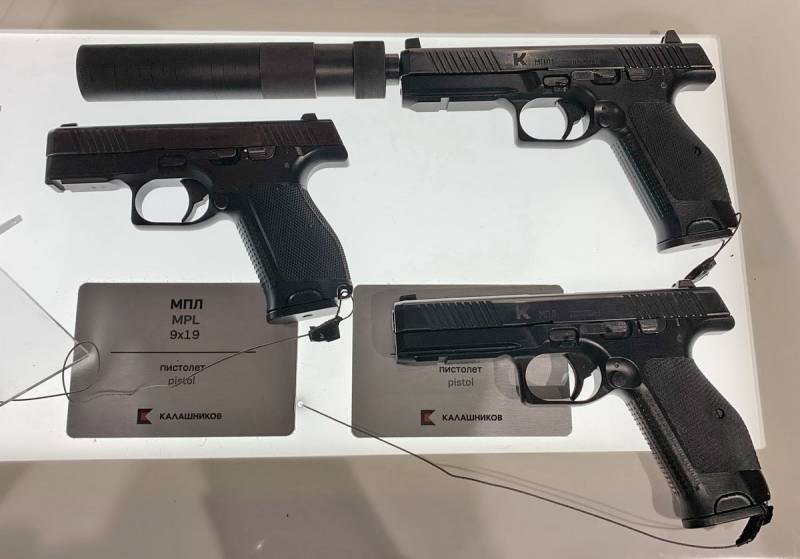 At least two Russian departments are already showing serious interest in D. Lebedev’s pistols and are planning to purchase them. Such contracts will appear in the near future, and Kalashnikov is already planning to launch production. The observed processes are of great interest. The fact is that new pistols are considered as a replacement for the old PM. This is not the first attempt to replace it, but the previous ones have not been fully successful. Perhaps this time the results of rearmament will be more successful.

Recently, the PLC pistol was shown for the first time at a foreign exhibition. The development organization begins to promote such weapons on the international market, and this should lead to the appearance of foreign orders. It is quite possible that other members of the family will enter the market for the PLC, incl. modular MPL.

In general, at the moment, the situation with pistols designed by D. Lebedev looks good enough and encourages optimism. Several new samples were developed at once. They are being tested and prepared for adoption. During the launch of the series and development in operation, certain difficulties are possible, but they should not have a fatal effect on the course of rearmament. It looks like this time the process of replacing the old PM will lead to the desired results.