SAU-76I from the captured Pz. III. Exposition of the Museum in Verkhnyaya Pyshma. Source: livejournal.com

For the sake of historical objectivity

The first part of the material on the study of armor was about the alloys of the SU-100, SU-122 and SU-85 self-propelled artillery mounts from the Museum of Military Equipment in Verkhnyaya Pyshma. Researchers from the Institute of Metal Physics of the Ural Branch of the Russian Academy of Sciences have found that wartime metallurgists were able to generally adhere to the 8C armor recipe. The uniqueness of the project, in which employees of three Yekaterinburg research institutes took part, in the data obtained, which previously could only be obtained from archival sources 75 years ago. Even modern articles and publications of the former “Armored Research Institute”, now NRC Kurchatov Institute – TsNII KM Prometheus, are filled not with experimental data of our day, but only with the results of wartime research. 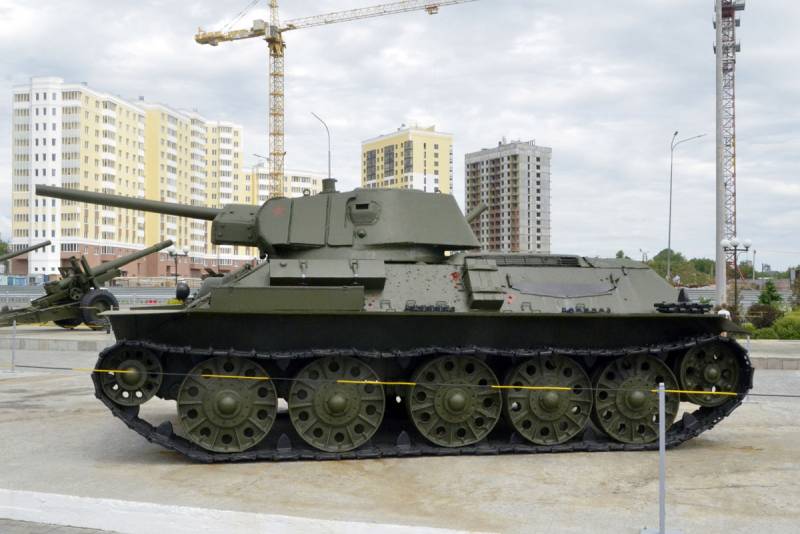 T-34 manufactured by the Stalingrad Tractor Plant. Exposition of the Museum in Verkhnyaya Pyshma. Source: kargoteka.info

To describe the seriousness of the arsenal that the researchers managed to attract to the project, it is worth mentioning several instruments used: a portable X-ray fluorescence and optical emission spectrometer, a ballistic hardness tester, an ultrasonic flaw detector, as well as scanning electron and optical microscopes. Modern equipment made it possible to take a fresh look at the composition of the armor of tanks and self-propelled guns – spectrometers determined the content of 15-18 elements.

The results were unexpected even for the researchers themselves. Modern equipment revealed an increased copper content in the armor of self-propelled guns assembled at Uralmash in 1942-1943. As you know, copper does not belong to the alloying elements of armor. It’s all about the special composition of the Ural ores, from which 8C armor was smelted at the Novotagil Metallurgical Plant, Magnitogorsk and Novokuznetsk plants. Of course, copper was fixed in the T-34 armor from Kharkov and Stalingrad, but there was much more of it in the Ural alloys. What does this mean? Now you can, with a certain degree of confidence, determine whether the armor belongs to a particular manufacturer. Often, museum workers collected exhibition copies of armored vehicles from several vehicles, destroying the authenticity forever. Of course, such attribution requires a larger-scale research of available armored exhibits throughout Russia.

It is interesting to compare the composition of the armor of Soviet self-propelled guns and captured German equipment. Samples of Teutonic steel were taken from a unique exhibit of the Museum in Verkhnyaya Pyshma – SAU-76I, converted by the Red Army from a Pz. III. Samples were taken from the left and right sides, hatches and the commander’s cupola. It turned out that the chemical composition of all samples is different! As an explanation, the authors suggest that armor plates from different suppliers came to the German assembly plant. Did the Germans have the honor to weld a tank out of assorted leftovers in the warehouse? It is quite possible that already at the repair base, Soviet engineers assembled a specific SAU-76I from substandard captured armored vehicles. For this reason, differences in the composition of the armor are recorded throughout the hull. Comparing German and Russian armor during the war, the authors of the study noted differences in the proportion of carbon and part of alloying additives – manganese, chromium, nickel and silicon, which should have made enemy armor more fragile. But at the same time, it is more solid – studies have found a surface cemented layer of armor with a hardness of 580-590 HB (according to Brinell).

Armor of Stalingrad and Kharkov

As mentioned above, the objects of research of metallurgical scientists were self-propelled guns SU-85, SU-122, SU-100 and two T-34-76 tanks from Kharkov Plant No. 183 and Stalingrad Tractor Plant. The features of the armor of self-propelled guns were discussed in the previous part of the story, now it’s the turn of tank alloys. Quite naturally, the composition of the armor of the Kharkov tank is most consistent with the technological standards for steel 8C. The T-34 was produced in 1940, and the 8C armor for it came to Kharkov from the Mariupol plant named after I. Ilyich. This made it possible to use the armor of the tracked vehicle as a reference model, manufactured in accordance with all standards. The composition of the armor was determined based on the results of a study of samples from the feed sheet of the Kharkov T-34, obviously, so as not to spoil the appearance of the historical relic. 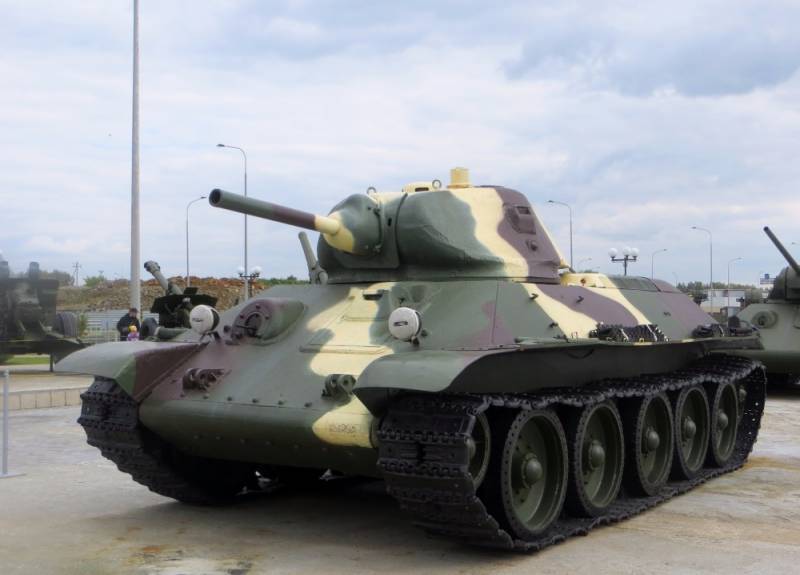 At that time, the Mariupol plant was the only enterprise capable of smelting and hardening such complex alloys. Moreover, 8C was generally developed specifically for the specifics of the Mariupol production. This clearly illustrates the difficulties domestic metallurgists had to face (in particular, from TsNII-48) when Mariupol was under occupation. It is not surprising that in the composition of the armor of a tank from Stalingrad, as found in the course of modern research, an increased amount of phosphorus and carbon. And this, in turn, leads to increased fragility of the armor. On a specimen from the Museum, scientists found a small break in the armor from an enemy shell – it is likely a consequence of the substandard quality of the steel. But the supplier of armor (the Stalingrad plant “Barricades”) cannot be blamed for this directly. First, at the beginning of the war, in order to preserve the volume of supplies, the requirements of military acceptance for the quality of armor were reduced. And secondly, the removal of phosphorus from steel is a very time-consuming process for which wartime factories often simply did not have the resources. For reference: the share of carbon, an important element of armor, in a Kharkov tank is the standard 0.22%, but in the Stalingrad car it is already more than twice as much – 0.47%.

One of the authors of the study Nikita Melnikov from the Institute of History and Archeology of the Ural Branch of the Russian Academy of Sciences paid special attention in one of his articles to the quality of welded seams of domestic tanks. They looked especially rude in comparison with the German and Lend-lease technology. There is nothing surprising and even more so criminal in this – Soviet workers assembled tanks far from the same hothouse conditions as in Germany and even more so in the United States. The front first of all needed the number of armored vehicles, and the quality often went to the background or even to the third place. However, an overly critical attitude to the quality of Soviet armored vehicles during the war distinguishes most of the materials of the candidate of historical sciences Nikita Melnikov.

An important part of the research was the Brinell hardness testing of armor. It is noteworthy that the armor of self-propelled guns produced at the same plant differs a lot from each other. The “softest” armor turned out to be the SU-85 – 380-340 HB, followed by the SU-122 with 380-405 HB, and, finally, the SU-100, the side plate of which had a hardness of 410-435 HB. At the same time, the frontal armor of the last self-propelled gun was only 270 HB.

The result of this interesting and important study of the Ural metallurgists and historians is the thesis voiced in the previous part – Soviet technologists and engineers in 1941-1945 managed to preserve the brand composition of the legendary 8C. Despite the evacuation, despite the shortage of alloying additives, despite the absence of a production base. The authors of the study can only wish the continuation of work in this direction and the expansion of the objects of study. Fortunately, in the vastness of our Motherland, there are still many samples of museum armored vehicles, fanned with immortal glory.