At the end of April 2020, the military editorial office of the Chinese state television channel CCTV 7 showed a detailed report on the novelty of the Chinese defense industry. In fact, this is a full-fledged debut of a new Chinese 155-mm self-propelled howitzer on a wheeled chassis. ACS under the designation PLC-181 has previously been demonstrated to the public, in particular, it took part in the parade dedicated to the 70th anniversary of the PRC, but the novelty from the largest engineering corporation Norinco has not yet been shown in such detail. It is known that the new self-propelled guns entered service with the artillery brigade from the 73rd Army Group of the Eastern Zone of the PLA Combat Command.

What is known about the PLC-181 wheeled ACS

Most likely, work on the creation of a new ACS began in China in the early 2010s. In any case, the first photos of the PLC-181 wheeled howitzer in acceptable quality appeared on the Internet only in 2015. And it was possible to consider the novelty in detail only in 2018, when the first frames of installations that were moving to participate in the 12th International Aviation and Space Salon in Zhuhai hit the network. It was a full-fledged Chinese premiere of a new self-propelled 155mm howitzer.

The 155-mm self-propelled howitzer on the PLC-181 wheeled chassis, developed by the engineers of the NORINCO engineering corporation, was officially adopted by the PLA in early 2019. ACS is based on the Shaanxi chassis with a 6×6 wheel arrangement. The combat weight of the installation is 22 tons (according to other sources, up to 27 tons). Engine power – 400 HP In front of the wheeled self-propelled guns there is a four-door cabover cab. The cockpit is armored and protects the crew from small arms fire, shell fragments and mines. A large-caliber 12.7-mm machine gun designed for self-defense can be installed on the roof of the cockpit above the hatch. The 7 artillery mounts shown on the CCTV channel did not have defensive weapons. The installation calculation consists of 6 people, including the driver.

The main armament of the self-propelled guns is a 155-mm gun with a barrel length of 52 caliber. The gun is located in the rear of the chassis on a special platform. It is reported that the range of vertical guidance of the gun is from 0 to +67.5 degrees, horizontally, the gun is aimed 25 degrees to the left and right of the vehicle axis. Transportable ammunition is located in the middle of the self-propelled artillery unit. The gun is equipped with a rammer, the maximum rate of fire of the installation is 4-6 rounds per minute.

The firing range directly depends on the use of propelling charges. At the same time, judging by the length of the gun barrel, the firing range of the ACS PLC-181 is unlikely to differ from most similar artillery systems and, using conventional high-explosive fragmentation ammunition, is at the level of 30 thousand meters. At the same time, according to the assurances of the Chinese side, using active rockets with a bottom gas generator, the maximum firing range of the installation exceeds 50 thousand meters. Together with the gun, the entire range of 155-mm ammunition, which is also manufactured by Norinco, can be used. Including guided ammunition with laser and satellite targeting systems. It is also possible to use Russian Krasnopol guided missiles, export versions of which are produced in 155 mm caliber. 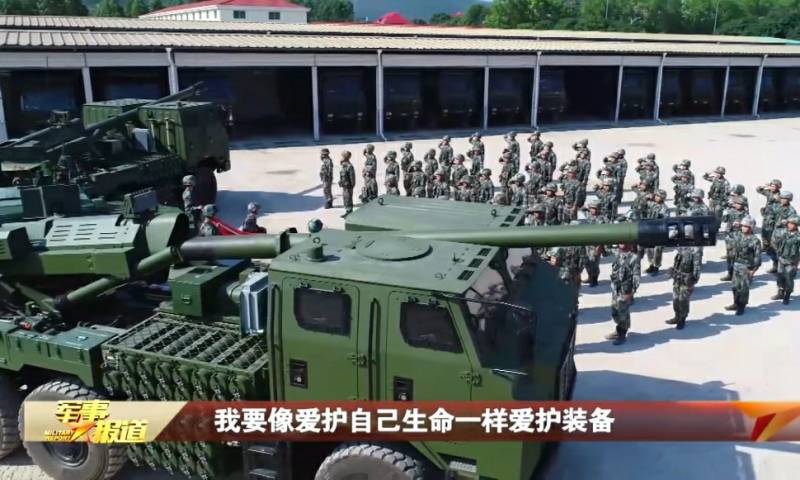 It is worth noting that the new Chinese howitzer is armed with an artillery mount with a barrel length of 52 caliber. According to this indicator, it corresponds to all modern analogues on the market. For example, the G6-52 wheeled self-propelled howitzer made in South Africa or the German self-propelled gun PzH 2000 on a tracked chassis, which is still one of the best in its class. The newest Russian self-propelled gun 2S35 “Koallitsiya-SV” also competes in the same weight category. The version of the “Coalition” on the wheeled chassis of a KamAZ vehicle with a wheel arrangement of 8×8 is currently under development, this modification is known under the designation “Coalition-SV-KSH” and already exists in metal.

The new Chinese wheeled ACS PLC-181 has good export potential. The novelty has already received the SH-15 export index and is actively promoted in international markets. It is known that Pakistan became the first buyer of a self-propelled 155-mm howitzer, which acquired a very large batch of artillery mounts. It should be noted that Pakistan is China’s traditional partner in the purchase and joint production of weapons. There is an obvious parallel here. Since Russia is one of the main suppliers of weapons to India, Pakistan is forced to look for alternative procurement options, primarily by working with Beijing, which is increasingly competing on the international arms market with Russian equipment, especially in the markets of developing countries. 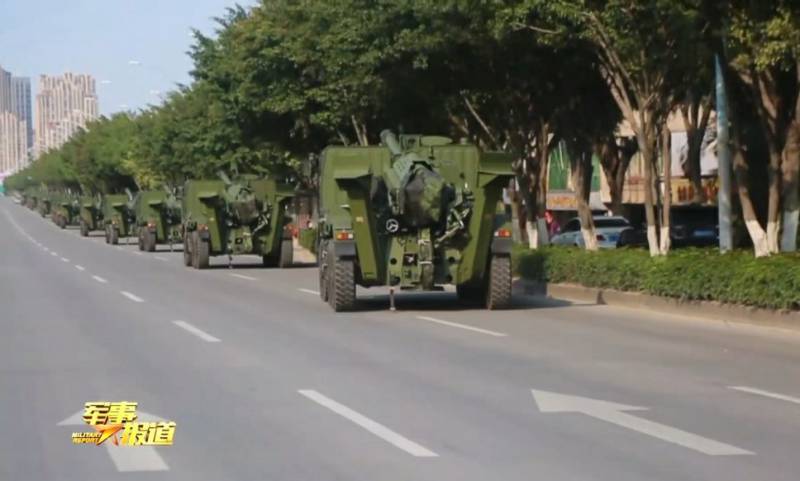 It should be noted that Pakistan is consistent in purchasing Chinese self-propelled guns. Back in 2013-14, the country acquired 36 Chinese-made SH-1 wheeled howitzers. This export 155-mm howitzer, also developed by specialists from the Norinco concern, was also supplied to the Myanmar army. The show in Pakistan of the new Chinese self-propelled gun SH-15 took place at the end of 2018. The overseas debut took place in November and took place as part of the IDEAS International Military Exhibition, which was held in Karachi. The new artillery system of Chinese production immediately interested the Pakistani military. At the same time, Pakistan became the first foreign country in which a new Chinese howitzer was shown.

As it became known at the end of December 2019, Pakistan purchased from China 236 new SH-15 self-propelled howitzers on a 6×6 vehicle chassis. The Indian website News Nation reported on the signing of a contract between Pakistan and the military-industrial corporation Norinco on December 24, 2019. It is alleged that the contract for the supply of an export version of the 155-mm PLC-181 howitzer was signed last summer. At the same time, the deal was valued at USD 512 million. The signed agreement provides, in addition to the transfer of the howitzers themselves, a package of technical support and maintenance measures, the supply of artillery ammunition adapted for the Pakistani army, the supply of spare parts, as well as the transfer of necessary technologies. Taking into account additional options, it can be assumed that each ACS cost the Pakistani military about two million dollars.