Launch of “Armor-piercers” missiles on tests

The Russian industry has completed work on a promising unguided aircraft missile S-8OFP “Armor-breaker”. As it became known the other day, the production of such products has begun and documents are being prepared for their official acceptance into service. All necessary procedures will be completed next year.

On May 25, TASS published a statement by the executive director of NPK Tekhmash, Alexander Kochkin. He said that the concern had manufactured the first batch of promising NARs for use in the framework of experimental military operation and testing of combat use. The products were produced at the expense of the manufacturer, and he hopes that the Ministry of Defense will start the necessary measures in the near future.

At the beginning of 2019, the Tekhmash management announced the completion of state tests of the S-8OFP product and the imminent start of experimental military operation. However, the real terms for the transfer of the missile to the troops have shifted. According to A. Kochkin, this is due to a change in the terms of reference. In the very near future, the customer will adjust the requirements, which will allow the work to continue.

On May 27, a representative of NPK Tekhmash again disclosed some details of the current work, this time in an interview with RIA Novosti. The concern is ready to launch the production of new NARs in the interests of the aerospace forces. Serial deliveries are planned to begin as early as 2021. 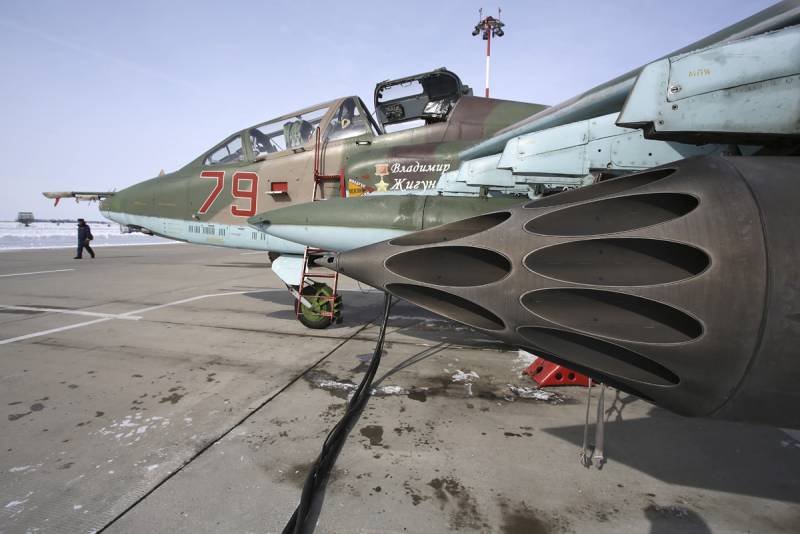 The issue with the terms of reference was successfully resolved, the Ministry of Defense made the necessary changes. Now his task is to prepare documents for the official adoption of the NAR into service, and this work will begin in the coming days. How long it will take is not specified.

A new example of an old family

Let us remind you that the S-8OFP “Armor-piercer” unguided missile is another representative of the rather old family of S-8 aviation ammunition. The development of this line of NAR has been going on since the mid-sixties, and to date it includes a dozen products for various purposes with different characteristics.

The development of a new version of the old rocket was carried out at NPO Splav, which is part of the NPK Tekhmash. The latter, in turn, is included in the management loops of the Rostec state corporation. The main goal of the project was to create a NAR with an increased flight range and a fundamentally new penetrating warhead for the family.

The materials on the S-8OFP project were first shown to the public in 2014. After that, NPO Splav completed the design and brought the rocket to testing. For the first time, such works were reported in May 2018. Then it was argued that by the end of the year, “Armor” will pass state tests. In February 2019, Techmash reported on the successful completion of these events. Soon there was information about the imminent adoption and launch of the series.

The new missile “Armor-piercer” is made in the old form-factor of C-8 products, which ensures compatibility with existing launch blocks. At the same time, completely new components and solutions are used, which provide a significant increase in the main characteristics. 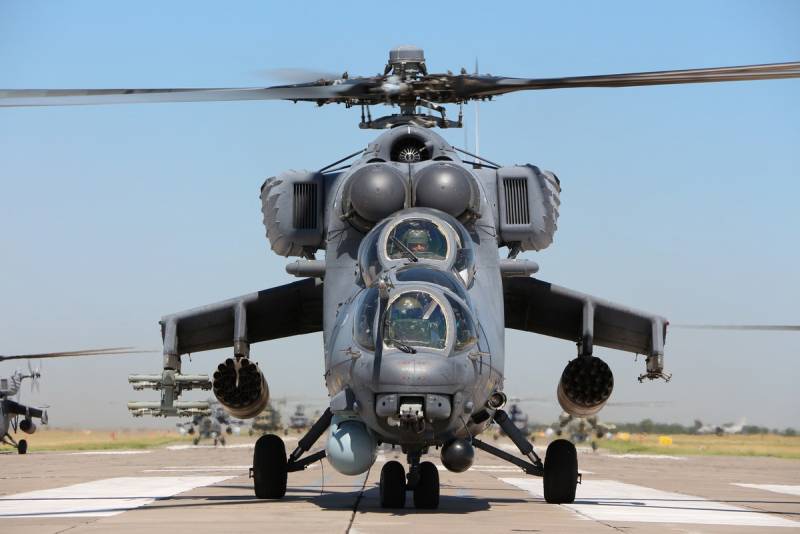 The caliber of the S-8OFP rocket remained the same – 80 mm. The length of the product reaches 1500 mm and generally corresponds to other members of the family. Launch weight – no more than 17 kg. The rocket has a cylindrical body with a tapered head. The tail unit in the transport position is laid on the body by turning to the side; at launch, it opens up, ensuring the promotion and stabilization of the rocket.

“Armor-piercer” receives a new high-explosive fragmentation warhead of a penetrating type – this particular feature is included in the “OFP” index. A warhead weighing 9 kg carries more than 2.5 kg of explosive and has a hardened body with an internal notch for the formation of fragments. The warhead is equipped with a dual-mode contact fuse. It can be set to detonate upon contact with a target, or with some slowdown – to break through an obstacle and detonate behind it.

For the new NAR, a solid-propellant rocket engine with increased energy performance and dimensions of the previous products has been developed. With its help, flight is provided at a distance of up to 6 km. For comparison, the most advanced modifications of the NAR C-8 have a range of no more than 3-4 km.

Due to the preservation of the old form factor, the S-8OFP product can be used with all existing pendant launchers. Such devices can carry from 7 to 20 missiles. Accordingly, the new NAR can be used by a wide range of domestic aircraft and helicopters of front-line aviation. Apparently, for the effective use of unguided weapons with modified flight and energy characteristics, additional adjustment of fire control systems is required. 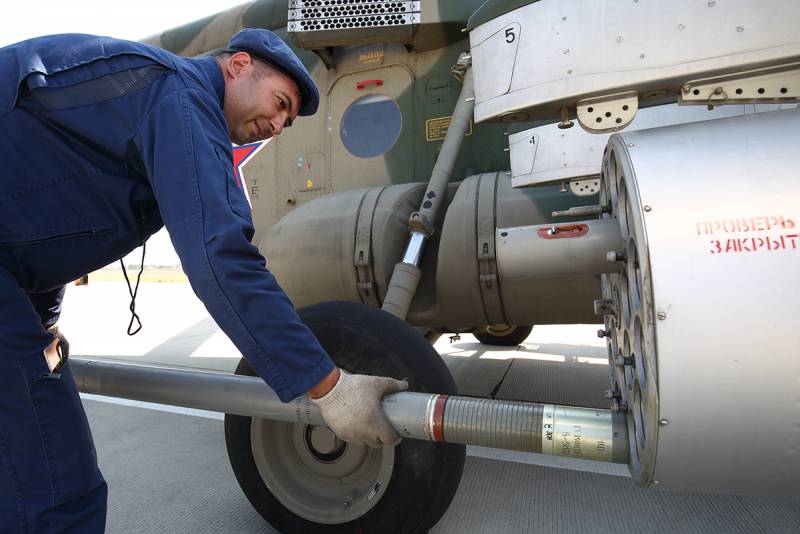 According to domestic media reports, the Su-25 attack aircraft will first of all receive the new weapon. It is also intended for attack and multipurpose helicopters of several types. However, as supplies and implementation progresses, “Armor-fighter” may become part of a typical combat load and other aircraft capable of using S-8 or other NARs.

The S-8OFP “Armored Boy” unguided aircraft missile is of great interest to the Aerospace Forces in the context of solving a wide range of combat missions. Despite the emergence of high-precision systems, the NAR remain the most important part of the front-line aviation armament complex, and the new product expands the range of available ammunition and provides previously absent capabilities.

One of the main advantages of the Armor-Piercer over its predecessor is associated with the new engine. With its help, the firing range is increased by 1.5-3 times in comparison with various types of NAR. This simplifies the construction of a combat approach and reduces the likelihood of a number of enemy anti-aircraft weapons entering the engagement zone. In addition, the new engine compensates for the significant increase in the mass of the rocket itself and its warhead.

The new high-explosive fragmentation penetrating warhead is several times heavier than the combat equipment of other versions of the NAR S-8. So, the basic S-8 carried a 3.6-kg warhead with 1 kg of explosives. Concrete-piercing NAR S-8B and S-8BM carried warheads weighing up to 7.4 kg, but with a reduced charge. The promising “Armor-piercer” combines a large mass of a charge and a warhead as a whole.

The rugged body of the warhead provides penetration of various obstacles, which can be used when detonating with a delay. There is a possibility of breaking through brick and concrete buildings, earthen embankments, etc. Also, S-8OFP becomes an effective tool against lightly armored enemy vehicles. Targets with stronger defenses can suffer serious damage, affecting combat effectiveness. 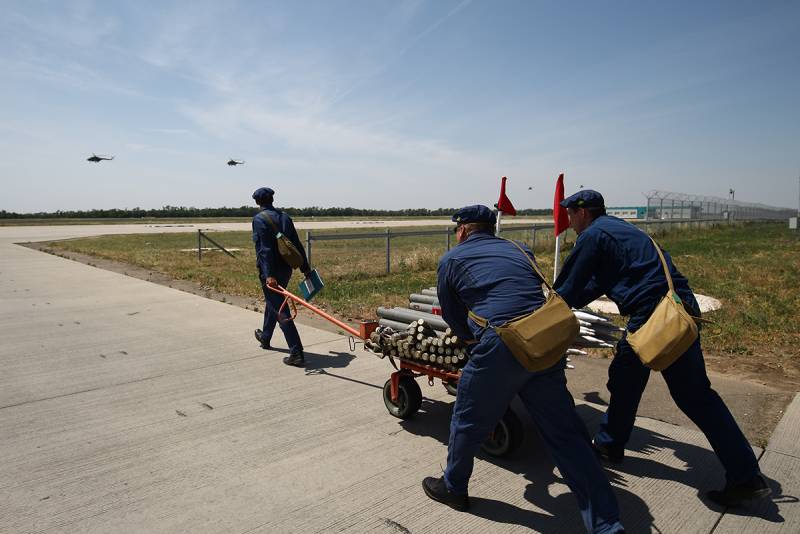 Transportation of ammunition. Soon, new NAR S-8OFP will be transported this way

The possibility of undermining after breaking through an obstacle will be useful when attacking enemy buildings and / or manpower hiding in them. The destruction of such an object with the help of high-explosive fragmentation warheads is associated with a significant consumption of ammunition, and a penetrating charge can provide substantial savings – especially given the relatively low accuracy of the NAR.

Despite all the innovations, the “Armor-fighter” remains an unguided missile, which reduces the possible hitting accuracy and increases the ammunition consumption for hitting a small-sized target. As in the case with other NARs, this problem is solved through the use of modern weapons control systems. A significant part of the attack aircraft of the Russian Aerospace Forces has already received the SVP-24 Gefest sighting and navigation system, which provides an increase in the accuracy of unguided weapons.

According to known data, a radical solution is also being prepared – a guided missile based on the existing NAR. Recently, a project of an ammunition with the code “Monolith” has regularly appeared in the news. According to some reports, this missile is made on the basis of the “Armor-piercer” with various design changes, as well as the introduction of homing means. Thus, the new “Monolith” will combine the characteristics of the NAR with increased accuracy.

According to Tekhmash, a prototype of the Monolith product will be ready only in 2-3 years, and the basic Armored Gun will go into production next year. It follows from this that after 2021, for several years, videoconferencing will be able to use only the uncontrolled version of the S-8OFP – although in the future there will be a wider choice.

According to recent reports, the newest unguided aircraft missile of the S-8 family has passed the necessary checks, after which it is preparing for experimental military operation and for adoption. At the same time, work continues on its improved version, probably equipped with homing means.

Thus, the development of the NAR line, which began more than half a century ago, continues to this day and gives the desired results. The concept of an 80-mm unguided missile has not yet exhausted its capabilities, and the emergence of new technologies and components allows its continued development. Thanks to this, already next year, our VKS will receive the Armored Boy product with improved capabilities, and in the future they will have a more perfect and accurate Monolith.