In mid-January, the Pentagon adopted an updated version of its Arctic strategy. A few days ago, an unclassified portion of this document was published called Regaining Arctic Dominance. It indicates the main threats and challenges of the present time, as well as lists the tasks and plans for the near future. For obvious reasons, the document pays great attention to the threat posed by Russia and China, as well as ways to counter it.

The authors of the strategy remind that the Arctic remains the subject of increased interest of a number of countries, some of which are at a certain distance from this region. This interest is related to natural resources, logistic potential, military-political aspects, etc.

The main competitors of the United States in the Arctic region are Russia and China. Moscow has direct access to the Arctic and views it as a strategically important area for economic, military and political reasons. For China, the main interest is cargo transportation along the Arctic routes, although other features of the region will not be ignored. 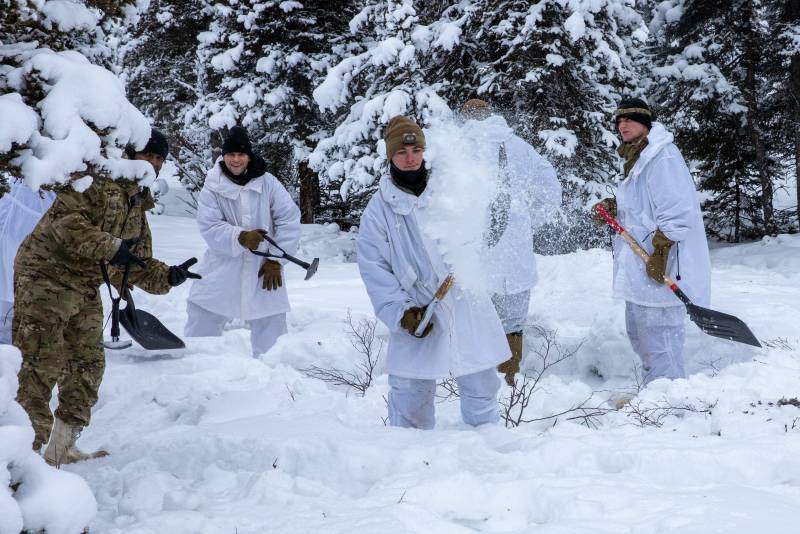 Paratroopers of the 25th Infantry Division during an exercise, February 2021.

In such a situation, the United States plans to maintain and defend its leadership positions in the region, incl. at the expense of military force. At the same time, the existing grouping in the Arctic is far from fully consistent with the current tasks and proposed development plans. Accordingly, the demonstration of the flag turns out to be not so effective, and the combat capabilities are seriously limited.

Traditionally, the focus in the Arctic has been on air and missile defense issues. Other forces are less represented in the region. Thus, the ground forces have only three bases near the Arctic Circle, all located in Alaska. The total number of personnel is less than 12 thousand people. Another 2 thousand serve in the National Guard, and the same number is in reserve. The Air Force and Navy are represented mainly on patrols.

The Regaining Arctic Dominance strategy proposes the development and improvement of the organizational and staff structure in the Arctic, incl. by creating new formations. It is also necessary to increase the size of the army grouping and strengthen it with the help of certain forces and means. Particular attention should be paid to the preparation of troops for work in a harsh climate. The resulting grouping must work in all conditions and fulfill the entire range of tasks. 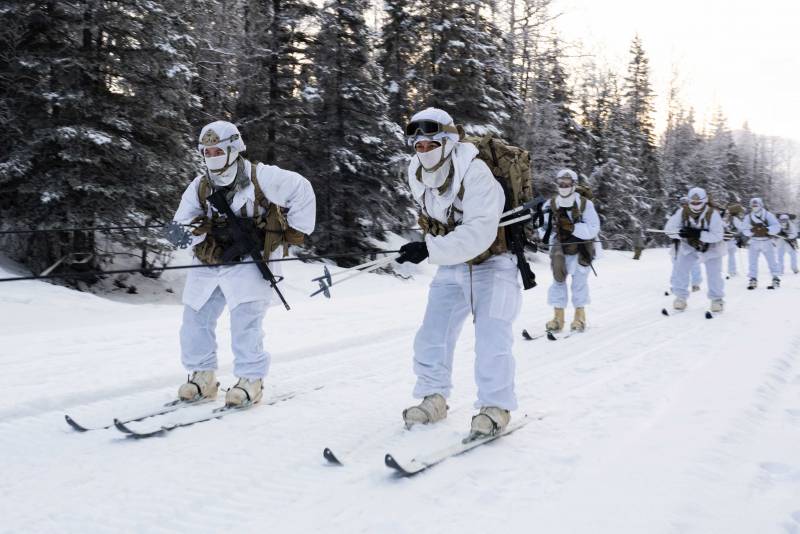 The key idea of ​​the strategy is the creation of a “multimedia connection” MDTF (Multidomain Task Force). A unit similar in composition to a division will be deployed in Alaska. It will include a headquarters, support units and several brigades of various kinds. All of them must be equipped and trained to work in difficult northern conditions. To support the activities of the MDTF, training centers, training grounds, etc. can be created and modernized.

There are several key issues to address when creating an MDTF. First of all, it is logistics. The new structure will be deployed in a remote region, and some parts may end up in difficult terrain. Without the organization of a constant and full-scale supply, MDFT simply will not be able to cope with its tasks. It is also necessary to solve the problem of energy supply, taking into account the specifics of the region and logistics.

Particular attention should be paid to equipping and training troops. The fighters and their equipment must be protected from the harsh climate. A technique is needed that can work equally effectively at any time of the year, including extremely cold periods. It is also necessary to solve the problem of communication and navigation, taking into account the electromagnetic characteristics of the Arctic. All these issues can be solved by upgrading existing samples or by creating new ones. 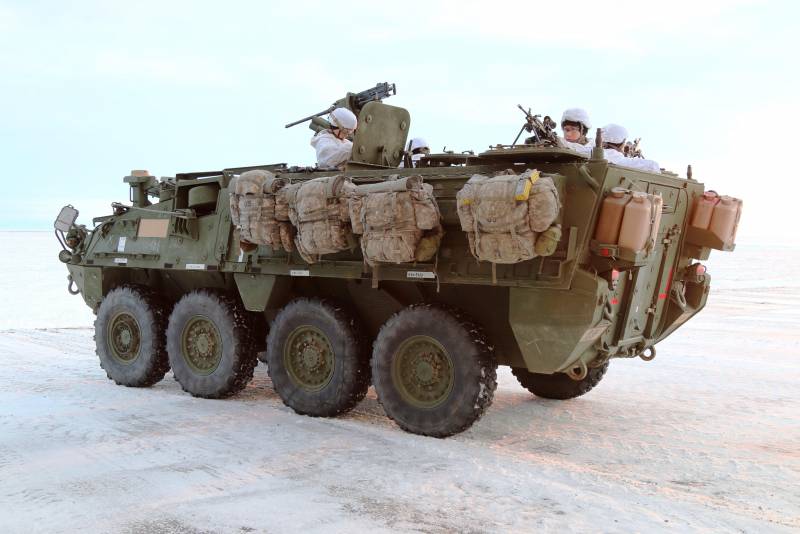 The MDTF will include units from different types of ground forces. To expand combat capabilities in the northern direction, it is proposed to strengthen this structure with the help of the Air Force and the Navy. Regaining Arctic Dominance’s strategy proposes to experiment with “multimedia operations” to determine their real potential.

It will take some time to create new structures in the Arctic direction. It is necessary to form the exact composition of the future formation of the MDTF, determine its needs, and then draw up a plan for further construction, taking into account both combat capabilities and auxiliary issues.

In the meantime, the Pentagon will have to use only those troops and forces that are already available in the strategic northern direction. They will have to be updated, modernized and strengthened, incl. for further use as a basis for new structures. In addition, it is necessary to maintain the proper level of training, both in independent work and in interaction with allies.

In February, it was announced that the US and Canada had agreed to carry out a new upgrade of the NORAD system. Such processes will take several years and will expand the combat capabilities of joint air defense in accordance with the emergence of new threats. In addition, it is planned to launch an “expanded dialogue”, during which issues of developing cooperation in various fields, including security, will be considered. 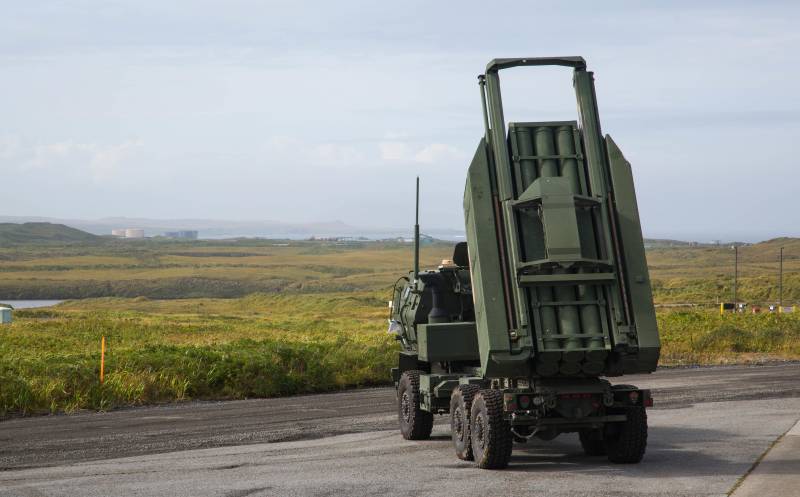 As part of raising the level of training in the Arctic, American and joint exercises are regularly held. So, last year, before the introduction of quarantine measures, two major international events took place in North America and Europe.

A large number of maneuvers were and are being carried out by the Pentagon without the participation of foreign military personnel. In early February, an exercise with paratroopers from the 25th Infantry Division landed in Alaska. Right now, the US and Canada are conducting exercises as part of NORAD. The Amalgam Dart 2021 maneuvers started on March 20 and will last until the 26th. Crews of radar and anti-aircraft systems, combat aviation, etc. are involved in the fight against a mock enemy.

The new strategy Regaining Arctic Dominance repeatedly mentions Russia – primarily as a strategic adversary. So, describing the situation in the Arctic, the authors of the document considered the main opportunities and needs, as well as the real steps of Russia. In particular, they note the Russian interest in the polar natural resources and the ability to realize such an interest.

The document lists Russian actions in recent years. So, in 2001-2015. measures were taken to expand possessions at the expense of the continental shelf. Since 2010, the restoration of air bases and radar systems has been underway. A “protective dome” has been created over almost all northern borders of the country. The S-400 and Pantsir-S1 anti-aircraft systems are being deployed, as well as the Bastion coastal missile systems, which are responsible for repelling air and surface attacks. 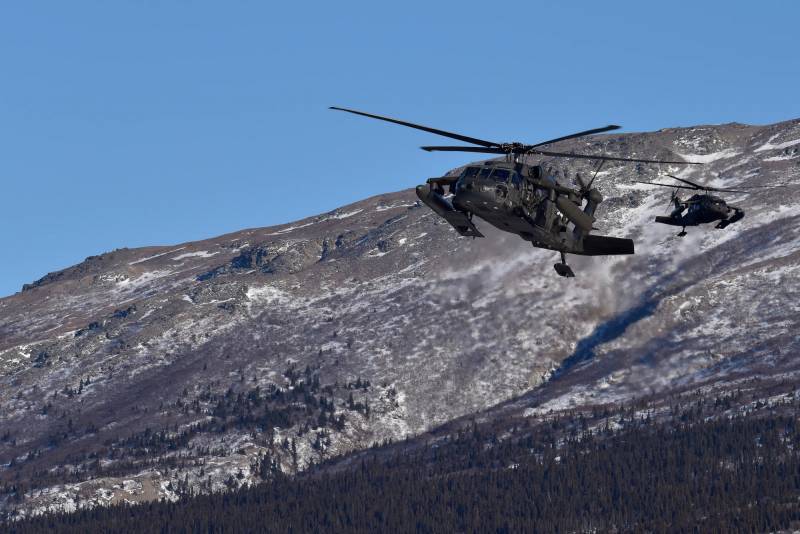 The modernization of the Arctic grouping is carried out against the background of other processes of updating and strengthening the Russian army. The quantitative and qualitative indicators of surface and submarine forces are growing, new systems are being introduced. All this, according to the Pentagon, leads to increased risks to US national security.

The mutually beneficial fruitful cooperation between Russia and China is noted. At the same time, in the Arctic, the two countries are still limited only by interaction in the field of mining. It is assumed that the Chinese presence in the Arctic will grow, and Russia will help a friendly country. However, the intended goals and objectives of the two countries, as well as the prospects for the development of the region in connection with them, remain unknown.

Leading countries have long been open about their interest in the development of the Arctic. Its main reasons are related to the economy, namely, with minerals and cargo transportation. A direct consequence of this is the increased attention to the region in terms of national security and the strengthening of army groupings. As a result, the US Department of Defense regularly studies the current situation and proposes various measures. So, in January, another version of the Arctic strategy appeared, replacing the previous document in 2019.

The main goals and objectives in the updated strategy remain unchanged. The United States plans to maintain its global leadership, and the Arctic should be no exception. It is proposed to demonstrate the flag and exert pressure on the competing powers, which requires the development of an army grouping in the Arctic direction. The most visible and important proposal in the new strategy is the creation of a “multi-domain connection” MDTF. In the previous plans, they did without a radical restructuring of the organizational and staff structure.

The implementation of the new Arctic strategy will take several years, and its first results should be expected by the middle of the decade. In the future, it is possible to adopt new similar documents with certain corrections or additions. What they will be is not yet clear. However, it is obvious that the goals of the new strategies will remain the same – ousting competitors and gaining leadership positions in the Arctic.