Optoelectronic systems of the “Okno-M” complex

The Russian space forces have a developed outer space control system (SKKP), which includes a variety of ground complexes. In the near future, this system will undergo modernization – it will include new components with various capabilities. It is expected that this will greatly increase the potential of the system as a whole.

On the eve of Space Forces Day, the Krasnaya Zvezda newspaper published an interview with the commander of the 15th Special Forces Air Force, Lieutenant General Andrei Vyshinsky. The topic of the conversation was the current state and prospects of the space forces as a whole and their individual components, incl. SKKP.

The general recalled that the Main Center for Space Situation Reconnaissance is responsible for the continuous monitoring of near-earth space. This structure unites many ground complexes located in the Moscow Region, Altai Territory, Karachay-Cherkessia, the Far East and Tajikistan. To monitor the situation, radio engineering, optoelectronic and laser systems are used.

According to A. Vyshinsky, a new network of radio-technical and optical-electronic control complexes will be deployed in the coming years. These will be new generation tools, made on a modern element base and using up-to-date technologies. Such objects will appear in Altai and the Far East, as well as in Buryatia and Crimea.

The use of modern technologies will significantly improve the capabilities of the complexes and the entire SKKP as a whole. Having received such objects, the space forces will be able to control the entire near-earth space in the maximum range of altitudes and in all orbital inclinations. 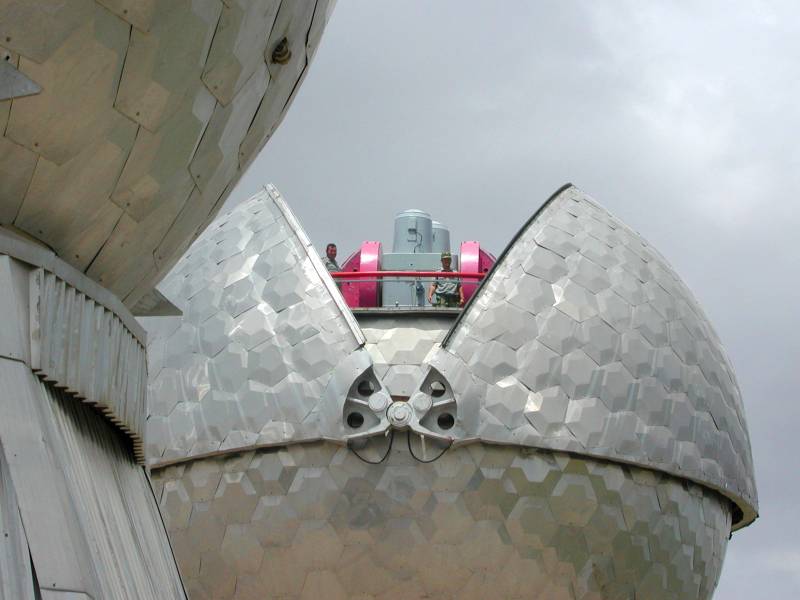 At the same time, the commander of the 15th Army did not specify exactly which complexes are being prepared for combat duty, what characteristics they show, on which sites construction is planned, etc. Probably, details of this kind will be announced later.

To date, a fairly large and efficient SKKP has been created and deployed, which provides observation of near-earth space and tracking of various objects. Information from the detection means is sent to command posts, where the data is constantly analyzed, the Main Catalog of space objects is maintained, and potential hazards for the space constellation are calculated.

The SCKP itself includes several facilities located in different regions. In addition, interaction with the missile attack warning system, with facilities of scientific organizations, etc. is provided. Thus, the JCCS is able to independently cope with the assigned tasks, and the help of third-party funds increases the efficiency of its work.

One of the main objects of the SKKP is the radio-optical complex for recognition of space objects (ROKR KO) “Krona”, located on Mount Chapal (KCR). It includes two radars “A” and “H” of the decimeter and centimeter range, a three-channel laser-optical locator, as well as a command post and support equipment. Radar stations from the “Krona” are capable of tracking objects in the upper hemisphere with a radius of 3500 km. The viewing range of optical means is up to 40 thousand km.

A simplified version of the ROKR KO “Krona” is deployed near the city of Nakhodka. Complex “Krona-N” received only decimeter radar. A centimeter locator and optical means are absent, which limits the characteristics of the complex. Another object “Krona” was supposed to appear in Tajikistan, but it was abandoned at the construction stage. 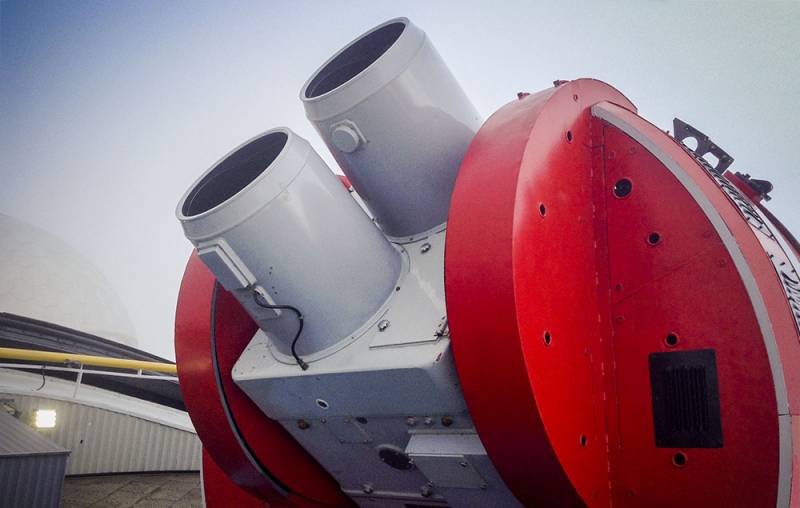 On the territory of Tajikistan, near the city of Nurek, the optical-electronic complex “Okno-M” is on duty. It includes several search telescope stations, a tracking station, a command and computer center, etc. The Okna-M stations operate at night and search for objects by the reflected light of the Sun. The detection, tracking and calculation of the orbits of objects larger than 1 m at altitudes from 120 to 40 thousand km was provided.

A radio-technical complex for monitoring emitting spacecraft “Moment” has been deployed in the Moscow region. According to some reports, this is a mobile complex with the ability to quickly transfer and deploy. It must detect radio signals from space objects and determine the parameters of the orbits from them, giving data to other components of the SKKP.

Early warning radars are also involved in space tracking, but formally they do not belong to the SKKP. Due to the specifics of their work, such stations are capable of detecting and tracking orbital objects. Thus, the well-known Don-2N radar provides all-round visibility at a distance of more than 3.5-4 thousand km and heights of up to 40 thousand km. Other early warning radars differ in their characteristics, but they can also provide data on the space situation.

According to the commander of the 15th Special Forces Army, in the near future, new objects will appear as part of the SKKP. The regions for the deployment of such complexes are indicated, but specific types, purposes and capabilities are not named. However, it was mentioned that the appearance of these complexes will increase the overall capabilities of the outer space control system.

Some details of the development of the SKKP were announced back in the middle of the 2000s. It was at this time that the Moment complex was first mentioned in open sources. At the same time it was reported that one of the tasks of the defense industry and the space forces is to create a network of such complexes. The locations of the deployment, the required number and timing of the work were not specified. Since then, new information about the deployment of “Moments” has not appeared. 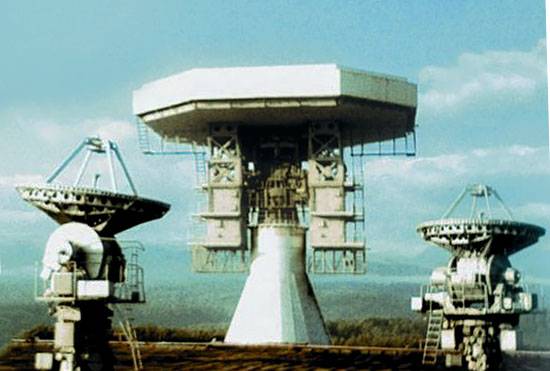 Antennas of the “Krona” complex

Lieutenant General Vyshinsky said in a recent interview that the new components of the SKKP are built on a modern element base and use modern technologies. This may indicate the development of fundamentally new complexes, similar to the existing ones only in their functions and tasks to be solved. At the same time, detailed information on the development of new radar or optical-electronic means for the SKKP has not yet appeared in open sources.

It can be assumed that, in the interests of the JCCS, fundamentally new complexes are being developed and, possibly, are already being built. As the experience of operating the existing system shows, both radars and telescopes are needed to effectively monitor the situation in near-earth space, which indicates the composition of future complexes. In addition, there is a need for fast and efficient data processing, communication and management tools.

At least four new complexes will be built in addition to existing JCC facilities. In fact, the number of complexes from the system will double, and half of such a group will have a modern composition and improved characteristics. It is obvious that such an update of the control system will have a positive impact on its capabilities.

The proposed measures for the development of the SKKP are the next step in modernizing the space forces and strengthening the defense capability of the armed forces as a whole. Such processes continue almost without interruption and cover all major areas. New radars for early warning systems are being built and the existing ones are being modernized. The satellite constellation is being updated. In the recent past, “Krona” and “Okno-M”, monitoring space, took over on duty in full force.

Now the space forces are waiting for new models of equipment for monitoring the situation in near-earth space. Their appearance will lead to the quantitative and qualitative growth of the SKKP and will make a significant contribution to the strategic defense capability.