Since 2018, the French military and shipbuilders have been working on the design and construction of a promising aircraft carrier. In the distant future, it will have to replace the only existing ship of its class, Charles de Gaulle. Until now, work in this direction was in the very early stages, but in the near future the French leadership may start the design process.

From idea to order

The topic of building an aircraft carrier to supplement, and then to replace “Charles de Gaulle” with varying activity has been discussed for several years, but the matter did not go further. This changed in 2018. At Euronaval 2018, Armed Forces Minister Florence Parley announced the launch of research work on the Porte-Avions de Nouvelle Génération or PANG.

Over the past two years, specialized organizations in France have carried out a number of major studies and formed general recommendations for a promising aircraft carrier. The French media report the existence of several options for the appearance of such a ship with certain features. The customer, represented by the military and political leadership, will have to choose the most successful one and start its detailed study.

Not so long ago, in May, F. Parley announced that the work on the current part of the PANG program has been completed, and the country’s leadership is preparing to make the necessary decisions on time. However, a specific date for the announcement of the current research results was not named. At the same time, some technical details became known, as well as the specifics of disputes around key components of the project, such as the power plant. 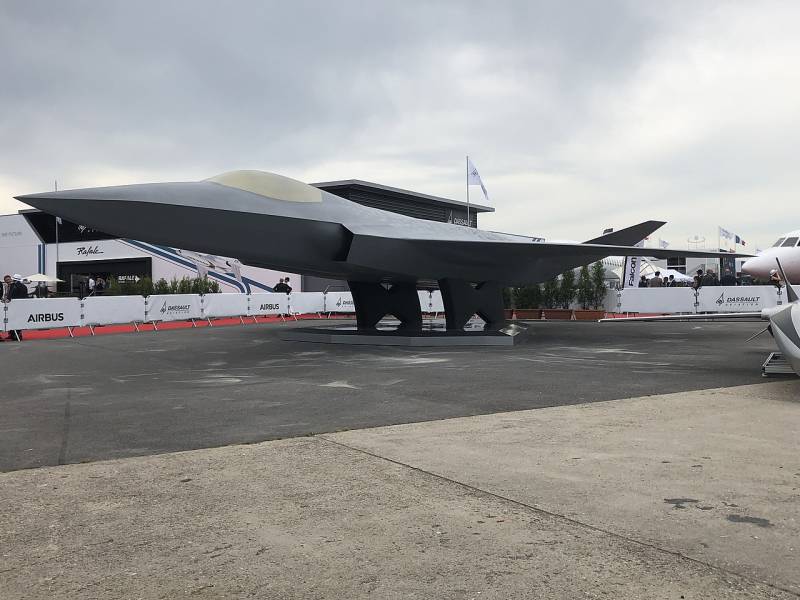 Model of a promising fighter SCAF. Its deck version can be used on the PANG. Photo Wikimedia Commons

Apparently, several preliminary projects have already been presented to the country’s leadership, up to President Emmanuel Macron. It is expected that in the near future the French leadership will choose the best project and approve its development. Some foreign media outlets believe that a corresponding decree and a contract for further work will appear on a holiday – July 14.

The face of the coming

In May, the Minister of the Armed Forces mentioned that some of the features of the future PANG have already been determined, but there is no consensus on the power plant and some other issues. However, technical details were again not provided.

On July 8, a group of French senators published an interesting report on the progress and prospects of the PANG program. This document describes the current challenges and problems, how to solve them – as well as the best options for characteristics, architectures, etc. Not only the aircraft carrier itself is being considered, but also its aviation group, incl. from the point of view of prospects in the distant future.

According to the report, an aircraft carrier with a displacement of approx. 70 thousand tons and a length of 280-300 m. For comparison, the current Charles de Gaulle has a length of approx. 260 m and a displacement of “only” 43 thousand tons. These dimensions are related to the characteristics of the intended aviation group. The Charles de Gaulle is built for the Dassault Rafale-M fighters, and the new PANG proposes to use the next generation aircraft, which are expected to be larger and heavier.

The optimal scheme is CATOBAR with a flat flight deck, incl. with angular, catapults at take-off positions and aerial cable control. It is proposed to consider the possibility of purchasing the American electromagnetic catapult EMALS. This will ensure the compatibility of carrier-based aircraft within NATO, and will also allow France not to waste time and effort on its own system of this kind. In addition, due to the high flexibility of the application, EMALS will allow the launch of aircraft with different masses. 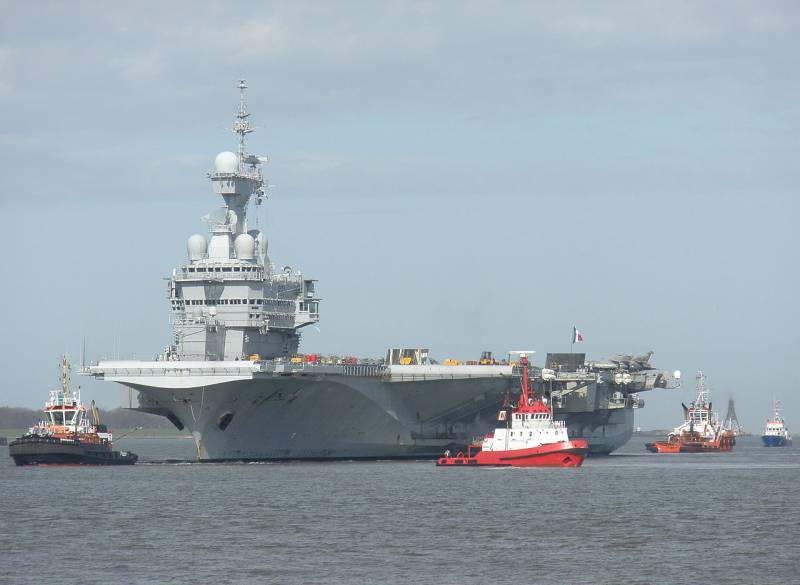 Charles de Gaulle is the only aircraft carrier of the French Navy. Photo Wikimedia Commons

Controversy continues over the main power plant. A very profitable option looks like a nuclear reactor, capable of providing all the needs of the ship and giving some margin of performance. It is also important that the development of nuclear power plants will support the French nuclear industry. However, such a power plant is more complicated and more expensive than other options. In addition, a ship with nuclear power plants will have to be taken out of service for 18 months for medium repair and recharge of the reactor every 10 years.

There is no consensus on the power plant yet. The military is interested in obtaining a nuclear aircraft carrier with all its advantages, but lawmakers and the country’s leadership may disagree with them. What the new ship will be will become clear later.

By automating a number of processes, it was found possible to reduce the crew by 10% in comparison with Charles de Gaulle. This means that there will be no more than 1080 sailors and officers on the PANG. Demands are being expressed for an increase in comfort in living and utility compartments in comparison with the current ship. To reduce the load on sailors while maintaining combat effectiveness, it is possible to form two replacement crews.

PANG will become the core of the aircraft carrier group, which makes special demands on the radio-electronic complex on board. Approximate requirements for radars and other systems are already known, but the exact types of products have not yet been determined. In general, there will be no fundamental differences from Charles de Gaulle – but only modern and newly developed systems will be used.

The main means of observation and detection should be a radar with a circular view with AFAR. Other locators are also required, incl. to control the fire of specific combat systems. The ship needs communication and control facilities that meet the current requirements of the Navy. It should work successfully within the framework of a single information and control field as its key element. 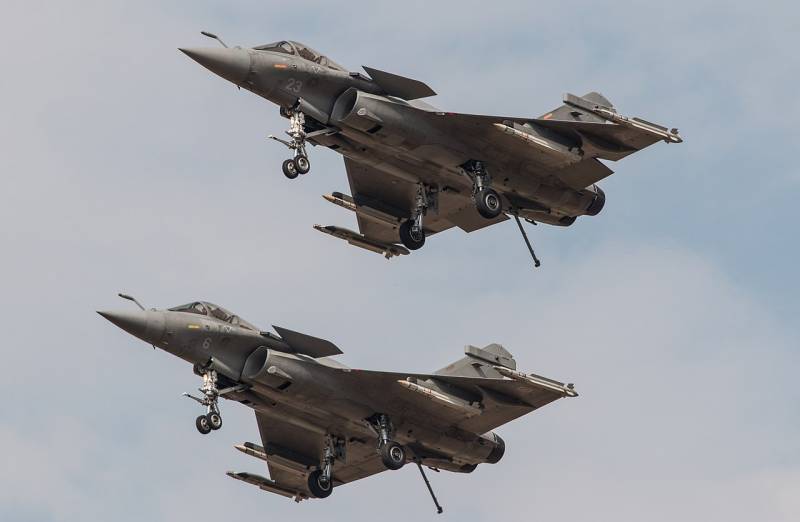 The basis of the French carrier-based aviation is the Dassault Rafale-M fighter-bombers. Photo Wikimedia Commons

On “Charles de Gaulle” for self-defense there are anti-aircraft guns and air defense systems. PANG can receive a medium-range anti-aircraft complex PAAMS and small-caliber artillery. In the future, it is possible to use the promising PILUM rail gun, which is still at the experimental stage.

Taking into account the prospects for the development of French combat aviation, the promising sixth-generation SCAF fighter is considered the basis of the deck group. The aircraft carrier will be able to carry up to 32 of these fighters with placement on the flight deck or in the under-deck hangar. The need to use 2-3 E-2D Advanced Hawkeye AWACS or later modifications is also being considered.

Research on PANG is seriously considering the creation and use of medium or heavy unmanned aerial vehicles for various purposes. In particular, the appearance of a deck-based heavy reconnaissance and strike UAV, capable of taking on part of the tasks of manned aircraft, is possible. The takeoff and landing of such equipment will be carried out using a catapult and a finisher. The required number of UAVs has not yet been determined.

The R&D stage on the PANG topic lasted about two years, and in the near future they can give a start to the design. The shipbuilding industry will receive the final version of the terms of reference and start developing a project for subsequent construction. At the same time, France is not going to rush, since the only aircraft carrier is still coping with the load. 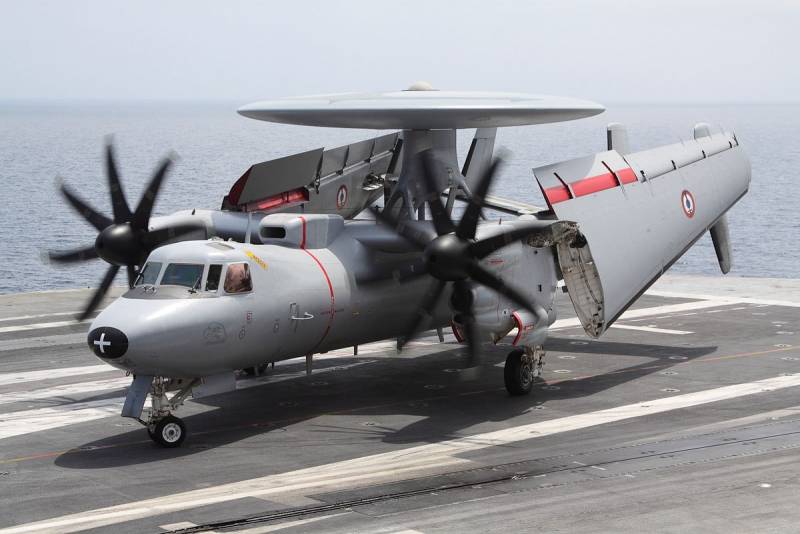 PANG construction will begin in the second half of the twenties. Launching and completion of the construction is attributed to the mid-thirties. The finished ship will enter the naval forces approximately in 2038. By this time, 37 years have passed since the acceptance of the Charles de Gaulle. The timing may be shifted to the right, but the French leadership hopes to get a new aircraft carrier no later than the fortieth anniversary of the existing one.

At the level of general ideas, the possibility of accelerating construction was considered so that PANG could begin service in 2030 or a little later. However, such acceleration imposes a lot of technical, economic and other limitations. As a result, it was considered that the gain in time does not justify other losses.

The discussion of serial construction issues continues. The French Navy is determined to get one PANG, but will not give up the second if there is no difficulty. However, such a development of events looks unlikely. The high construction costs impose serious constraints. In fact, the fleet has to choose between one nuclear aircraft carrier or two conventional ones.

The ship will be

In general, the situation with the Porte-Avions de Nouvelle Génération program looks quite interesting at the moment. France decided on the need to build a second aircraft carrier in the long term to replace the only existing ship. The rest of the issues have not been resolved yet. The exact shape of the future of PANG and its air group, technical and operational features, as well as the final cost of construction remain uncertain.

However, the situation may change in the very near future. In just a few days, E. Macron can give an order to launch a new stage of the project. And based on the results of these works, the final look, exact timing and cost of construction will become known. However, even after that, the new aircraft carrier will remain a matter of the distant future – its service will begin only in two decades.