By 2030, the United States expects to complete the ambitious Skyborg program, which could change the modern look of the Air Force and the way air warfare is waged. The goal of the program is to create combat aircraft that will be controlled by artificial intelligence. These devices are planned to be used as slaves with traditional combat aircraft, in the cockpit of which there will still be live pilots. Today many countries of the world are engaged in work in the field of “unmanned slave”.

Features of the Skyborg program

Nowadays, unmanned aircraft or robotic ground and surface equipment are no longer a surprise. Such samples have become firmly established in our life and have been registered in the armies and law enforcement agencies of many countries. But the Skyborg program is not a program to create another drone with the best set of performance characteristics. The main feature of the program is to endow the new drone with full-fledged artificial intelligence, which will help the UAV to solve a variety of tasks on the battlefield, adapting to the changing conditions of the combat situation.

US Air Force Purchasing Chief Will Roper believes Skyborg will eventually become as smart as the famous robot character R2-D2 from the Star Wars world. It is assumed that, like R2-D2, the new artificial intelligence that controls the UAV will be able to autonomously solve various tasks and quickly transmit information in order to reduce the workload on fighter pilots. It is planned that the system with an open architecture and self-learning AI will be able to learn from experience to better support human pilots in a real combat environment.

Unlike civilian developments, AI for the Air Force will need AI that is very different from what is found in the entertainment industry today. If the civilian app is wrong and the AI ​​advises you on the wrong movie or song without guessing your preferences, nothing bad will happen. In a combat situation, mistakes must not be made, since the cost of an error can be the death of a pilot. At the same time, there will be an enemy in the battle who will try to confuse or interfere with the work of artificial intelligence, which is why the Air Force will need completely new AI systems that will be protected from interference from the enemy. 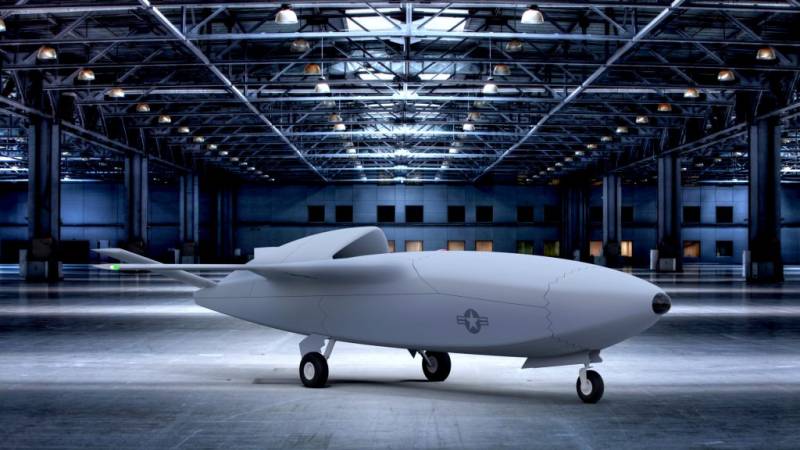 Obviously, the Skyborg program itself, as is often the case, will move not only military developments, but also the civilian sphere of artificial intelligence. The updated AI will also come in handy in the civilian sector of the economy, primarily for improving unmanned vehicles and drones used to deliver goods. In the future, such devices can completely replace drivers, couriers and postmen. At the same time, the revolution is taking place literally before our eyes, and soon we can witness how some professions for people will simply disappear.

At the same time, the US Air Force does not plan to completely replace and exclude a person from combat operations at this stage. Skyborg is an unmanned wingman program. Yes, such devices will be able to operate autonomously, but their main purpose is to act in conjunction with aircraft under the control of living pilots. The use of such UAVs with advanced AI can significantly multiply and expand the capabilities of the Air Force. First of all, in missions that pose an increased danger to manned crews or involve a large and prolonged strain of strength and attention.

The US Air Force command expects to receive UAVs at its disposal within the framework of the Skyborg project by 2030, which will be able not only to take off and land under the control of AI, but also make independent decisions in real combat conditions, constantly analyzing and processing information. In the future, “unmanned wingmen” will have to take on a large amount of work, which is currently performed by manned aircraft, removing the latter from the attack of a potential enemy. It is believed that such UAVs will be able to delegate a large number of functions: reconnaissance, jamming, monitoring the air situation, striking ground targets and even a full-fledged air battle. True, at the initial stage it is planned that the decision to defeat targets will still be made by a person. 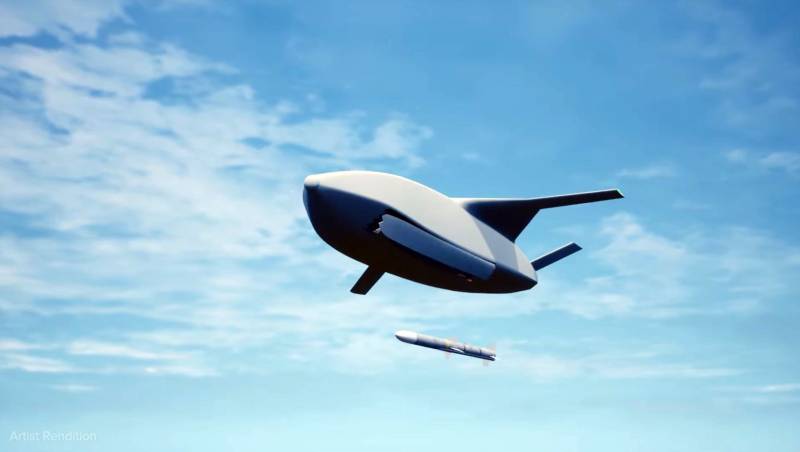 The United States Air Force believes that the Skyborg program will help not only improve the combat capabilities of aviation, but also change the way air combat and the methods of using air forces. “Unmanned wingmen” will be able to process, analyze and transmit large amounts of reconnaissance data in real time, giving information to pilots, other UAVs and ground command. Moving ahead of manned aircraft, thanks to sensors and sensors installed on board, they will be able to increase the situational awareness of pilots about the air and ground situation, as well as protect the manned aircraft from enemy missile weapons, including at the cost of their own “lives.” In this regard, such devices should not be expensive, their cost should not exceed a couple of million dollars. The balance of the reusability of the use of such UAVs and moderate losses from the possible loss of vehicles in hostilities must be observed.

Four American companies are working on the Skyborg program

At this stage, four large American companies are working on the Skyborg project and do not need additional introduction. The contracts between the United States Air Force and Boeing, General Atomics Aeronautical Systems, Kratos Unmanned Aerial Systems and Northrop Grumman Systems were awarded in July 2020. The contract for each of the companies is valued at $ 400 million, and this is the maximum amount they can count on at this stage.

It is not yet known how exactly the US Air Force will dispose of the available funding. Everything will depend on the drones presented by these companies and the assessment of their advantages and disadvantages. The next step will be the issuance of an order for the construction of prototypes of new UAVs. At the same time, the number of competing companies may decrease, but the US Air Force does not exclude that they will continue to work with not one, but several companies at once. 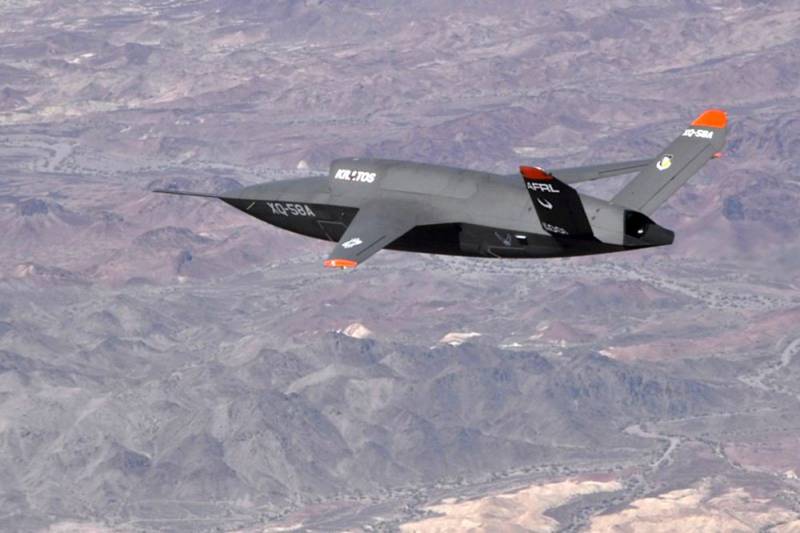 The choice of multiple drones will help push the boundaries of flight experiments, according to Brigadier General Dale White, who is the head of the US Air Force’s Fighter and Advanced Aircraft Programming Department. The US military believes that aircraft, which differ in their design features and characteristics, will help make the program more competitive. And the distinctive characteristics of the drones being developed in the future may turn out to be most useful for performing certain missions in combat conditions. By the beginning of flight tests of new drones in the United States, they expect to start in 2021. At the same time, the general noted that, although the Air Force is experiencing some funding restrictions, the work plan for 2020 and 2021 has already been approved and there will be no problems with its implementation.

The US Air Force expects that the new drones created under the Skyborg program will be able to fight not only together with the fifth generation aircraft F-22 and F-35, but also with the fourth generation aircraft – still numerous F-15, F-16 and F / A-18 of various modifications, as well as promising models of manned and unmanned aerial vehicles.

Unmanned Follower Program in Other Countries

It is worth noting that the development of the armed forces of different countries is proceeding in approximately the same vein, despite the fact that the countries have different military, financial and political capabilities. The creation of artificial intelligence systems, which could be entrusted to the aircraft, as well as the creation of full-fledged “unmanned wingmen” are working not only in the United States.

The closest and most well-known project to date is the Loyal Wingman aircraft, on which the Australian division of the Boeing aerospace corporation continues to work. This drone is being created in the interests of the Royal Australian Air Force. At the same time, there is an already assembled prototype, the roll-out of which took place on May 5, 2020. Jet UAV Loyal Wingman is designed for direct interaction with manned combat aircraft. 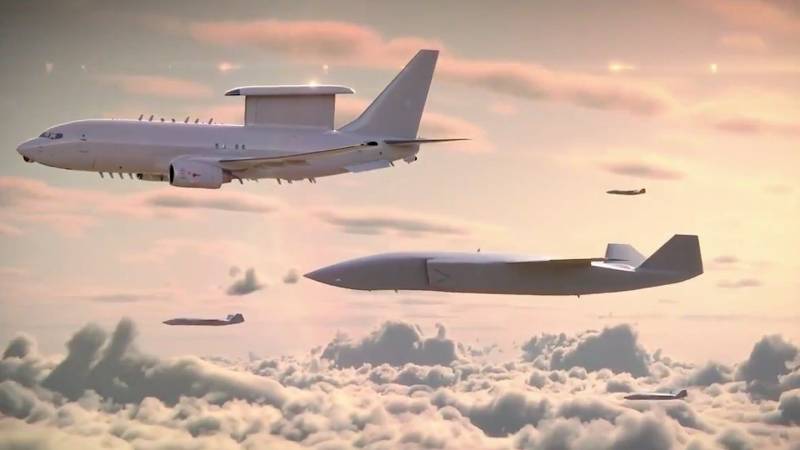 Since the mid-2010s, France, Great Britain and Japan have also been working on the unmanned wingman project, but it was Boeing’s Australian project that was the first that the world saw live. The Loyal Wingman is not only the aircraft itself, but also the Airpower Teaming System, which allows UAVs to operate in combat conditions together with other drones and manned aircraft.

In Russia, this direction of aviation development has also not been ignored. It would be naive to believe that our country does not think about the possibility and necessity of interaction between manned aircraft and drones. It is most likely that the actively developing heavy attack drone “Okhotnik”, which will be able to operate in the mode of an escort aircraft in a link with manned fifth generation fighters Su-57, can be the first to receive such capabilities. The first such flight of the S-70 “Okhotnik” UAV with the development of interaction with the Su-57 leader aircraft took place at the end of September 2019. And directly within the framework of the concept of “unmanned slave” at the forum “Army 2020” in August this year, a project was announced to create a high-speed attack UAV “Thunder”.