PLC pistol at one of the exhibitions

On February 21, the next international military-technical exhibition IDEX opens in Abu Dhabi, one of the largest participants of which will traditionally be Russia. At this event, the Russian Concern “Kalashnikov” plans to present several new developments for the first time, incl. self-loading pistol PLC. This demonstration will begin the process of promoting the pistol on the international market.

On the eve of the exhibition

The other day Kalashnikov revealed its plans for the future IDEX-2021 exhibition. All major recent developments in the field of small arms and other areas will be presented at the Concern’s stand. A number of products will be shown for the first time at a foreign site. Among them is the PLC self-loading pistol.

The Concern’s press service informs that the PLC has successfully passed the state test program by now and has confirmed its characteristics. In addition, all the necessary permits have been obtained to bring the pistol to the international market. The countries of the Middle East are considered as potential customers, among others, without specifying specific states. 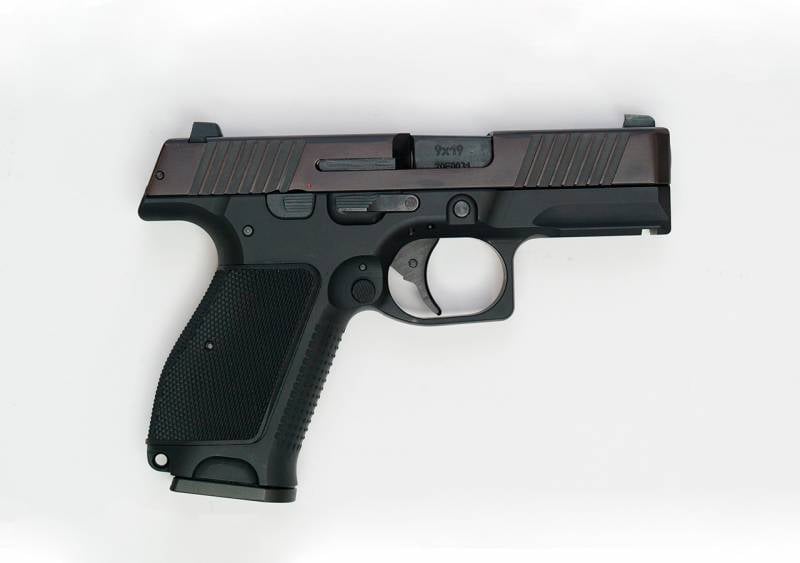 Potential customers from foreign countries have already been able to familiarize themselves with the PLC at Russian exhibitions of the recent past. However, until now they have not been able to purchase such a product due to the lack of an export permit. Now we can expect the start of negotiations and the signing of a supply contract.

The PLC self-loading pistol is another member of the family of weapons developed by D. Lebedev. In 2015, a basic sample of this line was presented under the name PL-14, and a year later they showed an improved PL-15 pistol. In 2017, two new samples were shown at once, the PL-15-01 with an updated firing mechanism and the compact PL-15K / PLC. In 2019, the development of the modernized MPL-1/2 pistol was completed. In the same period, a batch production line was prepared.

The PLC pistol is a compact self-loading weapon chambered for 9×19 mm Parabellum. The frame and casing are made of aluminum alloy and polymer. Used automation based on barrel recoil with a short stroke; locking is performed by engaging the breech with the liner ejection window.

For weapons of the PL-14/15 / PLC line, several types of trigger were developed, a trigger (with a hidden trigger) and a striker type, only double-acting. The PLC received a trigger mechanism. A manual safety lock and a slide delay are provided. The controls are symmetrical. The PLC pistol uses 14-round double-row magazines, held by a side-button latch.

The compact PLC gun has a total length of 180 mm by a height of 130 mm and a maximum width of 28 mm. Barrel length – 92 mm. Weight without cartridges – 730 g. Additional equipment can be installed on the casing and under the barrel. 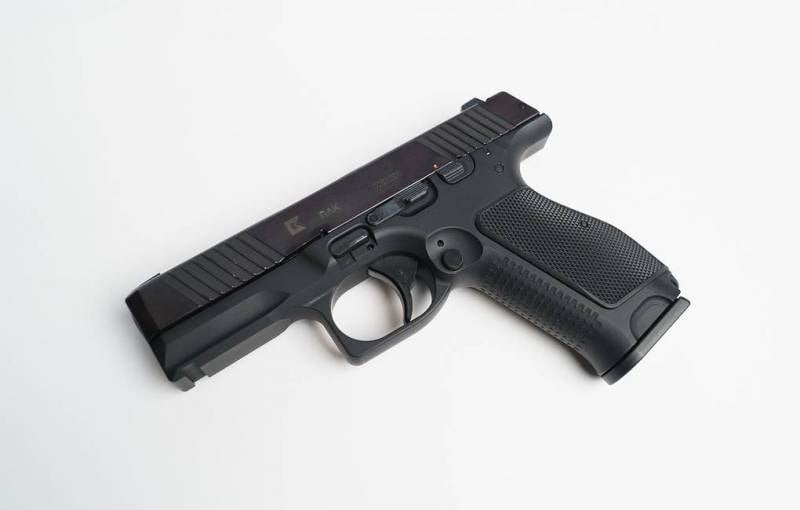 In terms of combat characteristics, the PLC is similar to other modern pistols chambered for 9×19 mm with a similar barrel. The competitive advantage of the pistol is called the optimized ergonomics, which makes it easier to carry and provides the proper usability. For this, there are two sets of notches on the shutter, recesses that facilitate the removal of the magazine, etc. In addition, there is an increased safety of weapons and a high resource – 10 thousand shots.

Since its inception, pistols designed by D. Lebedev regularly undergo the necessary tests, according to the results of which certain measures are taken. So, testing the first product of the line, PL-14, showed the need for improvements and led to the emergence of a more advanced pistol, which then became the basis for new models and modifications.

Recent tests have confirmed the high combat and operational characteristics of the compact PLC. Now this pistol can be adopted by the army and other structures of Russia or other countries. How soon this will happen is unclear. Based on the test results, Russian structures can issue an order at any time. Foreign buyers, in turn, will have to negotiate and determine the terms of the contract, which takes some time.

It should be noted that the mere fact of the PLC entering the international market does not guarantee the receipt of orders. In search of a customer, a new Russian development will have to face fairly tough competition. In the sector of compact pistols chambered for “Parabellum” there are a lot of foreign samples, incl. from the world’s leading manufacturers. The most popular pistols of this kind have high performance and a good reputation, which will make it difficult to compete with them. 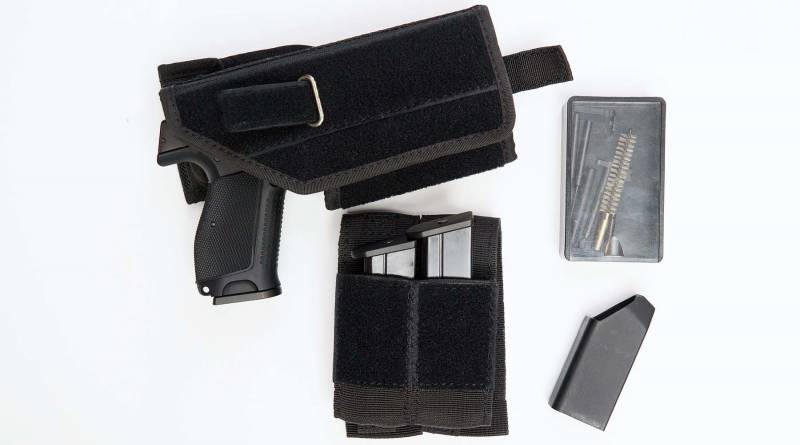 The compact PLC is intended for officers and generals who do not need a “full-size” weapon. In addition, it can be used by intelligence officers who need hidden weapons. It should be noted that the demand for weapons of this class among the armies is limited. For most tasks, size and weight are not critical, and therefore, mainly larger items are purchased.

Concern “Kalashnikov” believes that the PLC has advantages in the form of optimal ergonomics, safety and high resource. At the same time, according to the main fire characteristics, determined mainly by the cartridge, the Russian pistol differs little from foreign products of its class. The possibility of using additional devices, ease of use, etc. also do not provide fundamental advantages. These facts make it much more difficult to win a hypothetical foreign tender.

An important competitive advantage of the PLC and other domestic weapons could be the adoption of the Russian army and law enforcement agencies with subsequent mass production and development in units. Potential customers are usually suspicious of imported samples that are not accepted by their own army, and rarely risk buying them. 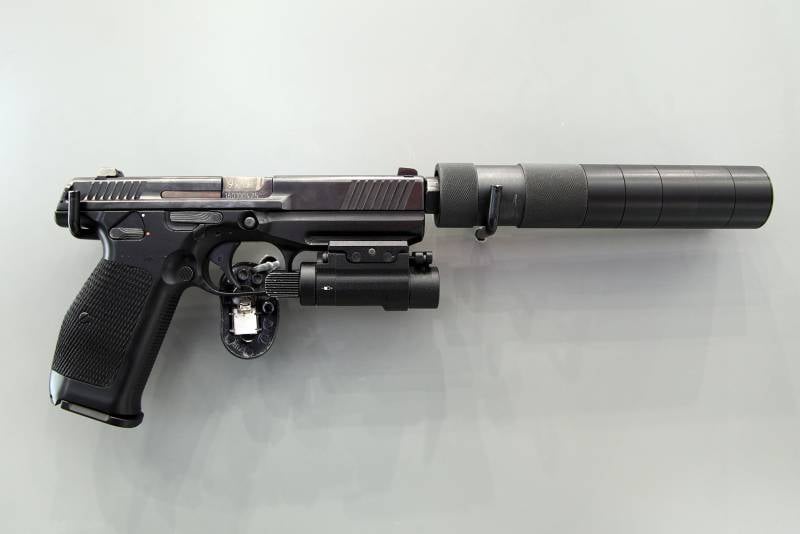 The Middle East is being considered as a potential market for PLCs and other weapons. Russia has long and mutually beneficial cooperation with a number of countries in this region. It is quite possible that the positive experience of previous years will affect the fate of new contracts, incl. for the supply of compact pistols. However, such factors can help competitors too.

Not just a gun

At the upcoming IDEX 2021 exhibition, the Russian Kalashnikov Concern will for the first time show foreign countries not only a PLC pistol, but also other modern developments in the field of small arms. All these products may interest foreign military personnel and become the subject of contracts in the near future. The same applies to the products of other defense enterprises participating in the exhibition.

What the commercial future of the PLC pistol and other new designs will turn out to be is unknown. However, the necessary measures are being taken, and the first of them will be the premiere of the product at a leading foreign exhibition. IDEX is very popular among manufacturers and buyers of military products, and thanks to this, new Russian weapons, at least, will not be left without due attention.