The implementation of a large-scale program of modernization of the Russian missile attack warning system (EWS) continues. Construction of new facilities of various kinds is underway and the renovation of existing ones is underway. According to the results of the recent stages of modernization, the early warning missile system has passed state tests and is preparing for the start of combat duty in an updated configuration.

In order to update the early warning system, a number of important measures have been taken in recent years. So, the restructuring of the ground part of the system is carried out. Instead of obsolete radars of various types, stations of the Voronezh family are being built and put on duty. The deployment of the space echelon, the renewal of command posts, communications equipment, etc. is also carried out.

Recently, in early January, new messages were received on the progress of modernization. The Ministry of Defense spoke about the completion of the process of complete renovation of the control center for the space echelon of the early warning system. This will ensure full control over the space group under construction, the size and efficiency of which will grow in the coming years. 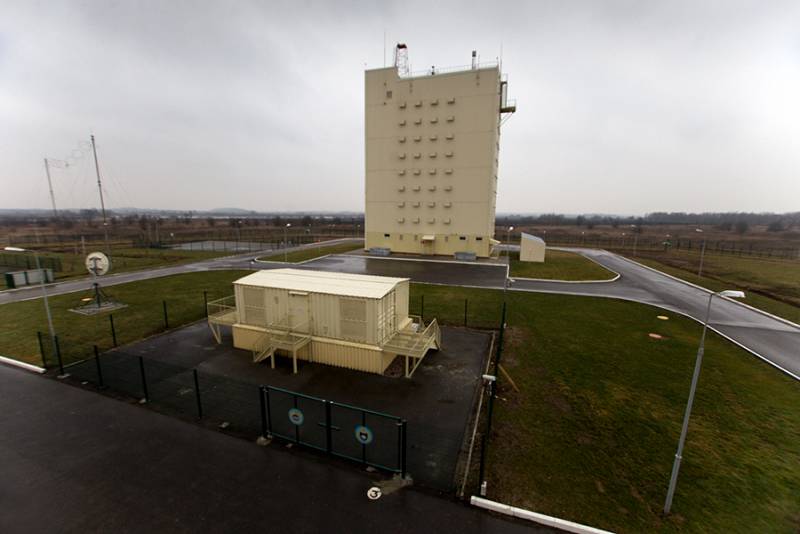 Voronezh-DM in the Kaliningrad region

Recently it became known that the army and the defense industry have successfully completed state tests of the updated early warning system and its central command post. Now the system in its modern configuration should take over on combat duty. This will happen soon.

An important feature of the current modernization is the performance of work and the replacement of equipment without removing the complexes from combat duty. Continuing to work in this mode, the early warning system last year detected and tracked more than 80 launches of ballistic and space missiles in several countries.

Recent successes do not allow to stop, and work to improve the early warning system will continue. They will affect the ground and space echelons and will expand their capabilities to the desired level. 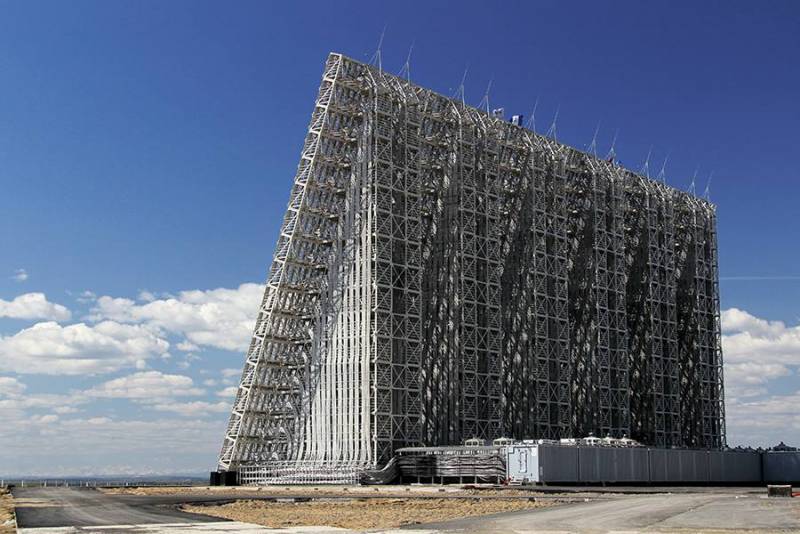 The construction of over-the-horizon radar stations of the Voronezh series is underway. Three such objects are being created right now. Radar stations of the Voronezh-SM type are under construction near Vorkuta and near Sevastopol. The next station “Voronezh-VP” will operate near the city of Olenegorsk in the Murmansk region. According to plans, facilities in Vorkuta and Olenegorsk will take over duty next year. The third radar will have to wait until 2024.

The task of the three new radars will be to duplicate or replace existing stations. Thus, the appearance of “Voronezh-VP” in Olenegorsk in the future will make it possible to abandon the station “Dnepr”. The Sevastopol station, in turn, will complement a similar facility in Armavir.

The deployment of the space echelon of the early warning system will continue. Last year, the fourth satellite of the 14F142 Tundra series, designed to operate as part of the Kupol Unified Space System, went into orbit. Also, the modernization of the control center of the space constellation was carried out. As a result, the minimum working configuration of the system is achieved. According to current plans, by 2024 the grouping of such devices will be increased to 10 units, as a result of which the “Tundra” will be able to monitor the entire surface of the planet.

The current program of modernization of the early warning missile system started in the middle of the 2000s with the construction of new ground facilities. The main part of the work on updating the ground echelon has already been completed, and several years ago the replacement of satellites of the space constellation began.

By now, some of the required results have been obtained. In particular, with the help of existing and newly built trans- and over-the-horizon radars, a closed radar field has been formed along the perimeter of the country with the ability to detect targets at ranges of up to 6 thousand km.

At the moment, the ground echelon is based on four types of Voronezh family stations, differing in their operating range and some characteristics. Three more are under construction and will be commissioned in the near future. “Voronezh” is a product of high factory readiness, which simplifies construction work and installation of equipment on site and thereby speeds up the construction process.

In some areas, there are gaps between the Voronezh radar fields. They are blocked by other types of radars. So, near the town of Pechora there is a RO-30 station of the 5N79 “Daryal” type. In Olenegorsk the RO-1 junction is on duty – the Dnepr station. The only radar station of the 90M6 “Volga” type operates on the Belarusian territory. 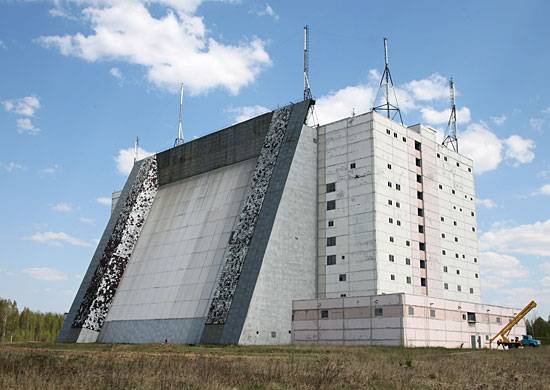 “Volga” on the Belarusian territory

Early warning radars are capable of monitoring the situation on the Earth’s surface, in the atmosphere and beyond. Their task is to detect missile or weapon launches in flight, followed by the establishment of routes and the issuance of data to control points. Further, these data are fed to the missile defense system of Moscow and the central industrial region.

Until 2014, satellites of the Oko-1 series were in operation, capable of detecting missile launches on the territory of a potential enemy. Since 2015, the deployment of the modern Tundra detection system has continued. Four new satellites out of a dozen required have already been launched into orbits.

Satellites “Tundra” are placed in different orbits so that the territory of a potential enemy is always under the supervision of one or more. The device is able to detect the torch of the rocket engine and determine the launch. In addition, support for such a target was provided with the issuance of a route and determination of the approximate area of ​​the fall of warheads. The Tundra’s ability to act as a relay of control signals for nuclear forces was reported.

In 2021-24. six new 14F142 satellites will be sent into orbit. They are necessary to create a continuous field of observation over the entire surface of the planet. Thanks to this, the space echelon of an early warning missile system will be able to monitor not only ground-based missile systems on the territory of the main potential enemy, but also detect launches from submarines in any waters. 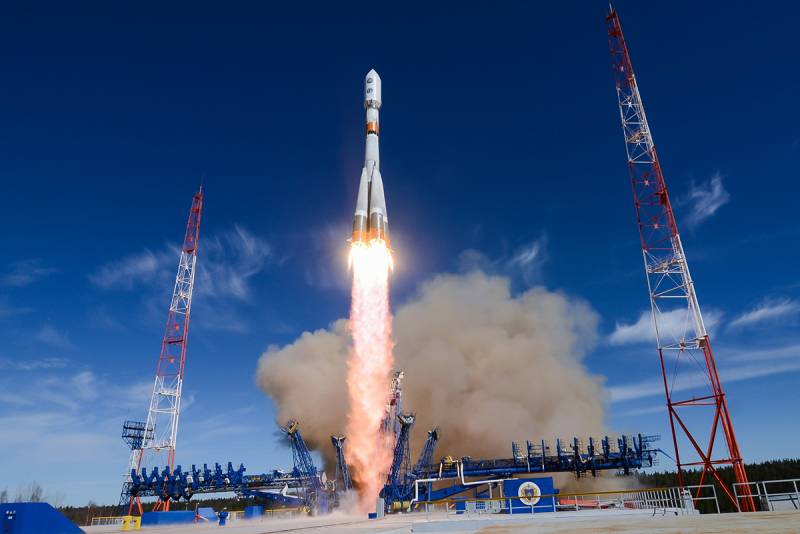 Launch of the carrier rocket with the Tundra satellite, 2017

In mid-February, it will be exactly half a century since the day the domestic missile attack warning system entered combat duty. Over the next decades, our SPRN has been constantly evolving, receiving new components and capabilities. The next stage of modernization is being carried out right now, and its results have recently been confirmed in the course of state tests.

At the same time, the construction and renovation processes do not stop. In the coming years, it is planned to complete the construction of several onshore facilities and launch the remaining spacecraft. It is expected that all these measures will further expand the capabilities of the Russian early warning system. It will be able to detect launches anywhere in the world, on land and on water, and then track the rocket’s flight from space and by ground-based radar.

Modern samples will make it possible to learn about a missile attack earlier and receive more accurate data, on the basis of which further decisions will be made. These measures will seriously reduce the likelihood of a successful missile strike. Accordingly, the early warning system after the next update – in combination with anti-missile defense systems – will be not only a warning system, but also a means of deterring a potential enemy.