As we said earlier, the main factors limiting the use of body armor on various types of ground vehicles are its weight and dimensions. Attempting to make a tank capable of withstanding all types of round-robin rounds of ammunition available will result in a clumsy monster that is difficult to move and has enormous value. 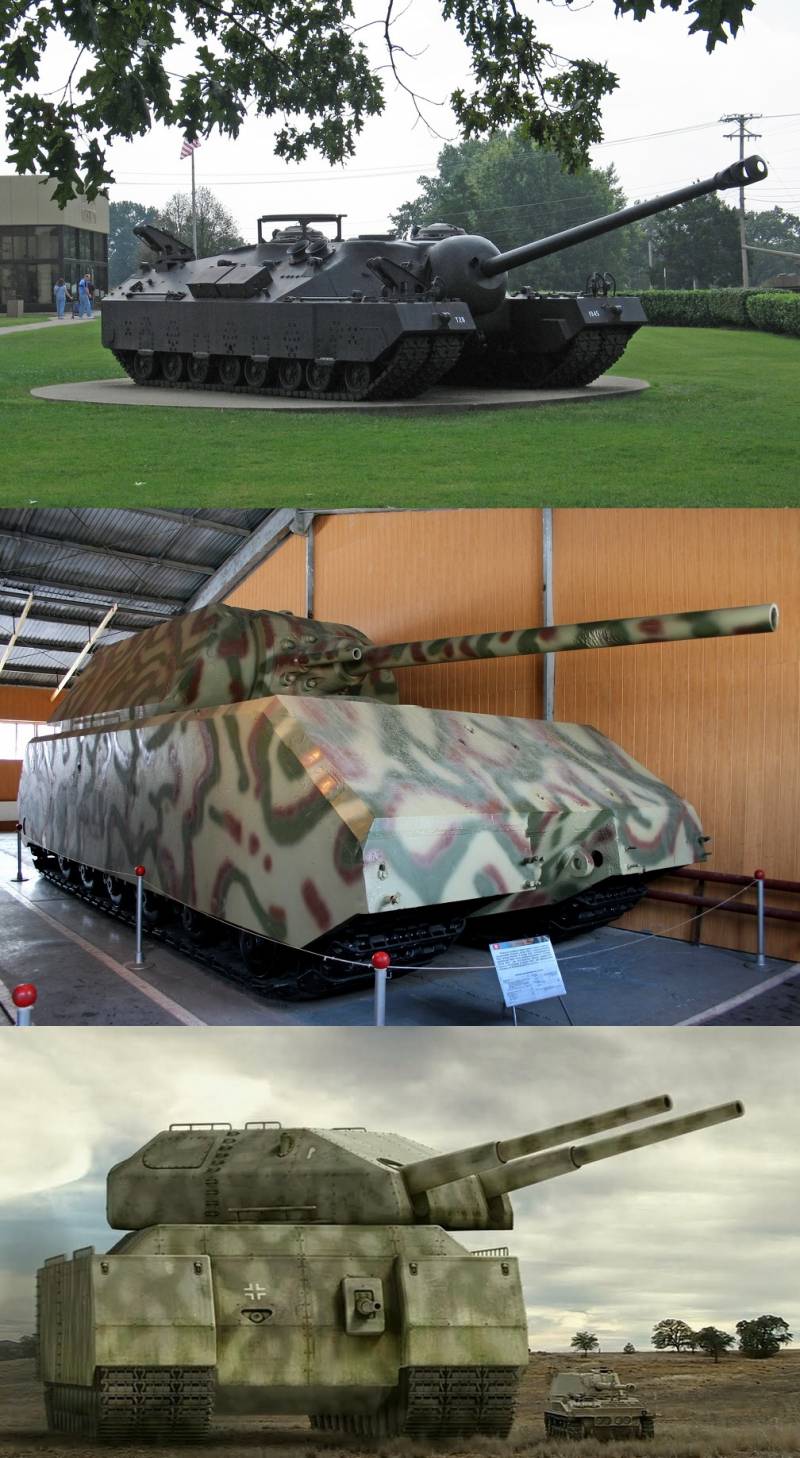 The most critical projections and individual units of armored vehicles are protected as much as possible. Historically, the most defended part of armored vehicles is the frontal part of the hull and turret (if any): it is this that is exposed to fire by the enemy in a frontal attack in the first place. 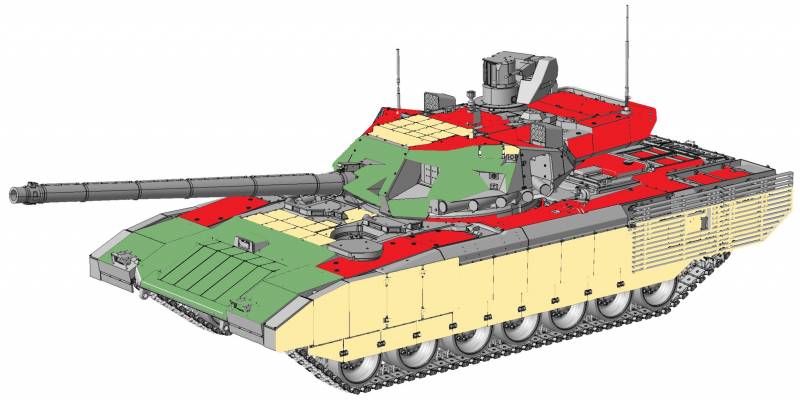 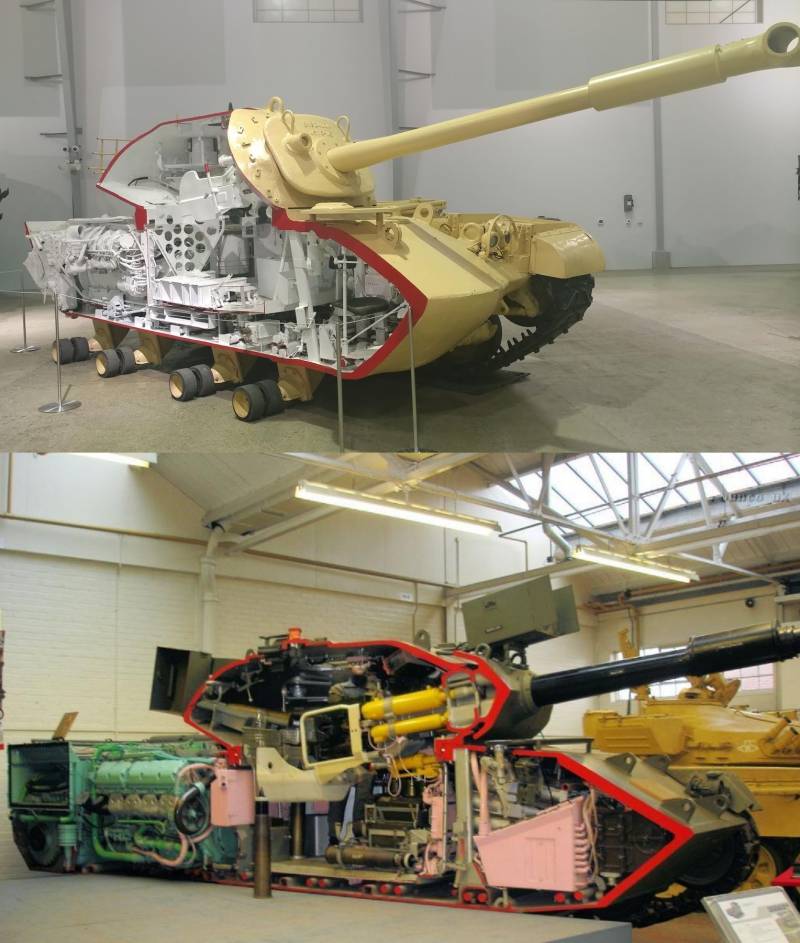 Examples of tank armor in section

More precisely, it was relevant during the Second World War. In our time, attacks are no longer so linear, the front line is often absent, it is believed that hostilities will increasingly resemble a high-intensity guerrilla conflict in which the most high-tech weapons will be used. Under these conditions, armored vehicles can be attacked from any angle that the enemy considers the most vulnerable.

Another factor that diminishes the importance of zone reservation is the proliferation of weapons capable of attacking the upper part of the hull. It can be assumed that in the future, a high-precision weapon capable of recognizing the image of a target will receive the possibility of an intelligent attack precisely in the least protected projections of the target, after its type is recognized by the automatic guidance. Even if we throw all our efforts into booking the roof, promising ammunition may well be aimed at the side or even “dive” under the bottom. 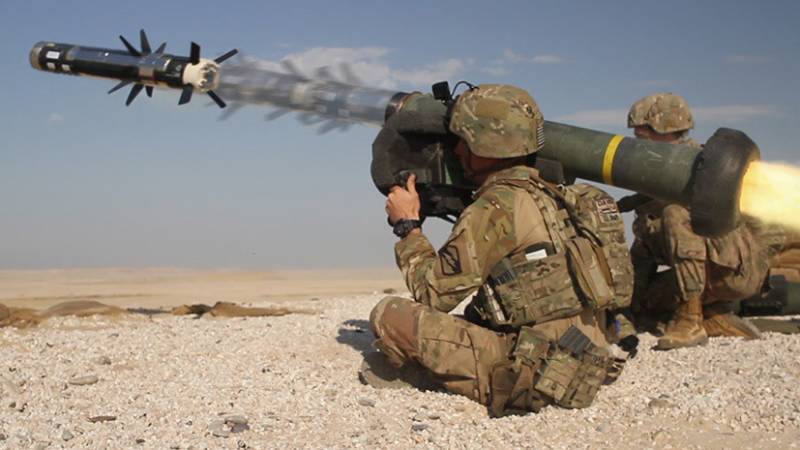 In these conditions, the question arises: is it really necessary to ensure the maximum booking of the frontal part of the armored vehicle hull? Perhaps the best solution would be to “smear” the armor evenly over the hull?

We may not be able to provide circular armor from armor-piercing feathered sub-caliber projectiles (BOPS) and heavy anti-tank guided missiles (ATGM), but it may be possible to provide all-round protection from rapid-fire guns up to 57 mm caliber, light hand-held anti-tank grenade launchers (RPGs) and ATGMs , and, possibly, from ammunition of the “shock core” type. In other words, to provide maximum protection against those threats, the likelihood of encountering which armored vehicles have the maximum. 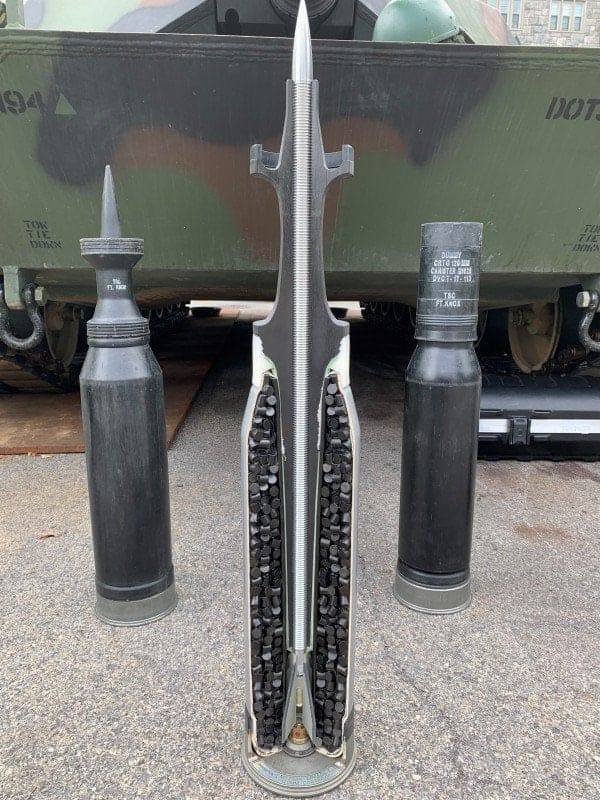 On the other hand, the crews of armored vehicles already have an established tactics of warfare, an important element of which is the presence of powerful frontal armor. In addition, the presence of such a “shield” will make it possible to implement an automated maneuver on promising armored vehicles with electric propulsion, similar to that discussed in the article “Protection of ground combat equipment: take cover and evade”, when, when attacking, the armored vehicle automatically turns its frontal part of the body towards the attacking ammunition. 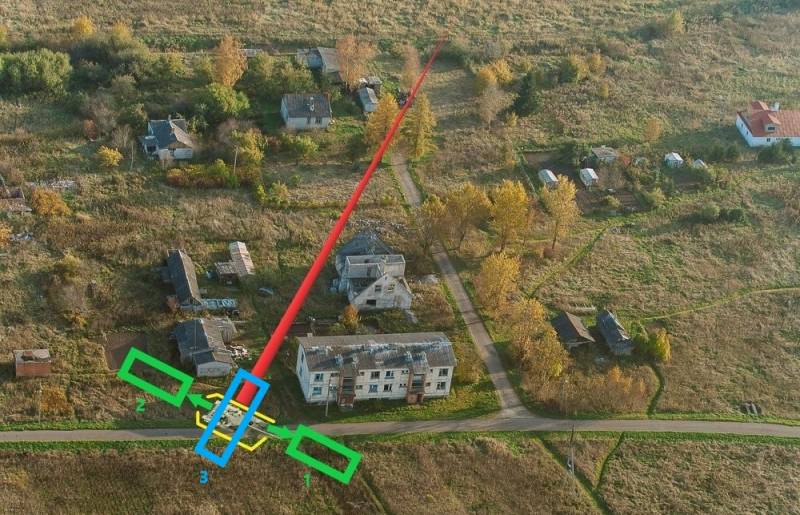 In advanced armored vehicles with electric propulsion, advanced control systems can, in automatic or semi-automatic mode, carry out a defensive maneuver to evade enemy ammunition or change the position of the hull so that a possible hit would have to be in the most protected part of the hull. In particular, in the presented image, based on the analysis of the type of attacking ammunition (speed, flight trajectory) and the parameters of the surrounding terrain, the control system can try to hide the armored vehicle from the ATGM attack behind the buildings (1, 2), or deploy it with the frontal part of the body in the direction of the attack (3)

However, as we have already said, all this will not help from ammunition attacking from above and on the flight, therefore the question of the advisability of reinforced frontal armor is not removed. So what’s the answer?

This issue should at least be worked out. It is possible that it will be removed even at the stage of preliminary study, because the rejection of the reinforced frontal armor will not allow significantly strengthening the rest of the projections.

But another option is also possible, for example, when, in case of abandoning the reinforced frontal armor capable of withstanding BOPS and heavy ATGMs, we will receive all-round protection that can effectively withstand light RPGs, automatic cannons of up to 57 mm caliber, as well as “shock nucleus”. At the same time, we will assign protection from BOPS and heavy ATGMs to KAZ.

At the same time, let us assume that the capabilities of a similar armored vehicle of a classic layout in all projections, except for the frontal one, will provide protection only against guns with a caliber of up to 30 mm and limited protection against light RPGs. 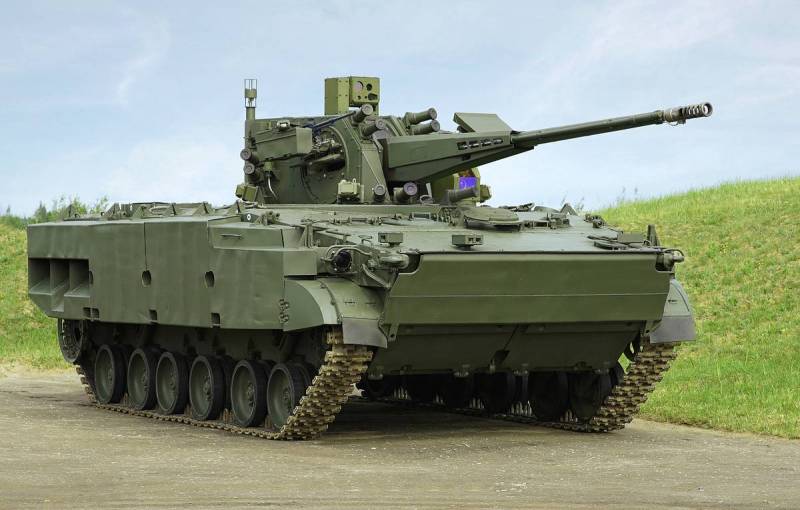 It is unlikely that the armor of modern tanks with a classic layout will be able to withstand shells from a 57 mm cannon.

It is possible that the best solution would be to create two types of armored vehicles: with the classic booking scheme, with the most protected frontal part, and with evenly distributed armor protection. The former will be used mainly on flat terrain, and the latter – in mountainous and wooded areas and during battles in settlements. In this case, the practice will help to identify the optimal booking scheme or the optimal ratio of armored vehicles of both types.

As part of the development of the American FCS program, when it became clear that the security of the 20-ton vehicle would be insufficient, the option of modular, optionally mounted armor was considered. It was assumed that the tank delivered one C-130 aircraft, and the attached armor with a second. The idea, let’s say, is not viable. The fact that the number of flights is doubling is half the trouble, but the fact that 10-20 tons of armor must be hung on a tank near the front line is already worse. Will there be time for this, will the delivery fail? In fact, the battle, most likely, would have been “unarmored” tanks, with the corresponding consequences for them.

However, modular armor can be of use if we consider modularity not as an opportunity to retrofit a combat vehicle before a battle and permanently remove and attach armor elements, but as a way to simplify the repair and modernization of a combat vehicle. In this case, modularity is rather a system of standards, uniform dimensions and fixings. Of course, the ability to quickly mount / dismantle armored elements should not compromise their intended purpose – to provide armor protection, i.e. armor should not crumble from the tank after the slightest hit, like autumn leaves from a tree from a gust of wind. 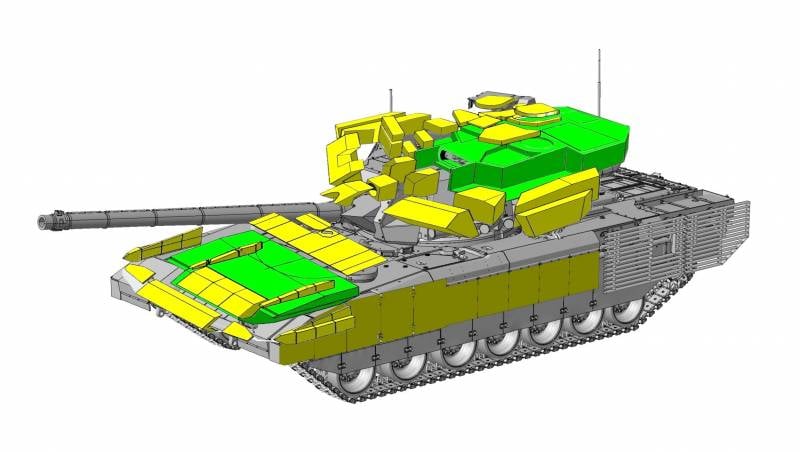 Modular armor can be useful for simplifying the repair and modernization of promising combat vehicles; it is much more difficult to repair and upgrade built-in armor elements.

Another option can be considered, which, however, does not directly relate to the concept of “modularity”. As you know, the width of armored vehicles is limited by the dimensions of the railway platforms. At the same time, it is advisable to move some types of protection, for example, rather simple and effective anti-cumulative lattice screens, away from the hull in order to ensure the premature operation of the cumulative ammunition.

You can consider the implementation of automatic screens that are raised by electric drives during transportation, lowering and fixing in the working position. The presence of such automatic screens will allow transporting armored vehicles without going beyond the required dimensions and provide additional protection during combat work. 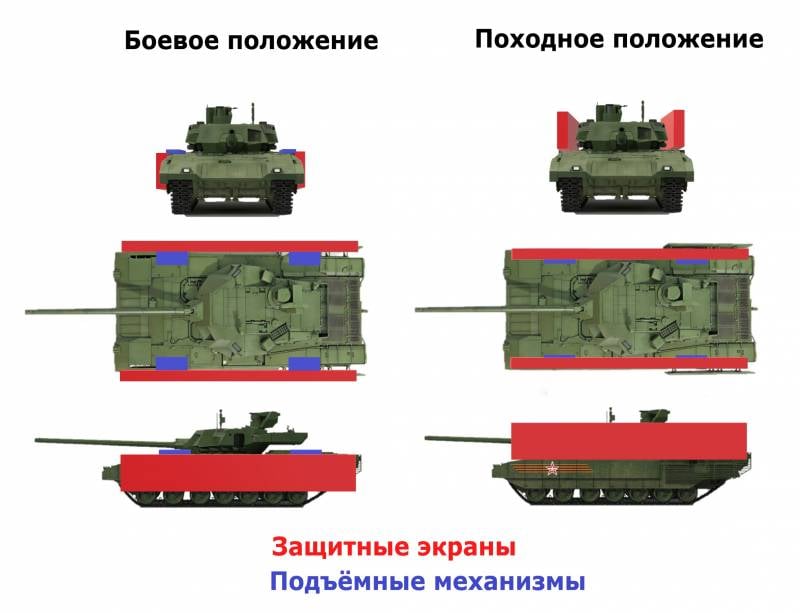 The mass of such screens will be limited by the power of the electric drives and mounts that hold the screens in a “combat” position. At a minimum, these can be anti-cumulative grids, placed at the optimum distance from the body. A denser arrangement of protective screens cannot be ruled out, when blocks made of composite and foam materials can be placed behind the cumulative gratings: light and durable, but quite voluminous.

Composite structured and foamed materials are considered one of the important directions for the development of promising armor.

In principle, the crew can use lifting screens in different tactical situations and in the upper position, for example, when the lower part of the hull is covered by the terrain. This will limit the ability to turn the turret, but will not interfere with the operation of the remote-controlled weapon module with a machine gun or automatic cannon.

The most important factor that increases protected armored vehicles is the presence of active protection systems, which we will talk about in the next article.