In 2014, the Concept for the Development of the Navy’s Search and Rescue Support System, calculated until 2025, was adopted. A special place in this document is occupied by deep-sea rescue vehicles (SGA) designed to help submariners in distress. Recently it became known about the latest achievements in this area, and also there was news about plans for the future.

On November 9, the Admiralty hosted a working meeting dedicated to the implementation of the Search and Rescue Support Concept. Following its results, the Commander-in-Chief of the Navy, Admiral Nikolai Evmenov, made several important statements covering the recent past and foreseeable future.

According to the admiral, by now the system of service maintenance, scheduled repairs and modernization of SGA pr. 1855 “Prize” and pr. 18270/18271 “Bester” has been launched and is working effectively. Such a system was created within the framework of the first stage of the Concept. The work continues, and right now at the Kanonersky shipbuilding plant (St. Petersburg), the AS-36 apparatus of the Bester type from the Northern Fleet is being modernized. The work will be completed next year. 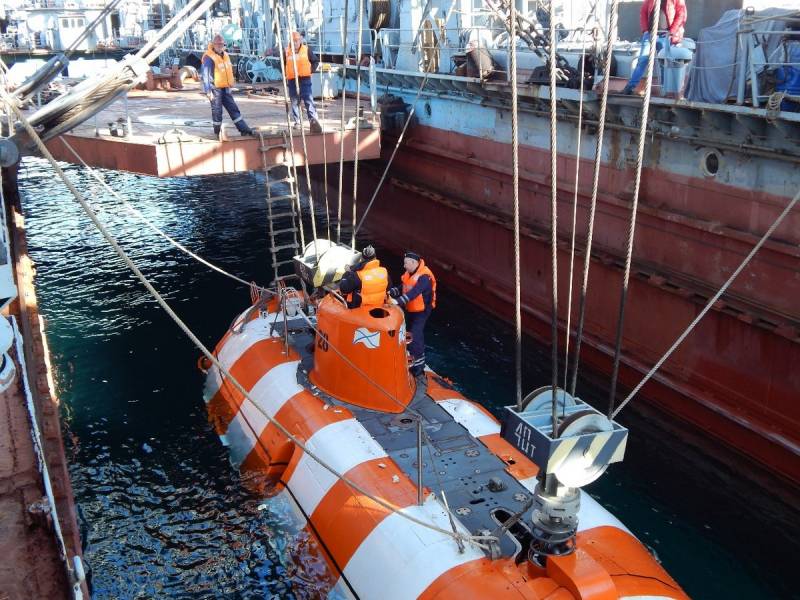 Deep-sea vehicle AS-28 on board the “Kommuna”

The modernization provides for the upgrade of a number of systems, due to which its characteristics will increase, as well as new opportunities for rescuing submarines will appear. Life support facilities, new positioning systems, hydroacoustic search and television control systems are being modernized. In addition, the AS-36 apparatus will receive new opportunities for operation in the Arctic seas, which is especially important for the Northern Fleet’s SGA.

Admiral Evmenov said that the Concept for the development of search and rescue support envisages not only the improvement of existing devices, but also the creation of new ones. They will be developed “in the short term”. The characteristics of the equipment will be determined in accordance with the future use in the Arctic zone – as part of the Northern and Pacific fleets. Other details of the promising development were not given.

According to known data, at present, the Russian Navy has only 6 SGA projects 1855 and 18270/18271. Together with rescue carriers, they are distributed among all fleets and are called upon to provide assistance to submarines. The basis of such rescue forces is made up of vehicles of the “Prize” type in the amount of 4 units. According to the projects “Bester” and “Bester-1”, only 2 devices have been built so far. 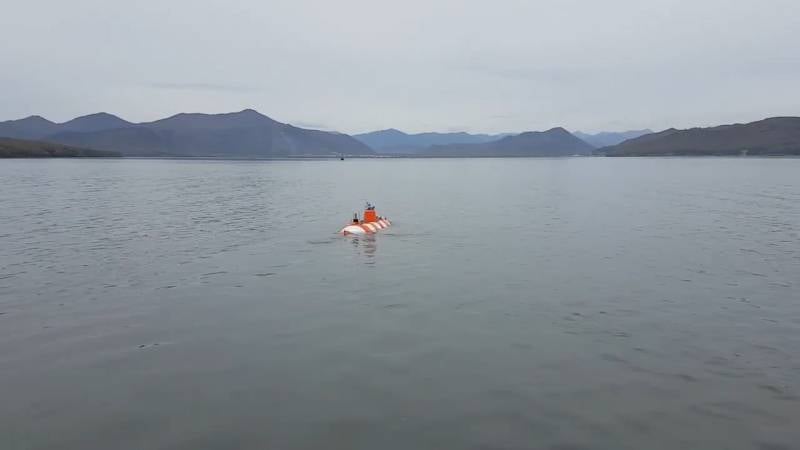 The Northern Fleet has two SGAs. These are AS-34 vehicles of the Prize and Bester type AS-36, used on the Georgy Titov and Mikhail Rudnitsky launch vehicles. Two more vehicles, AS-30 (Prize) and AS-40 (Bester-1), serve in the Pacific Fleet on the Alagez and Igor Belousov vessels, respectively. The Baltic and Black Sea Fleets have one Prize each – AS-26 and AS-28.

Thus, in the fleets with large submarine forces, there are two rescue vessels with SGA on board. The Black Sea and Baltic Fleets have a smaller number of submarines, and therefore I use only one such apparatus.

Rescue vehicles are regularly repaired to maintain technical readiness. In addition, modernization is underway. Work of this kind started at the end of the 2000s and continues to this day. In mid-October, the Kanonersky Shipyard put into operation the upgraded AS-28 apparatus. Earlier, three other “Prizes” were re-equipped, as a result of which all devices of this type meet modern requirements. 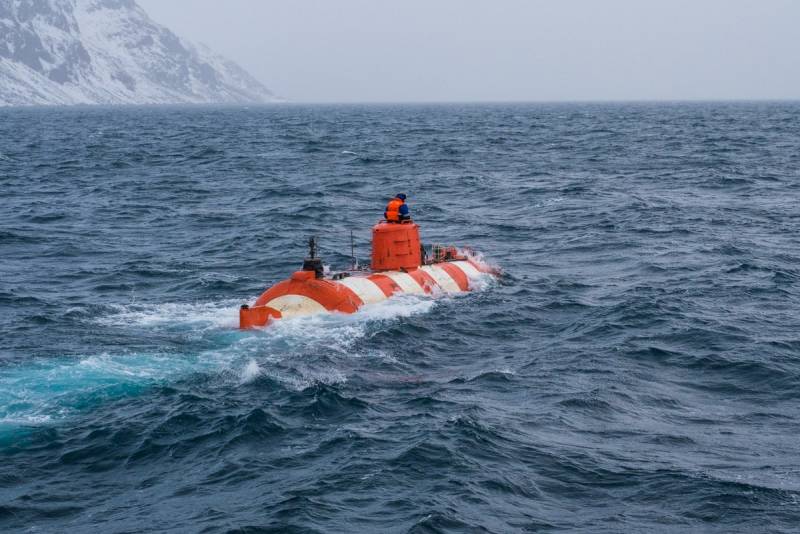 AS-34 apparatus in training

Right now, the enterprise is working on updating the AS-36 SGA. It was built according to the original project 18270, and according to the results of the renovation it will correspond to the project Bester-1. Thus, the Navy will have two rescue vehicles of the latest project. At the same time, the ongoing modernization of all available SGAs will be completed.

In the course of the modernization of the Prize-type SGA, a complete transition to digital on-board equipment was carried out. New television surveillance systems with high picture quality were installed. Also, new manipulators were introduced, providing a wider range of work. Also, the modernization of carrier vessels was carried out for compatibility with the new equipment of underwater vehicles.

When developing the new project 18270, newer technologies and components were used, which provided some advantages over the previous project 1855. Thus, the Besters, in contrast to the Prizes, can be used on different rescue vessels, and they can also be transported by air or on highways. 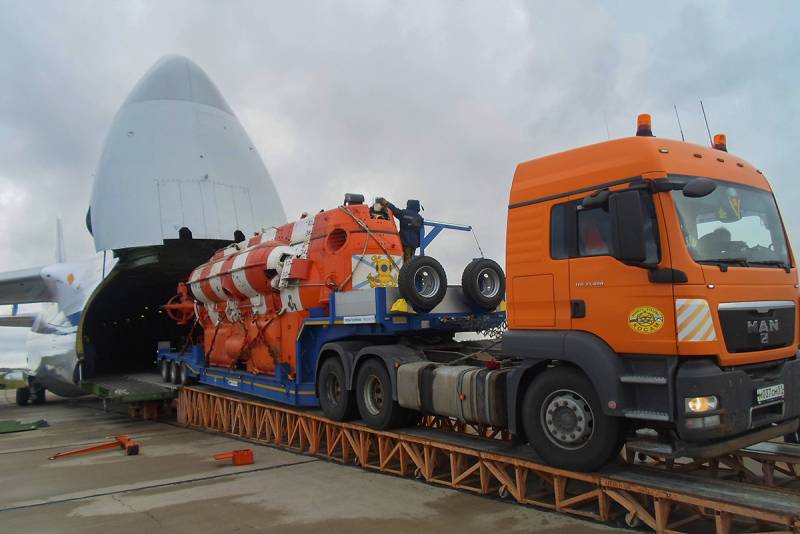 Unloading the AS-40 from the plane

In the 2000s, project 18271 “Bester-1” appeared with further innovations. It provides for fully digital equipment, new motion and positioning systems, etc. The most important improvement was the movable suction chamber, which allows you to join a submarine lying with a large roll or trim.

According to the project 18271, only one SGA was built, but right now the reconstruction of the Bester AS-36 in its original configuration according to the new project is under way. As the commander-in-chief of the Navy recently clarified, as a result of such modernization, the apparatus will receive new key systems that will increase the efficiency of performing all the main tasks.

Apparatus for the Arctic

In the latest statements by the command of the Navy, of particular interest is information about the development of a promising rescue deep-sea vehicle, taking into account the experience of creating and operating the available equipment. For obvious reasons, the details of such a project have not yet been disclosed, although the need to ensure operability in the Arctic is noted.

For search and rescue of submarines in high latitudes, incl. under the ice, the SGA and the carrier vessel should have several important features. So, the carrier should be resistant to ice and be able to use a deep-sea vehicle in almost any area. In some situations, the help of an icebreaker is needed. Also, special requirements are imposed on the communication systems connecting the SGA and its carrier. 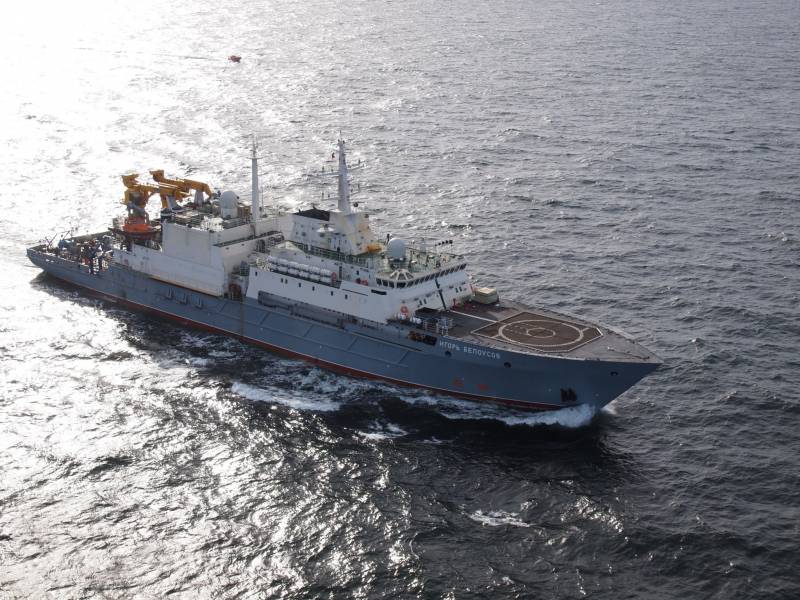 The SGA itself for the Arctic should be distinguished by increased running characteristics, allowing it to work under ice for a long time. It is possible to increase the requirements for life support systems and for the volume of the compartment for the rescued. At the same time, it is possible to use solutions and technologies that have proven themselves well in previous projects. These include a movable docking chamber, advanced hydroacoustic equipment, etc.

Apparently, fundamental changes and revision of the general architecture of the existing SGA are not required, however, the composition of the instrumentation and other features of the project should take into account both recent progress and the special requirements of the customer.

The future of salvation

The Commander-in-Chief of the Navy called the emergence of the new SGA a matter of the near-term perspective, and the Concept is designed for a period until 2025. All this indicates the possibility of developing a project in the coming years, and already in the middle of the decade, the Navy can transfer the head model of a new type. What it will be and what advantages it will give to the emergency services – time will tell. However, it is already clear that measures are being taken to develop rescue equipment, and submariners will always be able to count on help.