The world is increasingly talking about the “rocket revolution”: this is due to both the rapid growth in the number of launches of reusable Falcon 9, and the emergence of light cheap rockets like Electron, which, we recall, should also become reusable. In perspective. In any case, the number of all kinds of rocket and space programs is constantly growing. Russia was no exception here. However, in this case it can hardly be called a plus (everything is financed not by private individuals, but by the state). Let us remind you that soon the country wants to fully commission not only the long-suffering heavy Angara A5 and its development in the person of Angara A5M, but also the fundamentally new Irtysh, which should replace the Soyuz missiles. Do not forget about the light Angara-1.2, as well as plans to create your own “reusable carrier”, and in the future to have super-heavy “Don” and “Yenisei”.

But that’s not all. As RIA Novosti recently reported with reference to its source, the Khrunichev center is resuming the production of Rokot light conversion missiles, built on the basis of the ballistic UR-100N UTTKh being removed from combat duty. According to RIA, the corresponding contract between the Ministry of Defense and the Khrunichev Center has already been signed. “After agreement with the military department, the new missile was named Rokot-M,” said the agency’s interlocutor. 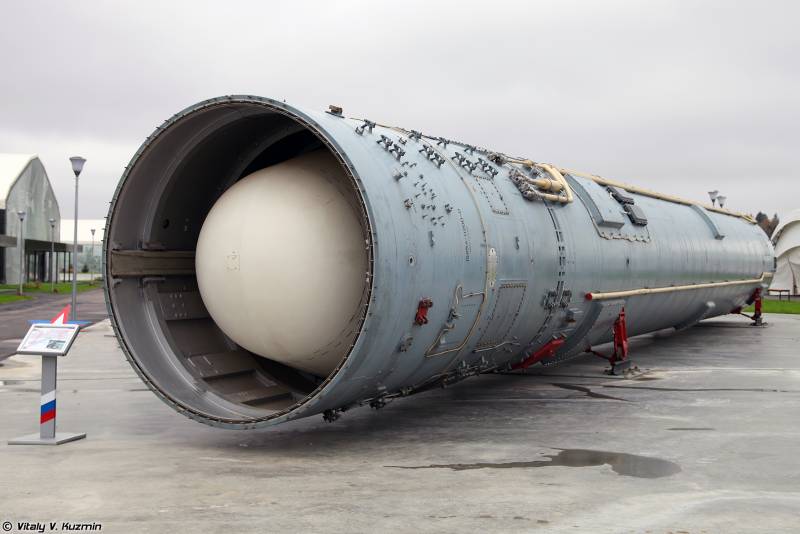 The Rokot project has a rather long history that is quite typical for modern post-Soviet realities. This three-stage light-class launch vehicle was designed in the center of Khrunichev: taking into account the first launch in 1990, it has completed 35 launches. The last one was produced on December 27, 2019.

The rocket is nowhere near as cheap as you might think. According to the portal Avia.pro, the cost of one launch was $ 44 million. For comparison: the launch price of the Soyuz rocket is about 40 million. And the launch of the aforementioned American Electron costs about six million US dollars, although the carrying capacity of this rocket is significantly lower: 250 kilograms when placing the cargo into a low reference orbit versus more than 2000 kilograms at the Rokot.

The main problem of the carrier was not the price, but the Ukrainian components, which after the well-known events Russia could no longer purchase. Earlier it became known that it was decided to replace the missile control system produced in Kharkov with a Russian one. The project received the designation “Rokot-2”. All this, of course, costs a lot of money. As it turned out from the materials of the Khrunichev center, the cost of work within the framework of “Rokot-2” should be 3.4 billion rubles, and specifically the creation of the Russian control system will require 690 million.

There is one more difficulty that Ivan Moiseev, the head of the Institute for Space Policy, rightly drew attention to.

“All questions to Angara. Why is everyone pushing it aside after spending 20 years and a lot of money? From a national point of view, it is not clear why a new light rocket is needed in the presence of the Soyuz-2.1v and the light Angara. In the West, private traders are engaged in this and take all the risks on themselves. It would be better if this money was given to the same Khrunichev center for the production of “Angara”, especially since “Rokot” is a poisonous rocket “,

– the expert said earlier to the RIA Novosti news agency. 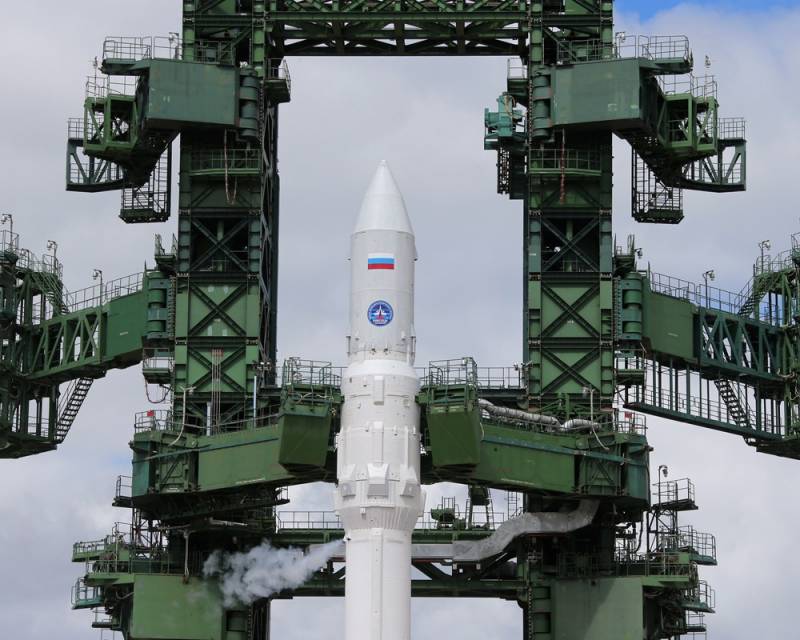 Each of these issues is serious and requires separate consideration. “Rokot” is really poisonous. For the first, second and third stages, hazardous unsymmetrical dimethylhydrazine or heptyl is used. The same one, because of which the Proton-M was so actively criticized (and continues to criticize). The fact is that heptyl is a highly toxic carcinogen that, due to inhalation of vapors or penetration through the skin, can lead to pulmonary edema, loss of consciousness, convulsions and death. In addition, the spent stages contaminate the soil, so launches may require expensive clean-up measures, otherwise it threatens to seriously pollute the surrounding areas.

It turns out that Russia preferred the more environmentally neutral Angara to the unsafe Proton, and then decided to propose to produce another carrier using unsymmetrical dimethylhydrazine. 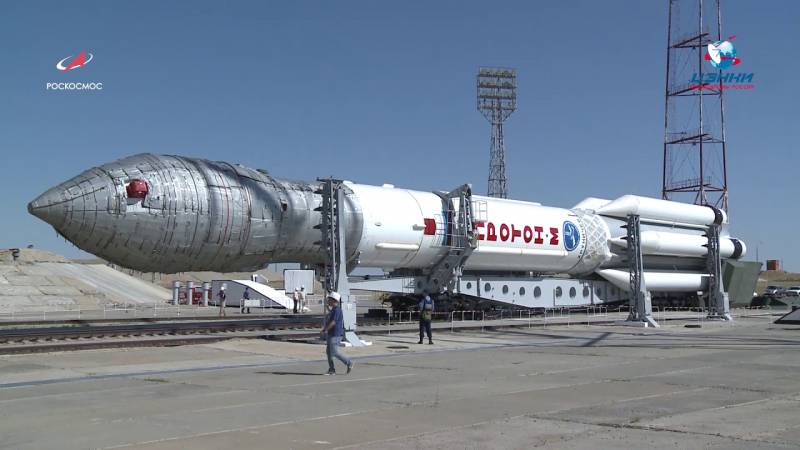 However, now there is almost no doubt that the heavy “Angara A5” will actually be used: recently it became known that the Russian Ministry of Defense bought four such carriers. But the light “Angara-1.2” seems to be in for hard times. And it’s not just about “Roar”. Let us remind you that last year it became known that Roskosmos terminated the contract for the production of the rocket, choosing not her, but Soyuz-2 as the launch tool for the Gonets series. In the same 2019, Interfax reported another unpleasant news: according to its data, the cost of building Angara-1.2 will be one and a half times higher than the cost of creating a Soyuz rocket. In general, this could have been expected at the stage of launching the rocket into series, but the plans for the Rokot do not exactly add the chances of success for the light Angara.

It is worth noting another significant important detail that directly relates to the new program. Khrunichev’s center, which develops and produces the Angara and is working on the updated Rokot, is rightly considered the most problematic enterprise of the space department. Among the difficulties is a difficult financial situation. As Lenta.ru recently noted, the center’s debts exceed 80 billion rubles (according to other sources, the amount is 100 billion rubles), which is comparable to the annual budget of Roscosmos.

This is partly due to the difficulties of the transition period. Recall that in 2019 it became known that a huge business center would be built on the site of part of the Khrunichev center in Moscow, and the Proton and Angara missiles would be assembled in Omsk. Previously, we could see one of the sketches of the main building of the National Space Center, which in its shape resembles a giant booster rocket. 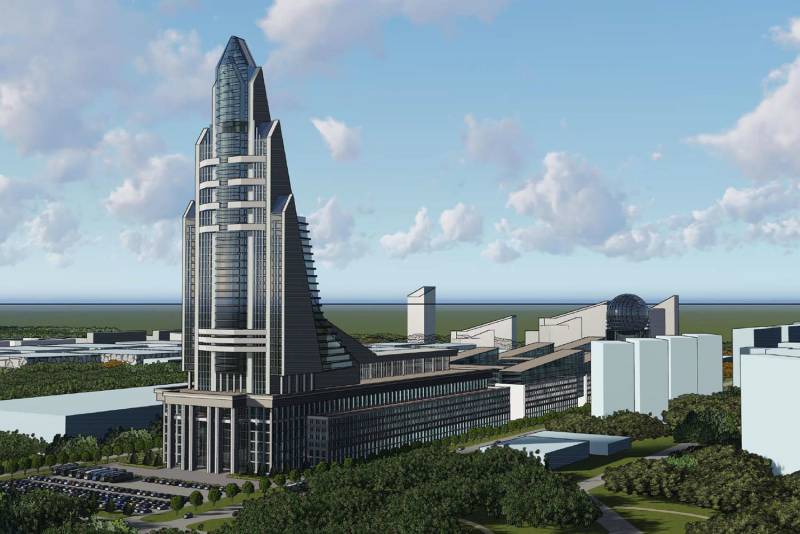 In general, the prospects for the updated Rokot, as well as Angara-1.2, are very ambiguous. In this regard, the question is: can Russia generally expect to receive an inexpensive and safe light / ultralight vehicle in the future? There are such hopes. A few days ago, the private company “Kosmokurs” presented a rocket project with which it will take part in the Aeronet competition. It is assumed that the two-stage launch vehicle will be able to launch about 260 kilograms of cargo into the sun-synchronous orbit. The rocket’s capabilities should be enough to launch nano- and microsatellites. By the way, there is a not unfounded opinion that the number of such devices in the total “basket” of launches will constantly grow.

On the other hand, we have repeatedly witnessed how private initiative in Russian realities ended in nothing. Suffice it to recall the story of Sea Launch, which now has every chance of being scrapped. But what far-reaching plans did S7 Space, aspiring to become “Russian SpaceX”, have …