For several years, the Finnish company Patria Oyj has been offering customers the NEMO (New Mortar) mortar complex. Combat modules of this type have been supplied to several countries, and new orders are expected in the future. In addition, the development company continues to develop the project and introduces new important functions.

Fire on the move

On January 12, Patria announced the completion of tests of the updated NEMO self-propelled complex. It differs from the previous version in an improved fire control system that allows firing on the move. The basic version of the mortar could only fire from a place or from a short stop, providing data calculation and guidance.

It is noted that similar functions were previously implemented in the shipborne version of the NEMO Navy mortar. However, they refused to simply transfer them to land platforms. Due to the growing requirements of potential customers and the constant change in the face of modern war on land, it was decided to develop a new version of the MSA, initially taking into account all relevant factors.

The updated controls provide the reception of target designation and observation of the battlefield without the need to stop. The calculation of data for firing is also carried out on the move, with corrections for the movement of the armored vehicle. No stop is required to fire. 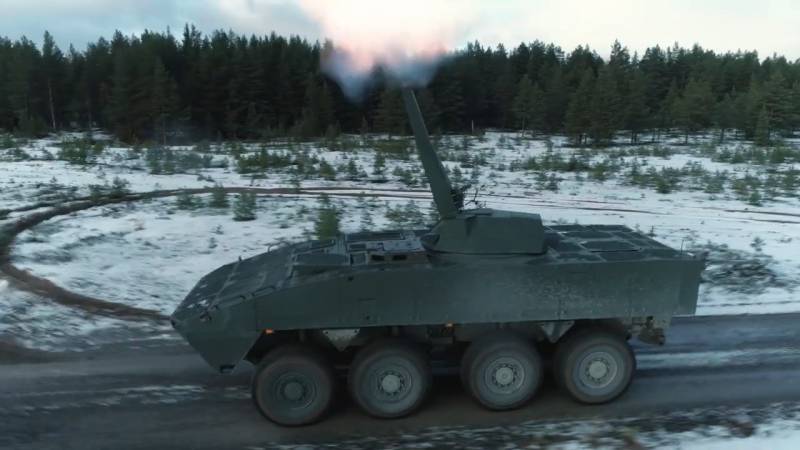 Together with a press release on the completion of a new stage of work, a promotional video was published showing the new shooting mode. It shows shooting at different elevation angles when driving on the road and off-road. In addition, some elements of the OMS and the features of the crew’s work were captured in the frame.

The development company points out that the new fire modes increase the overall mobility of the self-propelled mortar on the battlefield or in closed positions. As a result, the enemy is unable to determine the exact location of the combat vehicle and deliver an effective counter-battery strike. Such features of the renovated complex are considered as an important competitive advantage.

Since 2018, the US Army has been looking for a promising self-propelled artillery system to reinforce units such as Brigade Combat Teams. They need a protected and highly mobile combat vehicle with a 120 mm cannon capable of firing direct fire or from closed positions. Patria responded to this request with its NEMO suite. 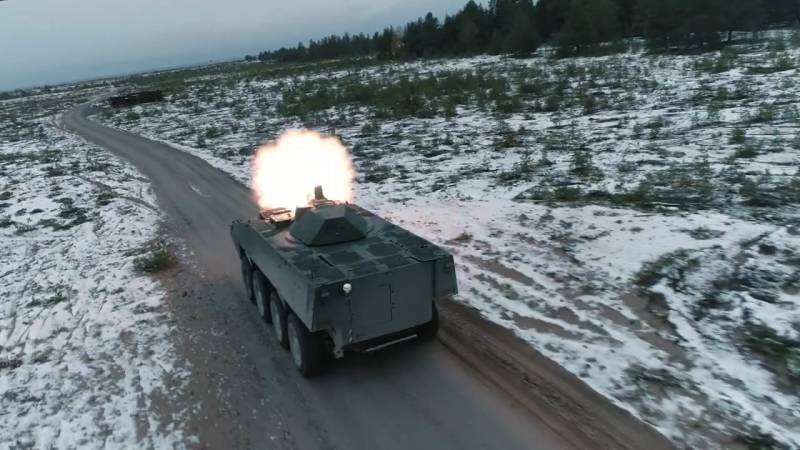 Last May, Patria and the Combat Capabilities Development Command (CCDC) weapons center signed an agreement to work together. In accordance with this agreement, the Finnish company with the NEMO project joins the American research program Cooperative Research and Development Agreement (CRADA). The purpose of the program was to jointly carry out work and subsequent testing of foreign equipment – with an eye on the adoption of the US Army.

At the end of June, Patria Oyj signed a new contract with Kongsberg Defense & Aerospace AS. The latter will have to provide its production facilities in the United States for the assembly of experienced and, possibly, serial NEMO mortars for the American army.

Patria officially joined the Foreign Comparative Testing (FCT) program in October. As part of the FCT, the forces of CCDC and participating enterprises are planning to conduct a series of tests of the submitted samples in order to determine the real characteristics and their compliance with the requirements of the US Army. The NEMO product will be tested at test sites in the USA and Finland. 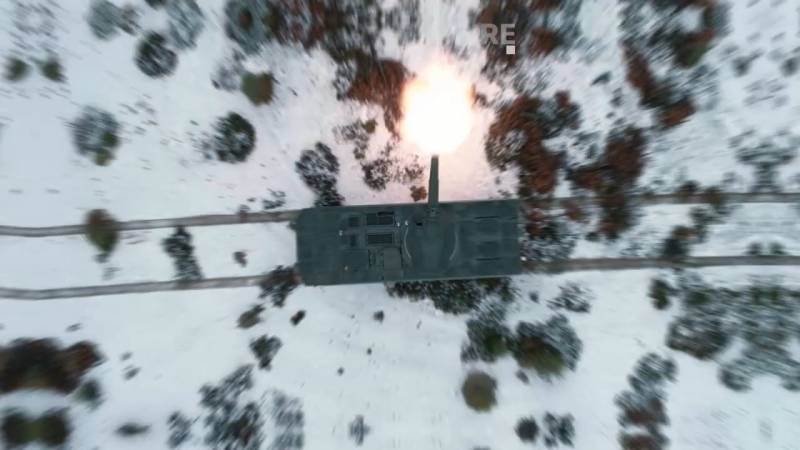 The timing of the tests has not yet been specified. Most likely, they will begin this year and will take at least several months. If the NEMO complex shows and confirms its high combat and operational characteristics, the development company can expect to receive a major contract from the US Army.

Mortar complex Patria NEMO is made on a modular basis. Its main element is an automated fighting compartment with a turret, suitable for installation on various carriers, both on land armored vehicles and on boats or ships. The complex also includes an operator’s control panel and related devices, stowage for ammunition, etc.

The automated fighting compartment houses a swinging artillery unit with recoil devices for a 120-mm breech-loading mortar. The design of the fighting compartment allows you to fire in any direction with an elevation from -3 ° to + 85 °. The complex is equipped with a loading mechanism providing a rate of fire up to 10 rds / min. The supply of ammunition from the stowage to the mechanism is carried out manually.

In all versions, including the last one, the NEMO is equipped with a fully digital OMS. It integrates optical-electronic means for searching for targets on the battlefield, a satellite navigation system, as well as communications for receiving third-party target designation. The calculation of data for firing and gun guidance are carried out in automatic mode. 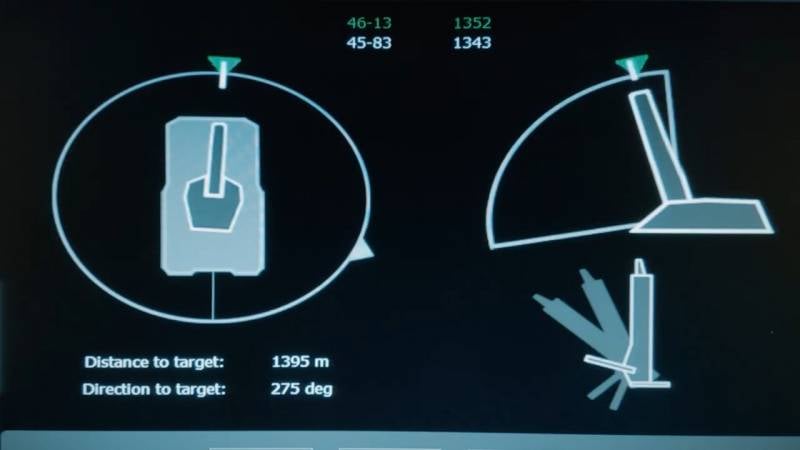 The NEMO complex initially had several basic modes of combat operation, and after the recent modernization, new ones appeared. With the help of standard optics, the complex can solve artillery reconnaissance and correction tasks, incl. with the release of data to third-party consumers or headquarters. The main task is to fire at detected or assigned targets.

Using different shots, the 120-mm gun can fire direct fire or mounted fire, incl. with large “mortar” elevation angles. It provides shooting in single, series and in MRSI mode. It is possible to fire from a prepared position, from a short stop or on the move.

The prototype of the updated NEMO complex, shown in advertising materials, was built on a Patria AMV wheeled platform. Cars in this configuration (but with the old MSA) have been serving in the Slovenian army for several years. Saudi Arabia mounted Finnish fighting compartments on the LAV II chassis. It is possible to use other machines – at the request of the customer. The United Arab Emirates Navy has recently installed a number of NEMO systems on patrol boats. A modification of a mortar based on a standard 40-foot container was also demonstrated.

The development company immodestly calls the NEMO complex the best product of its class in the world. Despite such epithets, it is not very popular with customers. To date, we have managed to sell about fifty complexes in various configurations, which clearly does not correspond to the title of “the best in the world.” 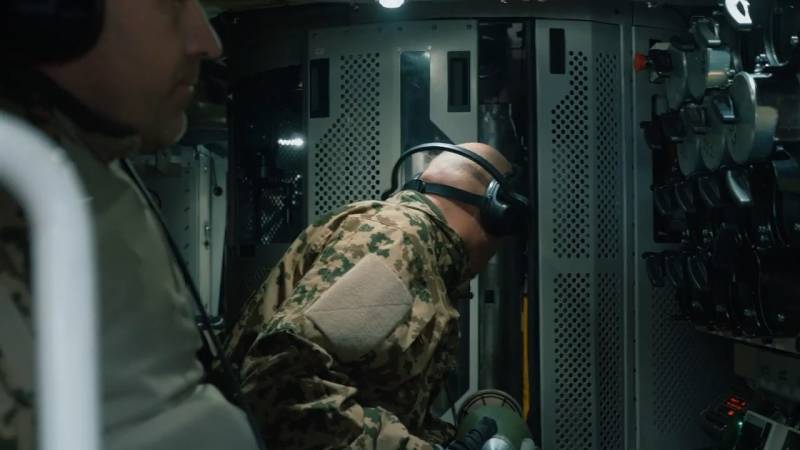 The limited interest of potential customers is due to several factors, one of which, until recently, was the impossibility of shooting on the move. By updating the LMS, this and some other shortcomings have been successfully eliminated, which allows us to count on an increase in interest.

The US Army CRADA and FCT programs are now of particular relevance to Patria Oyj. In the course of these works, Finnish technology will have to show its best side, due to which a large order for mass production may appear. The American ground forces need a large number of self-propelled mortars of the NEMO type, and their order in terms of size and cost may exceed all previous contracts from third countries.

Successful testing in the United States and the subsequent receipt of a large order can become additional advertising for the NEMO complex. As a result of such events, Patria will be able to count on new contracts from other countries.

Thus, one of the most interesting modern examples of self-propelled artillery, while not in great demand, gets a second chance for commercial success. This is facilitated by both the interest from a large potential customer and the recent modernization with the emergence of new functions. Whether this time around the NEMO complex will be able to realize its commercial potential will become clear in the near future.