Throughout most of the Cold War, South Africa was a rogue state due to its apartheid policy, the official policy of racial segregation pursued by the ruling far-right National Party from 1948 to 1994. Various sanctions were in effect against the country, which peaked by the end of the 1980s. The most active policy of tough sanctions against South Africa was carried out by the USSR and the USA, both countries, naturally, were guided by their own motives.

Despite the sanctions pressure, which lasted almost a quarter of a century, and largely due to the imposed restrictions, South Africa was able to create and develop its own military-industrial complex. Ultimately, this allowed South Africa to acquire its own nuclear bomb and develop means of delivering nuclear weapons. At the same time, South Africa remains the only country in the world that, having created nuclear weapons, voluntarily renounced them.

Prerequisites for the development of nuclear weapons in South Africa

South Africa initially focused on the development of peaceful nuclear energy. In fact, the nuclear program started already in 1948, when the South African Atomic Energy Corporation was formed. Until the end of the 1960s, the program developed according to a peaceful scenario. Until that time, the country worked closely with the United States in the framework of the official Atoms for Peace program. The program was authorized and included the sale of an American research nuclear reactor to South Africa. The SAFARI-1 research nuclear reactor was delivered to the country in 1965.

Paying attention to the military potential of nuclear research in South Africa pushed numerous military conflicts and the border war, which the country was drawn into in 1966. The South African Border War, or the War of Independence of Namibia, lasted 23 years from 1966 to 1989 and took place in what is now Namibia and Angola. During the conflict, the South African army faced not only the rebels, but also well-trained forces supported by the USSR, including units of the Cuban army. 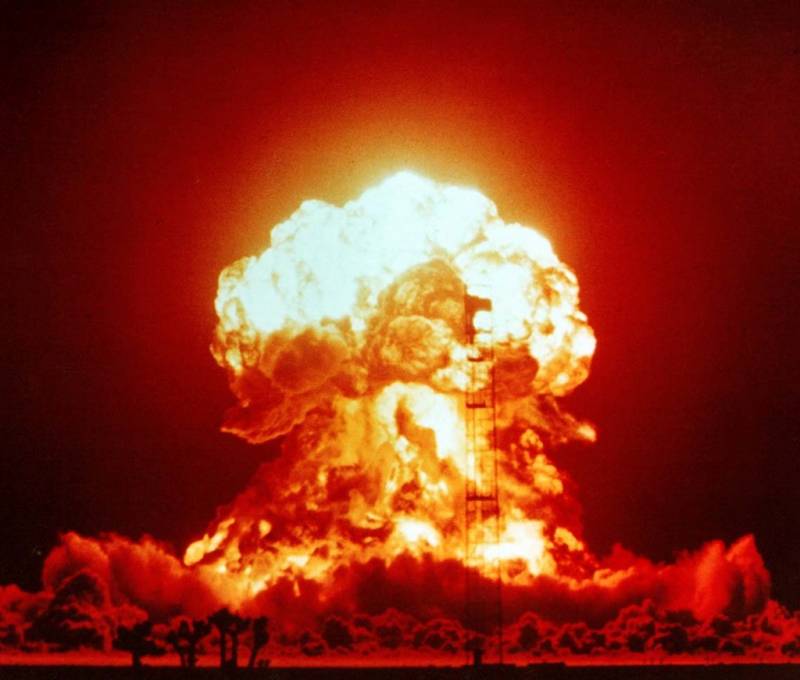 The South African armed forces decided to acquire their own nuclear weapons precisely in the light of their possible use in this conflict that has grown over the years. For this, the country had all four necessary components: raw materials, the ability to enrich the extracted materials to a weapons-grade state, trained and trained personnel, and the ability to produce or acquire components for nuclear weapons.

The easiest way to solve the problem was with raw materials. South Africa has one of the largest uranium reserves on the planet, ranking among the top ten countries for this indicator. According to various estimates, the reserves of natural uranium in South Africa are estimated at 6-8 percent of the world’s total. Back at the end of World War II, it was South Africa that became the supplier of raw materials for the nuclear programs of Washington and London. At that time, about 40 thousand tons of uranium oxide were supplied to the United States alone.

In exchange for the supply of uranium to the United States, specialists and scientists from South Africa were given the opportunity to work at American nuclear facilities. In total, more than 90 technical specialists and scientists from an African country worked in America. This backlog helped South Africa already in the 1970s to start creating its own nuclear weapons. The complete cessation of cooperation with the United States in the nuclear field in 1976 could no longer interfere with the implementation of South Africa’s nuclear program. In addition, the country has found new partners. It is believed that the country was actively developing joint nuclear weapons and delivery vehicles with Israel and Pakistan.

What nuclear weapons were available to South Africa?

The nuclear weapons developed in South Africa were quite primitive and belonged to the models of the first generation of nuclear weapons. The engineers of the Republic of South Africa have implemented the “cannon scheme”. This detonation method is applicable only to uranium ammunition. A classic example of a cannon scheme is the infamous American Kid bomb, which was dropped on Hiroshima at the end of World War II. The power of such bombs is limited to tens of kilotons of TNT. It is believed that the power of South African nuclear charges did not exceed 6-20 kt.

The essence of the “cannon scheme” of nuclear weapons consists in firing a powder charge of one of the blocks of fissile material of subcritical mass (the so-called “bullet”) into another fixed block – the “target”. The blocks are calculated in such a way that when they are connected at the design speed, the total mass becomes supercritical, and the massive shell of the charge guarantees the release of a significant amount of energy before the blocks can evaporate. The design of such charges ensured the prevention of evaporation of the “projectile” and “target” until they collided with the required speed. 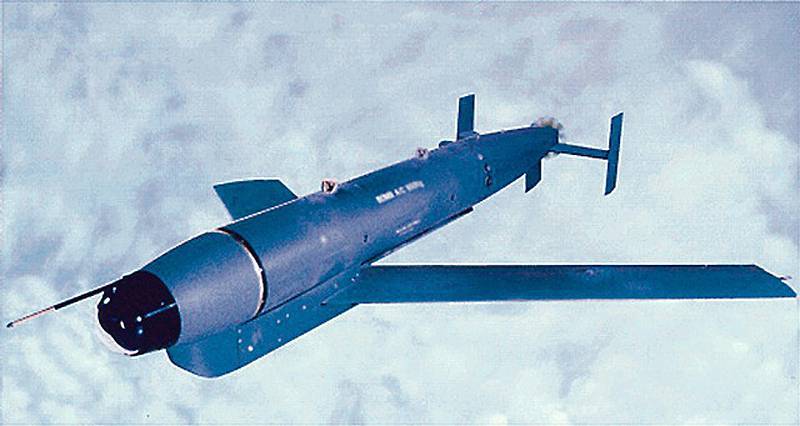 The Raptor I planning bomb, on the basis of which the HAMERKOP nuclear weapon was created in South Africa

It is believed that a total of six nuclear charges were assembled in South Africa, including the first experimental one. The first sample, codenamed “Hobo”, was assembled in 1982, then the device was renamed “Cabot”. The power of the experimental charge was 6 kilotons in TNT equivalent, for five serial samples created later – up to 20 kilotons. One more ammunition remained unfinished until the moment of the collapse of the nuclear program.

Working on the means of delivery of nuclear weapons, South Africa, in fact, was guaranteed to rely only on the simplest aviation method. At the same time, they tried to create their nuclear devices in South Africa with an eye to using various delivery methods, including medium-range ballistic missiles.

But the main stake was made on a nuclear gliding bomb with a television guidance system, codenamed HAMERKOP. From Afrikaans it is translated as “hammerhead”, one of the birds of the pelican family. According to local myths, the appearance of this bird was considered a harbinger of imminent death.

The British two-seater deck attack aircraft Blackburn Buccaneer were considered as the carrier of nuclear warheads. The South African Air Force began receiving these aircraft in 1965, despite the fact that a year earlier the UK imposed an arms embargo on the country. The South African Ministry of Defense has ordered 16 ground-based Buccaneer S50 aircraft from London. These multipurpose attack aircraft were adapted for use in hot climates, additionally received a pair of Bristol Siddeley BS.605 auxiliary engines and did not have folding wings.

The delivery was carried out on the condition that the aircraft will be used exclusively for defensive purposes, including for the protection of sea communications. In reality, the aircraft took an active part in the hostilities in Angola, and were also considered carriers of nuclear weapons. For this reason, the UK later canceled the option to supply South Africa with 14 more similar combat aircraft. 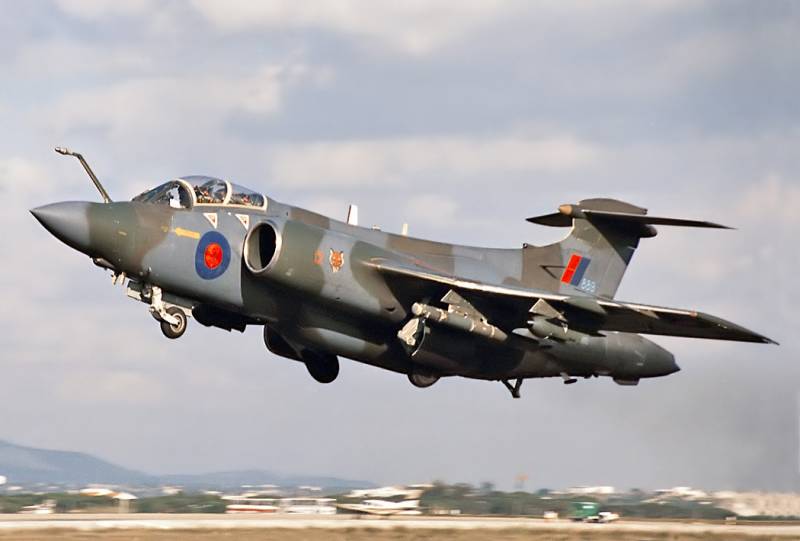 Together with this aircraft, the South African H-2 guided bomb could be used, which later received the designation Raptor I. The basic version of such a TV-guided gliding bomb had a range of up to 37 miles (59.55 km). After the bomb aiming unit had captured the target, the control of the ammunition could be transferred to another aircraft located within a radius of 125 miles from the bomb.

It was on the basis of the Raptor I that an ammunition with a nuclear warhead, called HAMERKOP, was created. This ammunition allowed the use of Blackburn Buccaneer aircraft, also known as Hawker Siddeley Buccaneer, out of the reach of Soviet-made Cuban air defense systems. Later, on the basis of this ammunition, already in the 1990s, the Denel Raptor II guided gliding bomb was created, which was exported to Algeria and Pakistan. It is also believed that South African specialists could help Pakistan to create its own Ra’ad cruise missile, equipped with a nuclear warhead.

They also tried to create their own ballistic missiles in South Africa for the delivery of nuclear weapons. South African engineers worked closely with Israel. For this, it was planned to use the RSA-3 and RSA-4 launch vehicles. Israeli Shavit rockets were built under these brands as part of the South African space program.

At the same time, the missiles turned out to be incompatible with rather large nuclear warheads. And the capabilities of the scientific and industrial complex of South Africa did not allow bringing this project to its logical conclusion in the 1980s. Ultimately, the preference was given to simpler and more affordable aviation ammunition.

The decision to abandon nuclear weapons was made by South Africa in 1989, even before the abolition of the policy of apartheid and the coming to power of Nelson Mandela. All six collected bombs and ammunition at the assembly stage were disposed of. In 1991, the country signed the Nuclear Non-Proliferation Treaty. On August 19, 1994, the IAEA mission completed its work in the country, which confirmed the fact of the destruction of all nuclear weapons, and also expressed satisfaction with the transition of South Africa’s nuclear program exclusively to a peaceful channel. 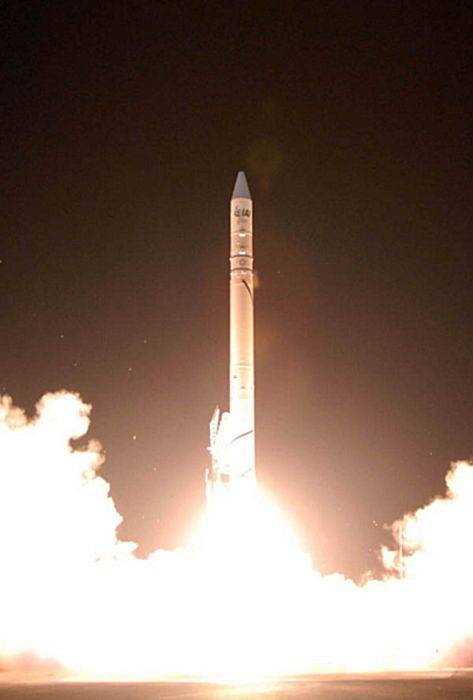 The decision to renounce nuclear weapons was made, among other things, taking into account the opinion of the country’s military circles, which, based on many years of experience in transborder military conflicts, did not reveal the need and need for the use of such weapons. The actual end of the 23-year-old South African border war also played a role.

The New York Agreements signed in 1988 prescribed the withdrawal of South African and Cuban troops from Angola and the granting of independence to Namibia. The military need for possession of nuclear weapons was completely eliminated, and it could take decades and huge financial investments to develop effective means of delivering weapons outside the African continent.

The advantage of the voluntary renunciation of nuclear weapons was the process of restoring stability in the region, as well as returning confidence in the country and improving relations with South Africa in the international arena. A country whose image was thoroughly damaged by years of oppression of the indigenous population and the secret development of nuclear weapons, which at the same time never claimed the role of a world superpower, such a political decision was only in hand.