In the second quarter of 2020, the Serbian army adopted the new M19 modular automatic rifle. A feature of the weapon is not just the replacement of barrels of different lengths, but also the bicaliber performance. The weapon can be transformed for the use of two ammunition. The old widely known Soviet intermediate cartridge 7.62×39 (model 1943), which is still one of the most common on the planet, and the new 6.5×39 mm Serbian cartridge, built on the basis of 6.5 mm Grendel ammunition.

The first contracts for the supply of new M19 assault rifles can be signed as early as the fourth quarter of 2020. According to the online publication “About Serbia in Russian” RuSerbia.com, the main caliber in the units that will receive the new modular M19 assault rifle will be 6.5 mm. In turn, taking into account the large stocks of 7.62 mm cartridges, it will be more rational to use them for training purposes, at training camps. Also, it will always be easy to switch to 7.62 mm, in case of a shortage of new ammunition, since the weapon’s capabilities allow easy transformation from one caliber to another.

The new Serbian modular machine gun M19 (Modularna automatska cannon) has been developed and manufactured by Zastava Arms (Zastava Oruzje). This is a modern example of automatic small arms that can be easily adapted to any combat situation. The weapon has a simple design and is suitable for use in any combat situation, including easily transported in armored vehicles due to the folding stock. The assault rifle is produced in two main calibers: 7.62×39 mm and a new one – 6.5×39 mm. The latter, according to Serbian journalists, will soon become the main one in the Serbian army. 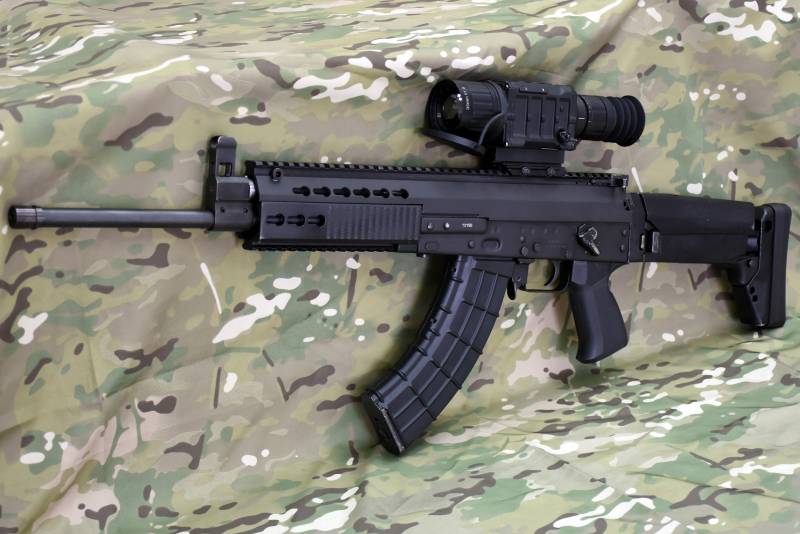 The weapon can really be attributed to simple and ergonomic models, largely due to the fact that (like the Russian AK-12/15) this is still another modernization of the Kalashnikov assault rifle circuit. True, the modernization was carried out at the most modern level. The M19 is a modular piece of small arms. At one time, Serbian developers called their model the world’s first assault rifle with interchangeable barrels. In this case, the shooter, if necessary, can not only install a barrel of different lengths on his weapon (it is known at least about the variants of the 415 mm and 254 mm barrels), but also change the caliber of the weapon. The weapon is bicaliber: interchangeable barrels are available in calibers 6.5×39 mm and 7.62×39 mm. Along with changing the barrel, the shooter also changes the store. On the website of the Zastava Arms company it is reported that magazines for 30 rounds are used with 7.62×39 mm cartridges, and box magazines for 25 and 20 rounds are available for the 6.5×39 mm caliber.

If necessary, the shooter can independently replace the barrel, transforming the weapon for the combat mission to be solved. At the same time, no structural changes need to be made – the barrel in the Serbian M19 assault rifle is fixed using a specially developed mechanism on the receiver and, if necessary, can be easily detached from the weapon. Already traditional for modern models of small arms is the presence of a long Picatinny rail on the upper part of the receiver, the cover is non-removable (there is also a lower bar). Together with the assault rifle, the Serbian M-20 optical sight and the HT-35 thermal imager can be used. 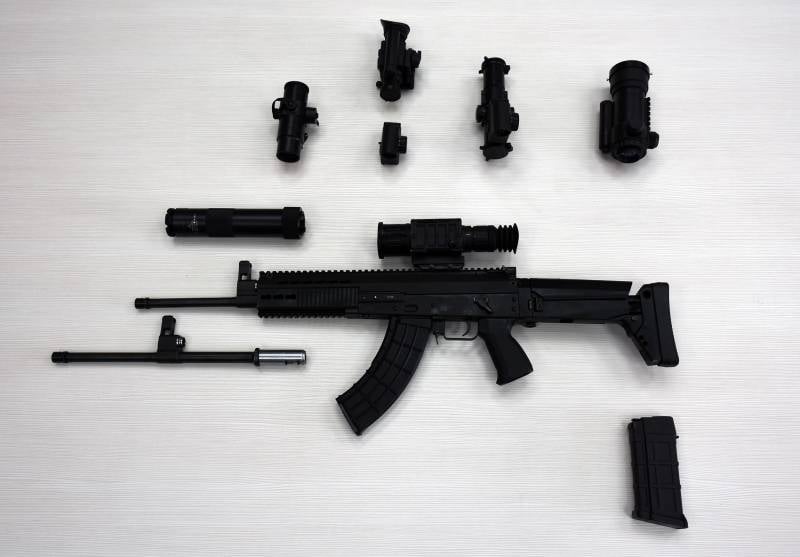 Also quite traditional for modern modular small arms is the presence of fire switches and bolts on both sides of the machine, which simplifies the use of weapons by left-handers. The modular M19 assault rifle is equipped with a telescopic folding stock. The rear pistol grip has an improved ergonomic shape. It is reported that the developers carried out the profiling of the machine in such a way as to provide the shooter with a better grip to increase the accuracy of shooting, especially when firing in bursts.

What is known about the Serbian 6.5 mm cartridge

If the new Serbian assault rifle was developed by the designers of the Zastava Armse enterprise (Kragujevac), the ammunition for it is improved and produced by the Prvi Partizan enterprise (Uzice). The new Serbian cartridge 6,5×39 mm is based on the 6,5-mm ammunition for sport shooting and hunting Grendel. This low-impulse intermediate centerfire cartridge was invented in 2003 in the USA by designers Arne Brennan and Bill Alexander. Initially, the cartridge was created for sports / tactical models of small arms built on the AR-15 platform, but over time it has spread around the world and has adapted to other popular small arms platforms. At the same time, the Serbian army is almost the first to switch to new ammunition. 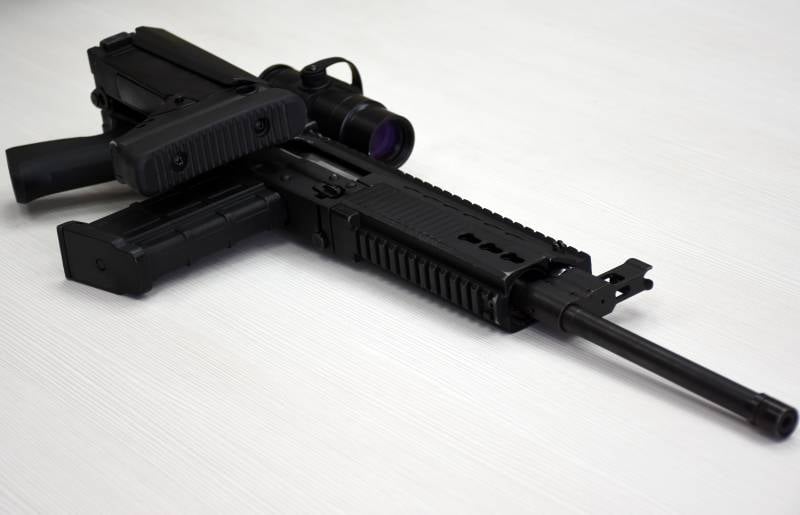 The cartridge developed in the United States, which the Serbs will produce at the plant in Uzice, their own version, still has Soviet roots. It was made on the basis of the Soviet intermediate cartridge 7.62×39 mm, inheriting the sleeve from the latter. According to the official website of the Prvi Partizan company, it is already producing a new 6.5×39 mm ammunition, at least in three versions, two of which are obviously intended for hunting. In this case, the characteristics of the produced cartridges in any case give an idea of ​​the new ammunition.

Serbian ammunition A-484 (FMJ BT) and A-485 (HP-BT) are made in the performance of BT – Boat Tail, which literally translates as “boat tail”. These bullets have a distinctively recognizable shape – they have a noticeable tapered taper at the rear. This design provides bullets with a high muzzle velocity, and also stabilizes them in flight. Such bullets lose speed less along the entire flight path and are less blown away by the wind. 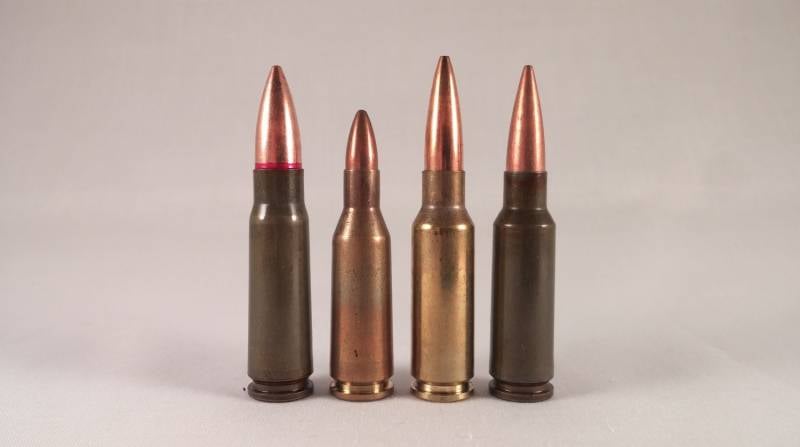 The first cartridge 7.62×39 mm, the third and fourth 6.5 Grendel with different bullets

According to the official website of the Ministry of Defense of Serbia, the new machine guns with 6.5 mm ammunition are able to effectively engage group and individual targets at a distance of up to 800 meters. It is reported that the servicemen of the Serbian army have already had the opportunity to make sure of the quality and effectiveness of new weapons and ammunition for them in the range conditions, primarily at shooting ranges. It is noted that the Serbian military personnel appreciated the reliability, accuracy and ergonomics of the new rifle complex.

The 6.5 mm cartridge created by Prvi Partizan is conceptually based on the Grendel 6.5 mm sport shooting and hunting cartridge. The ammunition has a similar design, ballistic solutions and functional characteristics, while being adapted for use in automatic and semi-automatic weapons. According to the Serbian Ministry of Defense, the Serbian military used two new types of cartridges at the training grounds: with a 6.5-mm all-metal bullet and a brass sleeve and with a 6.5-mm armor-piercing bullet and a brass sleeve. 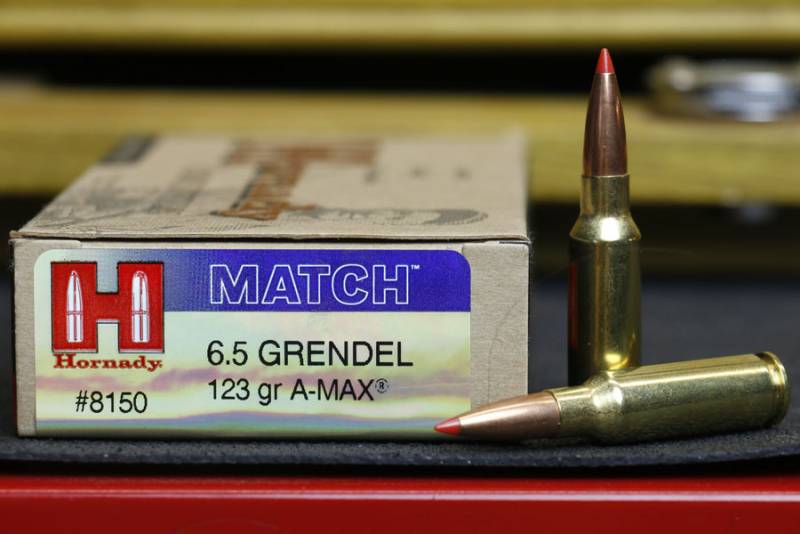 It is reported that in terms of its ballistic parameters and characteristics, the new Serbian modular machine gun for 6.5×39 mm ammunition has significantly better firing characteristics than weapons for 7.62×39 mm or 5.56×45 mm NATO cartridges. Superiority is achieved due to the better aerodynamic properties of the bullet, which, with a similar initial energy and without a significant increase in recoil when fired, provides a more flat trajectory, a lower drop in the bullet flight speed, and a higher final kinetic energy. It is reported that thanks to this it is possible to provide a more stable bullet flight at long firing distances. The latter directly affects the increase in the accuracy of shooting from weapons. Also, the Ministry of Defense of Serbia emphasizes that the striking properties of the ammunition (lethality) and armor penetration have increased at all effective firing ranges. 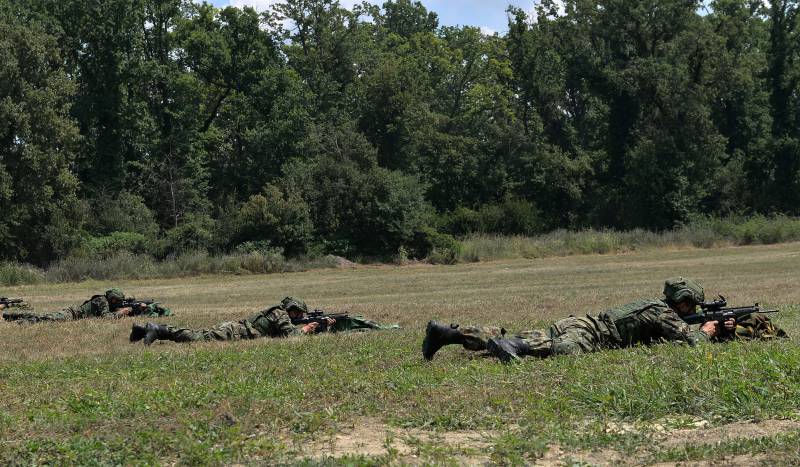